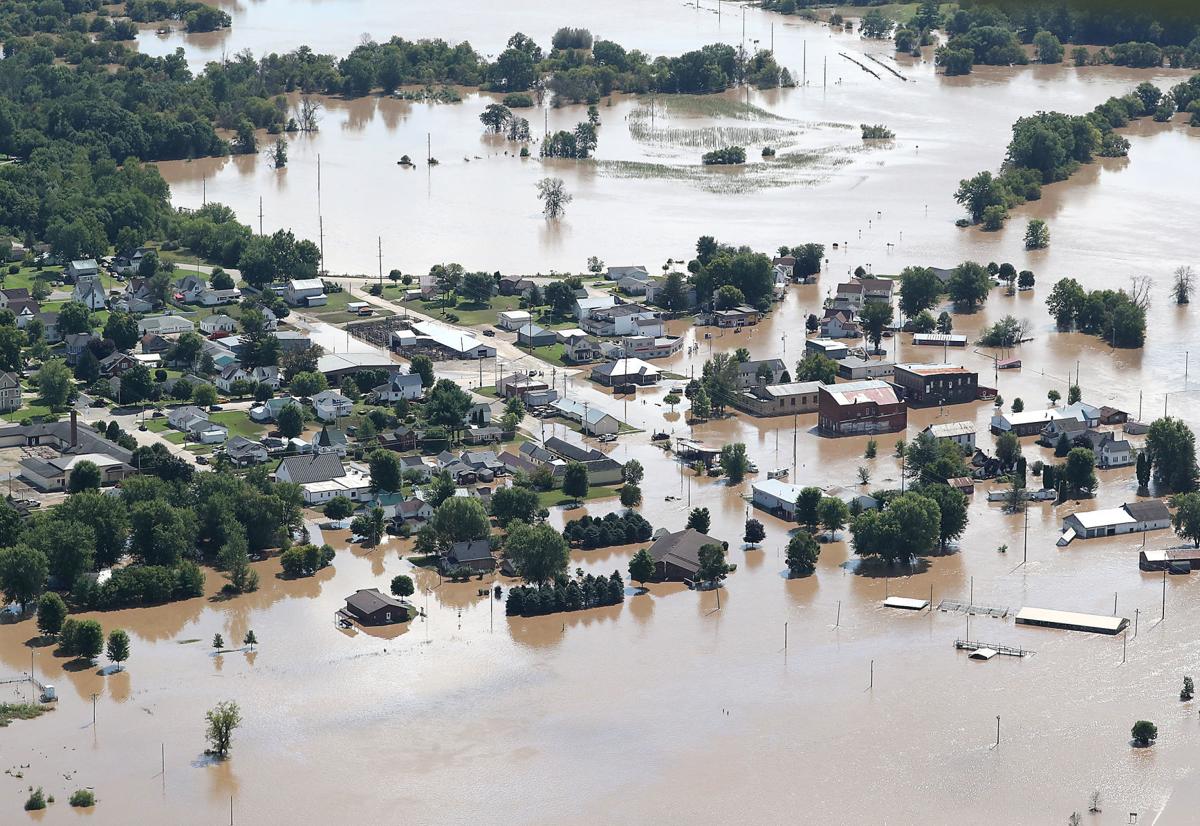 The aerial photograph shows the extent of the flooding Wednesday in Viola in southwest Vernon and Richland counties. 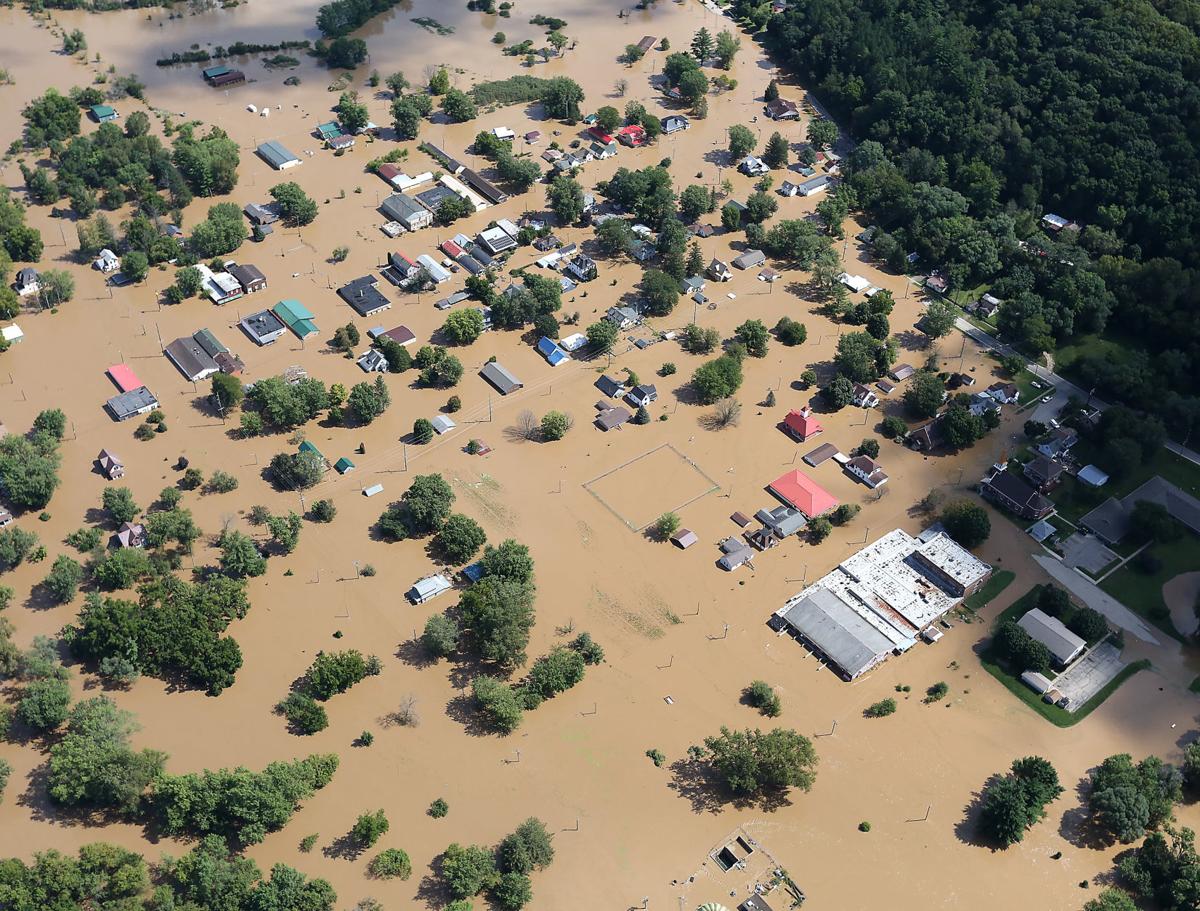 Western Wisconsin is still wading through the aftermath of record-setting flash floods, which reduced the region Tuesday and Wednesday to a hellscape of swamped neighborhoods, ravaged cropland and washed-out roads.

In Vernon and Crawford counties, where the effects of torrential rain and overflowing rivers could be felt the hardest, officials and volunteers are scrambling to clean up their communities and determine the extent of the damage.

“The water is starting to recede in some areas, and people are busy cleaning out their homes, getting ready to decide what to do with their homes,” said Linda Nederlo, public information officer for Vernon County’s emergency management department. Even for a region that has grown accustomed to floods, she said, this week’s devastation stands out.

“All of us who have worked these floods since 2007 have said this is the worst one,” Nederlo said. “The water just got so high.”

The Kickapoo River, which runs through the eastern part of the county, rose to 25 feet in some areas after roughly a foot of rainfall.

Communities including La Farge and Viola spent days without power.

And some roads were closed indefinitely due to structural damage from the floodwaters.

Coon Valley, near the northwest corner of Vernon County, became a gathering place for media and elected officials to see the worst of the damage — from crushed gazebos and mud-caked houses to crumbling bridges.

Gov. Scott Walker toured Coon Valley on Wednesday, vowing to work with local officials “to make sure people are safe in the area.”

In Crawford County, the village of Gays Mills was almost completely engulfed by floodwater in the hours after the storms.

Jim Hackett, the county’s emergency management coordinator, credited roughly 400 workers and volunteers for responding to the disaster and preventing its effects from “being a lot worse.”

According to Hackett, that can be chalked up to experience.

For the past decade, Crawford and nearby counties have been caught in a cycle of devastation and reconstruction caused by floods that seem to rush into towns every August.

“We were able to prepare,” Hackett said, “for what we knew was going to come.”

But it’s not just infrastructure that has been damaged or altogether destroyed.

The University of Wisconsin-Extension in La Crosse County expects farmers to contend with major crop losses in the coming weeks.

Corn is at high risk of fungal or bacterial contamination, officials say, and soybeans could be in rough shape, depending on how long they were under water.

“If your garden was flooded, it’s important to know where the floodwater came from — whether it was river or sewage,” she said. “Even it it came from a river, that water went over lawns or roads that might have had curbside residue or treatments. It’s probably best to just avoid eating those fruits and vegetables.”

While western Wisconsin had a chance to dry out late in the week, forecasts for rain over Labor Day weekend and into next week threaten to produce even more flooding.

Thunderstorms are possible Sunday through Thursday, according to the National Weather Service, though it’s difficult to predict the precise path of each cell.

Asked whether Vernon County could absorb another inch or two of rain, Nederlo sighed.

“Probably not,” she said.

Rain Tuesday night and Wednesday did more damage, close some schools sent rivers toward a second, albeit lower, crest. But the clouds moved ou…

Rain-soaked Vernon County was bracing for even more precipitation Tuesday night as yet another band of storms prepared to move in.

Timeline: A decade of floods

The aerial photograph shows the extent of the flooding Wednesday in Viola in southwest Vernon and Richland counties.