PLAINS, Ga. — As you’d expect, the president played to a packed house.

They came from all over, from upstate New York to Texas, Florida and the red clay country of Georgia. They came from London, Germany, Ontario and Korea. Young and old. Whole families and folks like me, traveling alone. There were young soldiers from nearby Fort Benning and grandmothers shushing restless tots, already tired with a long morning ahead — starting time was 10 a.m., but some folks, anxious to get a good seat, had started lining up at 8 the previous evening. Anyone who didn’t take the president’s cue and arrived more than an hour before daybreak was likely left without a place.

It was hardly a Trump rally. Instead of an arena or convention hall, the venue was a small county Baptist church, a low, modern brick building with little to distinguish it from the hundreds of rural churches that dot the southern countryside.

Throwback Thursday: When Jimmy Carter dropped in on the Winona DFL picnic

Editor’s note: This story originally appeared in the Sept. 15, 1975 edition of the Winona Daily News.

With one exception. This is the president’s church — President Jimmy Carter, that is.

Three months shy of 95 years old, nursing a brand-new hip to replace the one he broke when he tripped on his way turkey hunting just a few weeks ago, Jimmy Carter is moving a little more slowly these days, but his grin is wide as ever. At least twice a month he still teaches Sunday school at the Maranatha Baptist Church and speaks his truth — about politics and Jesus — to whoever wishes to come.

On Sunday, I was there.

As a good teacher, he got our attention right away. “I agree with President Trump,” he said — then went on to explain.

“I agree with the decision not to take military action against Iran.”

“We’re supposed to be a Christian nation,” he said, “but we’re known throughout the world as the most warlike nation on earth.” He pointed out that of the 242 years since the ratification of the Constitution, for only 16 has America been at peace.

Christians should presumably prefer peace over war, he said, but it appears the American people prefer war. They appear to believe if we drop bombs on other people as long at the American pilots dropping the bombs return unharmed, the bombing is OK.

THROWBACK THURSDAY: Winona was ‘on the way’ for presidents

Editor’s note: This story was originally published on Sept. 16, 2001, as part of our History and Heritage sesquicentennial section.

“That is why I was gratified by President Trump’s decision not to take military action,” Carter said.

He reminded us that he, his father and his son had all served in the military, and asserted that there is no doubt that America is a superpower, that no one can militarily challenge the United States.

But there is a better way for the United States to be recognized as a superpower, Carter insisted. To be known as the world’s undisputed champion of human rights. “And we have been in the past,” he said, “but we aren’t now.”

“We should be the world’s champion of peace and the custodians of God’s creation.”

He quoted theologian Reinhold Niebuhr: “The duty of government is to establish justice in a sinful world.”

How do we do that? Carter reminded us of the incident from the Last Supper as told in the Gospel of John. Jesus took a towel and basin, got on his knees and, one by one, washed his disciples’ feet. Jesus said he was giving us an example — what he had done we are to do also.

“It’s not easy,” Carter conceded, “especially if it’s someone you don’t particularly like.” But Jesus taught that this kind of servant leadership was the way of God’s Kingdom, “and God’s kingdom on earth would be a great improvement over the situation we are in now,” the president said.

“I want you to remember these things,” he said in closing.

Jerome Christenson is a former reporter, columnist and editor at the Winona Daily News. 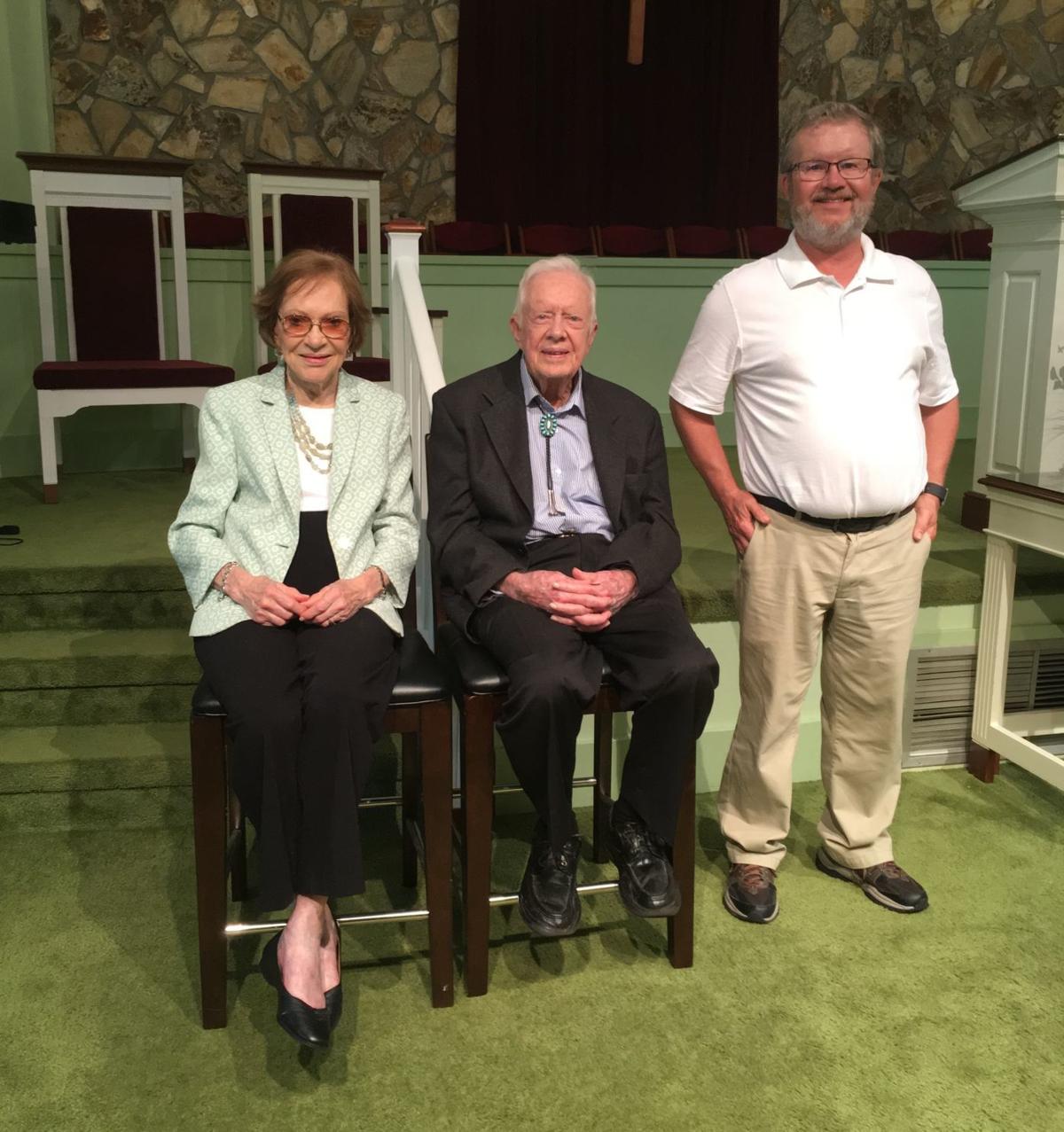 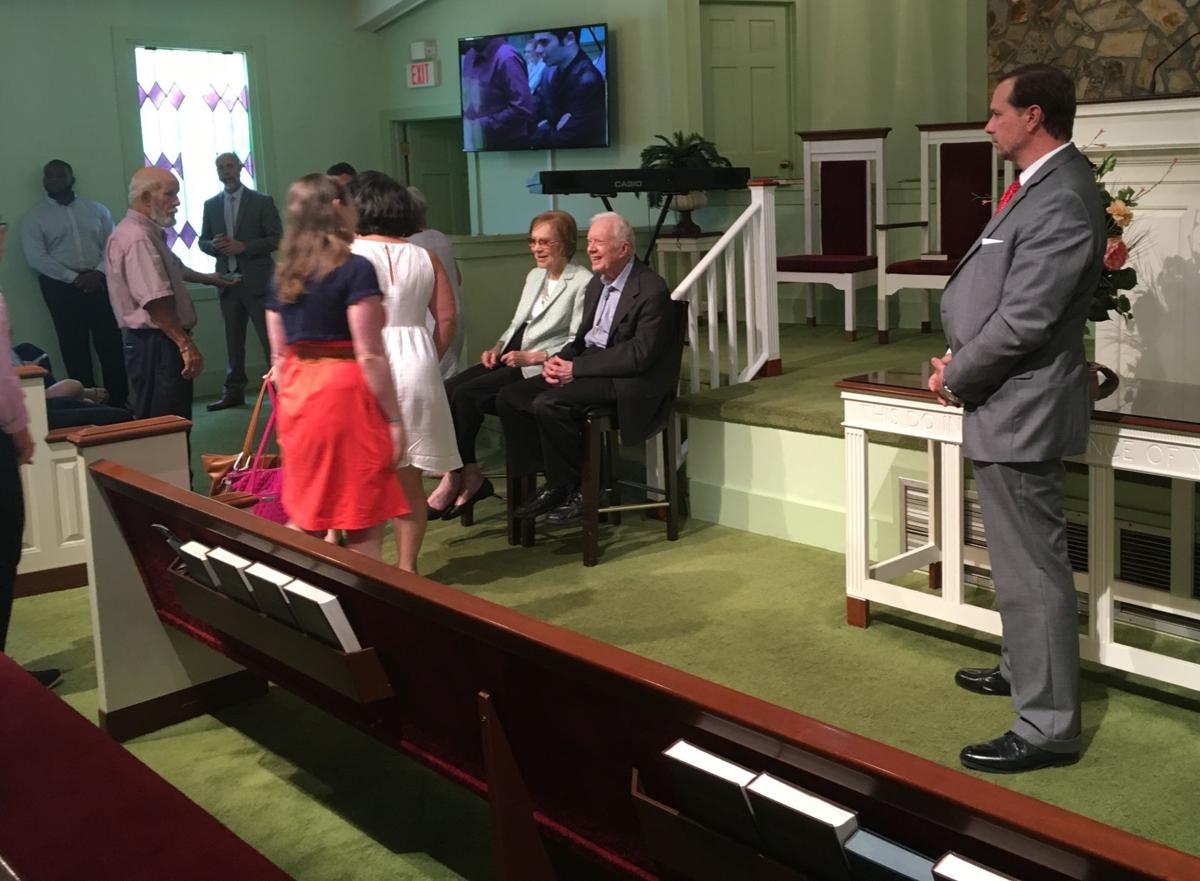