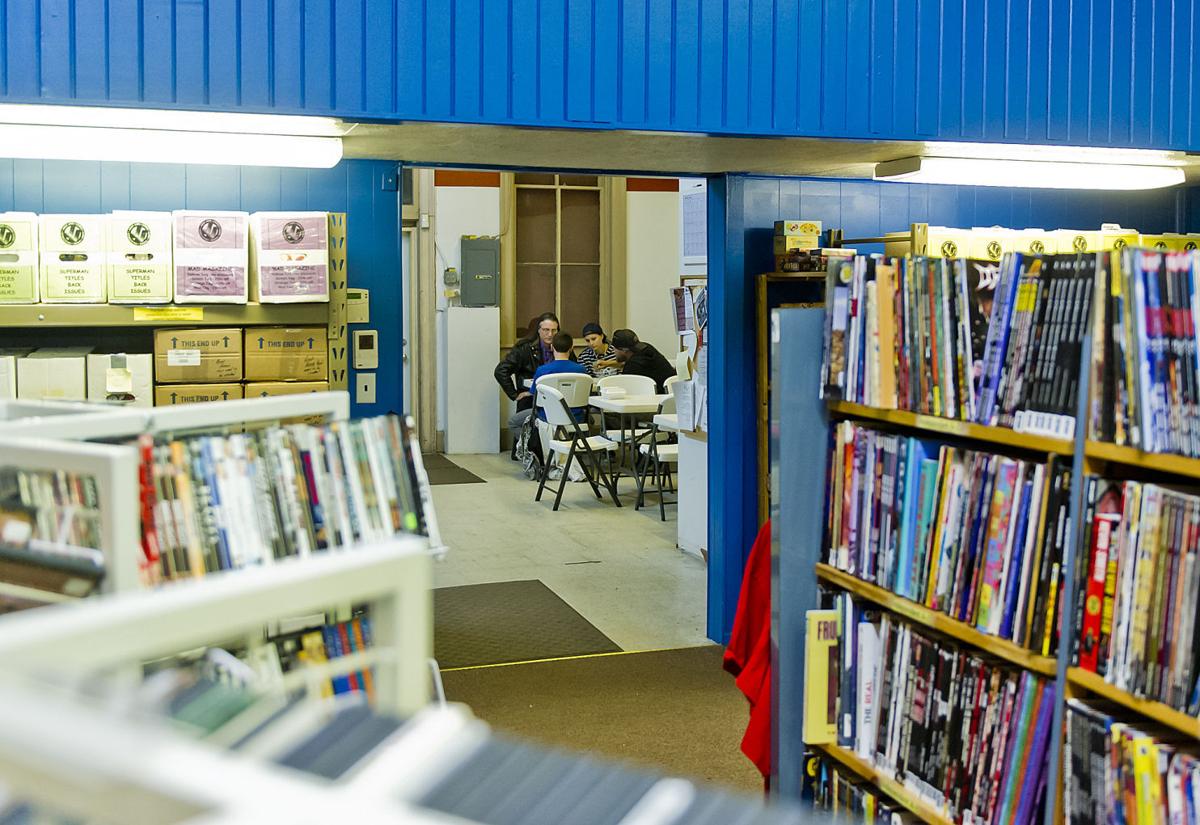 Gamers play board games at Jimmy Jams Thursday during Board Game Night in Winona. The store is celebrating its 20-year anniversary this weekend with visits from comic book artists. 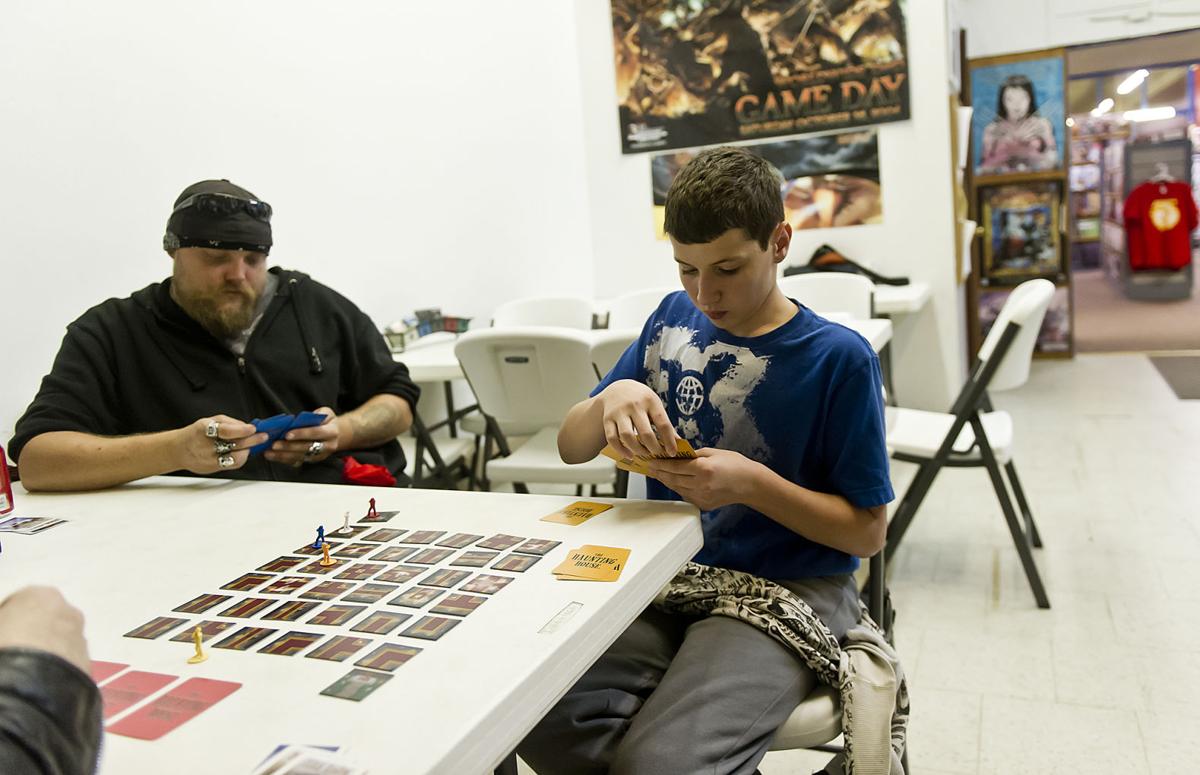 14-year-old Walker Crum searches for the right card Thursday, Nov. 6, 2014, while playing "The Haunting House" during Jimmy Jams' Board Game Night in Winona.

Bill Willingham, Christopher Jones, Pat Gleason, Gordon Purcell. The names might not ring a bell right away, but to anyone who reads comic books, these artists are household icons.

Jimmy Jams store owner Jim McCauley said it wasn’t particularly hard to get these superstars to come visit his store, sign memorabilia, and create commissioned sketches for customers. They live nearby, and were familiar with McCauley’s store.

“I suppose being around 20 years kind of helps,” McCauley added.

For folks who aren’t familiar with the comic book world, McCauley was quick to say how much the anniversary event — and his store in general — has to offer.

On Saturday, he’ll have sales on board games and other items. A charity auction benefiting Winona Volunteer Services will feature items related to comics, games and movies.

The store itself has plenty of DVDs, video games, board games, cards, and of course, comic books. Since McCauley started carrying DVDs about 10 years ago, he’s noticed they are almost always a hit. He’s tried to carry something for everyone, comic book fan or not.

After 20 years in business, McCauley said a major highlight has been seeing patrons grow up. He’s watched some folks who came into the store as 8-year-olds now bringing their own kids to browse the shelves.

“Being around that long is kind of humbling,” he said.

McCauley said his loyal customer base has kept the store going — even though Winona’s not a metropolis. “It’s not easy to make it work in a small town,” he said. Jimmy Jams customers typically frequent the store for game nights or to try out a new game with some friends. Tables and demo games are available any time the store is open.

“It’s kind of its own little community,” he said of the store’s regulars.

Jimmy Jams' 20th Anniversary celebration on Nov. 8 will include visits from famous comic book creators, a charity auction, sales throughout the store and other activities. All are welcome.

Bill Willingham, Christopher Jones, Pat Gleason, and Gordon Purcell will be in Jimmy Jams in Winona from 10 a.m.  to 2 p.m. this Saturday. Willingham, Jones, and Purcell will then travel to La Crosse to visit River City Hobbies from 3 to 7 p.m.

Gamers play board games at Jimmy Jams Thursday during Board Game Night in Winona. The store is celebrating its 20-year anniversary this weekend with visits from comic book artists.

14-year-old Walker Crum searches for the right card Thursday, Nov. 6, 2014, while playing "The Haunting House" during Jimmy Jams' Board Game Night in Winona.