The $42 million La Crosse Center renovation and expansion will move forward with a round of applause and unanimous consent from the city’s Common Council, which also voted Thursday to increase the 2021 salary of the council and mayor.

The council voted 12-0 to accept the compromise put forth by La Crosse Mayor Tim Kabat and Council President Martin Gaul last week, which adds another 3,000 square feet to North Hall and includes solar panels on the roof of the arena, thanks to change in scope for the maintenance portion.

“The La Crosse Center Board, our staff, the stakeholders and really the community has done a phenomenal job over the last months to really come up with the concept that I would argue is a better concept than what we saw last year,” Kabat said.

Gaul pointed out that there were some differences of opinion about the larger concept proposed last July, but said the concept met guidelines laid out by the council and kept within the $42 million budget.

“The concept we have tonight has got pluses and minuses for some folks in this room — there’s no getting around that — but the bottom line is that in front of us is a smart compromise that we need to move forward on,” Gaul said.

The compromise came about thanks to a $4.2 million contract with Johnson Controls Inc. to upgrade four different city buildings, including the La Crosse Center. Kabat agreed to include the lighting and heating upgrades that had been planned to be done in the maintenance portion of the project, freeing up $1 million in the expansion budget; however, he called on the council to include a solar panel array in the concept to keep an eye on sustainability and keep energy costs for the building down.

The approved concept for the project, which is expected to add another $6 million to the center’s existing $38 million economic impact, adds a second ballroom to the facility, as well as additional meeting rooms, an atrium and a skywalk connecting two sides of the building on the western side. There are also plans for a rooftop garden terrace over North Hall and a solar array. The project also includes about $6 million in maintenance.

Council member David Marshall summed up the feeling of the council members, saying, “I can’t be more pleased with how this ended up.”

The next step is deciding on exactly what the financing plan will look like. The city is considering either 20- or 40-year bonds, as well as raising the room tax. City officials have also discussed requesting additional funds from La Crosse County.

While the financing plan is being worked on, the architects and La Crosse Center Board will start refining specific features and materials.

“Very soon we’ll have visuals and we’ll see what this is going to look like, and I think everyone is excited to see that,” Kabat said.

The increase marks the first salary increase for the mayor since 2009.

“We haven’t done that in a while and it’s in the best interest of the city that we do this,” Marshall said.

Council member Doug Happel agreed, saying that the city needs professional-level compensation for the person responsible for the city’s policies and functions.

“If we are a professional organization, we should compensate the person who is in charge of all of the department heads at an appropriate level,” Happel said.

Janssen said she agreed with the argument, but would prefer a smaller increase than the one proposed.

The change goes into effect after Mayor Kabat’s term ends, as do the approved changes to the council salaries.

The council voted 9-3 to give the next council a raise, with members Andrea Richmond, Scott Neumeister and Gary Padesky objecting.

Council member Jacqueline Marcou proposed increasing the wages to $700 a month for regular council members and $900 for the council president, arguing that the compensation is critical in encouraging more people to run for public office, especially those who would need to find child care or take time off from their day job to make it work.

Richmond argued that perspective council members should run out of a civic duty, recalling times when she attended council meetings that went to 1:30 in the morning, while also working 40-hour weeks when she first was elected.

“I made it work. I’m not a rich person. I do it out of my duty to volunteer,” Richmond said.

However, other council members added that people with day jobs and single parents should also have the opportunity to do their civic duty.

“This should not be the purview of business owners and old retired guys to serve on this council,” Gaul said.

The couple told police the children were caged due to issues with discipline and incontinence and that confining them was the only way to keep them safe.

The La Crosse woman police have been searching for since late last year was charged Friday in La Crosse County Circuit Court. 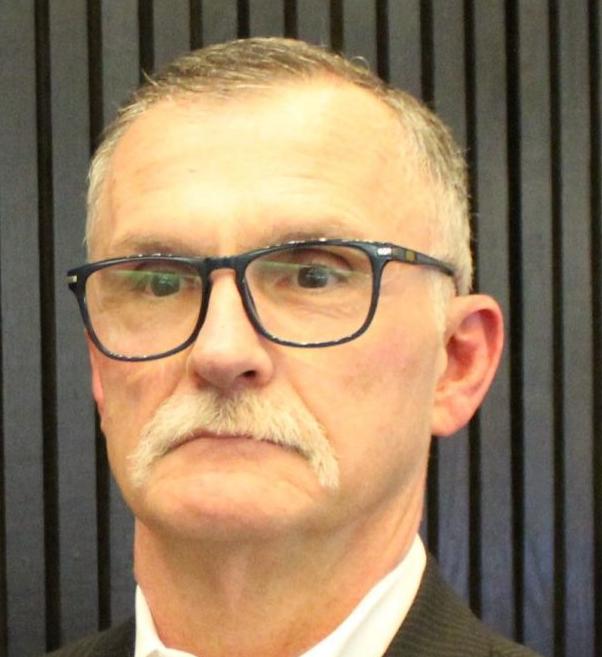