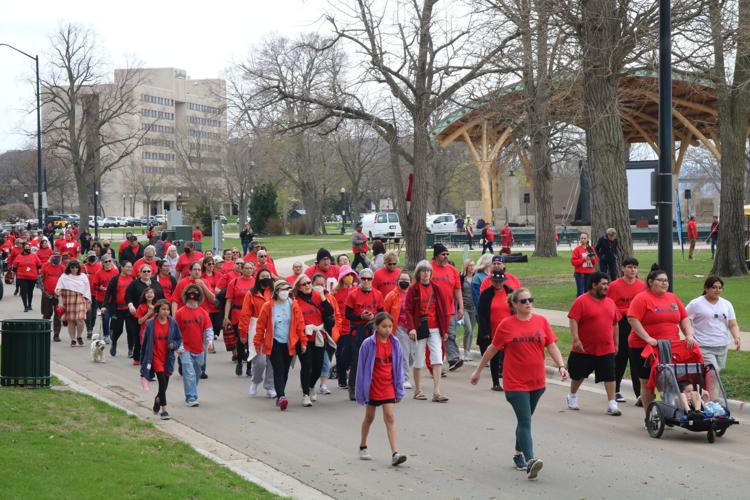 A march is held in La Crosse on Thursday to draw attention to the plight of indigenous women in the U.S. 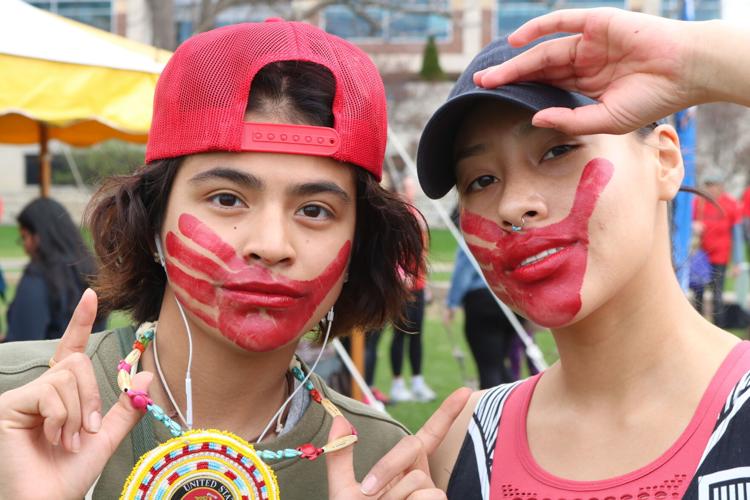 Ciara Dominguez and Destina Warner from the Wisconsin Dells join the rally. Dominguez is stationed in Japan with the U.S. Marine Corps. "I came in to support my family," she said 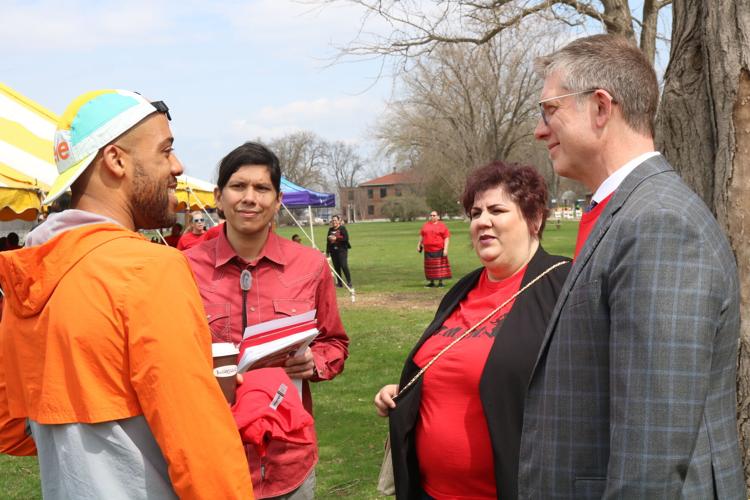 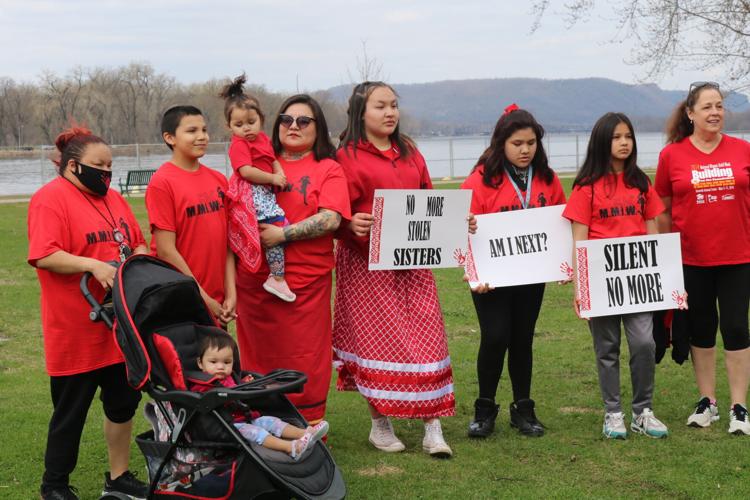 Greg Kirscher For the Tribune

Native Americans statewide gathered at Riverside Park this week to kick off the first of what will mark an annual Day of Awareness in La Crosse for recognizing the crisis of abused and missing tribal women.

Most dressed in red, some wearing the red hand symbolizing the missing sisters whose voices are no longer heard.

After Reynolds, Justine Rufus told the crowd, “This issue has been ignored far too long, It’s time for action.” Rufus co-chairs the Wisconsin State MMIW Task Force initiated in 2020 by Attorney General Josh Kaul when legislators in Madison failed to pass it as a bill. Rufus also said that murder rates are 10 times higher for indigenous women than other ethnicities.

In an earlier interview, Rufus laid out the direction of the Task Force. “Our job is to come up with statistics and create an implementation plan,” she said. “Early on we recognized our lack of data.”

Rufus also noted that “we don’t have the necessary tools to protect ourselves.” Those tools come in the form of solutions involving “new laws, building networks, offering support services and obtaining funding for “putting boots on the ground,” she said.

Looking over the crowd, Casey Brown, Ho-Chunk public relations officer and event coordinator, saw progress. “This isn’t a minor thing,” he said.” It’s good to get leaders to come out. This starts a dialog; that’s how you get change to happen.”

According to Brown, while one of the biggest hurdles is public awareness; moving on to resolving issues is the next step. “I see this as a PR guy,” he said. “Things are addressed in ceremonies but need to be followed up with policy and action.”

And that’s what those who attended the event were hoping for. Like Myah Decorah from Wittenberg who came to honor her sister. A mother of three, her sister left Wisconsin but was murdered in Nebraska in May of 2020.

And Debra Cloud of Odanah who knows of two Wisconsin ladies — one murdered in the Twin Cities and one still missing. “Almost everyone knows someone whose gone missing,” she said. “I’m really happy this is happening.”

Erica Hawpetoss, Ho-Chunk Nation Domestic Abuse Division Director, saw the day as a family coming together to foster unity. The problem has reached epidemic proportions, she said. “And events like this help tribes to use their voice and not be silent. We’re fighting for the safety of our people.”

And she looked for hope. “One of our overall goals is to bring healing.”

A march is held in La Crosse on Thursday to draw attention to the plight of indigenous women in the U.S.

Ciara Dominguez and Destina Warner from the Wisconsin Dells join the rally. Dominguez is stationed in Japan with the U.S. Marine Corps. "I came in to support my family," she said