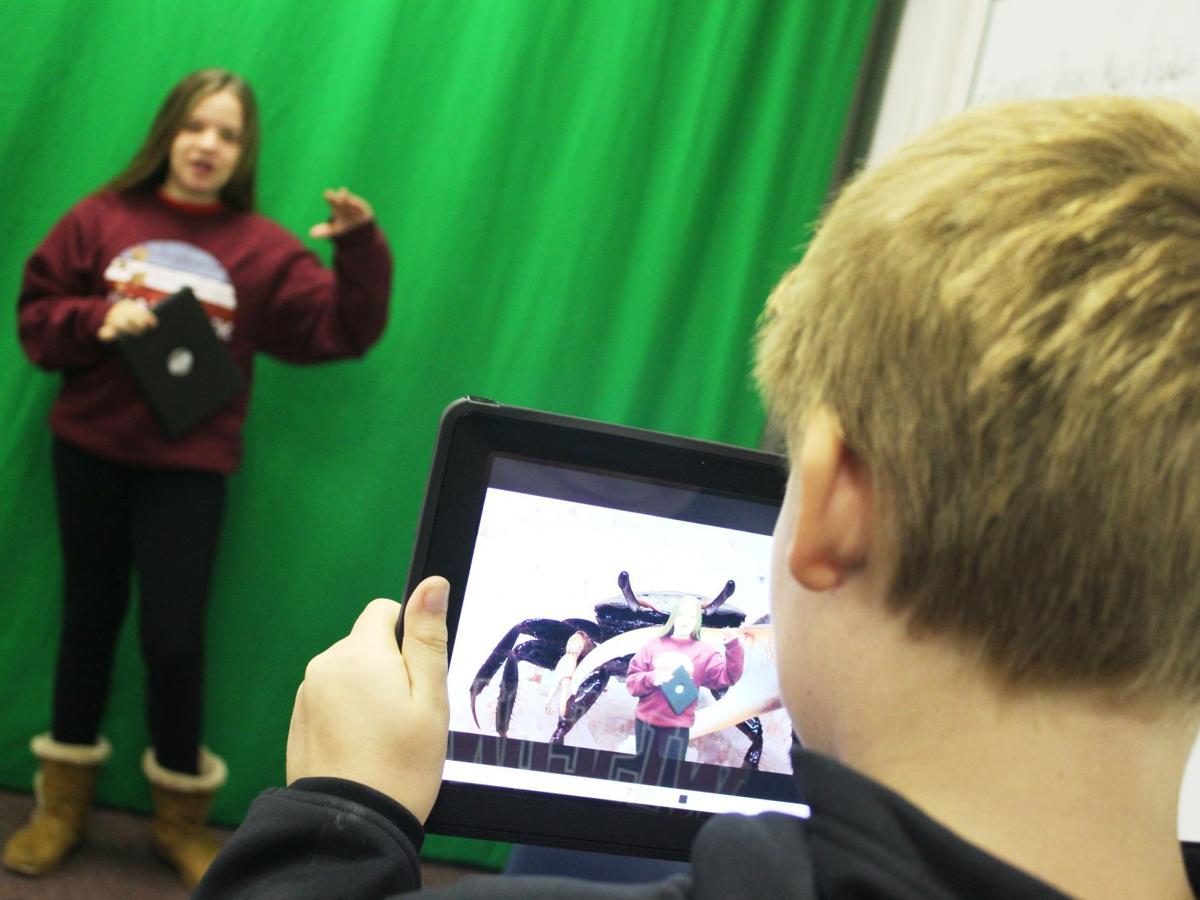 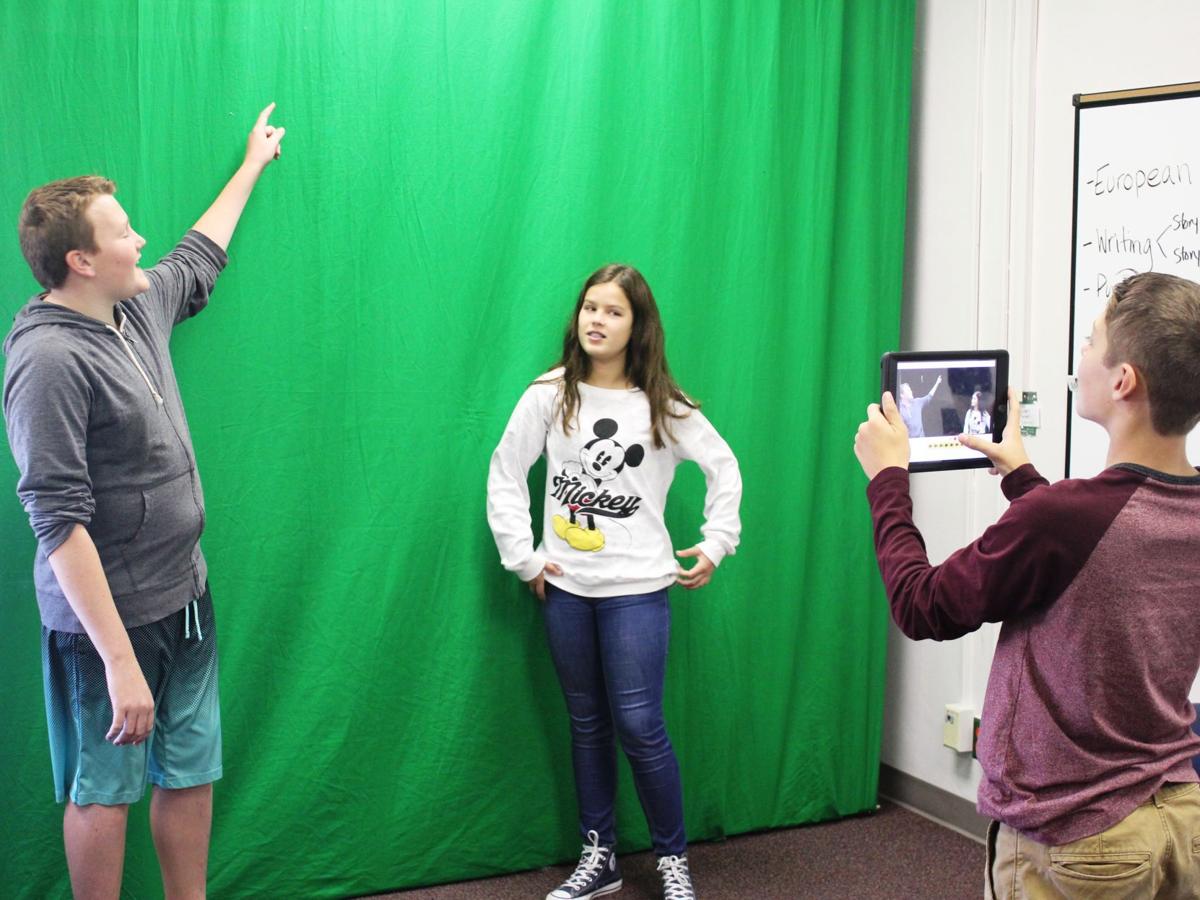 Longfellow seventh-grader Alex Weinberger (right) films with his iPad while Nick Teff (left) and Ava Blegen (middle) try to convince viewers the hissing cockroach would be a “warm and fuzzy” addition to the insect zoo as part of a science project using green screen technology.

Longfellow Middle School students are using green screen technology to transport themselves and their classmates to new worlds of learning.

Seventh-grade students in Jeanne Halderson’s social studies and English language arts class and Liz Ramsay’s science and mathematics class are the first to field-test the green screens in the schoolwork. Halderson received a $1,000 grant from the La Crosse Public Education Foundation to provide 34 green screens to students in the La Crosse School District’s three middle schools as well as train staff on their use.

So far this semester, students have used the green screens to create comic books, tell stories and pitch their classmates on different types of bugs to fill their zoo in science class as well other ideas on how to use the technology to make their coursework more interesting. While the foundation provided the screens, district information technology staff stepped up to provide students in the district with different apps such as Green Screen by Do Ink to facilitate making digital creations.

During times of crisis, it's more important than ever to support businesses in your community.

“I like to learn new ways to do things,” Longfellow student Marissa Pickar said. “The technology makes our work go a little bit faster.”

Student Alex Weinberger was using the green screens and an iPad to create an eight-page comic book. Pictures taken with the green screen allows him to create any background he would want and other software lets him edit and add text such as captions and thought bubbles.

They also used the green screens for social studies lessons, taking an epic selfie with the whole class. The screens allowed the students to place themselves wherever they wanted, such as locations in France or Italy or other countries and tied in with what they were learning about other countries and cities.

Halderson said the green screens help make class projects more dynamic, creative and interesting to students. Having the technology also helps the teachers teach the students digital literacy, as the kids encounter more and more technology and tools they can use for their work and need to learn about concepts such as fair use and copyright.

“It gives kids more freedom and more choices,” she said. “It becomes more meaningful and the kids own it more.”

In Ramsay’s science class, students are putting together an insect zoo, but have a $100 budget. In order to determine what animals to populate the zoo with, her students have formed into groups researching and presenting on the bugs they think would be most interesting to study.

Student Lauren Finn’s group studied darkling beetles, which she thought were really cool, especially the way the larva changes into an adult beetle. The green screen let her put herself in the frame with the beetles during the group’s presentation, which they made into a movie.

“The green screen was really useful for that,” she said. “It is fun how we can pretend to stand in front of what we are talking about. It gives the viewer a better understanding of what we are learning.”

Longfellow seventh-grader Alex Weinberger (right) films with his iPad while Nick Teff (left) and Ava Blegen (middle) try to convince viewers the hissing cockroach would be a “warm and fuzzy” addition to the insect zoo as part of a science project using green screen technology.