In addition to his wife, he is survived by one sister, Marlene (James) Forgrave of Chesterfield, Mich.; brother-in-law, Dale Walworth of Warrens; sisters-in-law, Sue (Clif) Johnson of Millston, Darlene (John) Sneiders of Warrens and Loretta Johnson of Saukville, Wis.; as well as many nieces and nephews.

Carl served with the Department of Army in Korea. After military service he held various positions at Downey, Ill., Veterans Hospital; sales positions for various companies and insurance investigation in Illinois, Michigan, Wisconsin and California.

Retirement life was spent in Michigan and Wisconsin, enjoying hiking and outdoor activities. Since age 29, Carl has studied the Bible with deep interest in learning the promises and unchangeableness of God. Grace, mercy and peace are because of John 3:16 - "For God so loved the world that He gave his only begotten son that whosoever believeth in Him should not perish but have everlasting life." God has promised resurrection to immortality when Jesus returns (1 Corinthians 15:53).

A private family graveside service and burial will be held at the Brookside Cemetery in Millston.

The Torgerson's Funeral Home of Black River Falls is assisting the family with arrangements. 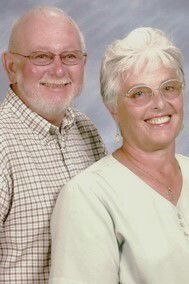 George A. Carrie passed away at his home of nearly 60 years in rural Mindoro, Monday evening, March 16, 2020. He built this homestead with the love of his life, Charlene and their five children, who loved them both dearly. George lost Charlene to a long battle with cancer in 2005. Much of his spirit to live left with hers.

George was born in Lisle, Ill., Nov, 27, 1937, to William and Edith (Mackie) Carrie. He had three brothers. Alfred, William and Sidney. He married Charlene Edwards in May of 1958, in Lisle. In 1961, they purchased and moved to their homestead in Mindoro, with their two babies, Elizabeth and Robert. Their other three children, Timothy, George W. and Laurie. were born while living there.

George is preceded in death by his wife, Charlene; his parents, William and Edith; and his brothers, Al and Bill. He is survived by his brother, Sid (Betty) Carrie of Florida; his five children, Beth Banashak (Michael) of La Crosse, Rob Carrie of Mindoro, Tim Carrie (Melanie) of Guam, George Carrie (Mary) of Winona, Minn., and Laurie Boone (Terry) of Mindoro. He is also survived by his seven grandchildren, Reid and Riley Carrie, Kristen and Emily Carrie and Katie, Sam and Matt Boone; as well as stepgrandchildren, Tyler and Mitchell Carrie; several nieces and nephews; and extended family.

His family will have a private memorial service. Zwickey Funeral Homes in Melrose, have assisted in George's end of life arrangements.