David was born and raised on a farm in Holmen, graduated from Holmen High School and went on to receive his Bachelor's degree from UW-Madison with a major in animal science with a meat concentration. He joined the Army ROTC while in college.

After graduating college, David began buying cattle for Wilson Packing. On Sept. 2, 1967, he married Charlotte Cantlon in Ettrick. They celebrated their 52nd wedding anniversary this past year. He continued buying cattle and they moved from Albert Lea, Minn. to New Hampton, Iowa, to Cedar Rapids, Iowa. It was then he got sick of traveling and ventured back home to buy the farm in Ettrick. David farmed for 45 years on Thimble Peak farm. This was his pride and joy. When asked how he felt about selling the cows to have his knee replaced back a few years ago, he commented "there is nothing like a fresh heifer."

He never ventured too far from his farm, but enjoyed traveling to Madison for homecomings, Badger basketball and football games and also enjoyed traveling to Milwaukee to the State Fair to watch his sons and granddaughters show his prized Holsteins. Again nothing quite compared to the heifer show there.

Private family funeral services will be held Saturday, March 21, due to health restrictions on larger gatherings. Burial will be at St. Bridget's Catholic Cemetery, Ettrick. 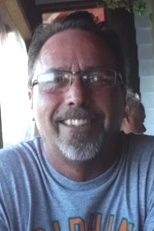 John S. Wisniewski, Jr, 56, of La Crosse passed away peacefully Wednesday, March 11, 2020, at Mayo Clinic-St. Mary's in Rochester, Minn. John is survived by his wife, Diana; and his three sons, John W. Wisniewski, Tyler Wisniewski and Jeffrey Snitkoff. He is survived by his mother, Martha Wisniewski (née Wiles); sister, Julie Wisniewski Vos, and brother-in-law, Lee Vos; all of Port St. Lucie, Fla. He is also survived by nieces, Tina and Cassie Faulkner; nephews, Darrell Faulkner, Richard Wellman, Brian Wellman; and several great-nieces and great-nephews. John is predeceased by his father, John S. Wisniewski, Sr.; and his sister, Teresa Wisniewski Miller. John attended and graduated from Reeths Puffer High School in Muskegon, Mich. in 1982. He also attended and received his certification from truck driving school. He later majored in mass communications and graduated from The Connecticut School of Broadcasting in 1999. John was presently employed as a Service Advisor at Brenengen Autogroup in Onalaska. John was the Founder and President of The La Crosse Scooter Club. He played in the La Crosse Citywide Softball League. He was a mega fan of the Miami Dolphins football team. John was a great admirer and supporter of President Donald Trump. A service for family and friends is planned for a future date in Florida, as is a celebration of life gathering in La Crosse.

A private family burial will take place Saturday, March 21, with a memorial service and celebration of life to be held at a later date.

The Torgerson's Funeral Home of Black River Falls is assisting the family with arrangements.

She married Wilbur (Hunts) Knoblock, they had two children, Michelle and DuWayne.

Victoria is survived by daughter, Michelle (Knoblock) Hamiel, (husband Daniel R. and Victoria's grandson, Daniel G.); and a son, DuWayne Knobloch (wife Denelle). She is survived by two sisters, Joyce (Fogel) Johnson (Leland-deceased) and Patricia (Fogel) Lund (husband Oren-deceased) both of Spring Grove, Minn.; and one brother, Jerome Fogel Jr. of La Crosse. She is also survived by 22 nieces and nephews and several great and great-great nieces and nephews.

Vickie was an avid Green Bay Packer fan, loved country music and was an advocate for animals.

Memorials or donations may be made in her name to a charity of your choice or since Vickie was such an animal lover, donations can be made to your local animal shelter or animal rescue center.