In addition to his parents, he was preceded in death by his brothers, Richard Burns and Shawn Campbell; a brother-in-law, Joe Lehrke; and a sister, Sharon Hunt of Oklahoma.

A celebration of Ed's life will be held at a later date. The Fossum Funeral and Cremation Service of Onalaska is assisting with the arrangements. Online condolences may be left at www.fossumfuneralhome.com.

Our family would like to thank Gundersen Health System and the Palliative care team, especially Linda Groon, MD, Kyla Lee, MD, Jason Hatfield, PA, and all the nurses and respiratory therapy team on the 6th floor for their incredible love, compassion and care.

Memorials may directed to the St. Patrick's Catholic Church in Onalaska, The Children's Miracle Network and Aquinas Catholic Schools. 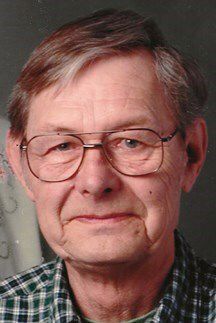 Services are pending and will be announced by Dickinson Family Funeral Homes & Crematory. For a full obituary or to share online condolences please visit www.dickinsonfuneralhomes.com.

DOUSMAN, Wis./HOLMEN -- Richard S. Gray Jr., 72 of Dousman, formerly of Holmen passed away Tuesday, March 17, 2020, at the Masonic Center for Health & Rehab in Dousman. A memorial service with military honors will be held later this summer. The Dickinson Family Funeral Home & Crematory is assisting the family. For a complete obituary or online condolences please visit www.dickinsonfuneralhomes.com. 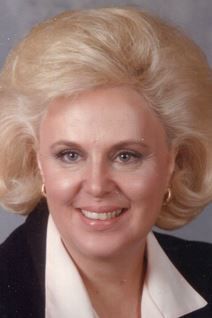 Rita Edwards, 81, of La Crosse passed away Monday, March 9, 2020, in La Crosse. She was born in De Kalb, Ill., to Ruby and Bert Cooksey. She attended Northern Illinois University and began her career as an elementary school teacher in De Kalb. She married Dick Edwards in 1961, in De Kalb, while he was in the Air Force and stationed as an air traffic controller at Midway Airport. They enjoyed a lifetime of love throughout their 49 years of marriage. Many in our region will remember Rita from her time spent in our community at Edwardo's Pizza Wagon, Dayton's FYI, Edwards China Shop and Weight Watchers. She was a stylish woman with many gifts, a warm heart and is greatly missed.

Rita is survived by son, Tod; son, Jeff and his wife, Kris and their children, Taylor, Evan and Lauren of Onalaska; daughter, Lisa and her daughter, Luna, of La Crosse. She was preceded in death by husband, Dick; parents, Ruby and Bert; and her sister, Joni.

Burial will be at Oak Grove Cemetery in La Crosse, with family services. The Blaschke Funeral Home, 1501 West Ave. S., assisted the family with arrangements.

Rita and her family would like to express our gratitude to Gundersen Health System and Bethany St. Joseph, for their extraordinary care.

Memorials are preferred to Gundersen Medical Foundation - Reach Out and Read Program. Online condolences may be made at www.blaschkeschneider.com.

Following his retirement from Hess Excavating, Terry enjoyed gardening, donating many of his vegetables to anyone who wanted them and being part of the McCormick Beef family in Caledonia, Minn.

A gathering for family and friends will be held at a later date. Schumacher-Kish Funeral and Cremation services of La Crosse is assisting the family.

Jamie was born to Brian and Debbie (Schams) Korth Oct. 29, 1984, in La Crosse. She graduated in 2003, from Aquinas High School and received her bachelor of science degrees in both finance and human resources from the University of Wisconsin-La Crosse, in 2007.

Jamie married Phillip Tennant in 2011 and they lived in Holmen. While living in Holmen, they welcomed two wonderful girls into the world, Kennedy and Savannah. The family then moved to La Crosse, in 2016. She had worked as a compensation analyst for Gundersen Health System since 2012.

Jamie is survived by her husband, Phillip; her daughters, Kennedy (6) and Savannah (3); her parents, Brian and Debbie Korth; her sister, Jessica (Chuck) Neubauer; her brother, Justin Korth; her sister, Jacey Korth; her grandfather, Paul (Judy) Schams all of La Crosse; as well as many aunts, uncles, cousins, nieces and nephew. She was preceded in death by her maternal grandmother, Carol Schams of La Crosse and her paternal grandparents, LuVerne and Beverly Korth of Nekoosa, Wis.

Jamie enjoyed spending time with her family. She treasured her time with her little girls the most. Jamie enjoyed taking them to lessons, on shopping trips and on vacations, like to Disney World and on Disney Cruises. What she enjoyed most were the little things, like doing their hair, snuggling on the couch and watching them dance across the living room. Though she may be gone, she will always be with and watching over her girls.

Due to the recent critical events and following State and Federal guidelines, private burial will take place in St. Joseph's Ridge Catholic Cemetery. Public services will be announced at a later date. In lieu of flowers, donations can be made to Aquinas Catholic Schools. Schumacher-Kish Funeral and Cremation Services of La Crosse is assisting the family. Online guestbook is available at www.schumacher-kish.com.

Jamie's family would like to extend a heartfelt thank you to Dr. Benjamin Parsons and Dr. Patrick Conway, along with the entire staff of the Oncology/Radiation Department at Gundersen Healthcare System for the care and support they provided.

Donald J. Collins, 82, of La Crosse died Wednesday, March 18, 2020, at the Bethany St. Joseph Care Center. Don was born in La Crosse, to Paul O. and Alice C. (Knutson) Collins. There will be no services. The Schumacher-Kish Funeral & Cremation Services of La Crosse assisted the family. 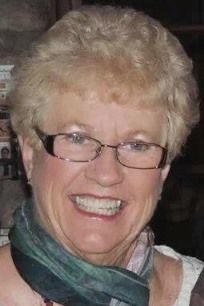 She is survived by her brother, John D. Fritsvold and his wife, Jane, of Centerville, Va.; her daughter, Lori Flandrena of St. Croix Falls, Wis.; her son, Jay (Beth) Renstrom of Sturgeon Bay, Wis.; and two granddaughters, Kristina and Kamille Flandrena. She was preceded in death by her father, John; mother, Sylvia; brother, Donald (Bobby); and husband, John.

Helen grew up in La Crosse and attended Central High School. After marrying John, she moved to Onalaska, where she was a resident for the rest of her life. She was employed by Wiggert Brothers, and then Sears, for many years.

Helen's hobbies included golfing, traveling, going out for supper and playing cards, which included euchre and cribbage. She loved to travel and every vacation she took was "the best ever." She had a loud infectious laugh, with sometimes a snort or two thrown in and would get everyone around her laughing. She had the "gift of gab" and would talk with everyone. Nobody was a stranger for long. She cherished her granddaughters, traveling with them and seeing them whenever she could. She will be sadly missed by all those who knew her.

We would like to extend a heartfelt and sincere thank you the wonderful staff at Lakeview Health Center, for the care and love shown to our Mother over the past two years.

A celebration of life remembrance service will be held at 3 p.m. Sunday, June 28, at The Gathering Place, 133 Mason St., Onalaska. A visitation will be held from 2 p.m. until the time of service. Coulee Region Cremation Group is assisting the family.

ONALASKA -- Vernon J. Reekers, 90, of Onalaska passed away peacefully at home Wednesday, March 18, 2020. Due to the Covid-19 virus, services and a full obituary will be announced at a later date. Coulee Region Cremation Group is assisting the family.

ONALASKA -- Harlan "Howie" Small, 95, of Onalaska passed away peacefully Tuesday, March 17, 2020, at Mulder Health Care Facility of West Salem. A celebration of life will be held at a later date. A full obituary can be found at www.couleecremation.com. 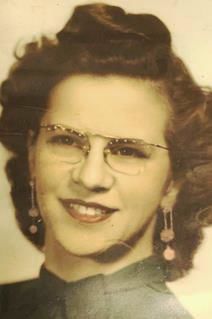 TOMAH/LA CROSSE -- LuElla Josephine Pederson, 93, of Tomah and formerly of La Crosse, passed away Friday, March 20, 2020, in Tomah. She was born March 3, 1927, to Edward and Julianna Lusk on St. Joseph's Ridge. She was united in marriage to Melvin Pederson in 1951.

LuElla expressed her feelings through song and loved to sing, both old country and new and was a talented yodeler. She enjoyed being outside, working in the tobacco field, helping out on the farm and fishing and cutting wood with her husband, Melvin. She was so proud of her husband's military service to this country. LuElla was an avid gardener and grew an array of petunias and zinnias. She will be remembered for her delicious meals, homemade bread and sugar cookies. LuElla was a proud wife, loving mother and nurturing grandmother.

She was preceded in death by her parents; her husband, Melvin, in 2009; her son, Arnold Pederson; her sisters, Mayme Hickey, Evelyn Burbach, Dorothy Hayes and Agnes Wernberg.

A private graveside service will be held at Fish Creek Cemetery, town of Rockland. The Torkelson Funeral Home of Cashton is assisting the family with arrangements. Online condolences may be offered at www.torkelsonfuneralhome.com.