Read through the obituaries published today on lacrossetribune.com.

He was born to James and Carrie Campbell in La Crosse. Charlie graduated from Logan in 1943. He enlisted in the Army Air Corps in the cadet program in high school. He attended aerial gunner school in Nevada and bomber school at Lowry AFB in Colorado. He served in the 487th Bomb group from 1943 to 1945. He was married to Ann Yandowski, they later divorced. Charlie worked as a machinist at Norby in Milwaukee. After he retired in 1986, he moved back to La Crosse. Charlie was a founding member of the American Air Museum in Britain. He belonged to the Legion Post 52, Loyal Order of the Moose, NRA, Cudahy Gun Club and was a lifetime member of the Logan Alumni Association.

Uncle Charlie will be missed by nieces, Debbie, Linda and Jeanine; nephews, Larry, Alan and Kevin. He was preceded in death by two brothers, Wilbur and Eugene; and a nephew, Steve Mike. Uncle Charlie was a special man. The Packers and Brewers lost a great fan! A service will be held at a later date. Coulee Region Cremation Group is assisting the family. 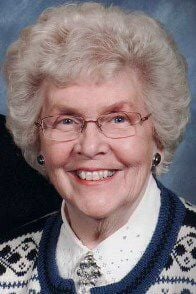 Janice graduated from La Crosse Central in 1950. She completed the two year Normal School and her bachelor's degree from UW-La Crosse. In 1964, she earned her master's degree as a reading specialist from the University. of Michigan.

Janice, Burt and their three children, Jim, Toby and Jody, lived in several places over the years, including McFarland, Fall River, Columbus, Baldwin, Sparta and Beloit, Wis., as well as Ann Arbor, Mich., before finally settling back in their home area of Coon Valley.

Janice was an exceptional and respected teacher at both the elementary and middle school levels. Later, she became a reading specialist and curriculum coordinator, followed by principal, for Westby Elementary School, until her retirement in 1990. After retirement, Janice worked for UW-La Crosse, as a supervisor of student teachers for 10 years.

Besides being an extremely hard worker throughout her career, Janice devoted enormous amounts of time to her church, the advancement of literacy and her family. She was a devoted member of the Coon Valley Lutheran Church, WELCA and the Ruth Circle. She was an original founder of the Coulee Region Literacy Council and she spent countless hours tutoring adults, as well as training tutors. In 2016, Janice was named state of Wisconsin "Literacy Advocate of the Year" and was recognized during a reception at Monona Terrace in Madison, Wis.

Janice especially enjoyed spending time with her six grandchildren and more recently her eight great-grandchildren. There was nothing better than holding those little babies. Janice was also a talented gardener, an avid reader (even after her stroke) and a good cook. She looked forward to Christmas each year, when the whole family would gather at the farm for a delicious Norwegian supper with lots of cookies for dessert. When the presents were being set out, Grandma would gather with the little ones in the basement to tell stories and sing songs. Then came the Christmas Bible reading, followed by lots of presents.

Janice Lee was the heart of her family and loved by many. If you knew her, she probably grew to hold a special place in your own heart. The family would like to say a special thank you to all who visited, communicated and held Janice in their thoughts and prayers over the past several years. Thank you also to Dr. Dolan, Dr. Domroese and their nursing staff for their ongoing care. Thank you to the staff and nurses at Vernon Manor for their compassion and support.

Funeral services will be held at 11 a.m. Wednesday, Oct. 30, at the Coon Valley Lutheran Church. The Rev. Julie Wollman will officiate with burial in the church cemetery. Visitation will be from 4 to 7 p.m. Tuesday, Oct. 29, at Seland Funeral Home in Coon Valley and from 10 a.m. until service time Wednesday at the church. Condolences may be given at selandsfuneralhome.com.

The family suggests that memorials be made to the Coon Valley Lutheran Church, especially WELCA, or a literacy organization of donor's choice.

A special lady indeed, Caroline "Carrie" J., was born to Herbert and Frances Galoff March 17, 1931. She was one of four sisters and lived in Juneau. Carrie attended Juneau, now Dodgeland, where she lettered in cheer-leading and graduated in 1949. She worked at the Dodge County Title and Abstract Co., from 1951 until 1970. She then worked at the Dodge County Register of Deeds, until her retirement in 1993. She had one son, Gregory and lived in Juneau, her entire life. She was proud of the home she had built with Greg's father, Clarence (Tubby) Giese and remained there up until her passing. In 1986, she married Frank Albrecht and they were together up until his passing in 2018.

Carrie is survived by her son, Greg Giese; daughter-in-law, Teresa and their children, Jennifer, Ryan, and Brent; stepson, Frank Albrecht Jr., wife, Michelle and their children; sisters, Charm (Roger) Searl and Gen Mecklenberg and their families; her best friend, Adeline (Toody) Ehlenfeldt; and many other dear friends.

She was preceded in death by her sister, Gladys Parzy; husband, Frank; parents, Herbie and Peggy; Greg's father, Tubby; and many other relatives and friends.

A special thank you goes out to Carrie's neighbors, who did so much in helping her maintain her dream of staying in her home, Grant and Kelly Steger, Eddie Babcock, and Kay and Paul Marose. And a big thank you to the Juneau PD and first responders for the work that they do, not only on the day of her passing, but every day. God bless.

The Berndt-Ledesma Funeral Home - Juneau is serving the family. Online condolences may be placed at www.berndt-ledesma.com. 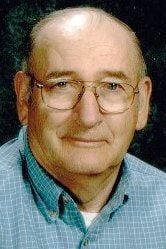 Funeral services will be held at 11 a.m. Thursday, Oct. 31, at Trinity Lutheran Church, Sparta. Burial with military honors will follow in Burns Cemetery. A visitation will be held from 6:30 p.m. until 8:30 p.m. Wednesday, at Lanham-Schanhofer Funeral Home, Sparta and from 10 a.m. until the time of service Thursday, at the church.

Lanham-Schanhofer Funeral Home, Sparta, is assisting the family with arrangements. Online condolences may be offered to the family and a complete obituary may be found at www.schanhoferfh.com.

Dive into the latest 2 years of archives & more with a membership!

LOVE E-edition? Sign up NOW to get it emailed to you!