Topping the Christmas wish list for theExchange in La Crosse, which provides gently used furniture and household goods to people in dire straits, is more warehouse space because it’s bursting at the seams.

Originally housed in a garage at the apartment building dubbed the Pink Palace near downtown La Crosse when it began two years ago, theExchange now is housed in a warehouse at 110 Causeway Blvd., with a couple of storage containers outside for overflow.

“The program grew, and we realized a need for it in the community,” said Sheila Riley, one of the service’s three volunteer coordinators.

It has been occupying part of a warehouse rent-free, but the other tenant needed more space, so theExchange was squeezed more to the front until it must move by March 1, Riley said in an interview Tuesday. Fowler and Hammer loaned it a large container where it stores furniture to be handed out.

“We knew this was coming,” said Riley, who said the ideal would be to find 3,000 to 5,000 square feet of space rent-free, although the group realized that it must meet other requirements.

For example, theExchange needs to be on a first floor for the convenience of people donating items, as well as the people who come to pick out furniture, appliances, kitchen items and other household goods, she said.

The service, originally an independent resource that focused mostly on obtaining items for homeless veterans as they secured housing through the La Crosse Collaborative to End Homelessness, broadened its mission to serve anybody in dire straits who needs the items.

The facility aspires to become part of a national trend toward furniture banks, as espoused by the Furniture Bank Association of North America. It works with social service agencies, whose representatives often accompanying the seekers to the facility to select suitable items.

Most of the items are gently used, although a quilting club donated a new children’s quilt its members made, and a few other new items are available, said Joan Waniger, another volunteer coordinator.

The facility, a program of Shelter Development Inc., also has a selection of cleaning products, as well as dishes, blankets, towels and other necessities.

Between January and November, theExchange provided furniture and household goods to 292 households, including all of the basics needed to start a home to 109 of them, Riley said. Volunteers delivered furniture to 165 households.

More than 400 individuals and institutions have dropped off donations in that time period. More recently, theExchange began tracking donation pickups, in which volunteer movers have completed 76 home pickups during the past five months, Riley said.

The facility is open from 1:30 to 4 p.m. Tuesdays and Thursdays. People who want to make donations or volunteer to help at theExchange should send an email to theexchange@shelterdevelopment.org. More information is available in its brochure.

TheExchange, which provides gently used furniture and household goods to people in dire straits, needs a new location by March 1, when it must vacate its current space at 110 Causeway Blvd. in La Crosse.

Here are the ideal specs:

Here’s a look at the CASA for Kids wish lists for For Goodness’ Sake:

Catholic Charities is in need of items to stock the shelves of our Christmas Store.

Coulee Region Retired and Senior Volunteer Program recruits volunteers age 55 and better and matches them with volunteer needs in the community.

The Housing Authority of the city of La Crosse provides low-cost housing to seniors, families and adults with various abilities.

Family & Children’s Center has been serving children, families and individuals with a continuum of services designed to strengthen familie…

New Horizons Shelter and Outreach Centers is a nonprofit organization that serves, men, women and children who have experienced domestic viole…

Here’s a list of needs and wishes for residents of Ophelia’s House:

Whoa! Scientists finally know why these dolphins are lining up to rub against coral 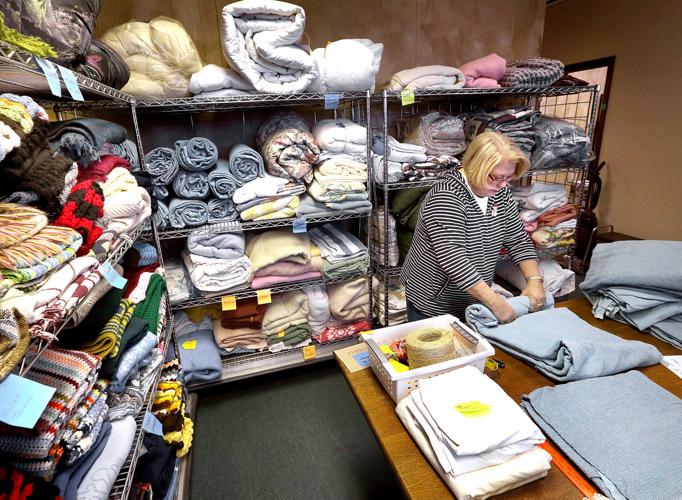 Deb Anderson, a volunteer at the theExchange at 110 Causeway Blvd., rolls donated blankets in the operation’s linen room. With a referral, homeless people transitioning from the street or people in dire straits can get free items for a house or apartment. 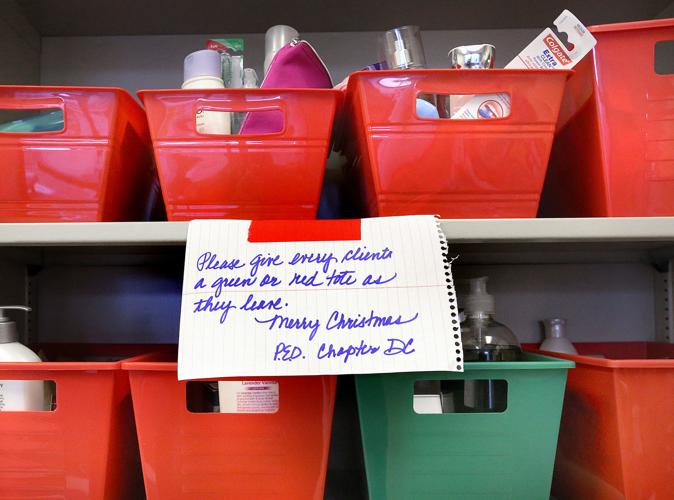 Ready-to-go totes full of a variety of personal hygiene products for recipients line shelves at theExchange.