US hiring stayed solid in September as employers add 263,000 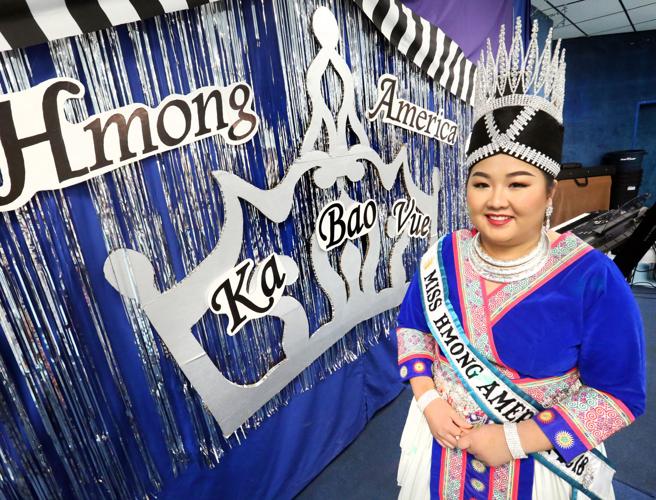 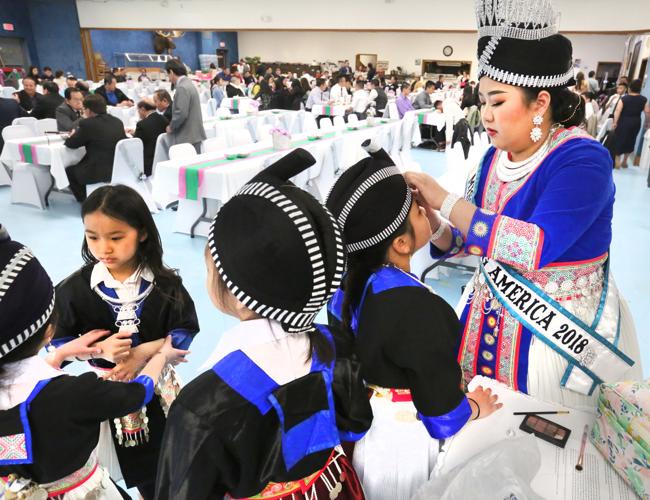 Ka Bao Vue gets her dancers ready to perform Saturday at a celebration to congratulate her for winning the title of Miss Hmong America 2018.

The 19-year-old Central High School graduate and first-time entrant in the Miss Hmong America Pageant was convinced she didn’t fit the mold of pageant queen, insecure about her appearance.

“I was hoping they would judge on my personality and what I could give back to the community, but I thought I would be judged on my looks,” said Vue, who was overcome with emotion when she was declared the winner of the 2018 competition. “When I got the title I think I proved everyone wrong — the stigma of needing a nice figure isn’t true.”

Vivacious and headstrong, Vue has continued to challenge preconceptions since her Dec. 31 crowning in Green Bay, after two days and five rounds of competition. Open to women and girls 16 and older from across the country, Miss Hmong America was founded in 2012, and Vue, who competed against four others, is the first La Crosse resident to claim the title and the only member of the national Vue clan to win. Vue, who celebrated her win Saturday with 800 guests, was also named Miss Congeniality and Most Talented.

For her talent portion, Vue, leader of a traditional Hmong dance group at the Hmong Culture and Community Agency, sang in Hmong and danced, and during the question session, she noted the thing she would like to remove from the world is hate. Vue is using her platform to inch towards that goal, advocating on behalf of LGBT teens and raising awareness of domestic violence, both largely ignored or taboo issues in the Hmong community.

“We don’t really acknowledge it,” Vue said. “We need to be more open-minded.”

After the pageant, Vue created a video, “The Strong Project,” featuring Hmong girls and women sharing stories about their battles with bullies, low self-esteem, body image and sexuality, in hopes of sparking connections and understanding. Her aunt, Mao Linda Vue, who struggled to come out as bisexual, was among those filmed and is “so proud” of Vue’s quest to promote tolerance.

“She is incredible inside and out,” said Mao Linda, who organized the celebration at the Moose Lodge, decorated in white and purple. The event featured a dance led by Vue, speeches and Khi Tes, a tradition where guests tied a white string around Vue’s wrist and sharing a blessing.

Vue, who has seven brothers and considers herself a bit of tomboy, calls her mother an inspiration, and was touched by the support of her family, who were in turn overwhelmed by her accomplishment.

“Words can’t express ... to me, proud is an understatement,” said her father, Chao Vue. “I was skeptical about her entering — she definitely proved me wrong, and proved everyone else wrong. For the community and our family, winning this prestigious crown means a lot.”

Among Vue’s goals, in addition to enrolling in the Salon Professional Academy and continuing her photography, are leading a youth program at the HCC, where “kids have a safe place to build sisterhood and friendship,” instilling confidence in girls of all body types, remaining active in Hmong festivals and encouraging kids and teens to embrace their tradition cultural and the Hmong language. She hopes to visit Laos and Thailand someday, distributing blankets and school supplies.

“My heritage is everything, it’s who I am,” said Vue, a first-generation American who is near fluent in Hmong. “It’s important to keep that with me.”

Avee Xiong, 9, one of Vue’s dance students, says her teacher is a good role model, always nice but challenging her dancers to improve. Chao has no doubt his ambitious daughter will continue to inspire her peers and future generations, including during events and programs throughout the upcoming year on behalf of Miss Hmong America.

“She is open-minded and she has a good heart,” Chao said. “She sets a standard for all the girls and, I think, all the boys too.”

When Russell Winchel had the chance to help deliver his daughter, he jumped at the opportunity.

La Crosse man charged with exposing himself to minor

A nurse in the Monroe County Jail faces criminal charges after she allegedly engaged in sexual contact with an inmate.

The Amber Alert for Kryssy A. King, 15, of Holcombe has been canceled. King has been found and is safe.

A 28-year-old Onalaska man who has been in the La Crosse County Jail for the past 13 months faces another drug offense.

90% of adults say the U.S. is experience a mental health crisis

Ka Bao Vue gets her dancers ready to perform Saturday at a celebration to congratulate her for winning the title of Miss Hmong America 2018.