Ryan Dunnum had tears in his eyes as he looked over the empty milking parlor that he built. It hadn’t been used since the end of April, when he decided enough was enough and sold most of his herd.

The weight of dairy market volatility started to feel overwhelming in January, he said, after frigid temperatures caused the parlor pipes to freeze and his herd blew through feed to keep warm and produce milk.

His farm is one of hundreds in Wisconsin that have shuttered this year. The rate of dairy closures has increased from two per day in Wisconsin in 2018 to three per day in 2019 so far. But he hopes to jump back into the business if the market price for milk rises and the cost of feed lowers.

Dunnum, who bought his first cow at age 5 with the money he earned from helping his father harvest tobacco, grew the herd to 105 during the course of 38 years. Both sides of his family farmed for generations but now he thinks he was “the last Dunnum in the world to milk cows.”

His 120-acre farm, aptly named Top of the Town, sits on a hill in Westby where he says he can see 4th of July fireworks from surrounding cities on all sides.

Dunnum bought the business from his mother in 2006 after his father passed away. She remembers milking cows by hand before she went to school each morning. In 2015, Dunnum brought his mother up to the new milking parlor to show her how technology changed the industry.

“It wasn’t her style,” he said with a chuckle.

He hoped to pass the family business to one of his six children, two boys and four girls whose ages range from 3 years-old to 18 years-old. He and his wife lost their seventh child at nine days old, to E. coli sepsis in the lungs, in 2012.

Today, Dunnum’s herd is down to 14 after he sold most of his cows to slaughter to pay bills and keep a cash flow going, after he realized it was costing too much to buy feed.

With the help of his neighbors and two of his children who stayed home from school, his herd was loaded onto trucks one day and taken to Equity Cooperative in Sparta. The cows that remain on Dunnum’s farm are young stock that he hopes to use to get the business going again, if he decides to try to go back into the dairy industry.

“Right now, I’m just kind of like a displaced farmer,” he said.

Dunnum, who got up every morning for decades to take care of his herd, now finds himself without direction, without that routine. “It’s almost like trying to take a wild animal and caging it,” he said.

Before he quit, he sold his milk to Westby Cooperative Creamery, a 115-year-old organization owned by more than 200 farmers that produces cultured products and cheeses, where he sits as a board member with two years left on his term.

The board gave him time to rebuild his herd, if that’s the route he takes.

“I told them, ‘the cows gotta go, but I really would like to stay on the board,’ so they said they’d hold my seat until the 31st of July to see if I can get cows back,” Dunnum said.

He and his wife considered diversifying their agriculture products to provide a boost to their income amid the crisis and bought an established Christmas tree farm last year as well as an Angus cow for Dunnum’s son before realizing the beef market wasn’t much better than dairy. Top of the Town Farm produces oats, alfalfa and corn across three 40-acre plots.

“Back in the day, most farms were paid for with one crop,” he said.

There were nine dairy producers within a few miles’ radius of Dunnum’s farm before the market downturn. Now he counts two that remain. He knows dairy producers are consolidating and growing larger to survive, but bucks the idea of needing to “get big or get out”.

He built the milking parlor and an adjunct barn for his milking herd that can hold up to 80 cows at one time a few years ago, but the barn never met capacity.

Ettrick family struggles to grow their herd amid the dairy crisis

“I never hit that mark because of timing and pricing,” he said.

The stress of the volatile market, 18-hour work days between the tree and dairy farms, and the inability make ends meet took its toll on his family. Communication and trust between Dunnum and his wife broke down when she found out he wasn’t able to pay some of the bills.

“I feel like I let her down,” he said, his voice breaking. “Everything’s imploding and what do you do?”

He said it would take about $25,000 to get his dairy business rolling again, but banks are hesitant to provide a loan with only his equity as collateral, without evidence of a cash flow.

Dunnum has some feed left in his silo that he’s saving to jump start his small herd if the market improves. His pasture is overgrown with the grass his cows used to eat. A self-proclaimed optimist, Dunnum believes there’s something better.

“I talked to my 15-year-old son the night I sold the cows,” he said with a sigh, his voice echoed in the empty milking parlor. “He was upset. ‘I said you know what? Maybe this is the end of the curse.’ Years, generations. The amount of work I put in to this.”

On a dairy farm in rural Eyota, Minn., a day-old calf wobbles up to a robotic feeding stall. An RFID reader scans the tag clipped to the calf’… 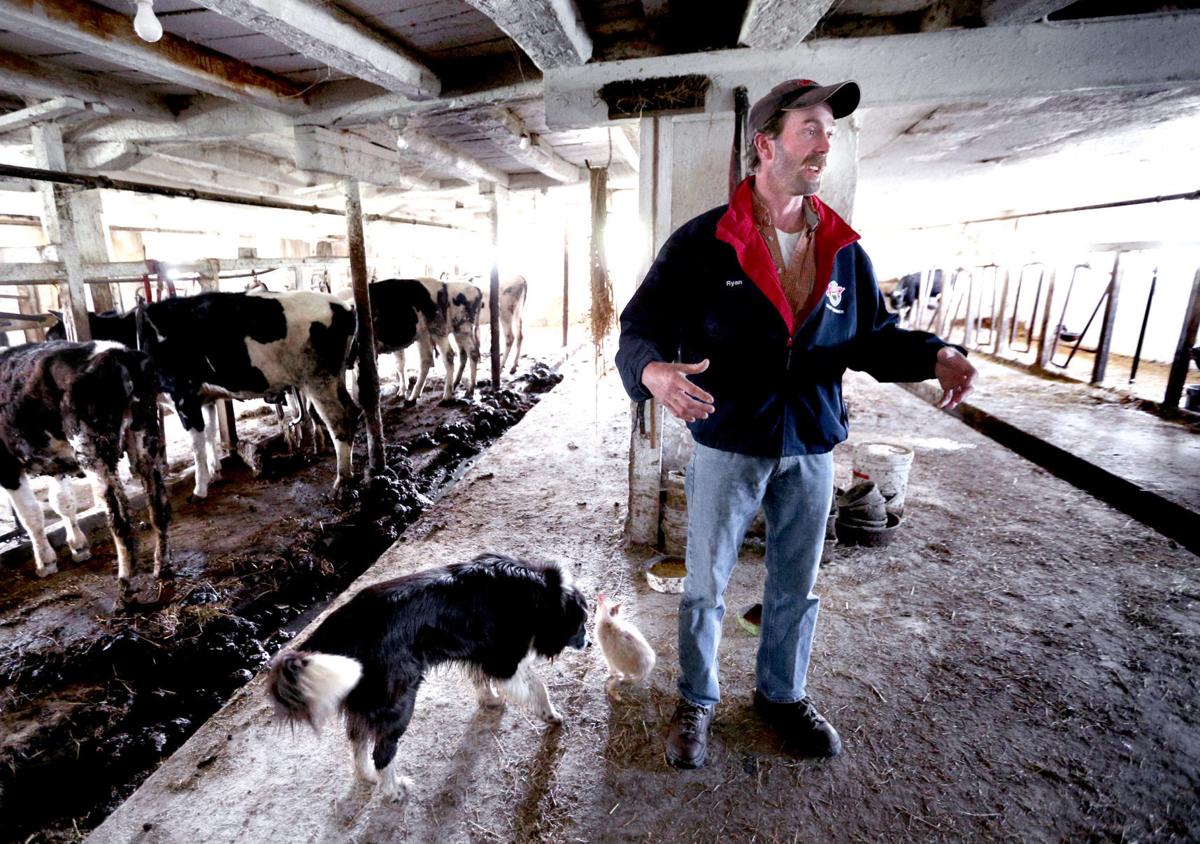 14 heifers are all that remain on Ryan Dunnum’s farm in rural Westby. Dunham made the hard decision to sell his 50 head milking heard in April due to the challenging finances he faced from low milk prices. 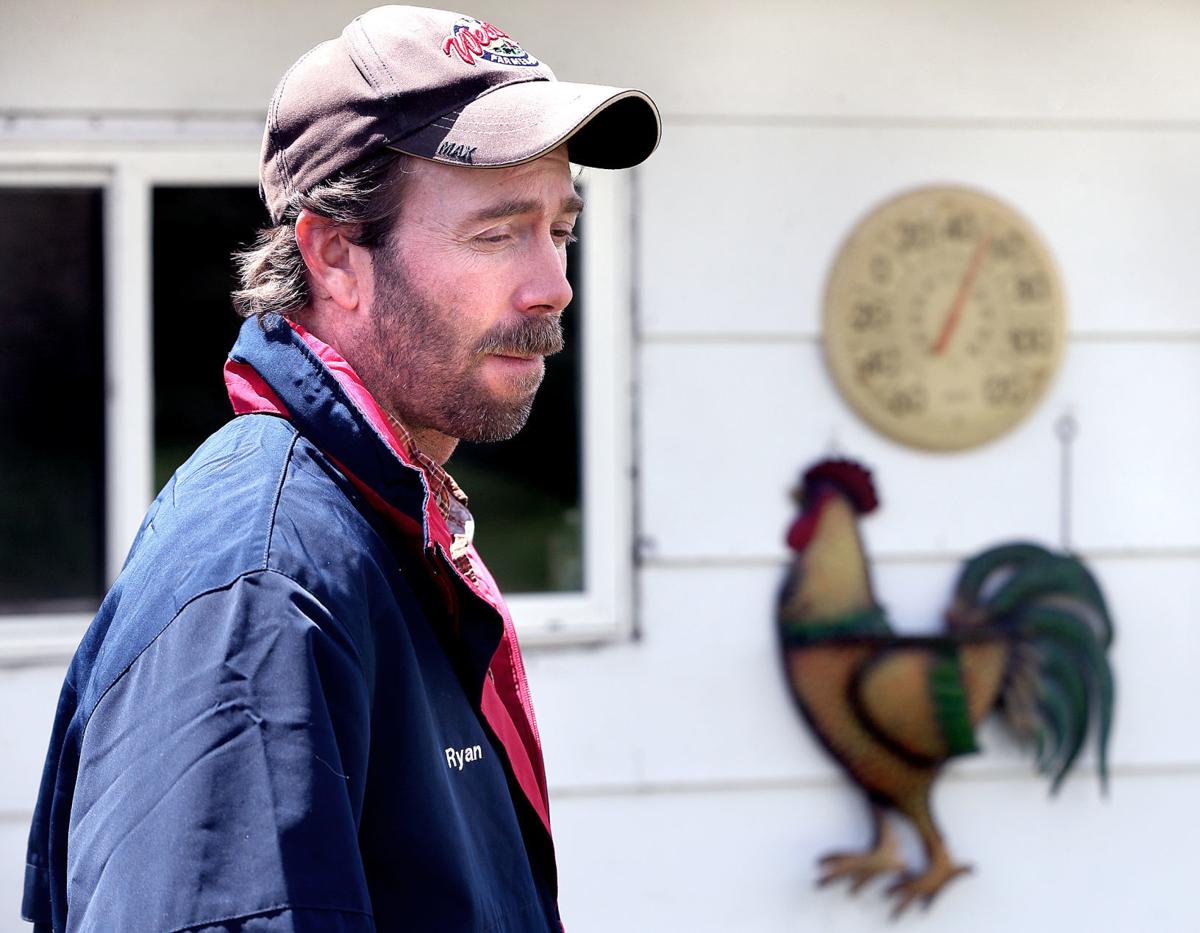 As life-long dairy farmer, Ryan Dunnum of rural Westby says the hardest thing about selling his Holstein herd is figuring out what to do next. 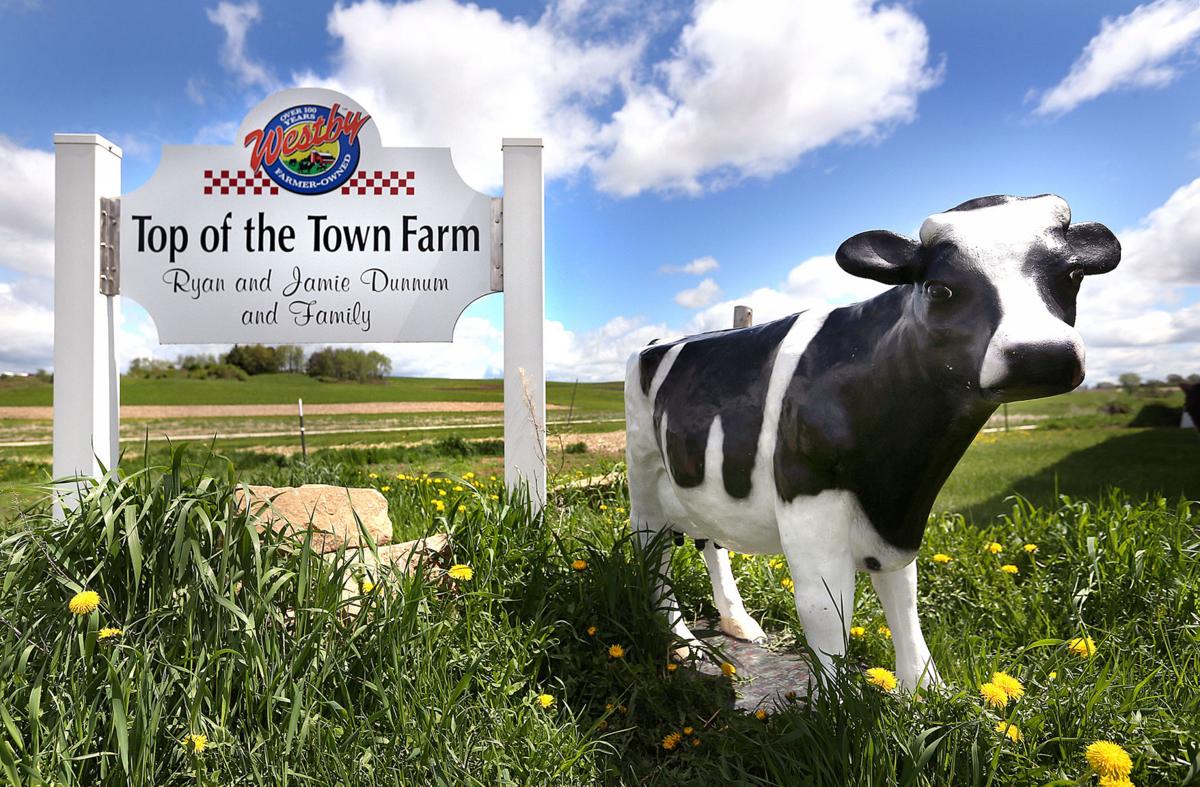 A concrete Holstein cow given to Ryan Dunnum by his wife, Jamie, marks the entrance to their now defunct dairy farm in rural Westby. 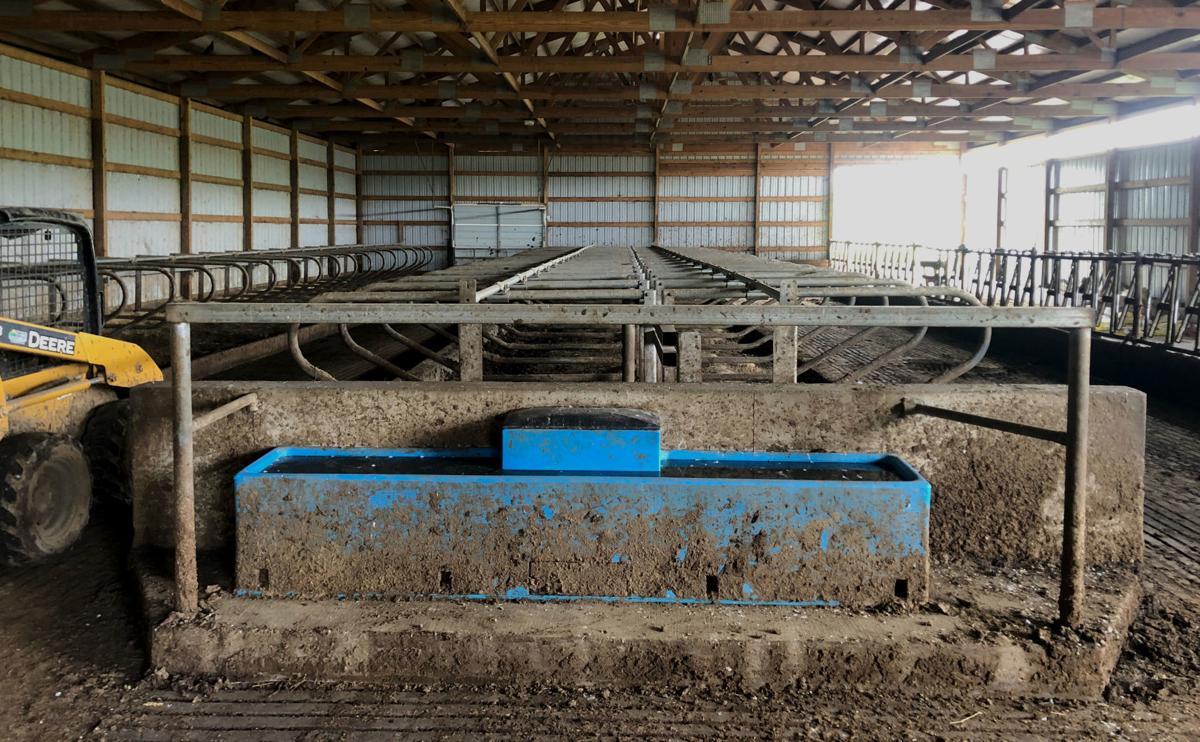 The barn adjacent to Dunnum's milking parlor can hold up to 80 cows, but stands empty after he sold off 90% of his herd at the end of April.