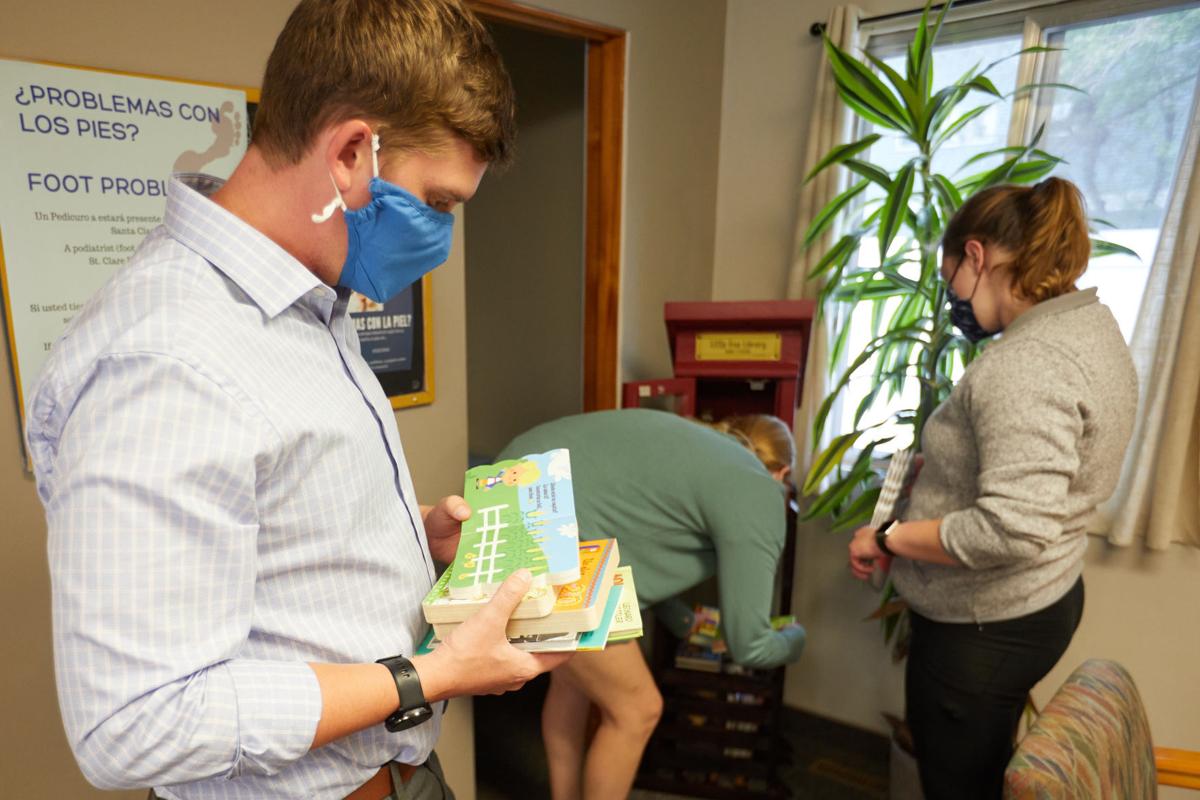 Members of the UWL Physician Assistant Student Society fill the Little Free Library they presented to La Crosse’s St. Clare Health Mission at the beginning of the fall 2021 semester. Society member Austin Bol, left, is the son of Todd Bol who founded the worldwide network of neighborhood libraries 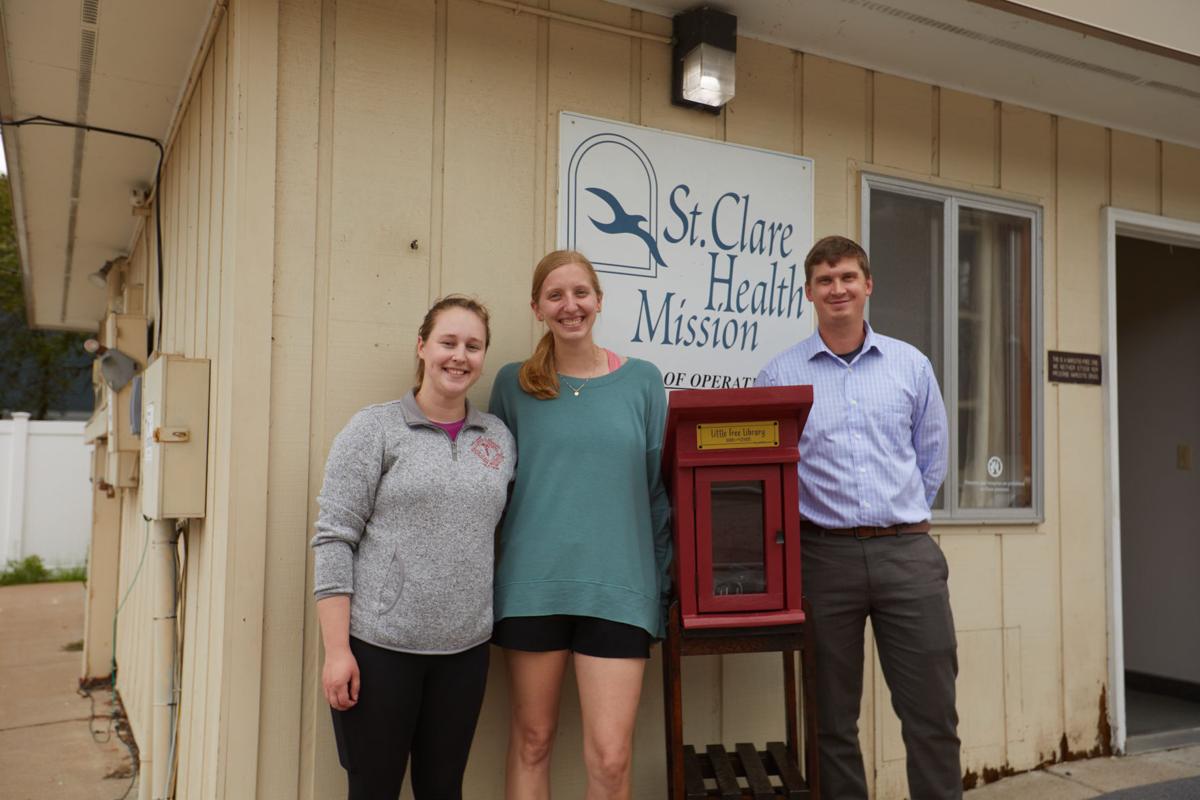 It was extra special for UW-La Crosse student Austin Bol when the university’s Physician Assistant Student Society presented a Little Free Library to St. Clare Health Mission at the beginning of the fall semester.

Bol is not only a member of the student group that provided the little structure and books for those uninsured using the mission’s health services. He also has a direct connection to the worldwide network of neighborhood libraries. His dad, Todd Bol, founded the Little Free Library in Hudson, Wisconsin, in 2009.

Todd Bol’s idea started as a simple, small model of a one-room schoolhouse to pay tribute to his mother, a teacher who loved to read. He filled it with books and put it on a post in his front yard. Friends and neighbors loved it. He built several more and gave them away.

Along with UW-Madison’s Rick Brooks, the pair focused on the do-it-yourself project while discussing potential social endeavors. Inspired by “take-a-book, leave-a-book” collections trending throughout the country, they saw an opportunity for the common good.

They set a goal for 2,508 Little Free Libraries — based on the number of free public libraries philanthropist Andrew Carnegie opened — by the end of 2013. They reached that goal in August 2012 and registered Little Free Library as a nonprofit organization.

By the time Todd Bol died from pancreatic cancer in 2018, Little Free Library had become a household name. In 2020, the organization surpassed 100,000 registered libraries in more than 100 countries.

Now, as Austin Bol nears the halfway point of his second year in UW-L’s Physician Assistant Program, he is all-in to help bring another Little Free Library to La Crosse. Despite the busyness of ongoing clinicals at Gundersen Health System, the paramedic turning physician assistant knew firsthand the organization’s mission to put a library on every block and a book in every hand.

Thinking back, Bol recalls it strange when he first heard about his dad’s idea of turning the outdoor book boxes into a nonprofit organization. That’s when he was a pre-med student studying in Eau Claire.

“But after hearing his enthusiasm and seeing his ideas grow and flourish, it was obvious he was onto something special,” says Bol.

His involvement has decreased since his father’s death. Bol has been busy attending college to become and work first as an EMT and then as a paramedic.

He says the Little Free Library organization is still going strong. His mother is involved with the organization’s board of directors and helps select the annual winner of the “Todd Bol award for outstanding achievement” to exceptional stewards.

The Little Free Library that the UW-L Physician Assistant Student Society provided for St. Clare Health Mission has another Bol family tie. The library was donated by Share With Others, a company founded by Bol’s uncle that supports front-yard sharing nationwide.

“More than 10 years later, it still brings me joy and an incredible sense of pride seeing the impact that little free libraries have on people’s lives and their communities,” says Bol.

Members of the UWL Physician Assistant Student Society fill the Little Free Library they presented to La Crosse’s St. Clare Health Mission at the beginning of the fall 2021 semester. Society member Austin Bol, left, is the son of Todd Bol who founded the worldwide network of neighborhood libraries