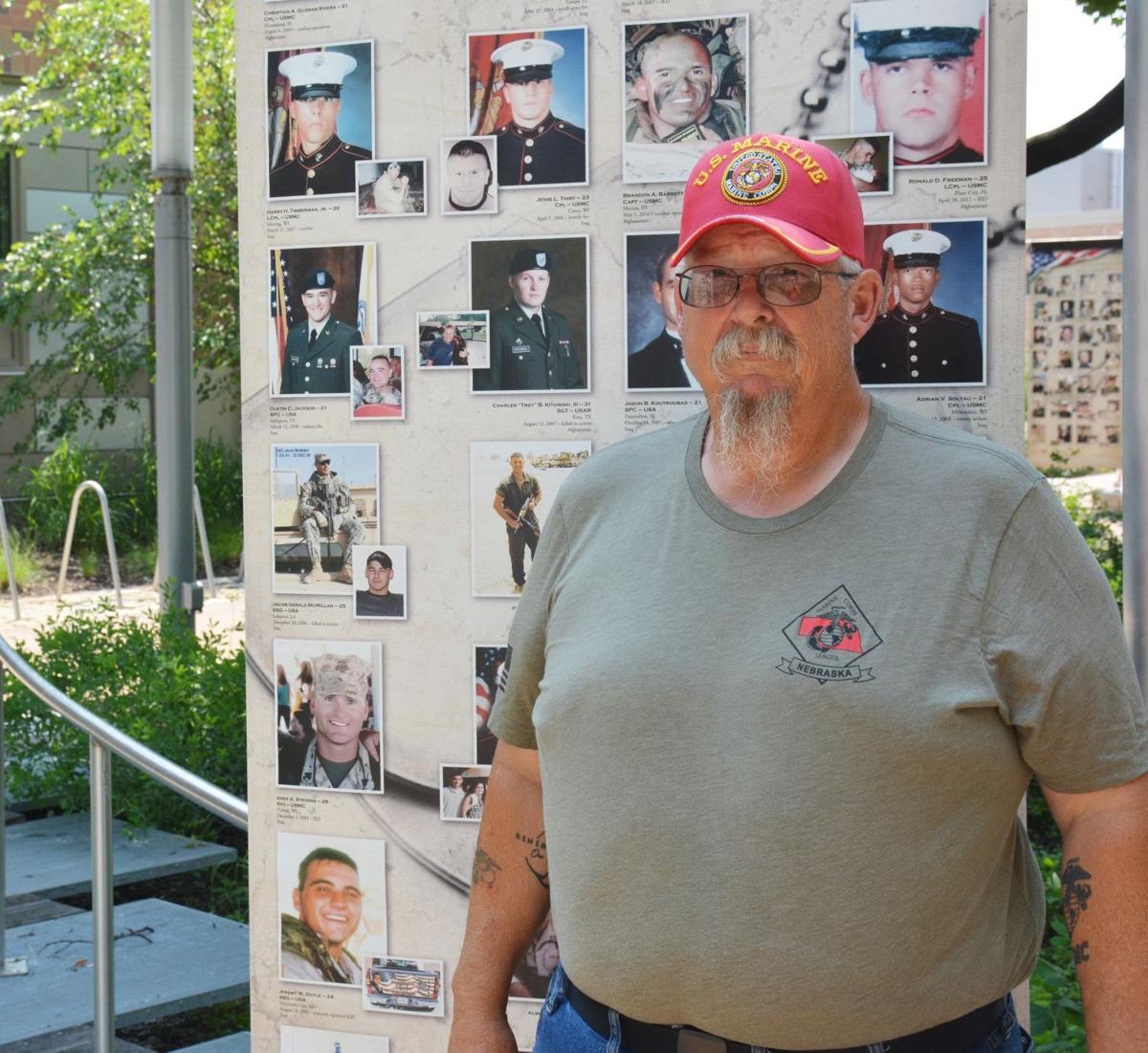 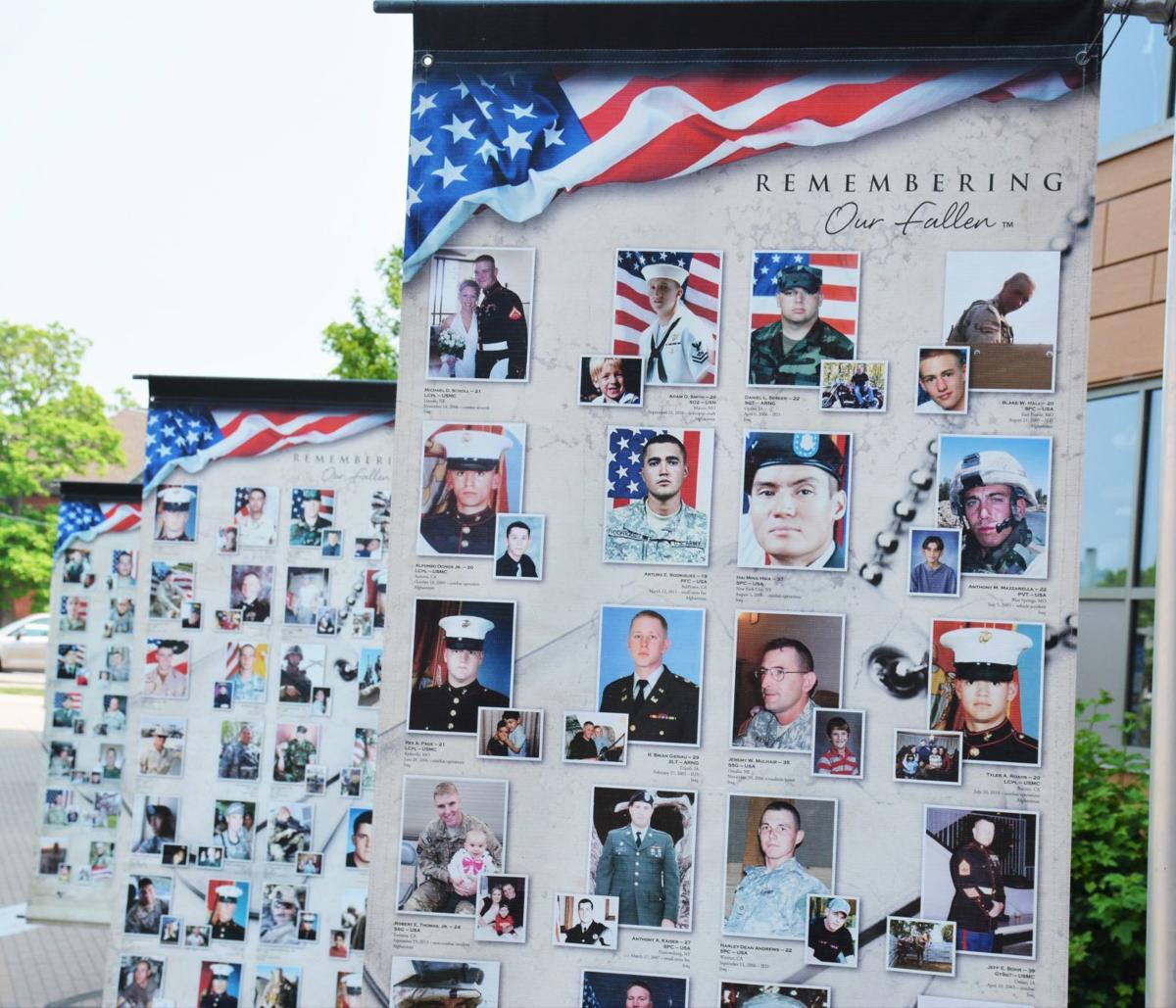 The photos represent different backgrounds and regions of the country, but they have one thing in common: They were all so young.

Photos of over 5,000 young men and women who lost their lives as active duty service members since Sept. 11, 2001, are on display this week in the Remembering Our Fallen memorial hosted by Western Technical College. The display, which consists of 34 “tribute towers,” arrived in La Crosse on July 20 and is open to the public through July 25.

Dave Luton travels with the display, established by Nebraska-based Patriotic Productions. Among his duties is looking up names of fallen soldiers and directing visitors to their photos. He said the display in La Crosse has attracted “a steady one or two people at a time.”

Patriotic Productions maintains two mobile memorials that travel the country simultaneously. Luton said the memorial has collected photos from all but 2,000 of the more than 7,000 soldiers who died as a result of their military service since the 9-11 attacks. The memorial includes soldiers who died in training exercises and as the result of post-traumatic stress.

Luton, who was discharged with the rank of sergeant in 1987 after eight years of military service with the Marines, said the setup is designed to focus solely on the soldiers and their sacrifice. The mobile display has no vendors or any merchandise for sale.

“It’s not the right place for it,” Luton said. “I just want people to remember.”

He said it’s a profound experience for him to meet the families of the fallen soldiers.

“I’ve met their families, and I remember them all,” Luton said. “I’ve gotten to know a great deal about them and their lives.”

Dozens of dogs left in Afghanistan after U.S. evacuation

Dozens of dogs left in Afghanistan after U.S. evacuation

A La Farge man was killed Friday in a single-vehicle crash.

Jackson County incident in which one died, one was injured under investigation

An incident in Jackson County resulting in one person’s death and injuries to a second individual is under investigation.