This bell hung in the third La Crosse County Courthouse, also known as the old courthouse. The old courthouse was dedicated 111 years ago, in 1905. That was only 65 years after the first white trader built a cabin at Prairie La Crosse, and in that time this bend in the river went from western wilderness to a small city, with grand public works such as the courthouse to claim their place within the traditions of European culture and history.

The five names engraved on the bell represent the members of the building committee that oversaw the work on the 1905 courthouse. They were chairman J.L. Pettingill, Fred Dittman, George Macmillan, William E. McEldowney and J.K. Johnson. Also cast into the bell is the name of its manufacturer, Meneely Bell Co. of Troy, N.Y., and its year of manufacture, 1904.

The old courthouse was an elegant French Renaissance building, with a large central tower that boasted a clock facing the river. This bell chimed automatically on the hour and half hour, and it originally was powered by water. A 1905 article in the La Crosse Tribune about the construction of the handsome new courthouse boasted, “This is the largest and finest bell in this section of the country, and aside from being a work of art, is rich in tone and of a very penetrating quality.”

Neighbors got a chance to appreciate that penetrating quality when there was a glitch in the new system. An earlier issue of the newspaper included a tiny article titled “New Bell Goes on a Tear.” It read: “The bell in the new courthouse went on a rampage the first day, striking until it had run down. The trouble occurred last evening at 10:30 when instead of striking just once for the half hour, the gong continued until the power had run out.”

The people living nearby likely were unimpressed by the bell’s “penetrating quality” that night.

Sixty-three years later, in 1968, the bell had its second dedication, when it was mounted on a pedestal in front of the then new county building along Fourth Street. This was the result of the combined efforts of the La Crosse Rotary Club and the La Crosse County Historical Society, which raised funds for a 10-foot tall pedestal, plaque and a new electronically operated striker so the bell could be rung on special occasions. The Rotary Club and the Historical Society went to this effort because they believed the bell represented a part of local history they did not want forgotten.

48 years later, the bell was dedicated again Thursday, on the site of its original location. A lot has changed over what is really a very short time span. A mere 175 years ago this was open prairie. Until 65 years ago, a large public building inspired by historic European architectural styles stood on this site. After that, a mid-20th century department store was part of a new way of living — a way that has itself changed and disappeared, only to be recreated in the form of this latest commercial development.

Before long, there will be no one left living who remembers the elegant courthouse that stood here in its own park-like setting. To quote La Crosse’s historian Les Crocker, “The past is never past. It remains with us, often unrecognized, but present nevertheless.”

As we move inevitably toward a future La Crosse, this bell serves as a talisman, or reminder, of the region’s past.

Peggy Derrick is the curator of the La Crosse County Historical Society.

Each week, the La Crosse Historical Society tell us about an important item in local history. Here's a look back at the Things That Matter so … 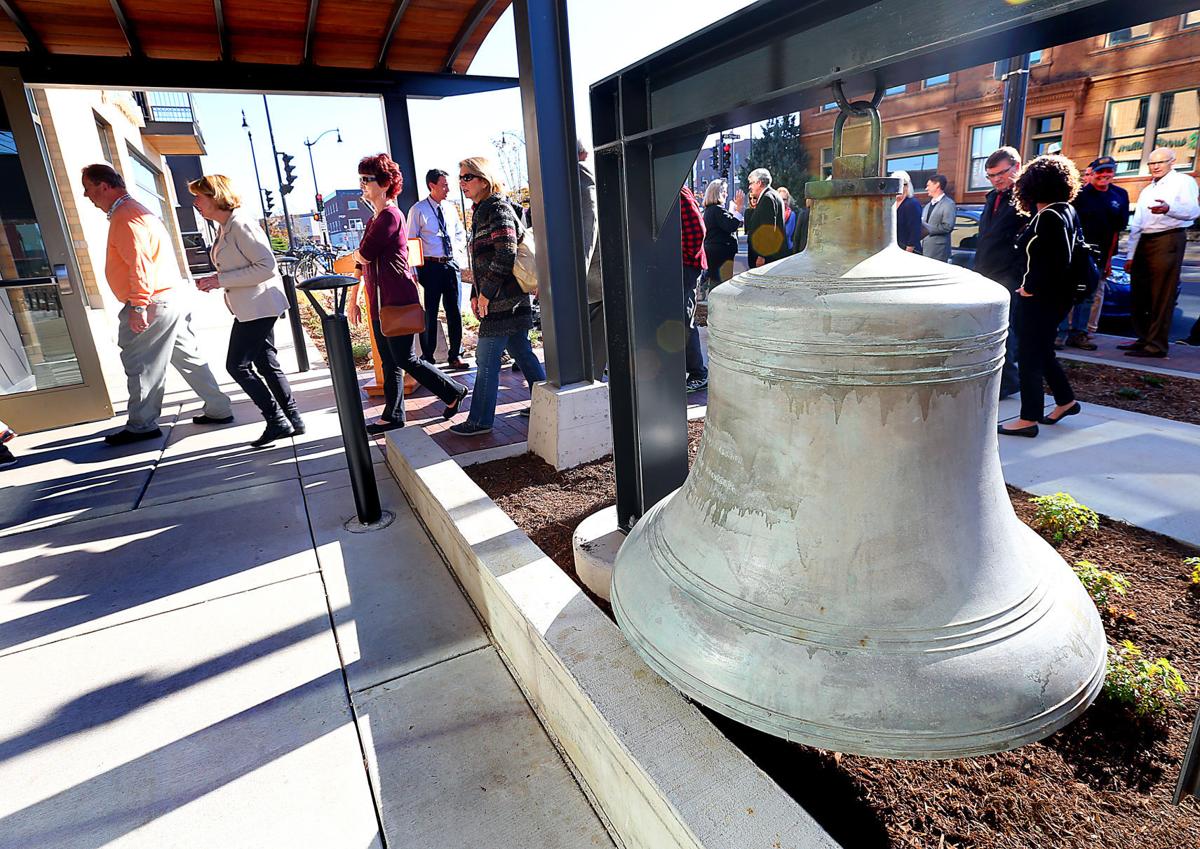 Belle Square was the site of a rededication the bell from the old La Crosse County Courthouse on Nov. 4. The display sits along State Street next to the $68 million mixed-used downtown development. 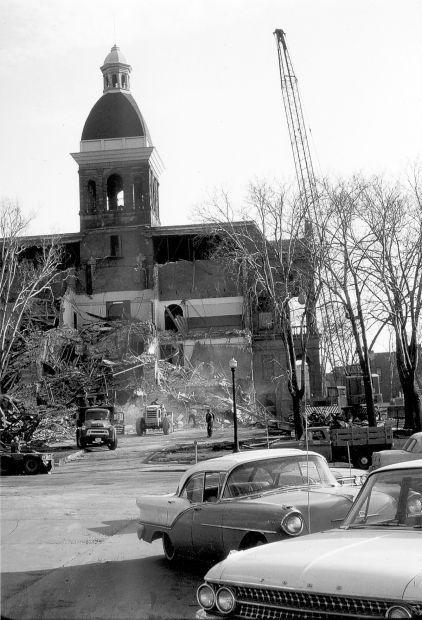 One of La Crosse’s historical downtown landmarks fell to the wrecking ball in 1965. The La Crosse County Courthouse — built in 1902 — was torn down to make way for a Montgomery Ward’s store.