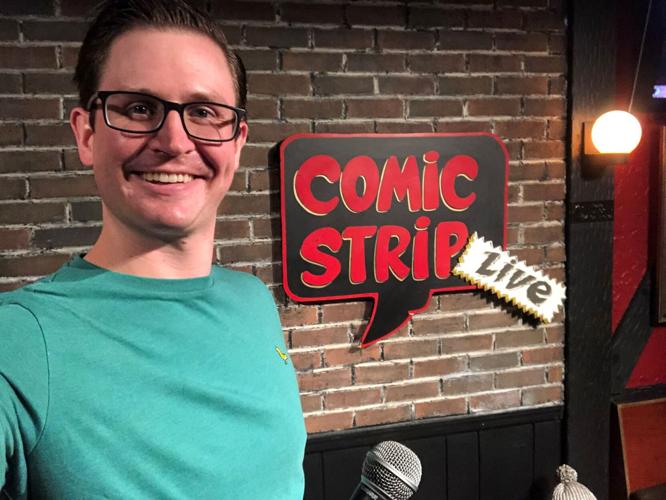 Tim Metzler began his comedic journey when he took summer comedy classes at The Second City between his junior and senior years at Viterbo University. 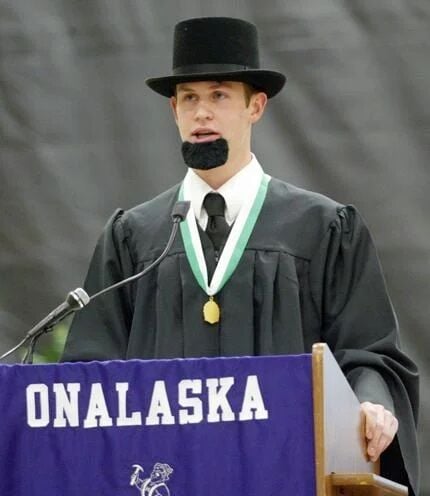 Tim Metzler was chosen by his classmates at Onalaska High School to speak at commencement, and he did not disappoint them, offering a comedic twist on the Gettysburg Address. 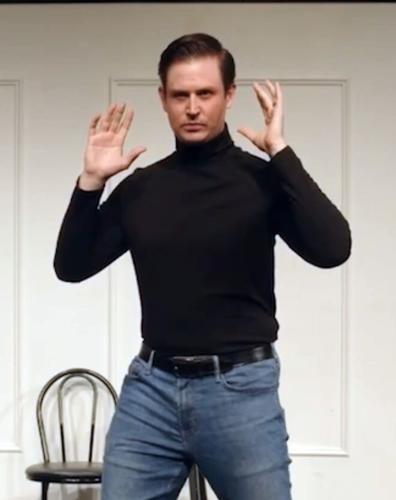 At The Second City, Tim Metzler has honed his knack for creating and inhabiting characters, including a mind reader who tries too hard. 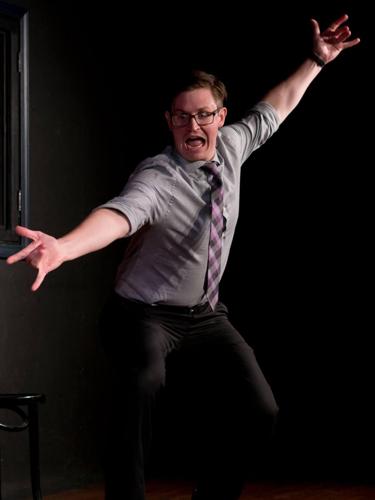 Randy Erickson Special to the Tribune

This year, Viterbo University came as close as it ever has to having a graduate become a cast member of “Saturday Night Live.”

All it took was a decade of hard work and dedication, driving from Milwaukee to Chicago and sleeping in his car overnight so he could get as many comedy classes in as he could; going through the pain of hundreds of auditions; giving countless performances including doing standup shows for five people at midnight on a Tuesday; being possessed by a determination to never stop improving or creating; and rising to the top of the heap at the most celebrated crucible of comedy in history, The Second City in Chicago.

In August, the producers of “Saturday Night Live” brought Onalaska native Tim Metzler, and about a dozen other people, to New York City for three days of trial by fire. “It feels like ‘The Hunger Games’ but nobody dies,” he said. “You go to 30 Rock, you spend the whole day, and they put you in a star’s dressing room, and they have you do your ‘tight five’ on the monologue stage. They’re trying to make you feel nervous.”

Of course, that makes sense. Cast members need to be cool under pressure if they’re going to survive on “Saturday Night Live.”

The day Metzler gave his first-round performance, the producers kept moving the venue and starting time for the showcase to keep the performers off balance and turn up the stress.

Metzler’s “tight five” (a five-minute collection of his best short character bits designed to show versatility) featured a song called “I Don’t Wanna Do That,” a writer giving a tutorial on writing Father’s Day cards who can’t remember anything good about his dad, an impression of U.S. Sen. Ted Cruz trying to appeal to female voters and a mind reader who tries way too hard.

“There’s almost nothing funnier than watching somebody do something way too hard,” Metzler said.

By now, Metzler has a very good handle on what’s funny. His comedy training started at the family dinner table in Onalaska. He was the middle child of three sons, and there was always a lot of laughter around the table, much of it inspired by his psychiatrist father.

“He could have been a comedian,” said Metzler, who belies the stereotype of comedians having had unhappy childhoods. “I had so much joy in my life growing up in Onalaska.”

Metzler played varsity football and baseball at Onalaska High School, but he also found time to take part in school theatrical productions. Known for his comedic touch, he was chosen by classmates to speak at commencement, and he brought down the house with his twist on the Gettysburg Address.

Coming to Viterbo, he planned to become a psychiatrist like his father, but he struggled in the classes needed to get there and got stuck in a rut he couldn’t get out of. “Finally, my dad sat me down and said, ‘You have to do something that makes you happy. Everybody can tell you’re not happy,’” Metzler said.

As a sophomore, he switched his major to English, got involved in theatre productions and the Platinum Edition show choir and started writing jokes for his own amusement. That summer before his junior year, his father had a conference in Chicago and took the whole family. Metzler took the opportunity to take two immersion classes on sketch writing and improv at The Second City.

“Professional comedy hadn’t really been on my radar, but my first experience at Second City made me realize I could do it,” he said.

He probably wouldn’t have pursued comedy if not for the discovery his senior year that he had a rare cardiac syndrome that required surgery. The operation was successful, but they had a hard time pulling him out of the anesthesia and he had an extended recovery period.

“It took my mortality to realize I had some things I wanted to do,” said Metzler, who graduated from Viterbo in 2013 with an English degree and a chemistry minor.

Metzler put off his plans to get a graduate degree in creative writing and went to stay for a while in Milwaukee with his brother, Alex (a 2011 Viterbo graduate who is now a dentist). In Milwaukee, he began taking more classes at The Second City, starting his steady rise through the ranks there.

His membership in the touring company has been a great education in what people in different parts of the country find funny, and it was a necessary step to becoming part of the resident stage (Mainstage and ETC) cast that has been the launching pad for so many careers, including a long list of “Saturday Night Live” alumni.

“Once you get to that top level at Second City,” he said, “you get an agent and people will come and look at you for things,” including but certainly not limited to “Saturday Night Live.”

Besides his work at The Second City, Metzler has a lot of other irons in the fire. He’s a member of the Baby Wants Candy troupe, which creates improvised musicals, and The Garden Boys. He does TV commercials (including a recent one for Amazon’s Kindle campaign) and he’s a humorist for Greener Pastures magazine. He’s also constantly creating comedic content for social media with his wife, Beth Kuhn, also a performer. And for something completely different, he’s a featured fantasy sports writer for FantasyPros.

There’s no telling what new adventures and opportunities could be ahead for Metzler after getting his shot at “Saturday Night Live.” Even though he wasn’t picked for the cast to start the season, he said the show will often bring on people who auditioned to write for the show. And, he noted, Jason Sudeikis — a product of the Las Vegas Second City troupe — didn’t make the cut in the first round, but then joined the cast mid-season.

“Once you audition for “SNL,” you get bigger auditions for bigger things,” Metzler said. “I feel extremely lucky to have gotten to do that. I’m very excited about the future.”

100 best comedy films of all time, according to critics

100 best comedy films of all time, according to critics

In a news release last week, Mayor Mitch Reynolds named the Harry J. Olson Senior Center as a building that could be used for emergency winter…

Tim Metzler began his comedic journey when he took summer comedy classes at The Second City between his junior and senior years at Viterbo University.

Tim Metzler was chosen by his classmates at Onalaska High School to speak at commencement, and he did not disappoint them, offering a comedic twist on the Gettysburg Address.

At The Second City, Tim Metzler has honed his knack for creating and inhabiting characters, including a mind reader who tries too hard.