Nancy Wernecke finds comfort in the fact that her childhood home’s future includes housing single moms and their children, preserving the laughter and memories that the walls of the “Pink Palace” have absorbed instead of letting them fall to a developer’s wrecking ball.

“I’m absolutely ecstatic,” Wernecke said of the plans to re-imagine the building as Three Rivers Scholars House, providing a home to single mothers who are in school and their children.

“I consider myself a humanitarian and social activist, and repurposing it that way warms my heart,” the 64-year-old Wernecke said during a phone interview from Portland, Ore., where she moved nearly three decades ago.

The news is, indeed, more heartwarming than the scenario discussed when Wernecke was back in town for a farewell ceremony to the building and two memorial gardens at 907-927 Main St. in May 2015.

“After the ceremony, there was speculation about redevelopment,” she said. “I’m very pleased about this — it’s fabulous.”

Mysterious outside, time travel inside

That is a fitting adjective for a building that is as mysterious from the outside as it is jaw-dropping on the inside, with its kitchen, bedrooms, bathrooms, an indoor pool that used to be outdoors and other features that were installed in the 1960s and ‘70s and have survived the eras since then to a new time when retro is cool.

Three Rivers Scholars House is being developed under a partnership among Shelter Development Inc., the University of Wisconsin-La Crosse’s Self Sufficiency Program and Hope Academy at the Family and Children’s Center to provide housing for single mothers as long as they are in educational programs.

Wernecke’s first memory of the house, when she was 3½ or 4 and moved in with her parents, the late Dale and Pat Wernecke, was that the previous owner’s large dog kept coming to the front door and trying to get in, she said with a laugh.

That was before the Werneckes had the swimming pool installed, when the back yard had an apple tree, a pear tree, lilacs, pussy willows and a playhouse, she said.

“Every winter, Dad would flood the back yard to make an ice rink” for her and her younger sister, Julie Wernecke, said. “He would skate with us, holding onto a chair” for balance.

Next door, at 919 Main, was the home where Pat grew up, a house from which Nancy recalls her dad rescuing a woman from the second floor when the house burned down.

“Dad was up on the ladder, and the woman was a family friend” with limited mobility, she said.

Dale, an entrepreneur of sorts who once was involved in black market coffee and sugar, and Pat did a fair amount of international travel, Nancy said.

“One time in Colombia, they wanted Mom and Dad to smuggle diamonds to the United States,” she said, adding that they rejected the investment opportunity and the potential for jail.

“They did spend a night in jail in Panama for landing without permission,” she said.

Dale had wings built on either side of the 1880s-era house for rental apartments, although her grandparents lived in one for a while, and Julie and her family occupied another, she said.

“Eventually, dad moved full force into rental apartments. He owned his own construction firm and built or bought apartments,” she said. “He had buildings in five states.”

Eventually, he would buy several neighboring houses, including that of Ruby Stranberg, and the gas station on the corner, leveling them to make an expansive yard.

Former neighbor Richard Dungar of La Crosse recalls those days, saying, “I lived at Mrs. Ruby Stranberg’s home on 10th Street next to the Wernecke home. I would go to the gas station next door to get gas for the lawn mower to cut Mrs. Stranberg’s yard.”

The Werneckes were friendly people, although a bit stand-offish, Dungar said.

“Dale Wernecke was a very nice man, but he took walks around the block like he was a squire,” the 66-year-old Dungar said in an interview.

“I have to be honest — I was skittish and he was intimidating. He was wealthy, and I was a blue-collar worker” at Desmonds Formal Wear, Dungar said.

Dungar recalled going to the Wernecke house a few times to give Dale pickets that vandals had knocked out of the picket fence that surrounded the house.

Vandalism continues to this day, as several of the white vinyl pickets are broken or gone.

While Dale was building his empire, Pat was busy decorating his palace with an eclectic approach that included top-drawer kitchen appliances that remain at their stations, imitation palms and other foliage crowded leaf to leaf, statuary inside and out, colorful shag carpet throughout and wildly creative spins in rooms that still harbor the décor.

Walking into the main house is a bit like entering an episode of “The Twilight Zone,” expecting to hear Rod Serling’s haunting voice warning that you are arriving in another dimension that time forgot.

One room had an African motif, and still another, a Japanese theme, Nancy said, although she doesn’t recall her parents traveling to either of those parts of the globe.

A room that appears to be a media center has a hole in a wooden wall that might have held a TV no bigger than 19 inches, with holes on either side for speakers.

Another room, in the basement, has “The Age of Aquarius” painted on the wall, along with go-go dancers, guitars, old-fashioned phones, musical notes and phonograph records of a bygone era.

“That originally was built as a bomb shelter in an age when there was fear of everything. We called it ‘The Pad,’ and when we were teenagers, we had black lights and waterbeds there,” said Nancy, a graduate of Central High School.

“It was a bit of a party place where we would hang out and smoke cigarettes,” she said.

Pressed, she confessed that tobacco wasn’t the only plant burned in The Pad.

“I would steal the car and get my girlfriend, who would sneak out the window,” she revealed in conspiratorial fashion.

“I had my stash in a knitted bag I had made.”

“One day, when we were both painting our fingernails, we found the bag, and inside was a plastic bag of crushed-up Wheat Chex,” she testified. “We blamed each other for years until we found out that my mother had done it.”

Pat, whose name morphed to MeMe with the arrival of grandchildren who called her that, didn’t have formal interior design training, Nancy said.

But she had a passion for the art and did it her way, Nancy said, adding, “My sister had the same gene for decorating.”

MeMe decorated Nancy’s room with a poodle motif, without asking her daughter’s preference, which Nancy explained by saying, “She got what she thought we needed. She had us in her mind, looking through her own lens for decorating.”

When the Werneckes had the pool enclosed, “it was a whole new opportunity” for a redesign, including large statues at corners of the pool.

“She decided to create a Shangri La for the entry, and off she went to it again,” Nancy said of the entry still labeled Shangri La in stained glass that is typical of several rooms.

Dale indulged his wife, although “he also got into it,” Nancy said.

Hesitating to allow her mother to be labeled dominant, Nancy said, “She got her way — she stomped her foot and got her way.”

Although the Pink Palace gives the impression that it might have been a perpetual party place — Nancy had her second wedding in the pool area — she said her parents were somewhat reserved.

While the home generated peals of laughter and mischief for decades, it also experienced sad moments.

Granddaughter Kinsey, one of Julie Bronston’s seven children, had spinal muscular atrophy and died at the age of 3½, prompting Dale and Meme to designate part of the yard as a memorial garden for her, with a statue as the focal point.

Lance, another of Julie’s children, died at the age of 25, and the Werneckes created a memorial garden for him as well.

The statues commemorating both now are at their graves at Oak Grove Cemetery, where their mother also was buried after her death July 5, 2015, Nancy said.

Nancy believes they would be happy to see the building as it enters its next phase, sheltering women and children.

“The repurposing of the Pink Palace would be much in keeping with my parents’ legacy of kindness and generosity,” she said.

Nancy Wernecke gathered photos for a goodbye celebration to the Pink Palace, and Guy Bodin of Portland, Ore., created a video from them.

"I would not have been able to put this together without his amazing help," Nancy said. "He worked diligently for hours and hours to help create it."

Photos: Inside the Pink Palace

'Pink Palace' to assume another persona as home for moms in school, their kids

This 'smart fabric' can contract and lift weight just like muscles

This 'smart fabric' can contract and lift weight just like muscles

All you need to know about classified information

All you need to know about classified information 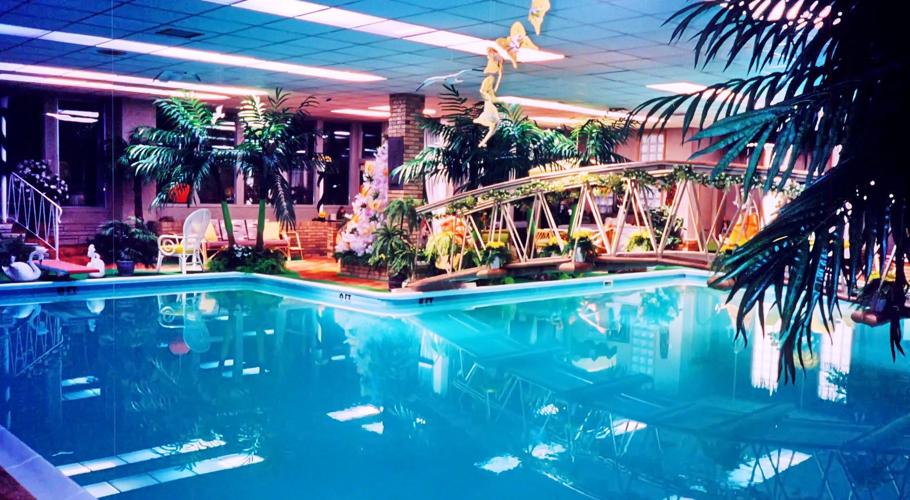 The pool at the “Pink Palace” was once outdoors, but Pat Wernecke ramped up the decor when the Werneckes had it enclosed. Plans are underway to transform part of the historic building into housing for single moms and their children. 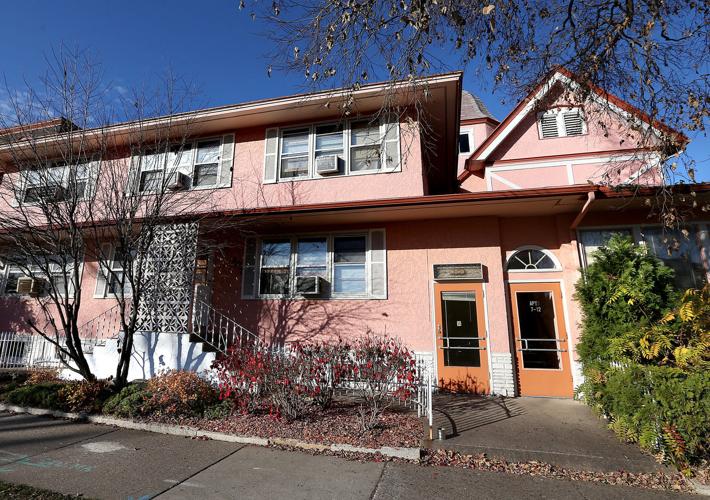 Part of this apartment building at 907-927 Main St. in La Crosse, called the Pink Palace, soon will house the Three Rivers Scholars House for single mothers and their children. 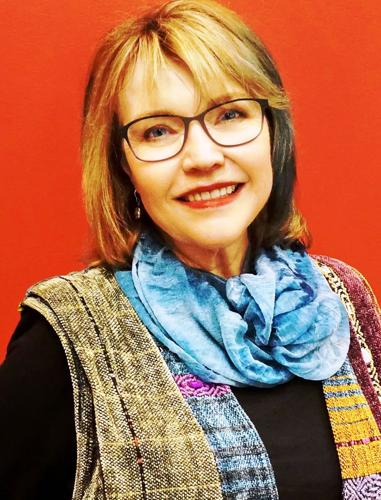 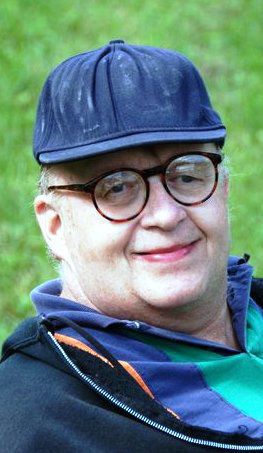