After months of closures due to wet weather, the vast majority of the La Crosse River Marsh Trail has opened; however, flooding damage will keep Pettibone Park closed indefinitely, according to the La Crosse parks department.

Recreation coordinator Leah Burns announced Tuesday that all but Willow Trail in the marsh opened during the weekend and only the canoe and kayak rentals and beach portion of Pettibone were opened. The closures have brought into focus the necessity of planning for the future as the weather trends change.

“They typically go under every spring, but not for such a significant amount of time, so this is certainly an extreme and unusual case, but it’s been happening the past couple years, so we need to look at the long-term and see if there’s a solution to keep these trails open to the public,” Burns said.

While Burns was excited to announce the trails were finally open, she said there was a lot of damage during the weeks they were closed, and people should be cautious when they begin using them.

Staff members have been working hard since the water went down two weeks ago, clearing debris and repairing sinkholes.

“Also a lot of trails were undermined by the amount of water flowing through the La Crosse River marsh, so you’ll see there’s some new gravel on the trails,” Burns said. “It’s not as sparkly as it used to be. These are some temporary fixes to get us through the summer season here.”

While she said they didn’t yet know how much it cost to clean up the damage, they’ve been working with the city’s street department to keep expenses down.

Willow Trail is not quite ready.

“It’s a lower lying trail that has a lot of debris, cattails and logs that we’re still in the process of cleaning up, but we anticipate that we’ll be able to open that up here shortly,” Burns said.

Pettibone will take a bit more, she said, after it was flooded for two months straight. The majority of Pettibone will remain closed while the city deals with washed-out roads, thick layers of mud and other debris.

There was a lot of uncertainty when they began the evaluation, because while the park floods every spring, they had never seen it underwater for quite so long.

“We were able to get into the park last week, and it was kind of what we had expected. We had big washouts of the road. We have seriously large trees down. We have major sinkholes going on. There’s basically no grass left,” Burns said.

While the electrical system had been shut off prior to the flooding, it was also damaged, as were the shelter and gazebo. People who reserved the spaces have been moved to other park locations.

“We’re having a hard time even getting our contractors in it to look at it and do inspections and provide us with quotes. The first step is to get the road repaired,” Burns said.

From Tribune files: Wildlife in the La Crosse River marsh

While the budget plans for some flood repairs each year, this year was a surprise.

“We weren’t anticipating a flood like this,” she said.

The marsh has been hit hard by water and flooding the past two years, and the parks department will be meeting with the engineering and water departments to evaluate the trails and the future of the marsh.

“There’s a lot that’s going to go into this kind of long-term fix, but we’re in the very beginning stages of sitting around a table and beginning the discussion to see what that is going to look like, what that’s going to cost and really getting a nice plan to follow at this point,” Burns said.

The Friends of the La Crosse River Marsh, which has long partnered with the city to care for the marsh, will join the city in discussing the future of the marsh trails.

Chuck Lee of the Friends of the La Crosse River Marsh said Tuesday that they expect low trails like Willow Trail and the Grand Crossing Trail through the spillway to flood each year.

“We believe that this spring was extraordinary for the amount of high water and the length of high water, but last year it flooded twice, the year before that it flooded in February, so the extraordinary is more and more common,” Lee said. “That certainly poses some real challenges for not just the trail system, but for everything.”

Not only is Lee concerned about the trails, but also the environment they sit in. It’s a matter of balancing the different functions of the marsh, he said. The marsh is meant to hold water, providing a natural stormwater system for La Crosse, and that water needs to be able to move.

“We need to know this is a marsh, not Hixon Forest,” he said.

Lee said the city could consider long-term fixes for the trails like a bridge over the spillway, larger culverts than the ones installed in years past, which washed out.

Pages of the past: La Crosse Tribune stories and photos from the Great Flood of 1965

Pages of the past: La Crosse Tribune stories and photos from the Great Flood of 1965

From Tribune files: Photos from the Great Flood of 1965

Page through dozens and dozens of photos of the historic 1965 Mississippi River flood. Photos courtesy of the La Crosse Public Library Archive…

A 41-year-old man with no permanent address is being held in the La Crosse County Jail on $50,000 cash bond after being charged in three separ…

Police are searching for a 32-year-old Arcadia man accused of sending a man to the hospital after an April 9 assault near a La Crosse bar.

Potentially hazardous asteroid to hurtle past Earth on May 27

Potentially hazardous asteroid to hurtle past Earth on May 27 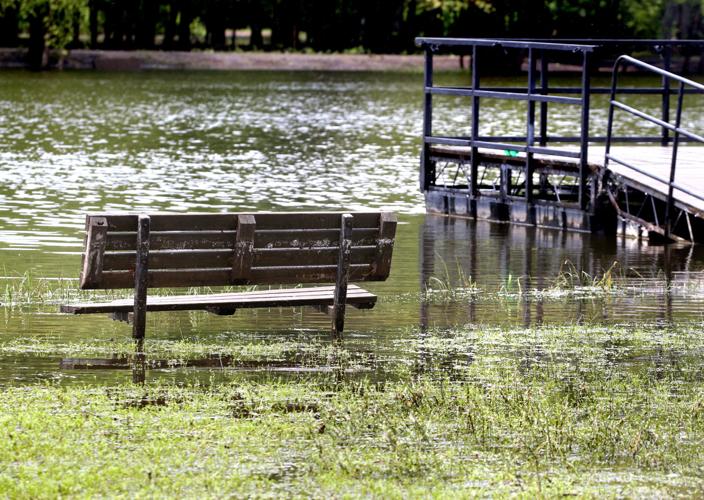 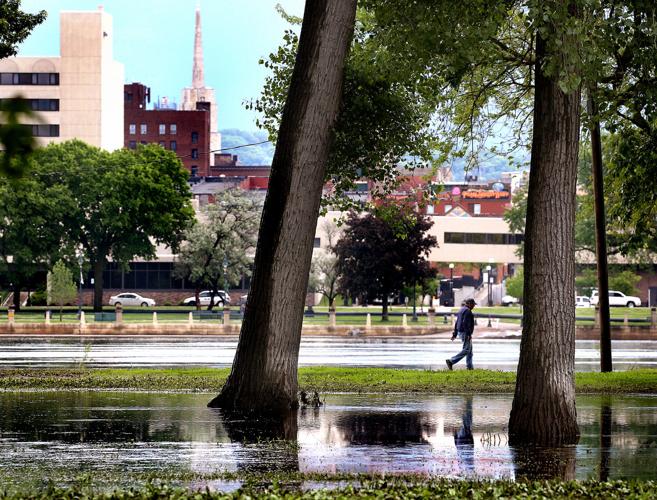 Floodwater continues to recede from Pettibone Park June 11 where City of La Crosse workers have started cleaning up the mess left behind by the high water. 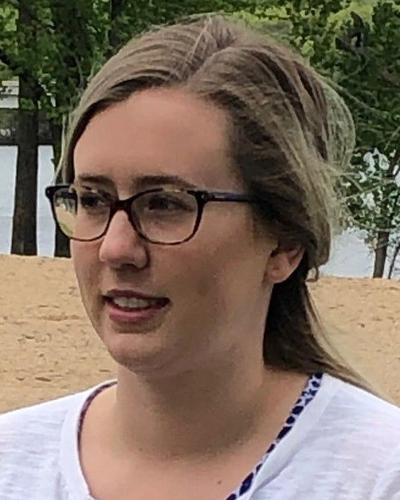 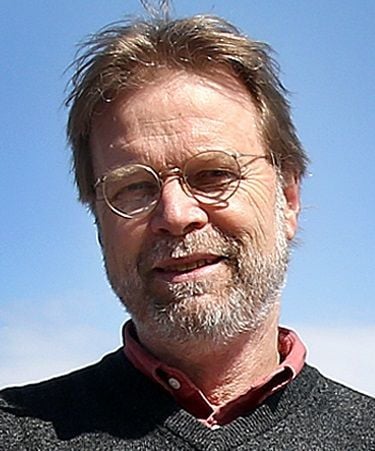