For many years Mike “Oly” Olson could be found stationed at his food truck, selling mini donuts to long lines of fair and festival goers. Mike was at his happiest when manning the Mini Donut Express.

But behind the smiles he was struggling with depression. He took his own life at 59.

Suicide is all too common both nationally and locally. More than 700 people die by suicide each year in Wisconsin, and 5,500 more are hospitalized for intentional self harm.

In order to raise awareness of the issue and honor those who have died, the Mini Donut Foundation is hosting its second Mini Donut Half Marathon and Bigalk 5K on Sept. 17. The 2015 event raised more than $27,000, with proceeds going toward suicide awareness, prevention and education.

“Suicide is a problem (for) people from all walks of life. We heard from runners who never ran a mile in their life but signed up for the half in honor of a family member or friend who committed suicide,” said Ginny Dankmeyer, president of the Onalaska-based organization and a half-marathon committee member. “The suicide rate in Wisconsin is four times the homicide rate. Last year there were 26 suicides in La Crosse County alone, and this year we are on pace to meet that number, which is very troubling.”

The Mini Donut Half Marathon is named for Mike, the uncle of race director Sarah Meza, and the Bigalk 5K is in honor of Adam Chul Bigalk, the brother of race director Molly Cernigliar. Many of the other members of the organization have also lost relatives or friends to suicide.

“This is an issue very close to our hearts. We have personally experienced the pain, confusion and despair that comes from losing a loved one to suicide,” Dankmeyer said. “We want to offer help and healing to our community and prevent other families from ever having to go through the loss of a loved one to suicide.”

The funds from last years race went to the Joe Was Just Joe Foundation, and this years proceeds will be spread among several local organizations, including the La Crosse Area Suicide Prevention Initiative and the Coulee Council for Addiction. Dankmeyer says just as important as the money raised is the emotional benefit to the race participants, who often realize they are stronger than they think.

“We have received so many touching stories from local families who have been affected by suicide, and many of them have told us how our race event has truly made a difference in their lives,” Dankmeyer said. “One woman wrote to us recently and explained how training for our half marathon brought her and her father closer together after the loss of her sibling to suicide, and that, through preparing for this event, their family was finally able to talk about what had happened, and they were also finally able to heal a little.”

The race will be followed by the Celebration of Life, with food, music, a photo booth and a chance for racers and community members to share memories, form connections and offer support. Coffee and donuts will be served in Mike’s honor, and non-runners are welcome to cheer on the racers, socialize and attend the awards ceremony.

“When you see how many hundreds of people turn up wearing t-shirts, buttons or posters they have made in honor of their loved ones lost to suicide, you realize just how much suicide impacts our community,” Dankmeyer said. “It is truly amazing ... to see everyone look around and realize they are not alone.”

WHAT: Mini Donut Half Marathon and Bigalk 5K

WHERE: The Mini Donut Half Marathon begins at the intersection of Fourth Avenue and Riders Club Road in Onalaska and ending at the Historic Trempealeau Hotel. The Bigalk 5K begins at the hotel.

REGISTRATION: Registration for the half marathon costs $70, with a $10 discount offered through Aug. 21 with coupon code RIO. Registration closes Sept. 9 and costs $75 after Sept. 1. The Bigalk 5K is $25, and registration is available both early and on the day of the race.

MORE INFO: For more information or to register, visit www.minidonutfoundation.com. Other promotions can be found at www.facebook.com/minidonuthalfmarathon

After suicide attempt, Melinda Byerly helps others struggling with depression

Ten years ago on a Saturday in June, Melinda Byerly walked toward the woods behind her house in Chetek and took a rope from the shed. She form…

La Crosse County is becoming a beacon in the national Campaign to Change Direction, according to the founder of the movement to enlist communi…

Strangers unite to keep woman from jumping in Minnesota

ST. PAUL, Minn. (AP) — A group of strangers united to keep a woman from jumping into interstate traffic on an overpass in St. Paul. 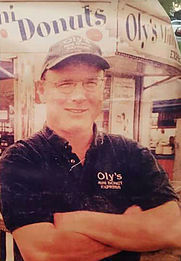 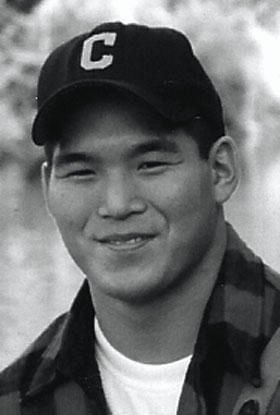