MADISON — Assembly Republicans are pushing a bill to eliminate Wisconsin’s minimum hunting age, raising questions about how young is too young to fire a gun in the woods.

The measure’s supporters say parents should have the power to decide whether their child is ready to hunt. Opponents counter that young children aren’t physically or mentally ready to wield long guns and could hurt themselves or others.

“Can that 1-day-old to 9-year-old differentiate between shoot (or) don’t shoot?” Joseph Lacenski, president of the Wisconsin Hunter Education Instruction Association, said in remarks submitted to the Assembly natural resources committee. “Can they differentiate between what is killing versus hunting? Can they rationalize the difference between video games they have been playing and the consequences of the real world?”

Right now, children as young as 10 can hunt in Wisconsin without passing a safety course if they’re accompanied by a mentor. The mentor must remain within arm’s length of the student and they can have only one weapon between them. The number of mentored hunt licenses has steadily grown, from 19,054 in 2010, the program’s first year, to 31,250 in fiscal year 2014, according to the Department of Natural Resources.

Under Rep. Joel Kleefisch’s bill, anyone of any age could hunt without safety training alongside a mentor, and the mentor could carry his or her own weapon.

Kleefisch said the bill will give parents the ability to make choices for their children. The measure also will resolve conflicts for mentors who want to hunt themselves but don’t have much time to spend in the woods by allowing them to teach and hunt simultaneously, he said.

He submitted data from the Sportsmen’s Alliance and Families Afield to the natural resources committee that show children younger than 10 can participate in mentored hunts in 34 of the 41 states that offer programs and that Wisconsin is one of only four states that limit mentor-student teams to a single weapon.

“Our utmost goal is to look at safety first,” Kleefisch said. “So many other states have safely introduced new hunters to hunting without the burdensome regulation we have in Wisconsin.”

The National Rifle Association, the gun rights group Wisconsin FORCE, Whitetails of Wisconsin and the state bear hunters association all have registered in support of the bill, according to state Government Accountability Board records.

Opponents maintain young children can’t handle large-bore rifles and shotguns. Ray Anderson, a Madison-area hunting safety instructor, submitted remarks to the committee saying he tells parents not to even enroll their children in training until they’re at least 12.

“Too many children age ten or younger are not ready to hunt,” he wrote. “We’ve had situations in class where 9- and 10-year-olds simply don’t have the maturity to handle a firearm. They inadvertently point the firearm at others and instructors. I implore you to not pass (the bill). If anything, raise the minimum age limit to 12 or at least age 11.”

The natural resources committee is set to vote on the bill Wednesday. Passage there is likely. The bill’s prospects beyond that are murky. Committee approval would clear the way for a vote on the full Assembly floor but Republicans are swamping their leaders with bills as the session draws to a close and it’s unclear if Speaker Robin Vos supports the measure. His spokeswoman didn’t immediately respond to an email seeking comment on the bill’s chances.

Should there be a minimum hunting age? 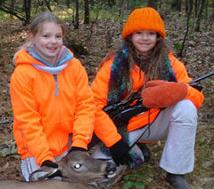 Assembly Republicans are pushing a bill to eliminate Wisconsin’s minimum hunting age, raising questions about how young is too young to fire a gun in the woods. 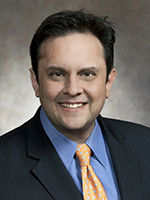