Development in Riverside North will fan out from a central park toward the river and include a mix of housing and commercial options, according to a plan reviewed Wednesday by the La Crosse Redevelopment Authority.

The plan, which serves as a blueprint for development and zoning for the site just north of downtown, is being developed by Wired Properties, Rinka Chung Architects and Short Elliot Henderson, in conjunction with the RDA and other stakeholders. It’s in its final stages after a draft was presented in December.

It lays out the future location of infrastructure — such as new roads, parks and parking — as well as setting aside which areas of the 35-acre site will be multi-family, commercial or office space.

“We’ve seen the expansion of green space on site, we’ve seen the leveraging of different types of housing, we’ve seen the maintaining of public access from riverfront and within the site,” Hatfield said. “I’m encouraged by the direction we’re going, but recognizing that there’s still a long way to go.”

The site plan calls for a commercial development along Copeland Avenue, light industrial down Causeway Boulevard, and a mix of housing densities in the middle. There’s a block carved out for senior citizen housing, and areas by the river designated for restaurants, hospitality and recreation.

The plan includes a curved road that begins at Riverbend Road and Copeland Avenue — at the main entrance to the development — and ends at Causeway Boulevard.

There also are significant paths of green ways from a park that will be centrally located spreading toward the river.

“If you were to stand on a street corner, and look toward the river, you can see the river. You can see the different amenities that are on site, but ultimately it’s, again, taking advantage of this amazing place that we live and using those rivers and the bluffs and even the wildlife that’s in that area,” said RDA chairman Adam Hatfield. “That’s a really important piece for us.”

The green space serves several purposes. It will cover up underground stormwater detention facilities, improve public access to the river and the whole site, as well as beautify the neighborhood the RDA hopes to create, he said.

“It’s a combination of some of the stormwater considerations we have on site, in addition to some of the infrastructure — so, streets and sidewalks and bike lanes and things like that. I think seeing those more prominently highlighted in tandem with some of the green spaces on site was a really good update,” Hatfield said.

There’s a lot of housing in the plan, with less dense townhomes in the center to multi-family and mixed use around the outsides.

One thing there won’t be a lot of is surface parking, which was done on purpose, according to architect Matt Rinka.

“Parking has essentially been hidden into the project, and most of it has been put into the central areas of each of those blocks,” Rinka said. “That’s a very purposeful move. It’s a little bit more expensive strategy, but it’s a much more responsive urban design move.”

The site plans suggest parking on the ground floor to keep it above the river levels, but recommends building overtop the parking in a variety of ways.

The team hopes to complete the plan by August at the latest, and then SEH will get to work on finalizing engineering plans for the infrastructure. When the plan is complete, it will lay the groundwork for developers and city officials as they partner up to get shovels in the dirt.

“The real goal of this document is that anybody can pick it up and understand the rules under which they can develop. It sets the aspirations and the expectations, and it establishes all the ground rules,” said Williams.

Hatfield and the rest of the RDA were pleased with the work of the master developers. 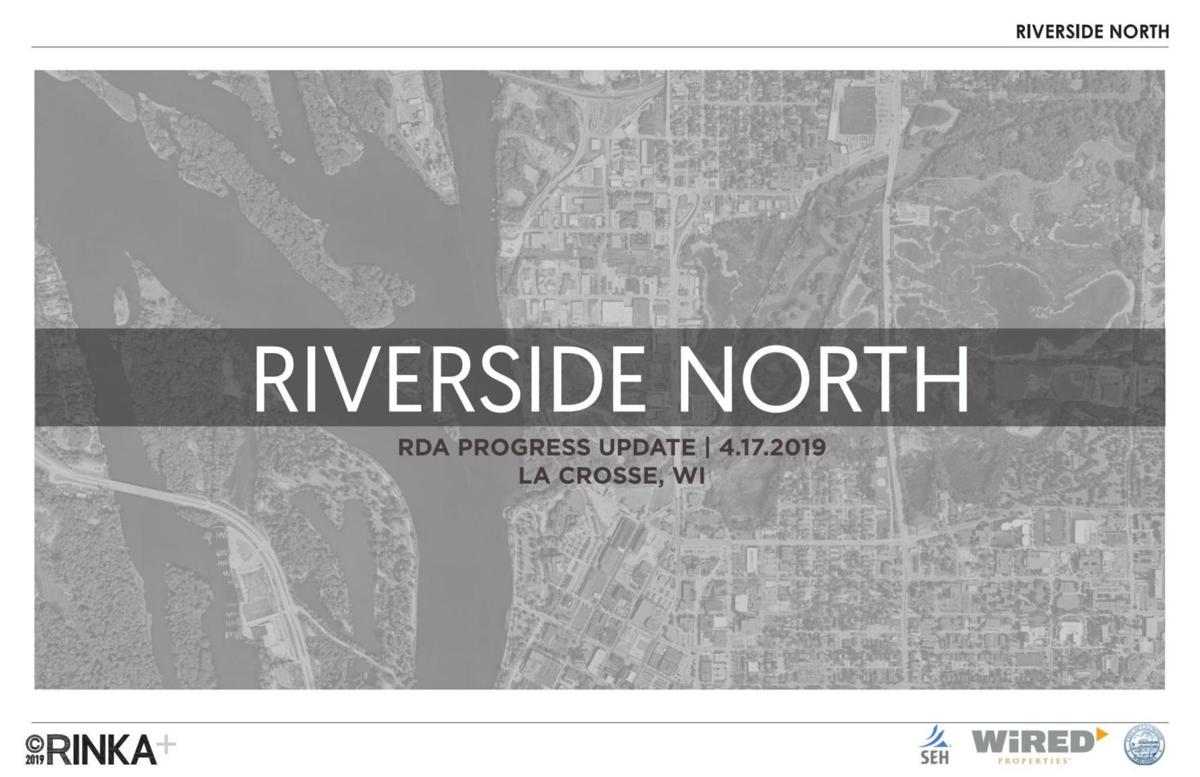 The sculpture park would reside in the flood zone of the development area, and would work to environmentally harm the space as little as possible.