WINONA, Minn. — Nicholas Modjeski grew up on a farm, so when he went to medical school he made sure to do some rotations at rural hospitals.

He liked the team-based approach to medicine there, and the wide variety of patients he could help.

Now a family medicine doctor at Winona Health, Modjeski said he jumped at the opportunity to start seeing patients at the Rushford Clinic, which serves a town of about 1,700 and the surrounding area.

Modjeski splits his time between Rushford and Winona, so he knows how both clinics run. In Rushford, a team of two medical doctors and a nurse practitioner see patients. In Winona, there are 11 family medicine providers.

“It’s a different atmosphere,” Modjeski said of the Rushford Clinic.

Like every other aspect of healthcare, rural health is changing rapidly. Small clinics are increasingly becoming part of larger organizations, and employers across the nation are facing a shortage of family doctors who are willing to serve in rural areas, whose residents are often older and have more chronic health conditions.

At the same time, medicine is becoming more specialized. In the past, a small-town family doctor might play the role of a clinician, a hospitalist, a coroner, a hospice provider, or even a veterinarian. Now, all these roles are done by different people, so collaboration between care providers at rural clinics and nearby hospitals is extremely important.

That team-based model of healthcare, while phasing out the lone family doctor who delivers all the babies in town, results in better care in the long run, Modjeski said. Rushford Clinic often serves as just one piece in a patient’s care, helping people manage their health while receiving treatment based in Winona, La Crosse, or Rochester.

The Rushford Clinic incorporated as a family practice in 1959, and it affiliated with Winona Health in the mid-1990s. In Rushford, patients know the clinic receptionist by name. The waiting room has a kids’ play area and catches lots of afternoon sun. It is small and friendly, ideal for primary care, Modjeski pointed out, because it’s good for patients to feel comfortable at the doctor’s office.

Despite its calm daily rhythm, Modjeski said the Rushford clinic often functions like an urgent care clinic too, with farmers and hunters coming in with knife wounds, fishermen with fishhooks in their skin, and plenty of fevers and sore throats come wintertime.

It’s a place locals know and trust. Many of them grew up seeing Dr. John Peterson, who started at the clinic in 1959 and retired in 2012. He was the quintessential family doctor who knew the whole town and was heavily invested in the community.

“That’s hard to live up to,” Modjeski said.

Rushford’s story and culture shares many similarities with other small clinics in the Winona area.

In St. Charles, the Olmsted Medical Center purchased the clinic from a single family doctor in 1986, and the clinic moved to a new location in 2004. Clinics in Wabasha and Plainview, as well as Alma, Wis., affiliated with the Mayo Clinic Health System in 2006. Tri-County Hospital and Clinics in Whitehall, Wis. affiliated with Gundersen Health System about seven years ago.

The number of independent clinics is decreasing nationwide, and the transition has not been without bumps in the road. Gundersen Tri-County CEO Brian Theiler said Tri-County’s affiliation with Gundersen brought with it a host of changes, some of them more popular with the local community than others.

For one thing, Theiler oversaw staffing changes at the hospital and clinics, hiring four family physicians, most of them new to the area and fairly young. They also merged small clinics in Blair and Independence under the Tri-County umbrella, with electronic medical records moving seamlessly between them.

The staffing changes did not go over especially well, Theiler said. He had to let go of three physicians who had been working at Tri-County for more than 30 years each. Their absence is still a sore spot for the community, Theiler said, but that’s because medical practice has changed.

“We really needed to move on. We needed people here that were more updated and just better-equipped,” he said.

The affiliation also made specialists in the Gundersen Health System more accessible to Tri-County patients through telemedicine. For example, patients with mental health issues can see a psychiatrist through telemedicine, since mental health support isn’t available every day at Tri-County. Telemedicine also plays a role in follow-up after surgery, so patients can get home faster and still see cardiac specialists without an hour-long drive to La Crosse.

Telemedicine is also used for backup in the emergency room, so staff at Tri-County can get advice via video contact as they prepare a patient for the ambulance or helicopter ride to a bigger hospital. Through the electronic health records system, labs and radiology reports can help staff in La Crosse prepare for the patient’s arrival and not have to redo tests.

“With being part of a larger system, it’s opened up a lot of doors for us resource-wise, personnel-wise, and also it just really helped us in terms of program development and expansion,” Theiler said.

At the same time, sometimes the approaches that work at Gundersen in La Crosse don’t work in Whitehall. Tri-County is a 25-bed critical access hospital with a 35-bed long-term care facility attached. It serves a remote area; two ambulance services operate out of Tri-County, covering 800 square miles between them.

“Part of my role has been to balance what works (with) what doesn’t work, and sometimes argue a little with La Crosse about that,” Theiler said. For example, Tri-County doesn’t have the patient capacity to warrant five information technology employees, so one or two employees had to be trained to handle more aspects of the system.

Theiler said the affiliation with Gundersen was, and still is, a topic of concern for locals. So he tries to keep his work as transparent as possible, and seeks ways to invest in the community. He moved to Whitehall instead of commuting from La Crosse, and serves on the Chamber of Commerce board. He spends each Wednesday morning at a local coffee shop, asking folks for input.

Theiler said the choice to keep the two satellite clinics in Independence and Blair open was also motivated by a desire to keep a good relationship with those communities and live up to the standards they are used to. Thanks to agreements with building owners, rent is cheap, and staffing is usually kept to an associate staff member full-time, and a medical doctor one or two days a week.

Still, it’s not a guarantee that they’ll be able to sustain the small clinics indefinitely, or continue with the same number of hours. One reason for that is a shortage of family medicine providers nationwide, especially in rural areas.

According to the National Organization of State Offices of Rural Health, while about 20 percent of the population lives in rural areas, only 9 percent of physicians practice there — and not all of those are in primary care.

Winona County is not a health professional shortage area, so medical school graduates are not eligible for as much state and federal loan aid. Still, Winona comes across as rural for most job candidates, which, according to Winona Health physician recruiter Cathy Fangman, presents a recruitment challenge.

Candidates come from large training hospitals in urban areas, so Winona can be viewed by outsiders as a sleepy river town by comparison. Fangman said successful recruitment — and retention — involves selling the whole city, including schools, neighborhoods, and recreational opportunities.

“We really focus on looking at it from a holistic perspective,” Fangman said. “You have to sell the community as well.”

From a practical standpoint, new physicians are accustomed to the large staff teams of the training hospitals where they completed residencies, Fangman said. For the Rushford Clinic especially, the idea of having less access to other opinions and possibly being the sole physician at a rural clinic makes them nervous.

Theiler said depending on the candidate, that slimmed-down primary care model can be a selling point as well, since it means more variety in the work.

“Their flexibility in their job isn’t just seeing patients — it’s also doing some administrative duties, it’s the hospital, it’s the nursing home. It’s kind of more of a holistic job,” he said.

In addition, Theiler said practicing in a rural area offers more opportunities to make a personal connection with patients, which can be rewarding for the provider and helpful for the patient.

Fangman said in large part, providers who end up working at Rushford want to be there. They’re often farther along in their careers and perhaps looking for a change of pace. Like Modjeski, they might have grown up in rural areas or simply love the outdoors. They might have studied rural medicine in school.

“There’s some connection for them personally,” Fangman said. 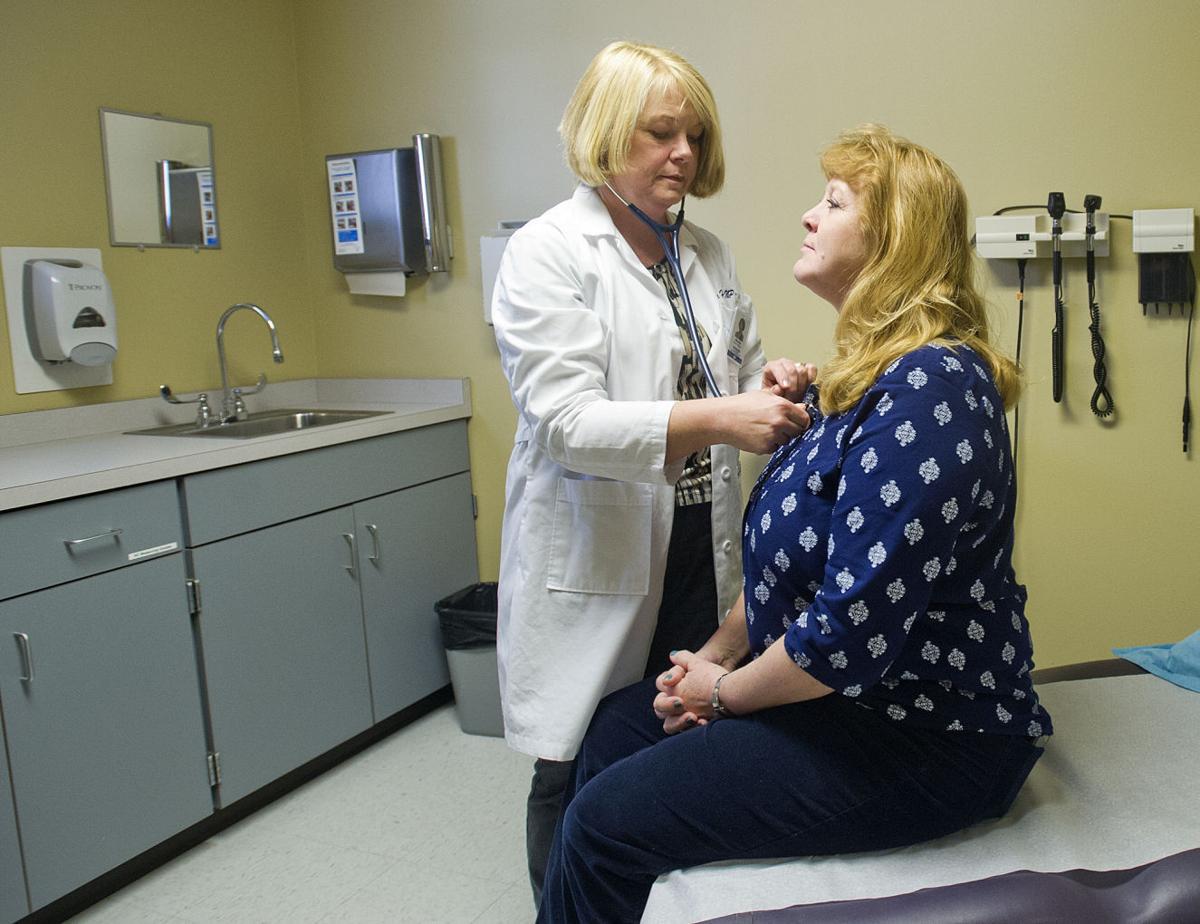 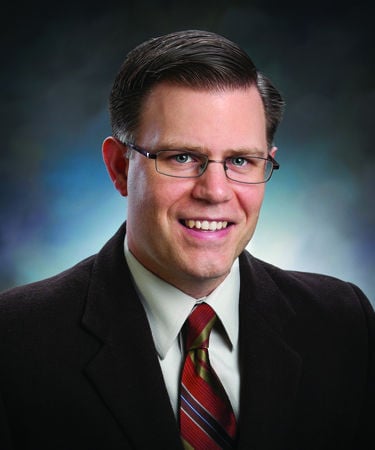