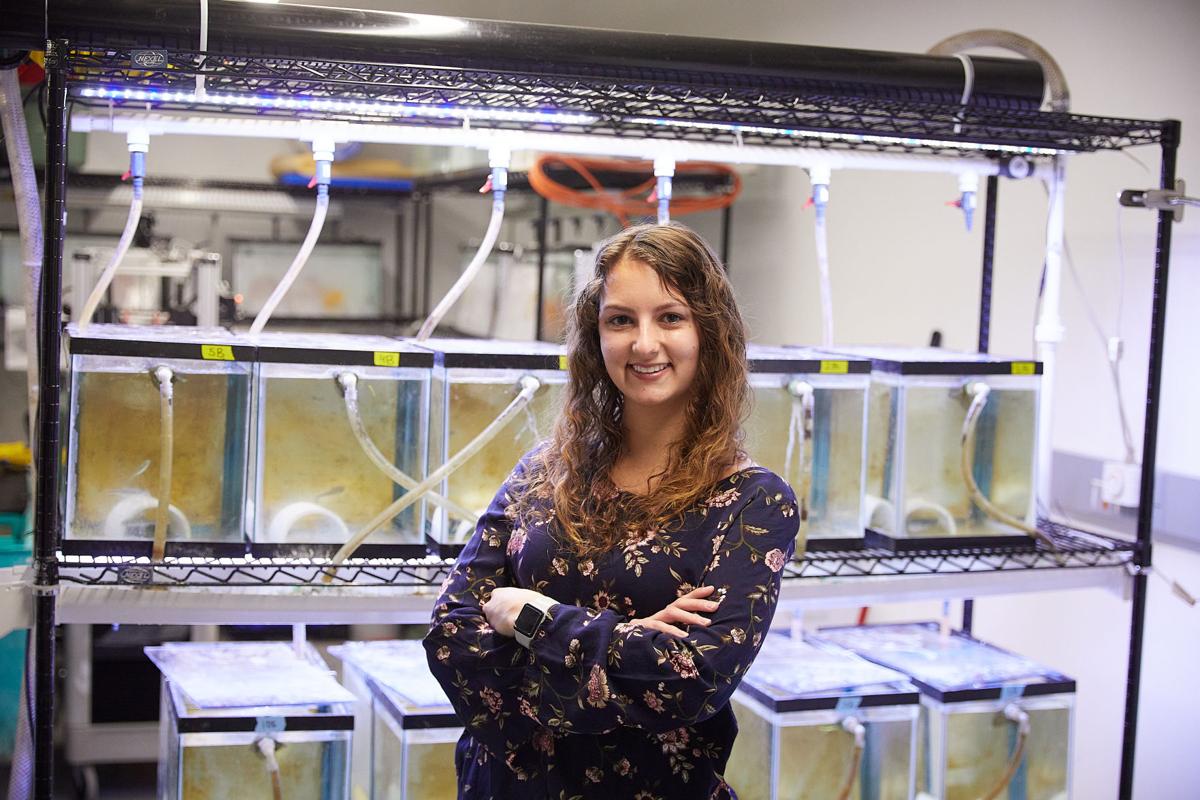 For Shayla Michel, who has spent two-plus years on her research, the hardest part was narrowing the focus of her presentation. “I love talking about my research and telling people what I do," she says. "Trying to fit all of that in three minutes is very challenging.” 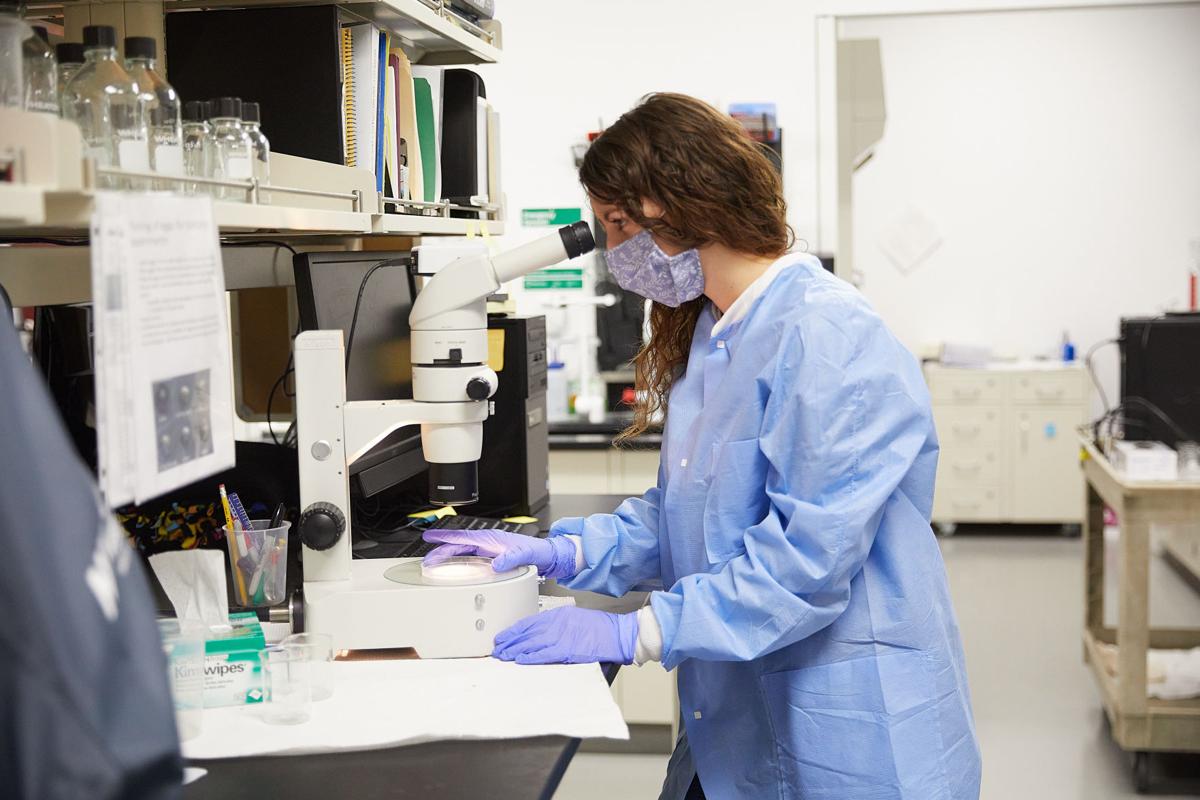 Michel, who’s pursuing a master’s degree in biology at UW-La Crosse, took first place in this year’s 3 Minute Grad Project event. The competition challenges students to squeeze months of research into a 180-second presentation for a general audience.

“I wasn’t expecting it at all,” says Michel, who presented on the effects of an insecticide on two fish species. “I listened to everyone else’s presentation, and they were so good and so interesting. As they were dwindling down, announcing third place and second place, I was thinking that I either did really badly or really well.”

But it was Michel whose presentation stood out to the panel.

She has spent two-plus years on this research, building on a grant project that her advisor, Biology Professor Tisha King-Heiden, has been working on.

Michel’s research explores how two fish species — zebrafish and fathead minnows — are being affected by Thiamethoxam, an insecticide often used in agriculture. While Thiamethoxam is highly effective against a broad range of insects, less is known about how it affects non-target organisms such as fish, birds and mice.

Working to answer that question came naturally to Michel, who’s passionate about biology and plans to pursue a doctorate in environmental toxicology after graduation. Whittling that research down to three minutes, however, was a new, eye-opening exercise.

“I love talking about my research and telling people what I do, and trying to fit all of that in three minutes is very challenging,” she says. “I had to really focus on the major parts and the most important parts. It really gave me a new and different perspective on my research.”

Michel says she felt “excited nervousness” before presenting, because she wanted to make a good impression with the panel, and she knew many more people were watching online. Thankfully, she navigated her presentation smoothly, and even had about 20 seconds to spare.

Of course, the foundation for Michel’s successful presentation was laid well before her three minutes began.

In recent months, the grad student closely monitored the health of fish that had been exposed to Thiamethoxam, watching for any changes to their survival or hatching rate, or to their ability to catch food or evade predators. The latter symptoms would be an indication of nervous system damage, which is often found in bees and other non-target organisms harmed by insecticides.

Michel found that the fish were affected by Thiamethoxam, but results varied between the different species and age groups.

While more research is needed to gain a clearer picture, King-Heiden says Michel has been thorough and dedicated in her approach.

“Shayla has all the skills required of a scientist — she can synthesize primary literature and identify areas that need to be further explored, she pays great attention to detail, and she understands her work well enough to explain her findings to both novice and experienced audiences,” King-Heiden notes. “Most of all, she exudes passion and dedication to exploration and has a creative mind, which are essential characteristics for having a successful career in science.”

As for their work with insecticides, Michel and King-Heiden hope others will continue their research. That body of evidence could help influence future regulations related to agriculture and wildlife.

“Anyone who cares about fishing, walking along the Mississippi River or swimming in local lakes will be affected by this in some way,” Michel says. “If an organism in that area is not healthy, it’s going to disrupt the ecosystem, and everyone enjoying those habitats will be affected as well.”

For Shayla Michel, who has spent two-plus years on her research, the hardest part was narrowing the focus of her presentation. “I love talking about my research and telling people what I do," she says. "Trying to fit all of that in three minutes is very challenging.”