Become a Member
Read Today's E-edition
Share This
Since Obama was last here, La Crosse has prospered while Dems have been overshadowed
0 Comments
Share this
1 of 4 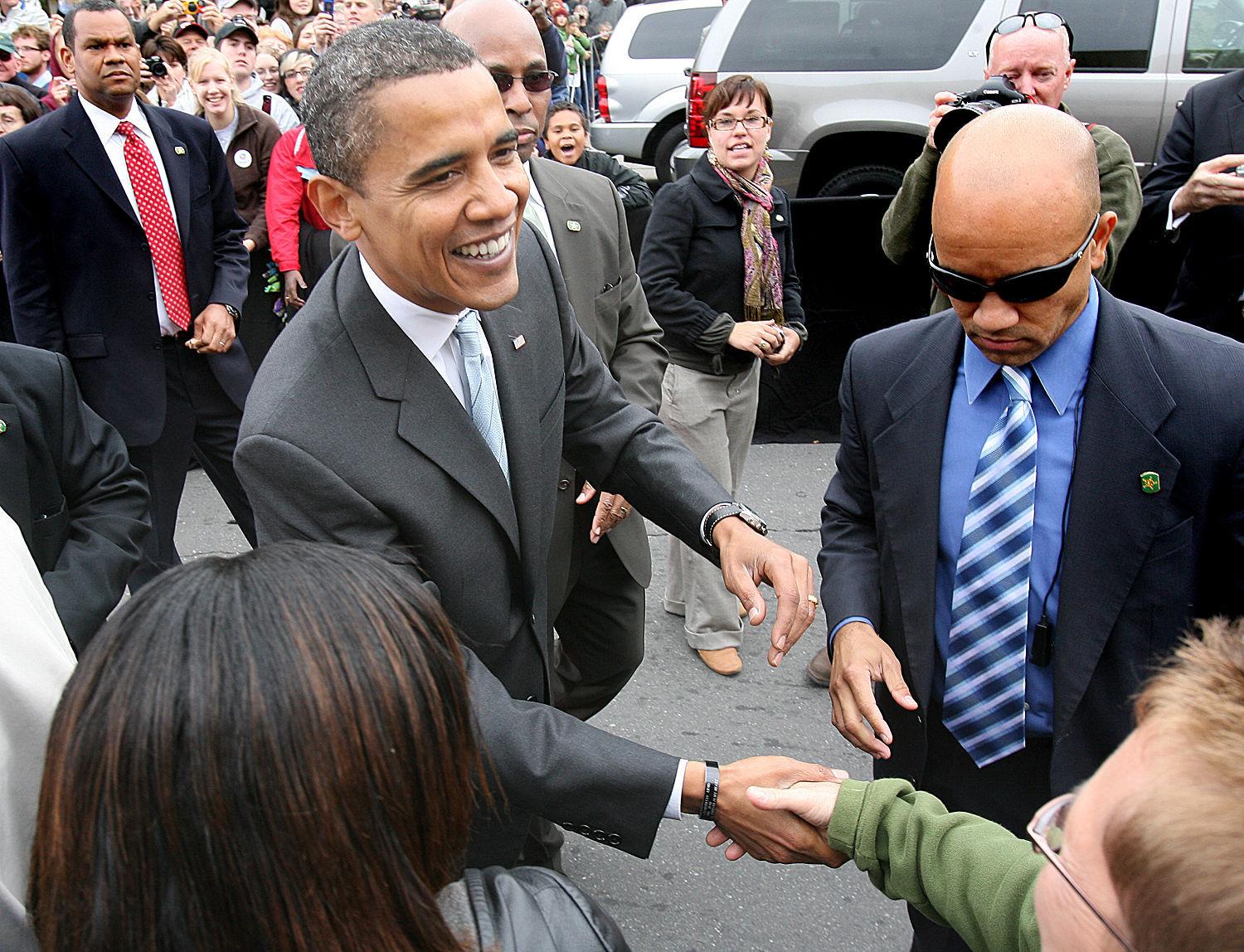 Then-candidate and U.S. Sen. Barack Obama greets a supporter Oct. 1, 2008, in La Crosse. About 15,000 people attended a rally at the foot of Pearl Street. 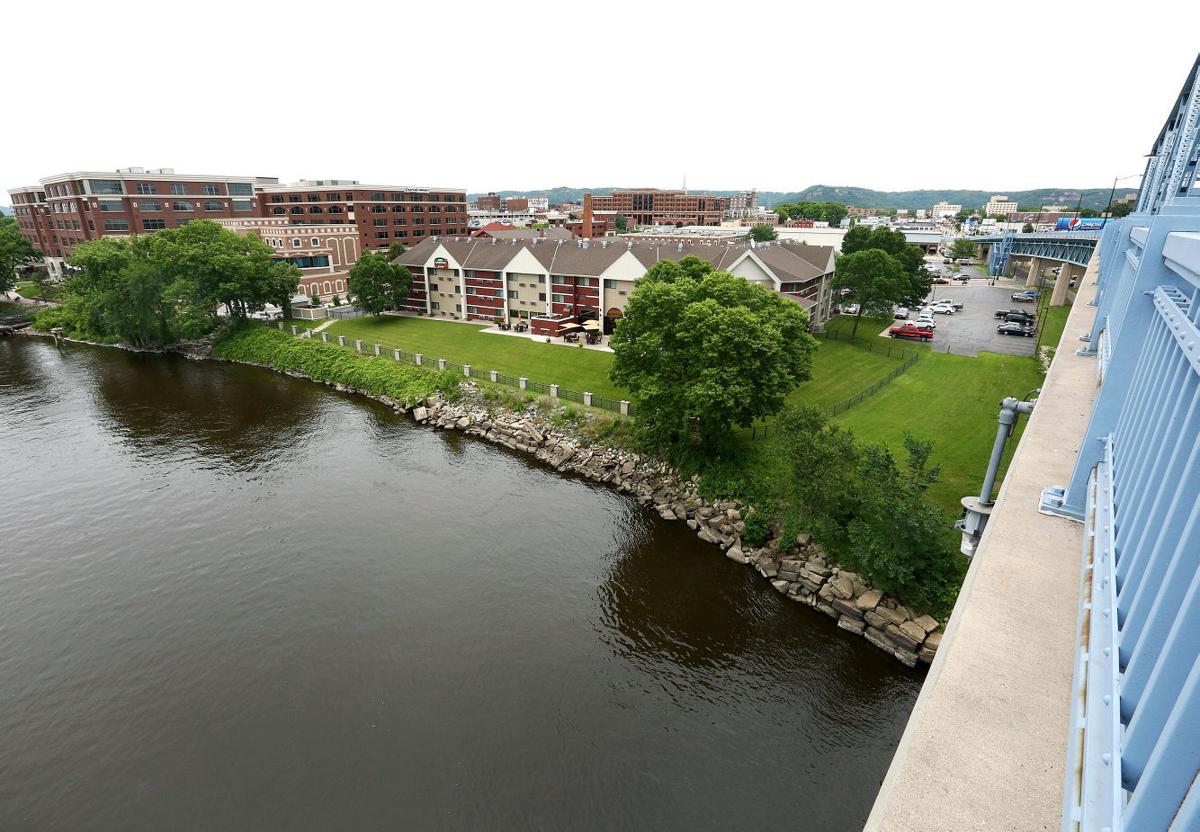 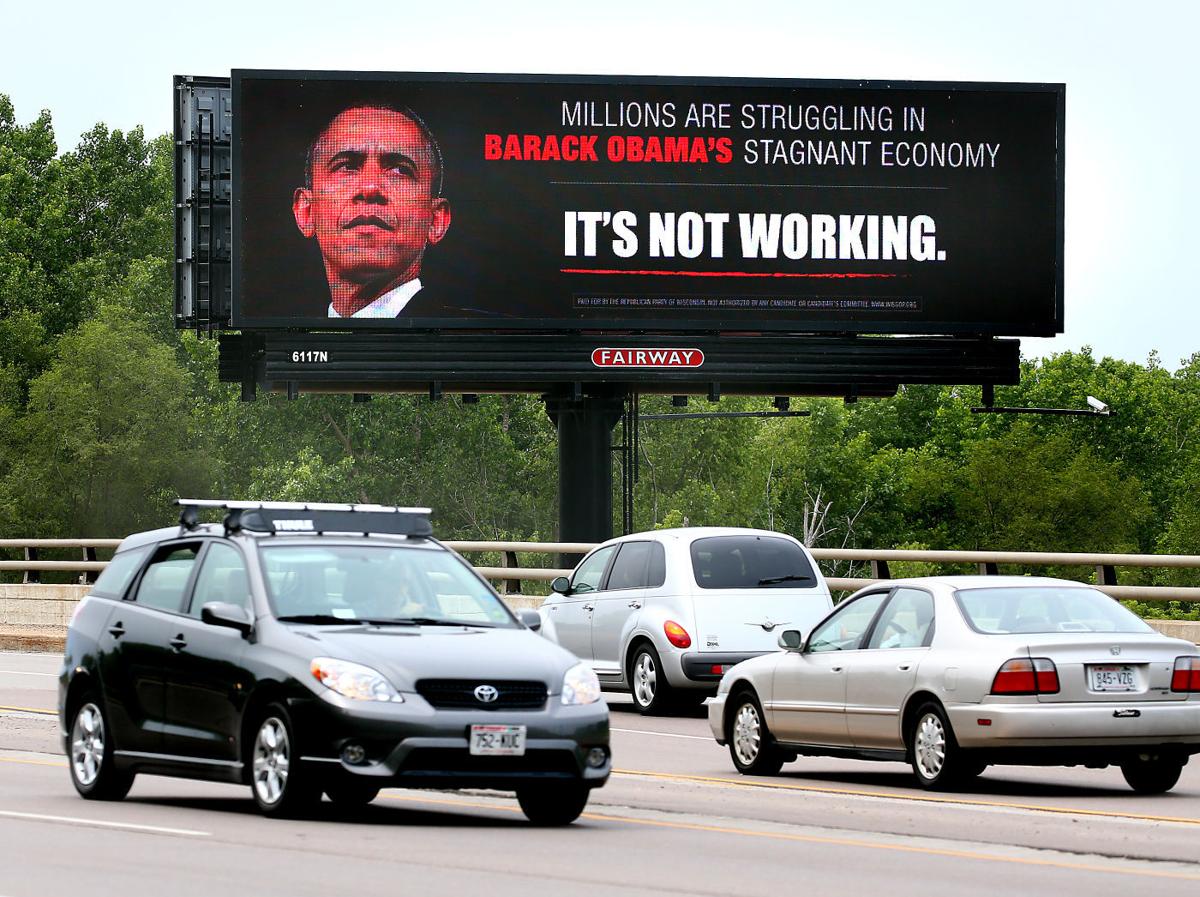 The Republican Party of Wisconsin bought space and time on a digital billboard on Hwy. 16 north of Quarry Road to confront President Barack Obama with the message: "Millions Are Struggling in Barack Obama's Economy — It's Not Working," according to Chris Martin, communications director of the state party. 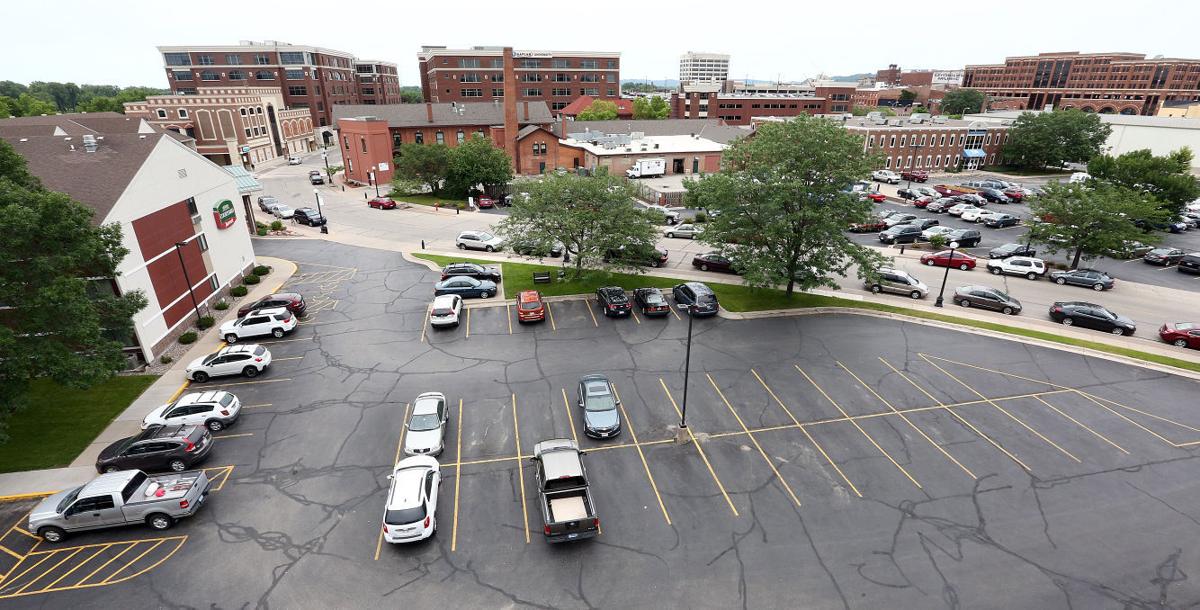 Since first meeting candidate and U.S. Sen. Barack Obama, this city on the Mississippi River has weathered a recession and the ensuing lukewarm recovery better than much of the rest of the country.

La Crosse has been transformed by a construction boom both private and public. Citizens and officials have worked on improving La Crosse’s neighborhoods.

And the city has been the fertile ground from which grew key ideas in signature achievement of Obama’s presidency: the Affordable Care Act.

All this on the left coast of Wisconsin, a state that has turned bright red at the state level on the watch of a Democratic president who twice carried the state while barely breaking a sweat.

Obama first visited La Crosse during the middle of the Great Recession — 18 months of greatly slowed economic activity — the recovery from which has been slow, often tepid. La Crosse weathered the recession better than most, posting a 3.4 percent jobless unemployment rate in April, the lowest figure for that month in 15 years.

Tim Kabat was the executive director of La Crosse Downtown Mainstreet Inc. before being elected mayor in 2013. He remembers candidate Obama’s visit “like it was yesterday.”

While the recession was challenging, it didn’t stop the renaissance of downtown La Crosse, Kabat said.

“There have been a lot of significant, positive accomplishments in that time,” he said, citing the growth of the Logistics Health Inc. campus, the Weber Center for the Performing Arts, four new hotels under construction downtown, and the retail and housing project by LHI CEO Don Weber’s development company underway on the former Lot C property south of City Hall.

“I know we weathered that pretty well,” said Kabat, who will greet Obama and Gov. Scott Walker at the La Crosse Regional Airport, “and we’ve been rebounding really well.”

“It’s a great showcase for the city,” Kabat said of the president’s visit.

Building booms on three campuses haven’t hurt the La Crosse economy either. The University of Wisconsin-La Crosse, Viterbo University and Western Technical College have changed the face of higher education in southwest Wisconsin with aggressive building programs since 2008, with all three institutions adding programs and increasing enrollment.

Creating the congressional coalition that passed the Affordable Care Act was no easy feat. Caregivers, clinics, hospitals, and insurance and drug companies were among the many stakeholders that demanded attention.

And there’s evidence of Gundersen Health System and Mayo Clinic Health System’s influence in the final form of what was eventually called Obamacare, first by its opponents, then by its fans.

On the same page of today’s Tribune, Dr. Tim Johnson, CEO of Mayo Clinic Health System-Franciscan Healthcare, points to an increase in insurance coverage that has allowed the St. Clare Health Mission to refocus time and energy on other community health care needs.

And since Obama’s last visit, La Crosse has become famous worldwide as the town where people know how to die the right way — 96 percent of patients have an advance directive specifying what kind of end-of-life care they’re going to receive. Or, as Thomson writes, “This region has mastered the ability to have conversations with patients and families about how they want to live at the end of life.”

And figuring out how to encourage such conversations was turned to “death panels” by opponents of the ACA, without regard for the truth.

“Shifting how providers of health care are paid from a system based solely on volume to one that also acknowledges quality, safety and efficiency will go a long way toward aligning the needs of the patient with those of the providers and payers,” Johnson writes.

When Obama campaigned in La Crosse in October 2008, he was in a state that boasted Democratic majorities in both houses of its Legislature. Democrat Jim Doyle was in the governor’s mansion. The Supreme Court had a liberal chief justice.

Six years and nine months later, Gov. Scott Walker is an early leader in the race for a GOP presidential nomination he has yet to officially enter. State government has been a solid red for more than four years, despite recall efforts against Walker and state senators by Democrats and others angry that Walker’s Act 10 had stripped most public employees of their union rights.

Having redrawn Senate and Assembly boundaries to concentrate Democrats in as few districts as possible, Republican legislators contributed to widening GOP majorities in both houses in 2014.

And a statewide referendum vote essentially removed Shirley Abrahamson, leader of the minority liberal wing of the state Supreme Court, as chief justice, a decision she has challenged in court.

“It’s a boost for the Democratic Party,” Heim said. “There’s not much political content here, but the Democrats need some excitement, some energy.”

However, Heim said redistricting means it could be a long time before Democrats dominate state government the way they did just a few short years ago.

“I don’t know of know anyone who thinks the Democrats can retake the Assembly anytime soon,” he said of a chamber in which the GOP now has a 63-36 advantage.”

But that history will take a back seat today: The leader of the free world is in town.

Welcome, Mr. President: La Crosse no stranger to the strains of 'Hail to the Chief'

Visits by a U.S. president were once so rare that Jimmy Carter’s float-by Aug. 19, 1979, on the Delta Queen was a La Crosse media sensation.

U.S. Secretary of Labor Thomas Perez said Wednesday that La Crosse represents the heartland and hard work — and that’s why it was chosen for P…

Preparations wrap up for president's visit to UW-L

President Barack Obama will take back a few mementos from his La Crosse visit but might regret what had to be left out.

LA CROSSE — U.S. Secretary of Labor Thomas Perez said Wednesday that La Crosse represents the heartland and hard work — and that’s why it was …

Then-candidate and U.S. Sen. Barack Obama greets a supporter Oct. 1, 2008, in La Crosse. About 15,000 people attended a rally at the foot of Pearl Street.

The Republican Party of Wisconsin bought space and time on a digital billboard on Hwy. 16 north of Quarry Road to confront President Barack Obama with the message: "Millions Are Struggling in Barack Obama's Economy — It's Not Working," according to Chris Martin, communications director of the state party.