But that ticket cashed, too.

Audi’s wins are surprising, but he is not even the luckiest person in Wisconsin.

According to Wisconsin Lottery data obtained by Gaming the Lottery, an international investigation into the global lottery industry, the state’s most frequent winner was Annie Mason of Milwaukee. Mason bought tickets worth $600 or more 65 times since 2000, for total winnings of $466,780. She hung up twice when contacted by a reporter.

Reached at work — the store where he has scored nearly all of his lottery wins — Audi declined to comment.

Thousands of people throughout the state play a variety of games including scratch-off games and traditional lotteries, such as Powerball which involve guessing numbers that will appear in daily or biweekly drawings. The lottery has provided more than $4.1 billion in property tax relief and at least $7.8 billion in prizes since it was launched in 1988.

The Wisconsin Center for Investigative Journalism found that at least three of the top 13 players who have won 20 times or more in recent years have close ties to the retailers selling them the winning tickets — including Audi, who works at Charlie’s Liquor & Tobacco Mart, home to 30 of his 33 wins.

Wisconsin has no laws barring lottery retailers or their employees from buying or cashing in lottery tickets at their own stores — a gap in regulation that could open the state’s $600-million-a-year lottery system to fraud. Canada learned that lesson in 2006 when provincial lotteries in Ontario and British Columbia were rocked by scandals uncovered in media reports involving store owners and clerks.

In the United States, news reports from Pennsylvania, Florida, Massachusetts and other states have revealed suspicious pockets of frequent winners, in some cases owners or clerks at stores that sell lottery tickets.

A 2009 Iowa Ombudsman report recommended that Iowa’s lottery consider banning retail employees from playing the lottery at stores where they work to ensure the games’ integrity. The ombudsman’s office investigates citizen complaints about state government.

The Iowa review found several store owners and their employees among those exhibiting against-the-odds luck. One clerk had claimed eight prizes for a total of $266,000 in less than one year’s time at the store where he worked, the ombudsman found.

But a 2017 Des Moines Register investigation found Iowa did not adopt that recommendation, and employees of lottery retailers continue to rake in big winnings, including one who cashed in $28,000 in stolen tickets. Lottery officials told the newspaper that such a requirement would be unworkable and add unnecessary government bureaucracy.

In Wisconsin, retailers also get bonuses of up to $100,000 when they sell winning tickets, providing further monetary incentive to bend the system in their favor, one expert said.

When presented with a list of 20 of Wisconsin’s most frequent lottery winners, Jean Adler, deputy administer of the Wisconsin Lottery, said all have been reviewed and continue to be monitored “to watch for additional wins that might suggest further investigation.” Only one of the 20 has been the subject of a completed investigation. He was cleared in 2005.

In addition, a 2010 sting operation involving hundreds of retailers in Wisconsin found five clerks took winning tickets, each worth $5,000, from law enforcement officers posing as customers. Two thought the tickets actually were losers and threw them away, Adler said. The other three took the tickets knowing they were winners. Two cashed them and were later prosecuted, she said.

Adler declined to describe the specific mechanisms the state agency uses to guard against retailers or others gaming the system, saying it could tip off fraudsters about how to cheat. She said there has been just one completed investigation into lottery fraud since 2012. It involved the theft of a winning ticket by a store clerk in 2013.

There are several ways people — mainly employees, store owners or lottery insiders — have cheated lotteries across the nation:

● In some cases, store owners or employees can steal tickets from customers who return to confirm their wins. In 2013, an Eau Claire, Wis., man cashed a $10,000 winning ticket that a lottery store clerk had stolen from an elderly customer.

● Eddie Tipton, a computer programmer for the Multi-State Lottery Association, rigged drawings in four states, including Wisconsin, winning $2.2 million over six years. In 2017, Tipton was sentenced up to 25 years in prison.

Officials from the Wisconsin Lottery say frequent winning is not necessarily evidence of wrongdoing. People who win a lot are often big-time players who spend a lot of money on tickets, increasing their odds, Adler said.

Laura Albert, a University of Wisconsin-Madison professor and expert on lottery odds, agreed. Albert said some people play the lottery professionally, such as monitoring games’ payouts, and then buying tickets in bulk when the game’s payouts are far below normal.

Wisconsin Lottery data do not show how often people play the lottery, how much each person spends or what games they play. That makes it impossible to calculate exactly what odds these frequent winners are beating — and difficult to figure out if they are cheating.

Philip B. Stark is a professor of statistics at the University of California-Berkeley who has studied lottery odds for years. He has devised a method to estimate the minimum amount of money these winners would need to spend on the the lottery to have a one-in-10 million chance of winning. To put those odds in perspective, each year Americans have a roughly one in a million chance of getting struck by lightning.

“It’s really trying to be careful, and not accuse anybody of anything where there was even a slim chance of where they might have just done this through just honest play,” Stark said.

Stark said most of Wisconsin’s frequent winners do not appear to be particularly suspicious, based on his analysis. But some stand out.

Stark said people with connections to the places where they bought their winning tickets also raise questions. One lucky store employee is Steven Kazik. He has claimed 21 winning tickets for $128,417, with at least 20 wins coming at Oklahoma Liquor in Milwaukee, where he has worked. The Center was unable to reach Kazik, who lives in Oak Creek, Wisconsin, for comment.

Charanjit Singh owned gas stations in Neenah and Appleton, Wisconsin, where he won 21 times for nearly $90,000. Singh could not be reached for comment.

By Stark’s calculations, Hintz would have had to spend nearly $1.1 million for the one-in-10-million chance of winning 37 times since 2003 for a total of $117,300. But the Wisconsin Department of Revenue, which administers the lottery, investigated — and cleared — Hintz more than a decade ago.

In 2005, Hintz, of Bonduel, Wis., won $1,000 five weeks in a row from the Wisconsin Lottery’s Super 2nd Chance game, in which players send in envelopes with $5 worth of losing tickets. Hintz and his wife, Lisa, have won that game at least 35 times since 2000, according to the Center’s data.

Following Hintz’s 2005 lucky streak, officials launched an investigation to determine if his winnings were legitimate. According to an internal review from the Department of Revenue, Hintz won the games fairly by sending in at least 500 envelopes a week containing $2,500 in losing tickets, reducing his odds to as little as one-in-seven.

Adler said over the past three fiscal years, the Wisconsin Lottery has received less than $2,000 in restitution, all for stolen lottery tickets that were cashed. That is a tiny fraction of the payout, which totaled $363 million in fiscal year 2017 alone.

Stark said based on the lack of investigations, prosecutions and restitution — along with the “strong evidence of fraud” he detected among some of Wisconsin’s frequent winners — “there doesn’t seem to be meaningful enforcement.”

Mirza Akhtar’s store, the Food Pantry Citgo in Stoughton, Wisconsin, has been host to a fair share of big winnings over the years, including a $40.1 million jackpot that earned his store the maximum $100,000 commission. The wall around the checkout is lined with pictures of past winners.

Ylvisaker has won 28 times for a total of just over $1.1 million since 2007, which makes him one of the state’s most prolific winners. Akhtar said Ylvisaker does not work at his store but comes in two or three times a week and usually spends roughly $160 on tickets each time — more if he is winning. The Center was unable to reach Ylvisaker for comment.

There is no evidence that any of the winnings at Akhtar’s store were the result of wrongdoing.

Stark said that, in any case, lottery officials tend not to focus much on fraud because it generally does not affect revenue.

“In some cases there is enforcement, and in some cases there is not. What I find to be especially of concern is that the officials in charge of lotteries are just so quick to write this stuff off to, ‘Oh, that’s the thing about the lottery, people tend to get lucky,’” Stark said.

Peter Coutu is a University of Wisconsin-Madison journalism student. Reporter Mukhtar Ibrahim analyzed data for this story while working at the Wisconsin Center for Investigative Journalism in a fellowship supported by the Columbia University Graduate School of Journalism. Reporting on this story was supported by funding from publish.org, a nonprofit, community-based organization that creates peer-reviewed journalism. The Center’s collaborations with journalism students are funded in part by the Ira and Ineva Reilly Baldwin Wisconsin Idea Endowment at UW-Madison. The nonprofit Center (www.WisconsinWatch.org) collaborates with Wisconsin Public Radio, Wisconsin Public Television, other news media and the UW-Madison School of Journalism and Mass Communication. All works created, published, posted or disseminated by the Center do not necessarily reflect the views or opinions of UW-Madison or any of its affiliates.

A 34-year-old Onalaska man has been convicted in La Crosse County Circuit Court of sexual assault.

A high-speed on Interstate 94 ended Wednesday when a vehicle entered a ditch and struck a tree near the Jackson-Trempealeau county line.

Why do we use coins when they've lost their value?

Why do we use coins when they've lost their value?

Survey: Most Americans have a connection with someone with substance abuse disorder

Survey: Most Americans have a connection with someone with substance abuse disorder

WisEye Morning Minute: The Need for Workforce Housing in Wisconsin

WisEye Morning Minute: The Need for Workforce Housing in Wisconsin 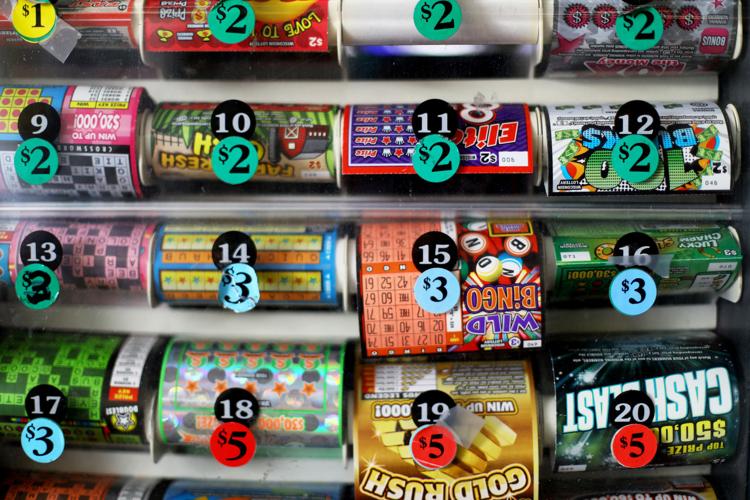 Lottery tickets are shown for sale at the Food Pantry Citgo in Stoughton, Wis. Wisconsin has no laws preventing retail lottery sellers or their employees or owners from buying and cashing in lottery tickets at their own stores — a gap in regulation that could open the state’s lottery system to fraud. 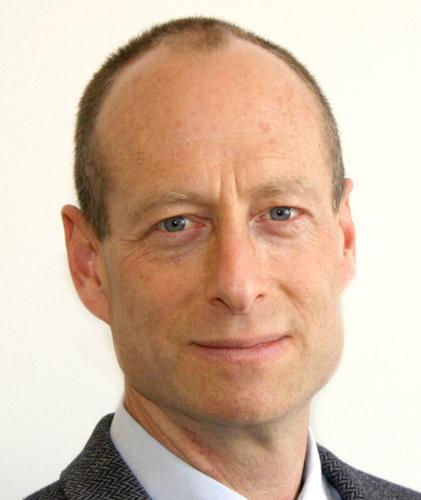 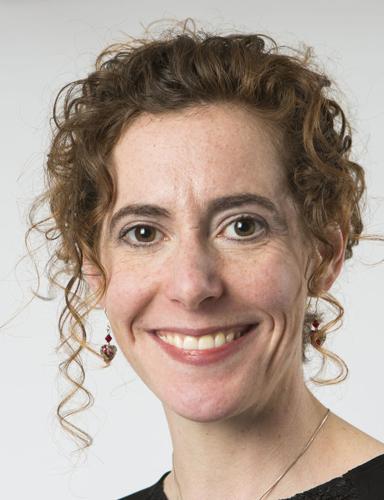