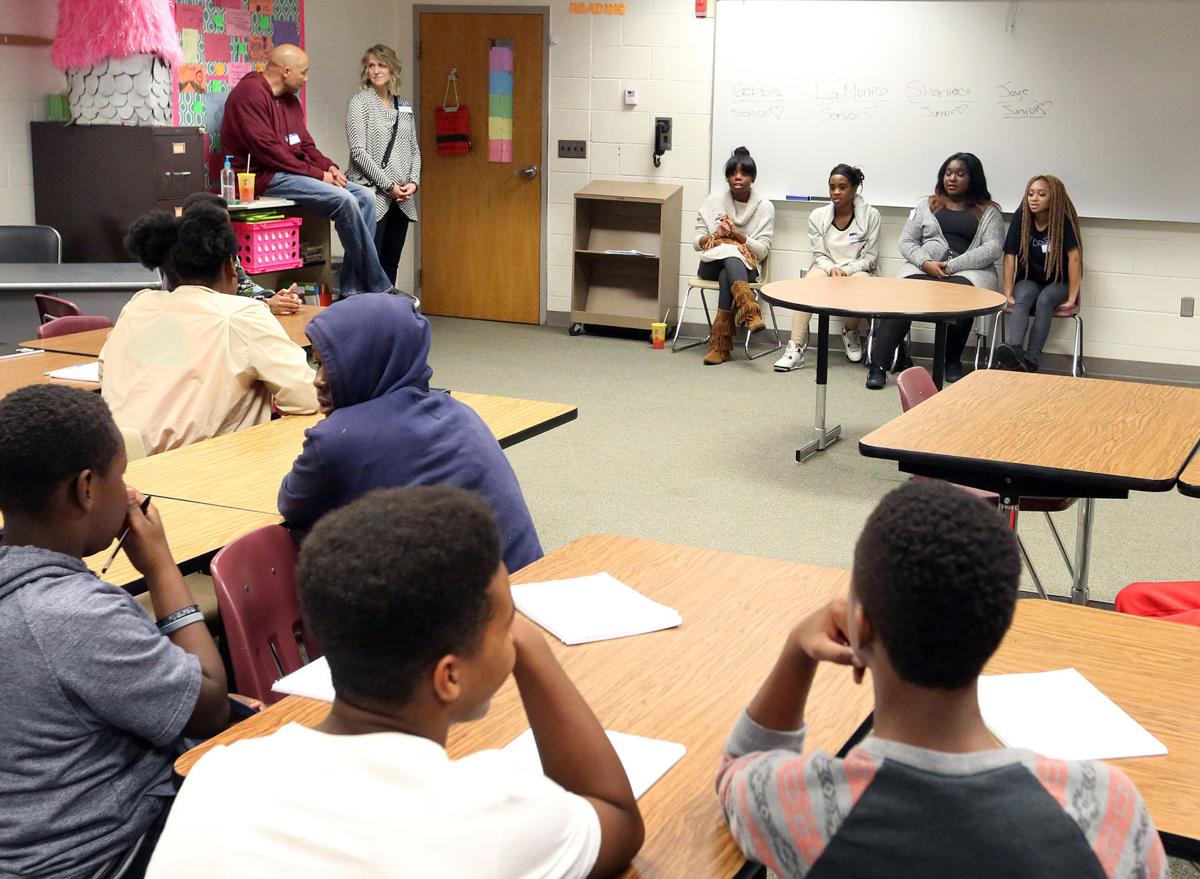 A panel of area high-schoolers, from left, Gabbs Usher, La Monica Thomas, Shaniece Riley and Joye Miller, describe their experiences in high school to a group of younger students Saturday during the first Black Youth Summit at Lincoln Middle School. 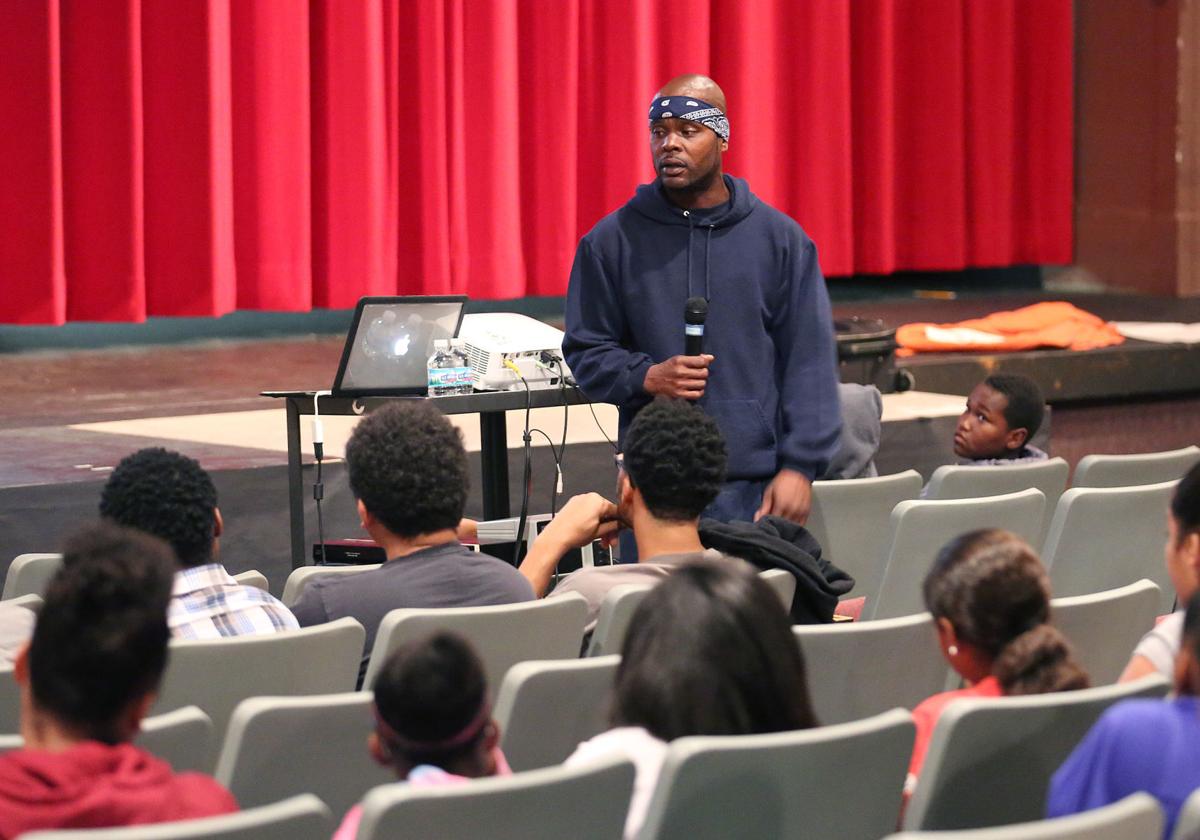 Meldon Moffitt with Ferguson Now speaks during a presentation during the first La Crosse Black Youth Summit on Saturday at Lincoln Middle School. 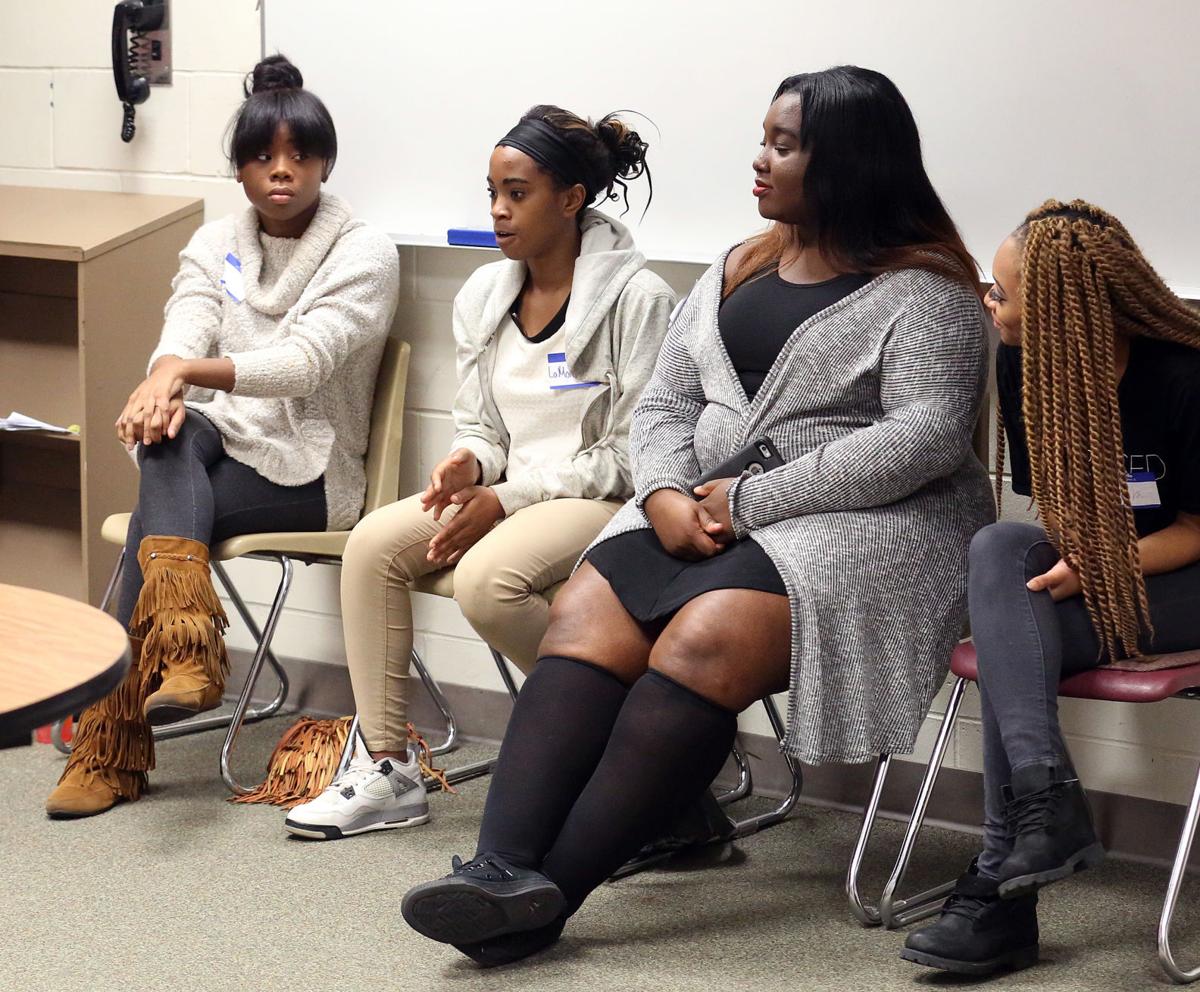 “The truth is I hurt more than people see.”

“The truth is I was raped and never told anyone.”

“The truth is my brother was murdered.”

These were some of the raw, heartbreaking responses when Muhibb Dyer asked a group of students to finish the sentence “The truth is ...” at the La Crosse Black Youth Summit Saturday afternoon, attended by students from Logan, Lincoln and Longfellow middle schools and Central and Logan high schools.

Dyer, the event’s keynote speaker and member of the Flood the Hood with Dreams: I Will Not Die Young campaign, anticipated the tears, passing out white napkins to the emotional crowd as he asked the hard questions and spoke the harsh truth about being a minority in the United States.

“The point is I’m here because he died,” Dyer said, holding up a shirt printed with a picture of his nephew, who was shot at a young age. “We lose people to violence every day, young people. Repeat after me: My life matters. Even if I feel like nobody cares, I will love myself.”

Dyer was the Summit’s closing speaker, preceded by a student panel and a talk by Ferguson Now members who traveled from Missouri. The event was arranged by Shaundel Spivey, School District of La Crosse cultural liaison, in an effort to connect black, biracial and multiracial students with peers, leaders and professionals “who look like them.”

“I want to get my students in touch with their identity, which can be lost in a predominantly white community,” Spivey said. “This community is their community, and they can have a serious impact on it. I want them to feel confident that they can do whatever they want to do and not be afraid to be great.”

Spivey chose the lineup to cover the areas of self confidence, community engagement, cultural identity and academic excellence. A group of four high school students led a discussion with the younger students on the latter, offering advice on high school and stressing responsibility.

“Talk to your teacher if you have questions,” said Joye Miller, a junior at Central. “Make sure you go to class and don’t be late. Keep your grades in check and don’t be afraid to raise your hand.”

Miller admitted she treated her freshman year as “all fun and games,” but failing grades inspired her to buckle down.

“Getting into trouble is easy; getting out is hard,” Miller said.

“I hung out with people who were bad influences and got suspended freshman year,” said La Monica Thomas, a senior at Logan. “I had to move them out of my life and get my grades up.”

All four girls said they have experienced forms of racism and prejudice at their schools. Thomas said a teacher let a class conversation about the North and South Side shootings in La Crosse “go too far” and stood up for herself, leaving the classroom. Gabrielle Usher, a Central senior, was called the “N” word in middle school. Miller recalled feeling like an outcast on the track and field team.

“I felt like, ‘Oh, my people aren’t here,’” Miller said. “We do have white friends, but the majority are black because we feel more comfortable with them.”

Shaniece Riley, a Central junior, said teachers expect her to be less smart than her fellow students, a sentiment shared by Miller, who advised taking the high road no matter the situation.

“The way you act is how you will be seen,” Miller said.

After breaking for lunch, the students were shown a brief video on the Lost Voices, an activist group that continues to protest the shooting of unarmed teen Michael Brown by a police officer in Ferguson.

“It’s hard to look at you all and then look at that video of us marching and we got no justice,” member Meldon Moffitt Miller of the acquittal. “This is no joke; this is our lives. It happens wherever you go — enough is enough.”

“When the reporters leave (after a tragedy), who’s going to be there for us? We’re going to be there. (The Lost Voices) aren’t leaving,” Moffitt said. “When something happens in your own town, you got to stand up for yourself.”

Despite the intensity of the afternoon, Dyer made sure to impart hope and perseverance, offering sympathy for their losses, reassurance about feelings of guilt or pain, and words of encouragement in response to their aspirations.

“Dreams are like oxygen,” Dyer said. “If you don’t have a dream in your heart today, you’re not living.”

As campuses do more to combat discrimination, students and watchdogs are pushing back with free speech concerns.

Shaundel Spivey wasn’t sure what to expect when he shared a photo of a Caucasian-led Black Lives Matter march on Facebook with the caption: “W…

Amazing inventions that were made by accident

A panel of area high-schoolers, from left, Gabbs Usher, La Monica Thomas, Shaniece Riley and Joye Miller, describe their experiences in high school to a group of younger students Saturday during the first Black Youth Summit at Lincoln Middle School.

Meldon Moffitt with Ferguson Now speaks during a presentation during the first La Crosse Black Youth Summit on Saturday at Lincoln Middle School. 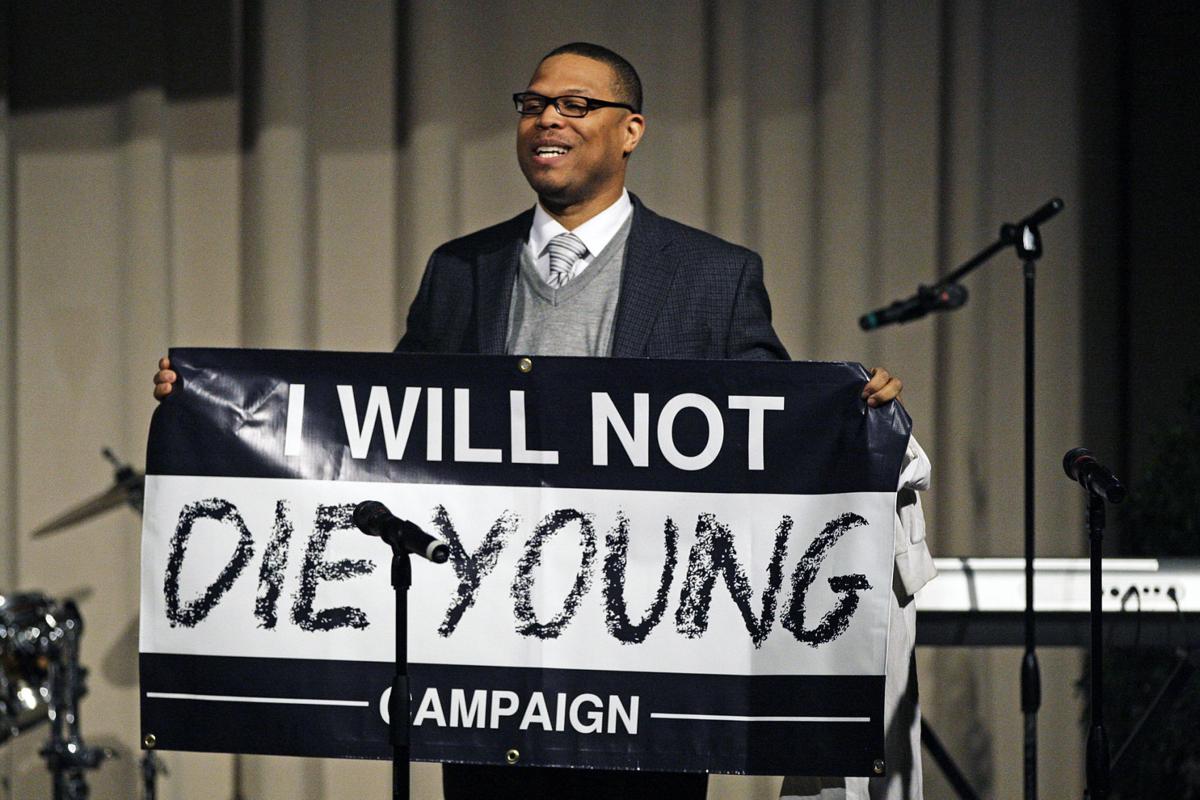