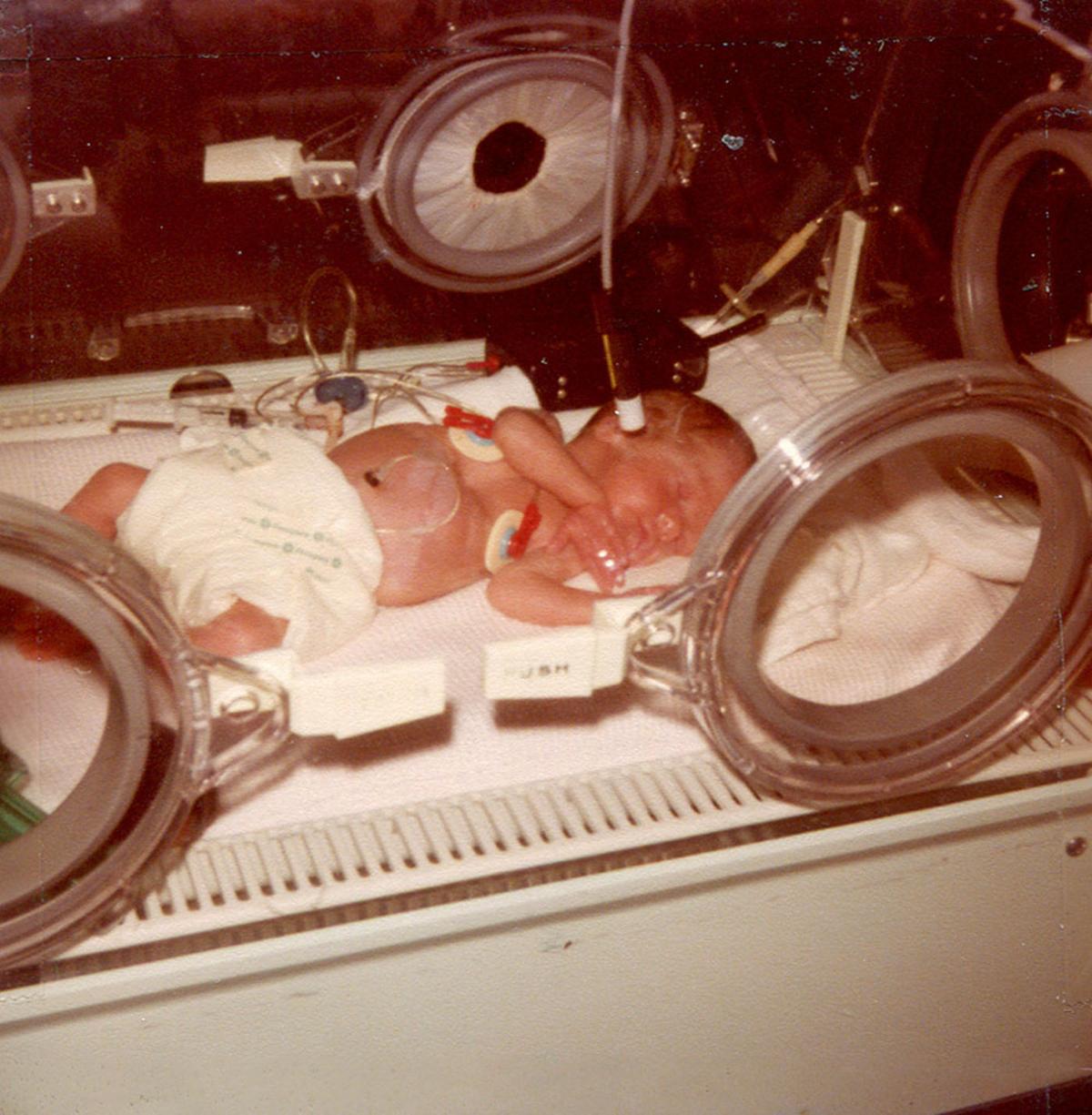 Mary Goergen, born three months premature and weighing just 3 pounds, spent the first month of her life in this NICU incubator. Now Mary Stoen of Onalaska, the 38-year-old and her husband, D.J., have four children and have attended most of the NICU picnic. 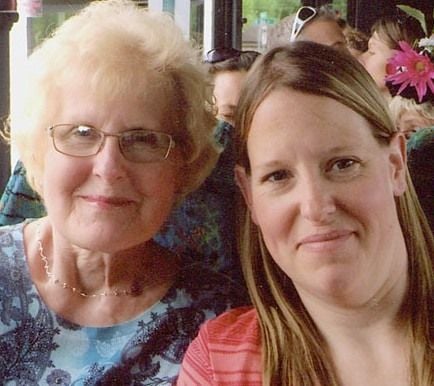 Lu Ann Goergen and daughter Mary Stoen, who was born in 1977, have attended nearly every picnic celebrating the bonds between NICU babies, families and Mayo-Franciscan staffers.

Many annual picnics resemble family reunions, but one that radiates that mystique is the yearly NICU picnic of Mayo Clinic Health System-Franciscan Healthcare.

The picnic, which will mark its 40th anniversary Friday, celebrates the unique bonds between doctors and nurses and families whose premature children — called NICU graduates — might have died without the intensive care.

The picnic, from 4 to 7:30 p.m. Friday at the OmniCenter in Onalaska, is expected to draw up to 500 people, including parents whose children were born in the Neonatal Intensive Care Unit, children born in recent years, many of the children who have grown into adulthood and are raising their own families, as well as doctors and nurses who have staffed the unit, past and present.

“You have a special bond,” said Karen Smith, a NICU nurse for 41 years. “That’s one of the reasons we started the picnic. It invites the graduates and families and us to see how these kiddos have grown. Through the years, the bond gets bigger and bigger.”

Among the long-timers are Dale and Lu Ann Goergen of Caledonia, Minn., whose daughter Mary was born three months premature, weighing in at 3 pounds and measuring just a smidge over 16 inches.

The caboose of the Goergens’ six children, Mary Stoen, 38, and her husband, D.J., have four children who also attend the picnic.

The Goergens and the Stoens have missed only two or three of the picnics, Mary said.

“It’s just a wonderful celebration they have for these little babies and the miracles they are,” said Mary, of Onalaska. “It’s awesome to see the nurses who took care of me.”

The mix of parents and graduates can spark some comical exchanges, she said, adding, “It was kind of cute when my youngest (Lauren) was 8½, people asked if she was in the NICU. I said, ‘No, I was.’”

Her mom recalls Mary’s birth at a gestational age of 29 or 30 weeks, compared with the normal of 40 weeks and the range of 37 to 42 weeks.

Two days after Lu Ann’s water broke, she began bleeding, and it was necessary to deliver Mary via a cesarean section.

“The nurses were just super,” Lu Ann said. “I couldn’t say enough about them. If there ever was a place to have a baby in trouble, it was there.”

Mary, who was in a NICU incubator for a month and hospitalized for nearly two additional weeks, said, “Mom and Grandpa came every day to see me. The day the doctor said she could take me home, she said, ‘I don’t have everything ready,’ but she said she definitely was taking me home.”

Before the NICU opened 43 years ago, the delivery area had just basic equipment, with no ventilators, said Carol Hoff of Onalaska, who retired from the unit two years ago.

“We hand-bagged the babies” to help them breathe, said Hoff, who now volunteers occasionally to rock NICU babies. “I love coming back to rock the babies. They feel like they’re part of you, but you know they aren’t.”

Equipped with the latest in life-saving technology, “we are saving babies at 23, 24, 25 weeks,” Smith said. “When they’re here, they’re really sick. You feel good that you and the parents get them this far. We want to encourage parents to help.

“We’ve seen a lot of miracles, and we do not give up,” she said. “We do everything we can to help them survive. That’s why it’s so much fun to see them at the picnic.”

WHAT: 40th annual picnic for families and graduates of the NICU at Mayo Clinic Health System-Franciscan Healthcare

WHERE: OmniCenter at 255 Riders Club Road in Onalaska

Mary Goergen, born three months premature and weighing just 3 pounds, spent the first month of her life in this NICU incubator. Now Mary Stoen of Onalaska, the 38-year-old and her husband, D.J., have four children and have attended most of the NICU picnic.

Lu Ann Goergen and daughter Mary Stoen, who was born in 1977, have attended nearly every picnic celebrating the bonds between NICU babies, families and Mayo-Franciscan staffers.