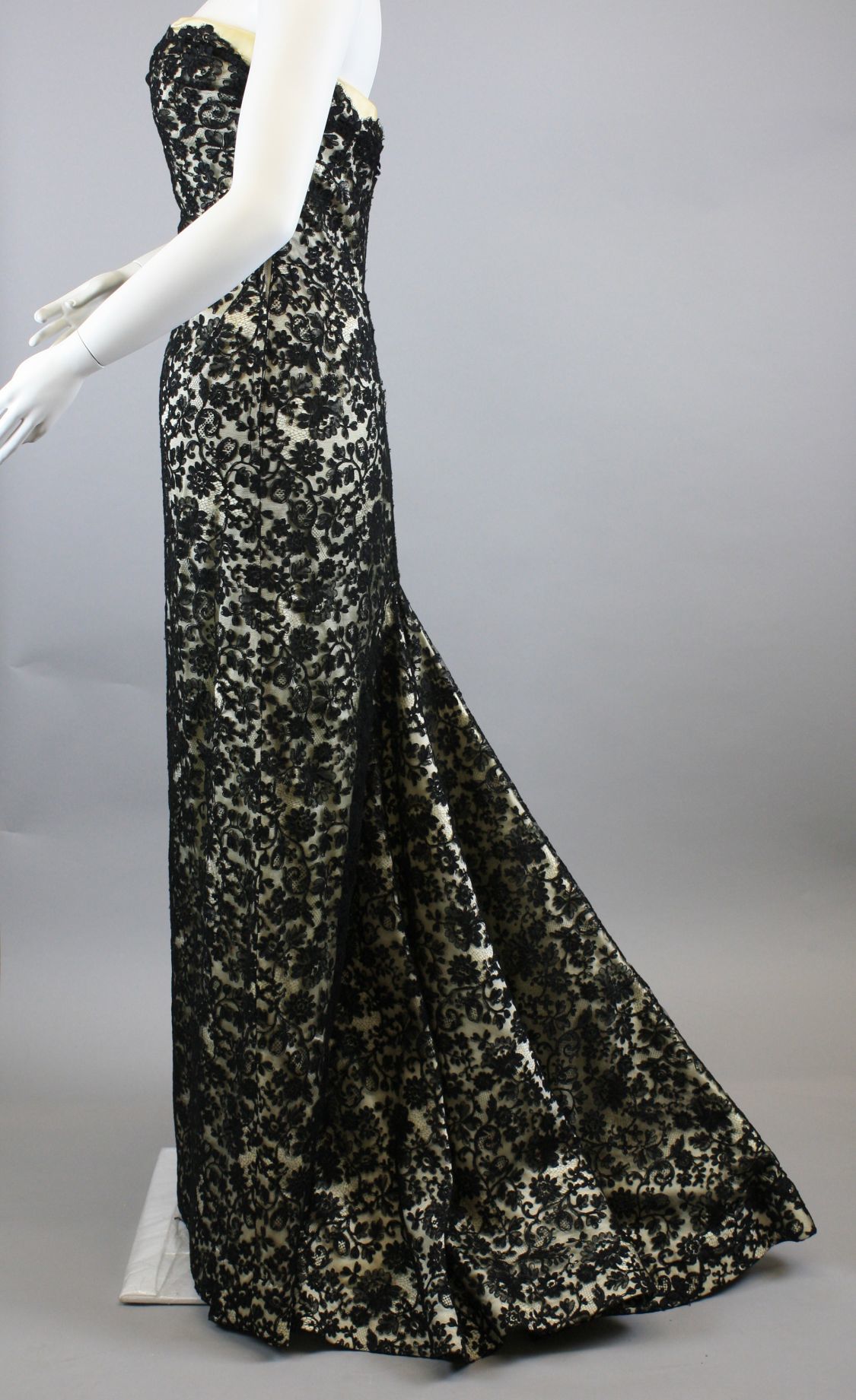 The dress worn by La Crosse's Marjorie Murphy to a presidential ball has a dramatic train that resembles the tailfin feature that was so popular on late 1950s cars.

A few weeks ago, in Things That Matter, the La Crosse County Historical Society featured the evening dress that Mina Satory wore to one of President Richard Nixon’s inaugural balls.

In the La Crosse County Historical Society’s artifact collection, there is another dress that was worn to a presidential inaugural ball.

In 1975, Murphy donated the dress that she wore to President Eisenhower’s inaugural ball. While she did not specify which year she attended, the strapless style of the dress suggests it was worn at his second inauguration in 1957. The Murphys would have attended one of four inaugural balls held for Eisenhower the evening after the public Oath of Office ceremony at the U.S. Capitol.

Murphy wore this gorgeous Elizabeth Arden cream taffeta and black lace dress. From the front, the dress appears to have a slight flare. When looking at the side or at the back of the dress it has a dramatic train that begins at the thigh. The train of the dress has a resemblance to the tailfin feature that was so popular on late 1950s cars.

Marjorie Murphy was born in La Crosse in 1909 to aximillian and Louise Platz.

She graduated from Central High School and attended Connecticut College for Women and later the University of Wisconsin, where she graduated with honors.

Married in 1934, she and her husband, Eugene Murphy, had three daughters and a son. Eugene was the chairman of his family’s business, Gateway Transportation Company in La Crosse. Her community activities included the La Crosse Garden Club, La Crosse Book Club and the Marquette University Women’s Advisory Board.

Marjorie and Eugene kept up residences in La Crosse as well as Palm Beach, Florida. She died at home on Feb. 9, 2005.

Marjorie Murphy’s dress is on display at Juxtapose, an exhibit of the La Crosse County Historical Society at the La Crosse Public Library’s Swarthout Gallery until July 13. This exhibition of local fashions spanning 100 years is free and open to the public Tuesdays through Saturdays, from noon to 5 p.m.

More in From Tribune files: Things That Matter in La Crosse County history (31 of 41)

The dress worn by La Crosse's Marjorie Murphy to a presidential ball has a dramatic train that resembles the tailfin feature that was so popular on late 1950s cars.