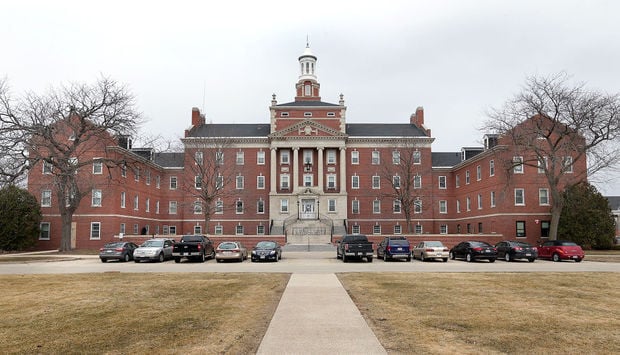 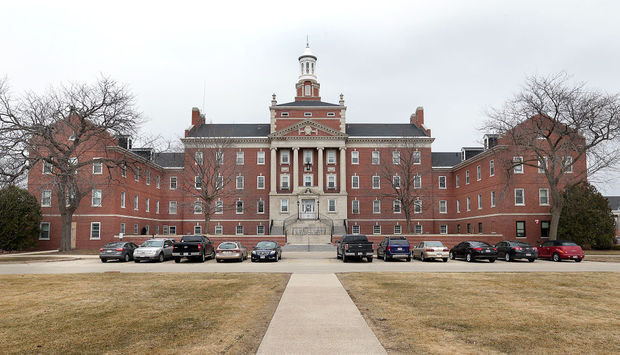 The VA Medical Center in Tomah

The director of the Tomah VA Medical Center was fired Wednesday, becoming the second top official to be axed in the wake of reports of over-medication practices blamed for the death of at least one veteran.

Acting director John Rohrer sent an email to employees Wednesday morning stating only that Mario Desanctis “is no longer employed” by the VA.

The VA did not immediately say whether say whether Desanctis was fired or quit, but a spokesperson for U.S. Rep. Ron Kind said the Congressman was informed that Desanctis had been “let go.”

Desanctis, an Air Force veteran who took over leadership of the center in 2012, is the second VA official to depart since the nonprofit Center for Investigative Reporting published a report in January detailing high levels of opioid prescription at the Tomah VA - which patients dubbed the hospital “Candy Land” because physicians there dispensed prescription painkillers so freely - and a pervasive culture of intimidation and retaliation against employees who spoke out.

Last month, the VA’s Inspector General ruled that deficiencies in care led to the death last year of patient Jason Simcakoski. The investigation found that psychiatrists did not discuss the hazards of a synthetic opiate prescribed to the 35-year-old Marine Corps vet and did not have anti-overdose medicine on hand.

In the wake of the Inspector General report, Rohrer announced that one of the physicians who attended to Simcakoski had been fired.

Desanctis was reassigned in the wake of the CIR report, as were chief of staff Dr. David Houlihan and a nurse practitioner who were among the top opiate prescribers in the VA’s Great Lakes network, which serves more than 220,000 veterans in three states.

Tomah VA spokesman Matthew Gowan said Desanctis had been serving as an administrator for the Great Lakes network. Desanctis could not be reached for comment.

The CIR reported that Desanctis received an $8,025 bonus in 2013 during an OIG investigation that found troubling levels of opioid prescription but “no conclusive evidence” of criminal wrongdoing.

Kind faulted Desanctis for not alerting him to the investigation in 2014 when he asked whether there were any problems at the facility. Kind was not immediately available for comment Wednesday.

Gowan said the search for a new director would begin immediately.

From Tribune files: Reports about problems at Tomah VA began in 2015

An investigation has found failures at the Tomah VA Medical Center contributed to the “tragic, avoidable death” of a Marine Corps veteran last year.

The Tomah VA Medical Center recently announced that it has adopted another plan to improve patient care.

The VA Medical Center in Tomah