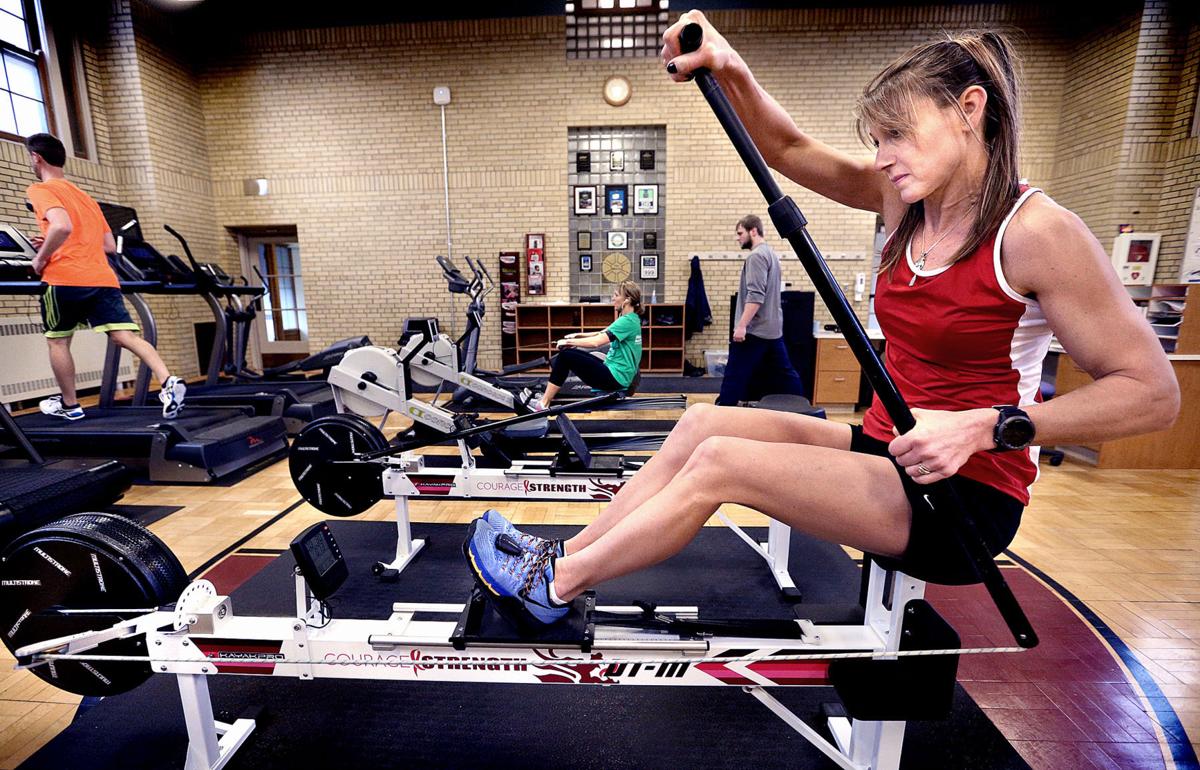 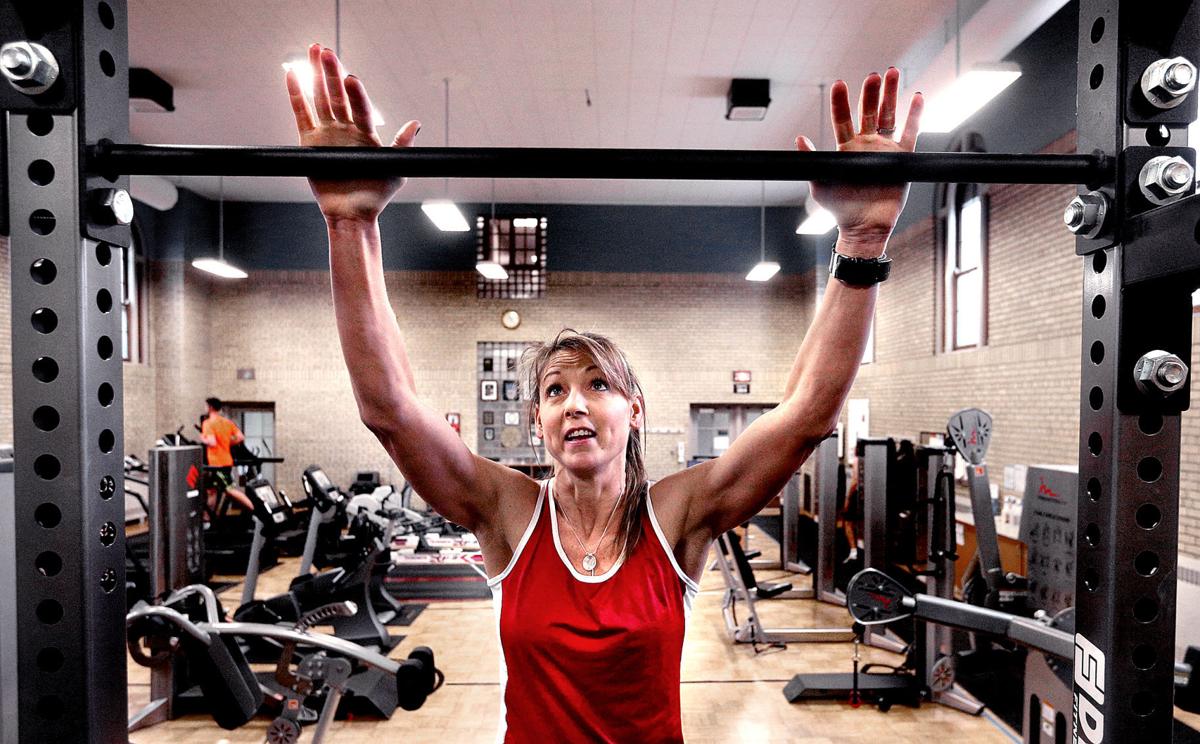 Sue Karpinski hasn’t changed a lot since she was a youngster and her mom jerked on her ear to make her quit fidgeting in church — she still is harder to catch than a mosquito in a butterfly net.

And if you bring up one of her most passionate pursuits, dragon-boat racing, be prepared for a flood of words to pour forth faster than home-made pies disappear at a church picnic.

A perfect example of the 51-year-old Trempealeau County woman’s zeal for the sport is that she and her husband, Richard, will fly nearly 1,100 miles northeast next month to participate in dragon boat races.

“It’s crazy — a bunch of crazies who are passionate about dragon boating will find a way” to participate in their sport during the winter, said Karpinski, health promotion coordinator at Mayo Clinic Health System-Franciscan Healthcare.

“Our season here is short, but they can do it all year in the South,” she said.

Two teams from throughout the United States — one all women, and the other, mixed — pulled themselves together at the last minute, after a dragon boater saw an ad for the festival and sent out an email to gauge interest, Karpinski said.

The Karpinskis were among those who hit reply with an “I’m in,” along with others from Wisconsin, as well as Maryland, New York, Pennsylvania, Vermont and California.

The Karpinskis will fly to Ottawa on Feb. 16, with practice set for the next day, a session that promises to be interesting because some team members never have paddled — and others, never on ice.

One can’t help but smile at a question the Golden State boater sent, asking, “OK, how do I dress? How cold is zero?” Karpinski said.

Ice dragon boating isn’t as easy as falling off a log, but then, neither is water paddling, Karpinski said.

Most water dragon boats have 20 paddlers, a steerperson and a drummer, while ice boats have just 10 “paddlers,” she said.

Of course, the propulsion is different, too, with ice paddles resembling toilet plungers with spikes for leverage, she said.

“The race strategy is different,” she said. “Look at the stroke — the timing is different on the ice because you have to plant the plunger and push,” which takes more time than a water stroke.

The question of whether she or Richard is the better paddler resulted in one of her few pauses during an interview — almost as if she were tempted to throw him under the boat.

Finally, and speaking more slowly than her usual pace, she explained, “We all have our individual strengths. Nobody is perfect. Everybody has unique talents they bring to the team. It is not one person, but team strength.”

Acknowledging aspirations to rise to the level of the national team, Sue gets up at 3 a.m. to train on their home rowing machine.

Ambushed with a rephrased question of who is the better paddler, Sue regrouped her thoughts and responded, “I’m not saying … if he tried … it’s a huge time commitment. A big part of your life is training, and you need the support of your family.

“I’m sure it is disturbing at 3 when I get up and it wakes him,” she said. “Now, I think he just snores through it — don’t print that.”

Richard, a retired Air Force Reserves veteran who has served deployments in Iraq and Iran, works as an energy specialist in sales for CHS Inc. in West Salem.

Both are physically active year-round, with activities including Sue maneuvering her outrigger canoe and Richard, navigating with his kayak.

The differing craft brought an admission from Sue when asked how they might fare in a canoe-kayak race: “He would win because of more time in the water — more strokes,” she explained, contrasting the individual strokes of a canoeist with a kayaker’s whipping motion.

Sue attributes much of her success in dragon boating to Richard’s willingness to load up their craft and hit the water during the summer.

“He is with me all the way,” she said. “Without his support, I couldn’t be doing this.”

An avid runner, Sue credits her interest in that to one of Richard’s deployments, when he was on weekend duty and got just three days’ notice that he would be heading overseas.

“I remember where I was,” she said. “I was at JC Penney and he called and asked me to get him some white T-shirts and he would need his mobility bag.

“There was a round rack of clothes there, and I crawled inside the rack and bawled,” she said.

As loneliness set in during Richard’s deployment, she said, “I started running. It was a way to clear my mind.”

Not that physical activity was foreign to her, with her upbringing, education and background in exercise science, with strength and cardiac specialties.

“Growing up on a farm, you always are throwing bales and carrying buckets,” she said, adding that, with 13 siblings, “We had a team, and we always were playing football, and softball …”

At the time, Sue was commuting to a job at Dan Abraham Healthy Living Center-Mayo Clinic in Rochester, Minn., and looking for something closer to home. Freit-Hammes was deeply involved in the initial years of Mayo-Franciscan’s Big Blue Dragon Boat Race, which has since graduated to festival status.

“She got me to say I would try dragon boating before she even offered me the job” in her department, Sue said, an assertion that Freit-Hammes confirmed.

Immediately hooked at her initial training session on a boat, Karpinski is eminently suited for the sport, Freit-Hammes said.

“The sport of paddling is really technical,” said the 46-year-old Freit-Hammes, who attended her first dragon boat training camp in Florida about five years ago and now, like Karpinski, aspires to reach the national level of competition.

“To get to the next level, you have to be attracted to the discipline required to advance your skills from so-so to advanced techniques,” Freit-Hammes said. “It requires attention to detail and body awareness.

Both women will attend dragon boat training camps in Florida in April, although in separate weeks, to continue to hone their skills.

Ice dragon boating has the potential to become a sport in the Coulee Region, Karpinski suggested.

“It would be great for Rec-Fest,” she said of La Crosse’s annual Winter Rec-Fest, which is in process.

Winter usually results in plenty of ice but, during seasons as warm as this one, she said, “We could still have the event on water.”

What is ice dragon boating?

Ice dragon boating may be unfamiliar to most folks in the Coulee Region — indeed, it’s a rare concept in all of North America, as the first festival for the sport on the continent will take place Feb. 17 and 18 in Ottawa, Ontario, Canada.

As for popularity, well, tickets to the event sold out in 10 minutes.

The main difference between regular dragon boating, obviously, is different paddles. The ice version employs toilet-plunger-like paddles, with spikes to grab the ice. Water dragon boats usually have crews of 20 paddlers, a drummer and a steerperson, although some 10-paddler boats also ply water. Ice dragon boats have 10 paddlers.

The timing is different, as paddles streak through water faster than they can grip ice and propel the boats.

The International Ice Dragon Boat Federation includes members from China, Hungary, Germany, Italy, Russia, Canada and others. It is wooing the 2022 Beijing Winter Olympic Games Organizing Committee in a quest to become an Olympic sport.

More information about the sport can be found on the festival’s website.

Dragon boat racing zips on best of ice, slogs in slushiest of times

Sue Karpinski had no idea when she stepped off a plane into a picture-perfect “winter wonderland” in Canada that she would be singing “Row, Ro…

Karla Mees didn’t flinch when she learned she had breast cancer: “I had an intuition. A coworker offered to come in and cry with me, but I did… 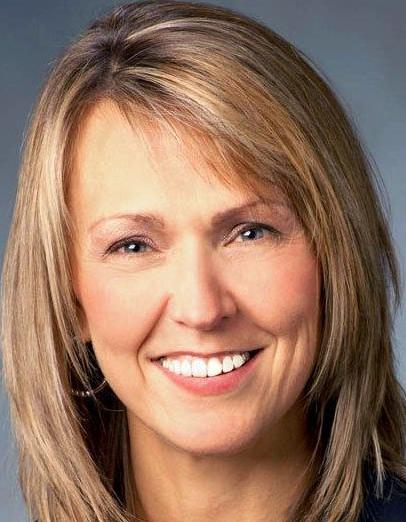