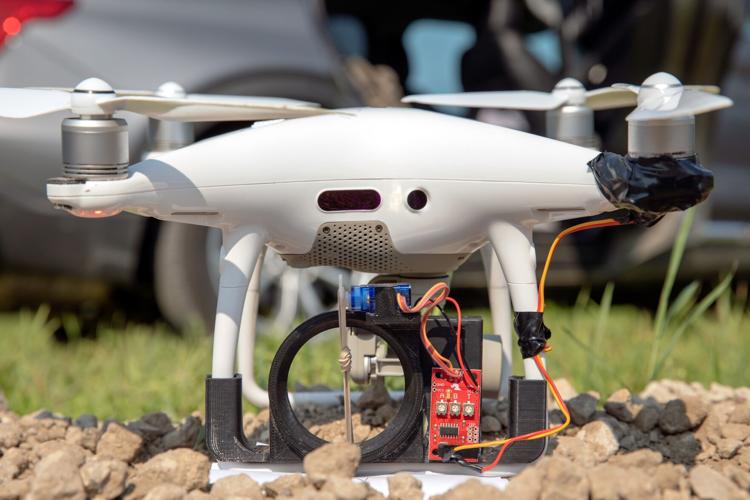 Drone training with drones like this was also used in the 86th Training Division's Combat Support Training Exercise 86-22-02 in August 2022, 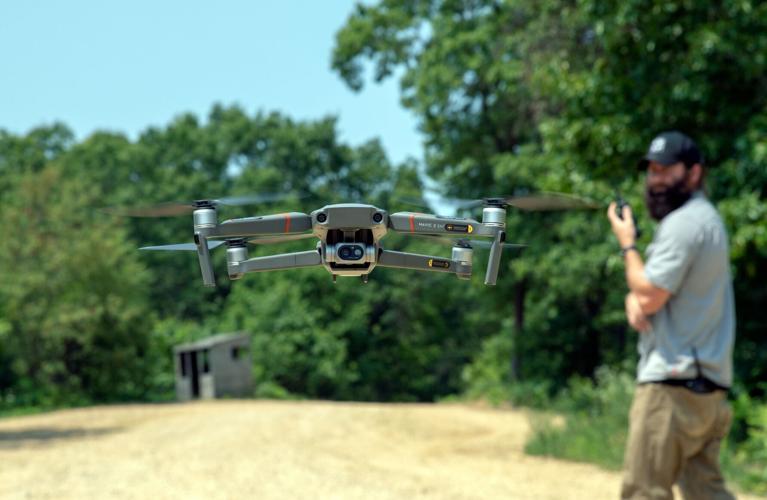 A small quadcopter drone lifts off to conduct a simulated convoy attack during Warrior Exercise 86-21-03, at Fort McCoy, Wis., on July 18, 2021. Training with drones like this was also used in the 86th Training Division's Combat Support Training Exercise 86-22-02 in August 2022 at Fort McCoy.

FORT MCCOY — The Army Reserve is heading into a direction in which readiness, people, and modernization are the complete focus to success for defending the country and defeating the nation’s adversaries.

To accomplish this, Soldiers provide combat-ready units and personnel across the full spectrum of conflict worldwide. In conjunction with this effort, the Army persistently trains to stay up to date as a new era of warfighters and enemy forces become more technologically focused in their tactics. This calls for a need for enhanced training and readiness against aerial threats.

Through the emergence of technology, the unmanned aircraft systems (UAS) operator, conducts air reconnaissance by providing a birds-eye view to friendly forces below. The UAS identifies enemy strategies, locations, and capabilities while adhering to the Army’s #1 policy of taking care of its people. Though the Army Reserve has the offensive and defensive skill set with operating drones, Soldiers are learning how to react to the threat of an enemy drone through training.

This training scenario was implemented to give Soldiers on Fort McCoy’s Improved Tactical Training Base (ITTB) Freedom a chance to react to a drone within their base of operations.

Mason said that with the world changing, technological advancement is becoming more of a lethal dynamic that today’s warfighter has to adapt to.

“The Army has doctrine as to how to react to enemy drones and aerial combat,” said Mason. “Since recent wars have been fought on the ground, it is our priority to train and advise our Soldiers, warfighters, and leaders on how to adapt to these situations that are now unmanned threats.”

The training gives an exclusive look as to future capabilities enemy forces are proficient in producing.

While training for a defensive attack of a UAS drone, using the proper standard-operating procedures and doctrine to eventually use this technology increases the lethality within the Army Reserve. The features and components a UAS drone has is not only capable of reconnaissance, air superiority, and overwatch, but is also equipped to converge with multiple UAS systems in order to coordinate a centralized attack on one objective, said Licorish.

“The military needs to implement force protection measures to keep areas of operation safe,” Licorish said. “Which is why we are helping to produce both defensive and offensive incitement as well as guidance. UAS has built-in tracking capabilities and is equipped to use a plethora of modernized technology and artificial intelligence to enhance the abilities of the drones and its lethal dynamic.”

As a test to see how Soldiers would react to a UAS drone, Mason and Licorish flew a drone onto ITTB Freedom. This exercise was implemented to not only put stress on the Soldiers, but to subsequently provide guidance for future exercises and real-world missions.

The more knowledge and feedback our Soldiers receive on fighting with future technology as well as how to properly defend against it, the more combat ready and efficient our forces will be when Soldiers deploy, Mason said.

The cost effectiveness in procurement, maintenance, training, deployment, and logistics could insinuate that all conflicts going forward will be dominated by a form of drone technology, research shows.

The Army serves a vital role in defending America and one way of doing that is through Project Convergence. This project is the Army’s campaign of learning — designed to aggressively advance and integrate Army’s contributions to the Joint Force which could lower the number of lives lost while actively sustaining the Army’s readiness.

Drone training was also used by the 86th Training Division in 2021 during Warrior Exercise 86-21-03. See more about that training by visiting https://www.dvidshub.net/news/401898/new-army-training-addresses-emerging-drone-threat.

Classes will be held as scheduled Monday at Logan High School after an investigation this weekend cleared the building for staff and students.

On Sept. 16, at 5:55 p.m., the Vernon County 911 Dispatch Center received a call reporting a vehicle collision with an Amish buggy on State Hw…

An arrest was made after a man became violent and was found with drugs.

Homecoming dance canceled at Logan due to threat

The Homecoming dance at Logan High School was canceled Saturday night due to a threat. The school district sent the following letter to Logan …

A Melrose man was booked in La Crosse County jail after stealing a check and using a false ID.

Drone training with drones like this was also used in the 86th Training Division's Combat Support Training Exercise 86-22-02 in August 2022,

A small quadcopter drone lifts off to conduct a simulated convoy attack during Warrior Exercise 86-21-03, at Fort McCoy, Wis., on July 18, 2021. Training with drones like this was also used in the 86th Training Division's Combat Support Training Exercise 86-22-02 in August 2022 at Fort McCoy.