A University of Wisconsin-La Crosse police dispatcher claims she was fired for supporting Donald Trump.

In a letter sent Tuesday to the UW System Board of Regents, Kimberly Dearman's lawyer, Lee Fehr of Onalaska, said his client had been fired for political speech in support of President Donald Trump's travel ban. Fehr's letter said the comments were spurred by an email UW-L Chancellor Joe Gow sent to faculty, students and staff rebuking the move by the president. Gow denied Dearman was fired for her politics.

"I want to be very clear," Gow said. "We would never let someone go based on their political beliefs. We always follow due process and policy if anyone is let go."

According to a letter sent to Dearman from UW-L Human Resources Director Madeline Holzem on Monday, Dearman was given the option to resign or be terminated. According to the letter, Dearman was investigated after a complaint from a coworker and found to have violated university employee policies against unbecoming conduct and threatening or abusive language.

According to the university's definitions, unbecoming conduct is conduct, on or off the job, that adversely affects an employee's ability to continue to perform assigned duties or the university's ability to carry out its assigned mission, or that tends to promote mistrust or embarrassment of the university. Threatening or abusive language directed toward a supervisor, fellow employee or any other person is not allowed, and that includes offensive language, whether or not it's directed toward anyone in particular, and regardless of the intent.

Reached on Tuesday evening, Holzem said she was would not comment further because of possible legal action but did say Dearman had been terminated by the university. There is much more to the story, she said, but declined to elaborate.

The letter from Fehr states Dearman's remarks were in response to a Jan. 30 email sent to the campus community by Gow on behalf of UW-L leadership stating opposition to President Donald's Trump's initial travel ban. Gow's email said he was shocked and saddened by the order, which prohibited refugees and people from certain predominantly Muslim countries from entering the United States.

Fehr's letter said Dearman told a coworker she supported Trump's travel ban and that it would prevent terrorists from entering the country. She also said those immigrants should go back where they came from.

Reached by phone on Tuesday afternoon, Fehr said no legal action had been taken by his law firm but he had asked the university to reinstate Dearman to her position. He has not heard from university officials, he said, and he assumes he will proceed with litigation.

"It is a very tragic situation," Fehr said, "that an employee in casual conversation would end up losing her job because another employee is somewhat offended."

Gow said he took exception to those comments and said Fehr's actions seem designed to garner publicity and attention. After concerns were raised about Gow's email about the travel ban, the chancellor sent a second, apologizing for his comments and to make sure they didn't stifle discussion on campus, which he said is of utmost importance at a university.

"I don't know this employee, and he (Fehr) is trying to put this on me," Gow said. "That's a claim without any real foundation."

From Tribune files: 10 most-read stories in March at lacrossetribune.com

The University of Wisconsin-La Crosse is reversing course on its decision to terminate one of its employees.

Details trickle out regarding firing of UW-L police dispatcher

New details came out this weekend about the firing of a University of Wisconsin-La Crosse police dispatcher.

University of Wisconsin Chancellor Joe Gow says the lawyer defending a former employee is demanding a $250,000 settlement from the UW System.

Dearman back on the job, dispute with UW-L continues

A week after she was fired, a University of Wisconsin-La Crosse police dispatcher was back on the job Monday.

Dearman back on the job, dispute with UW-L continues

A week after she was fired, a University of Wisconsin-La Crosse police dispatcher was back on the job Monday.

The University of Wisconsin-La Crosse is reversing course on its decision to terminate one of its employees.

Rich Lowry: Campuses are no place for suppression

Mohamed Elhindi doesn't know when he will be able to see his father, Elhindi Elhindi, again.

Pretty much everything President Donald Trump has done the past two weeks has riled up Susan Mansfield and her daughter Melissa. 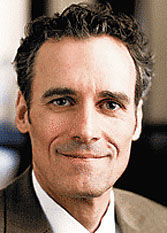 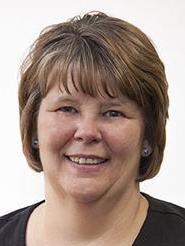