ISG put together a video to show attendees what the center could look like after the project is complete.

Brent Smith, chairman of the La Crosse Center Board, got an early peek at the proposal.

“This is giving us something tangible to really look at now — finally,” he said. “That’s one of those milestones in the whole process that gets exciting.”

ISG was able to incorporate some of the board’s requests, such as maintaining the flow of people through the center through walkways, and views of the Mississippi River and Riverside Park.

“That’s going to be the sizzle,” Smith said. That’s what the board has asked for since 2014 when the project first started to take shape.

Smith said he’s excited to update the city council, Mayor Tim Kabat and the public on the progress of the renovation plan during the public meeting, but he also hopes to get input from people on the style and construction plan for the building’s exterior.

“We’re wide open to those suggestions coming our way because we still have time to incorporate those kind of things,” Fahey said.

Next steps before breaking ground include bringing viable suggestions from Thursday’s session back to the architects to incorporate into the design, a city council vote on the final design and two more bid packages that will be made public in the coming months.

“There’s quite a bit of work yet to be done in the next four or five months as we put this all together,” Fahey said.

An earlier proposal, that was vetoed by Mayor Tim Kabat, would have extended the center over Front Street and above Riverside Park. The video, shown at the public input session, depicts a second floor that extends just over Front Street.

Tom Link, an attendee of the information session and resident of downtown La Crosse, said he's relieved to see that the new design does not encroach on Riverside Park.

"I love that park, I walk through that park two, three, four times a week," he said. "I don't want to see it taken over by a building."

The video shown during the event also showed the remodeled entrance on Second Street, with two-story glass windows to allow for natural light to flow into the center, views of the Mississippi River and Riverside Park through floor-to-ceiling windows on the west side of the La Crosse Center, a ballroom that can be sectioned off into three areas, and a rooftop terrace with seating that will overlook the river and the bluffs in the distance, among other upgrades.

Jody Cook, a resident of downtown La Crosse and a La Crosse Center security employee, is also excited to see the changes take place but would like to see the arena made more accessible to handicap or elderly event attendees.

"There's not a lot of area for them to be in," she said. "There seems to be a lot of elderly people who come to concerts."

Aside from the aesthetic upgrades, the renovation includes new energy infrastructure to maximize efficiency when heating or cooling the arena, providing lighting to the facility, and will incorporate the use of renewable resources such as solar energy. 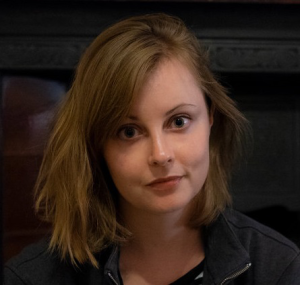 Elizabeth Beyer is the agriculture, data, interactive, audio and video journalist with the La Crosse Tribune.