As a child, Jonathan Gelatt would ride his bike down to the Rivoli Theatre, the ornate but weathered cinema his “favorite place in La Crosse.”

“I always said if it went up for sale or anything was going to happen to it, I would try and get, or try to save it, because I didn’t want it to go away,” says Jonathan.

True to his word, Jonathan will soon hold the keys to the landmark downtown business, being purchased by him and siblings Philip and Clara, when the sale is finalized Monday. The Gelatt family has long been immersed in theater, from movies to plays, and the La Crosse Community Theater was among the beneficiaries of the generosity of the late Charles Gelatt, a noted philanthropist.

The Gelatt siblings grew up in La Crosse, and Jonathan, who moved back to the city in 2016, will oversee general Rivoli operations for the interim. Current staff will remain on board, and, Jonathan says, will “kind of hand-hold me through this, since this is my first time running a theater. But eventually I’ll get more involved with programming and such once things are in a groove.”

Throughout the summer, the Rivoli, which marks its 102nd anniversary this fall, will remain largely unchanged. Down the line, Jonathan says, the siblings are looking to do some historic renovations, especially in the main theater. For nostalgia, he hopes to locate old photos, movie posters and advertisements of the Rivoli to display.

The historic theater, which opened in September 1920 and underwent renovations six years later, closed for a period in 1987 before reopening to the public in 1994. The entire interior is in need of a touch up, with remodeling planned for the party room and screening room, which does not have the historic features of the main theater. Jonathan has interest in eventually having a third screen if space allows. He’d like to bring back the “fan movie poll” and “movie fests” the Rivoli held some two decades ago, and invite area entities like assisted living homes to attend a show of their choosing as a group.

“We have some exciting plans to refresh the theater,” Jonathan says. “Every generation I’ve talked to about the theater loves it, from little kids to elderly people. I think there is a lot of potential to expand the programming, keep it open more, play more movies, and try and get people more interested in alternative programming to what bigger theaters are playing.”

Jonathan would like to screen more classic films beloved by senior audiences, and hopes for all ages it will “reinvigorate their love of these old movies, if they see them how they were originally presented on big screens.”

Food and services will stay the same for the time being, and Jonathan assures the beloved pizza will remain on the menu and Packers game screenings will continue. The Rivoli website will undergo an update soon, and community members can sign up for email notifications for updates and offerings.

The upper level of the Rivoli is currently old offices, and the Gelatt siblings are going to evaluate if the area can be historically restored before making any plans for the space, which he says will be utilized.

For the Gelatt siblings, buying the Rivoli means more than owning a building. The theater is a source of pride and fond memories, and will hopefully be remembered as a cherished childhood destination for generations to come.

“I think it makes the La Crosse downtown really special, and I’ve seen too many downtowns in the Midwest die off and a lot of them had old theaters,” Jonathan says. “I think having a 100-year-old movie theater is pretty special, so I want to keep that going.”

From Tribune files: A look at who appeared at the Mary E. Sawyer Auditorium in La Crosse

From Tribune files: 55 buildings in the La Crosse area that no longer exist

These historical photos from the Coulee Region are a reminder about how our region used to look.

Here's a look at some former area restaurants that have closed for good. How many do you remember?

Writer, producer and director Philip Gelatt is set to return to his hometown of La Crosse this weekend for a screening of his new animated fil…

The Rivoli Theatre in downtown La Crosse is marking its 101st anniversary in style on Sunday, Sept. 19.

This image is from the La Crosse Tribune of Sept. 19, 1920, when the Rivoli Theatre, located on North Fourth Street, had its grand opening 100…

The city of La Crosse will allocate another $300,000 in community development block grant funds to the All Abilities Trane Park project after … 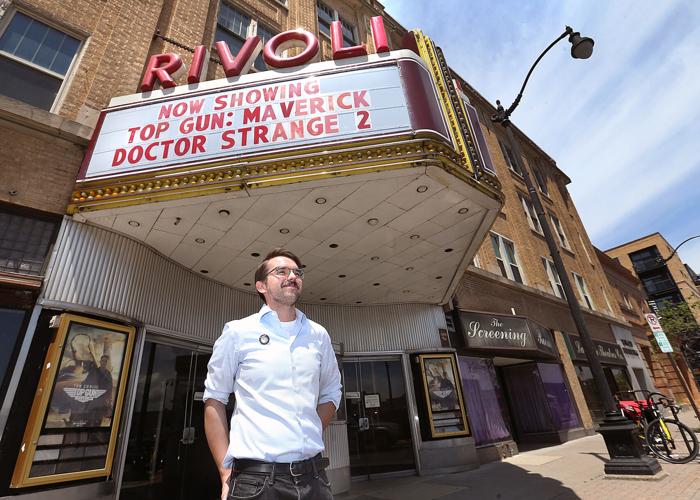 Jonathan Gelatt has purchased the Rivoli Theater with his two siblings and plans to renovate the historic movie house and make other exciting changes. 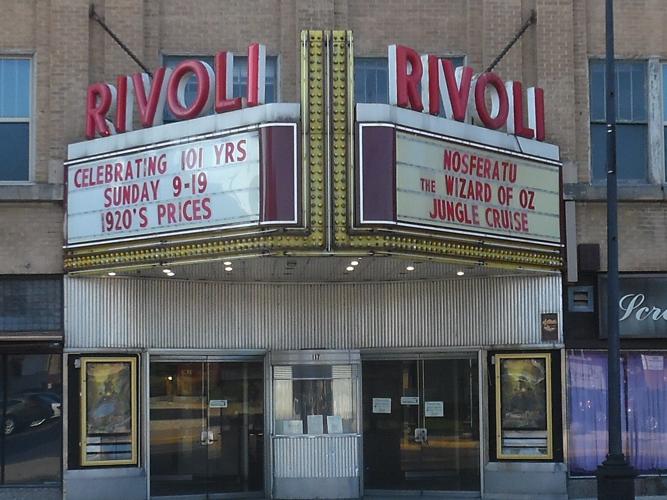 After 101 years in business, the Rivoli Theater celebrated last weekend in La Crosse.