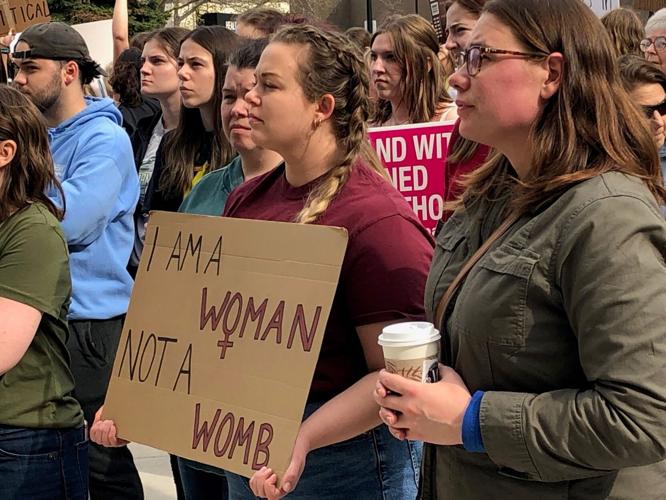 A supporter of abortion rights listens to speakers during a Thursday rally in downtown La Crosse. 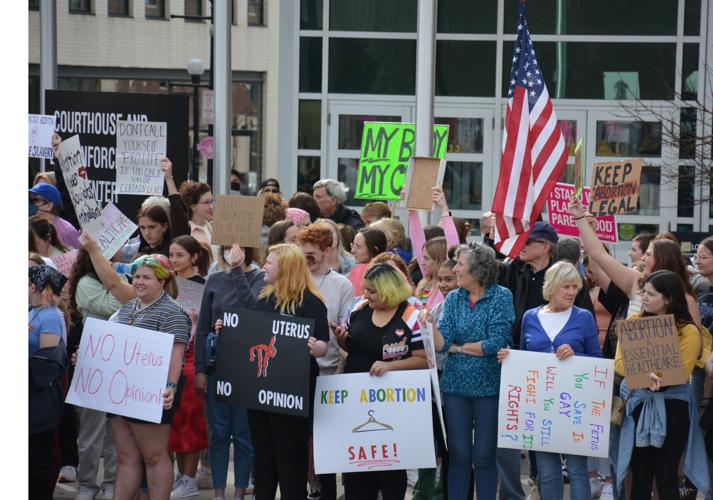 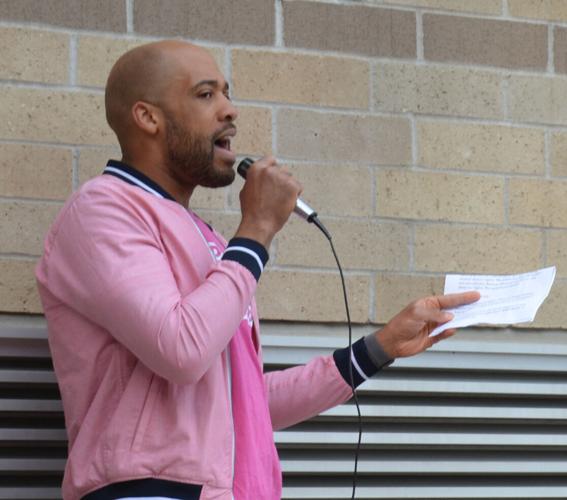 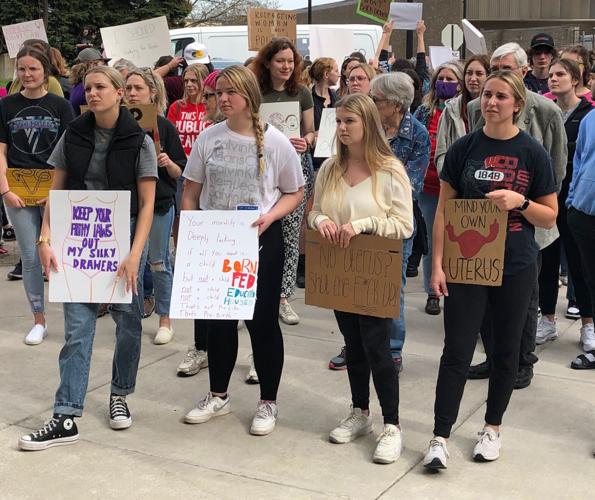 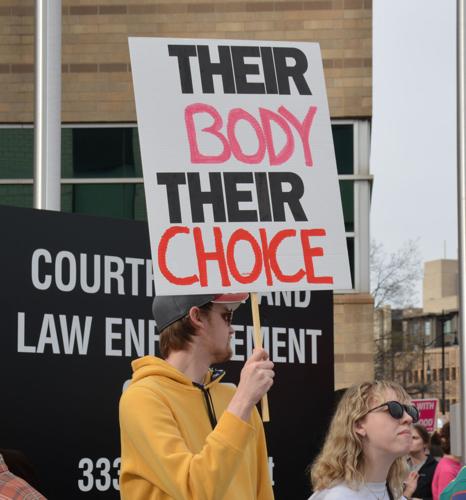 Democrats who spoke at an abortion rights rally Thursday at the La Crosse County Courthouse called for legislation at the state and federal levels to protect abortion rights. The rally was organized after a draft majority opinion overturning the 1973 Roe v. Wade decision was leaked to the public. The opinion would allow individual states and Congress to write their own abortion restrictions.

“We have to codify Roe v. Wade into federal statute,” said state Sen. Brad Pfaff, a candidate for the open 3rd Congressional seat.

Pfaff also said the state Legislature must act to repeal a law that reinstates abortion bans if Roe v. Wade is overturned.

“We cannot have a situation where ... we will go back to an 1849 law in this state,” he said. “The legislature in Madison has to act.”

Lt. Gov. Mandela Barnes, who’s running for the U.S. Senate seat occupied by Republican Ron Johnson, drew a sharp contrast between himself and the incumbent on abortion rights.

“While Ron Johnson may be on the wrong side of this issue, I can guarantee you that I will always stand up for reproductive freedom,” Barnes said.

“We will not let the government tell us what to do with our bodies,” Garcia said.

“I’m tired of pro-life hypocrisy,” Wilson said. “Does a life only matter when it’s a fetus in a woman’s uterus, or does it matter when the child is black or impoverished or an immigrant? Why don’t their lives matter? I’d like to see pro-life extend to a person’s entire life.”

Third District Congressional candidate Deb McGrath told the crowd Roe v. Wade gave her the right “to choose when I wanted to have a family, and the government has no factor in this equation.” In a separate interview she said her experience in the Army, CIA and State Department has shaped her views on women’s rights.

“I am someone who served my country for 25 years in places where women didn’t have rights, and this is exactly what brings people out,” she said. “This is about women having their own choice and own opportunity.”

A supporter of abortion rights listens to speakers during a Thursday rally in downtown La Crosse.