Mike Kendhammer used to look out his dining room window and see large groups of deer gathered in a field below.

These days, the deer are gone.

Since last year, Kendhammer has found 15 dead deer on his 220-acre property just south of La Crosse. He said three other deer who died under similar circumstances have been found on a neighboring property. Last month, the Wisconsin Department of Natural Resources identified the cause of at least two of the deaths: epizootic hemorrhagic disease.

Kendhammer believes EHD killed the remaining 16 deer. He also believes there are dead deer on his and neighboring properties that have yet to be found.

“It’s devastated the deer herd in this valley,” he said. “It’s like they all disappeared.”

EHD has surfaced elsewhere in the area. The Minnesota Department of Natural Resources reported Oct. 11 that confirmed cases were discovered in Houston and Winona counties. Later in the week, Wisconsin DNR confirmed a case in Juneau County and a third La Crosse County case in the town of Medary.

DNR biologists in Wisconsin and Minnesota don’t believe EHD poses the same threat to the deer herd as chronic wasting disease. EHD is common in the southern and western United States and was identified for the first time in Wisconsin in 2002, when 14 deer died in Iowa County. There were reports of EHD last year in Buffalo and Oconto counties, but only 50 deer died statewide, according Wisconsin DNR.

“It’s usually a local die-off, and it stops at the local level,” Napierala said. “We typically don’t adjust any hunting quotas, even at the county level.”

The virus that causes EHD is carried by a biting gnat known as a midge. Infected deer with the most severe symptoms salivate excessively, have foam present around the nose (sometimes with blood), suffer from dehydration and lose their fear of humans. Deer with EHD may look outwardly healthy because the disease spreads rapidly through the body, and the deer shed little weight before they die.

Those symptoms match what Kendhammer has seen on his property.

“We found dead deer by our tree stand, and we couldn’t figure out what was going on,” Kendhammer said of deer he discovered in 2020. “The deer didn’t show any sign of stress at all. I could see a little blood coming from the nose and ears.”

Since the EHD is caused by an insect, the spread of the disease is halted annually with the arrival of cold weather, said Minnesota DNR wildlife health program supervisor Michelle Carstensen.

“It ends as soon as we get the first frost,” Carstensen said. “It’s really a short-term disease — generally late summer into the fall.”

Unseasonably warm weather in western Wisconsin has given the disease additional time to spread. As of Friday, the La Crosse area had yet to experience its first frost, which normally arrives the first week of October.

“A later frost would give the midge population a better climate to thrive,” Napierala said.

Carstensen said Minnesota had been insulated from EHD until 2019, when the disease first appeared in Houston and Stearns counties. She said drought conditions in Minnesota played a role in the spread as deer congregated around shrinking water holes.

“All of our neighboring states have been dealing with EHD for years,” she said. “We don’t get a lot of reports in Minnesota — maybe a dozen overall — but it’s an underestimate of the disease.”

Biologists say the virus doesn’t infect humans even if a person handles infected deer, eats venison from infected deer or are bitten by infected midges. However, Carstensen said people shouldn’t consume deer that exhibit any signs of poor health.

Carstensen said EHD is very different from CWD, which is linked to a prion with a much longer incubation period.

“CWD is super slow,” she said. “It’s a different pathogen. It has nothing to do with temperature or insects. It has a different cycle and presentation.”

Kendhammer and his neighbors found four bucks and six does in 2020 and one buck and seven does this year. He said all four bucks from last year would have registered a Pope and Young score. He’s concerned about the impact of the disease and said it can transmitted to other hoofed animals.

He said the DNR needs to treat EHD with a sense of urgency.

“It would be an extreme disaster for Wisconsin if deer keep tipping over,” Kendhammer said.

Napierala said his department is monitoring the situation and asked for the public’s help.

“The biggest thing is for hunters and landowners to notify the DNR so we can better track the geographic distribution of the disease,” Napierala said. “We really depend on landowners and hunters in these situations.”

Would you eat a sea cucumber? How the Chinese delicacy is cooked

Would you eat a sea cucumber? How the Chinese delicacy is cooked 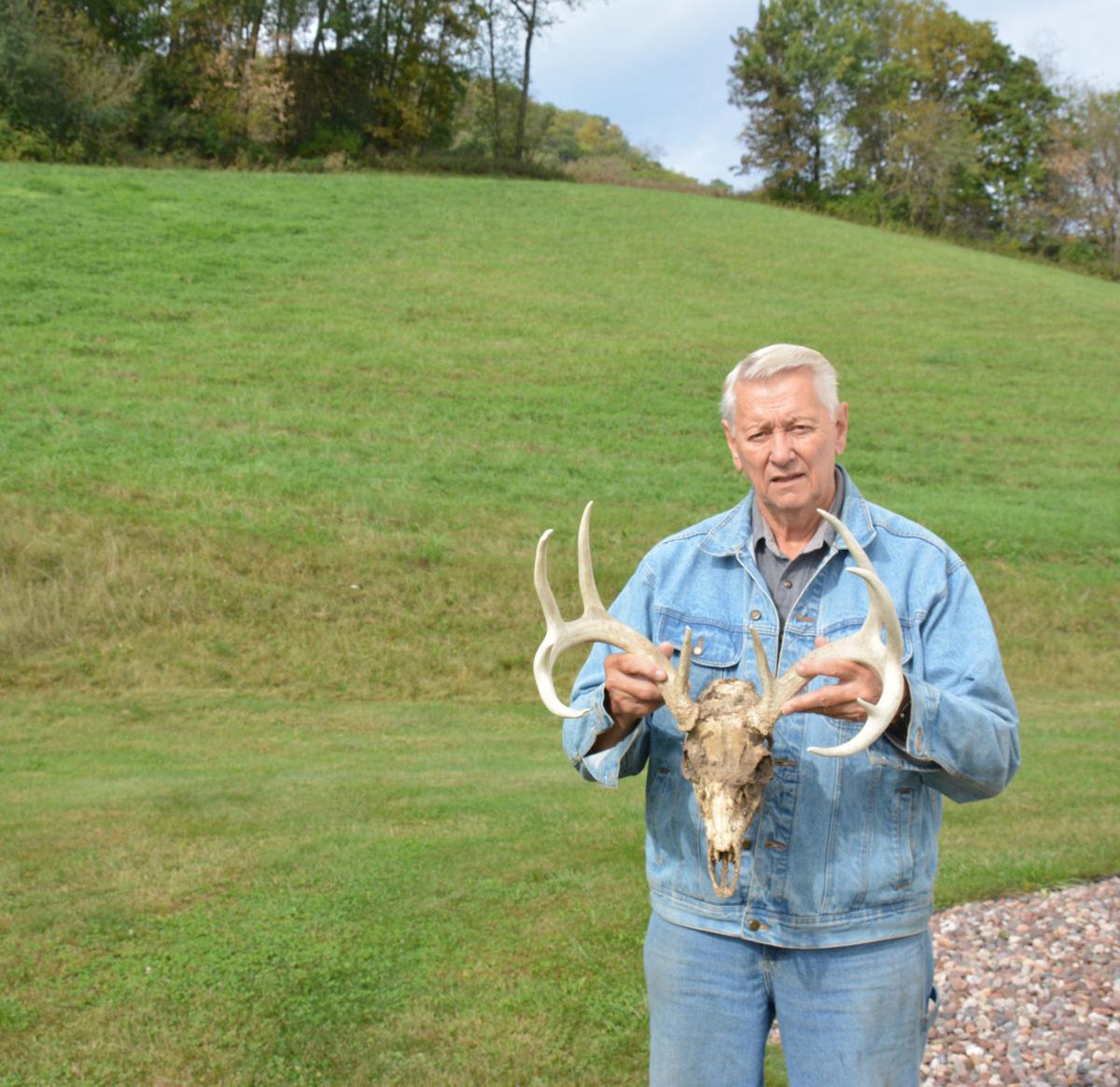 Mike Kendhammer displays the skull of a buck that died on his 220-acre property south of La Crosse. 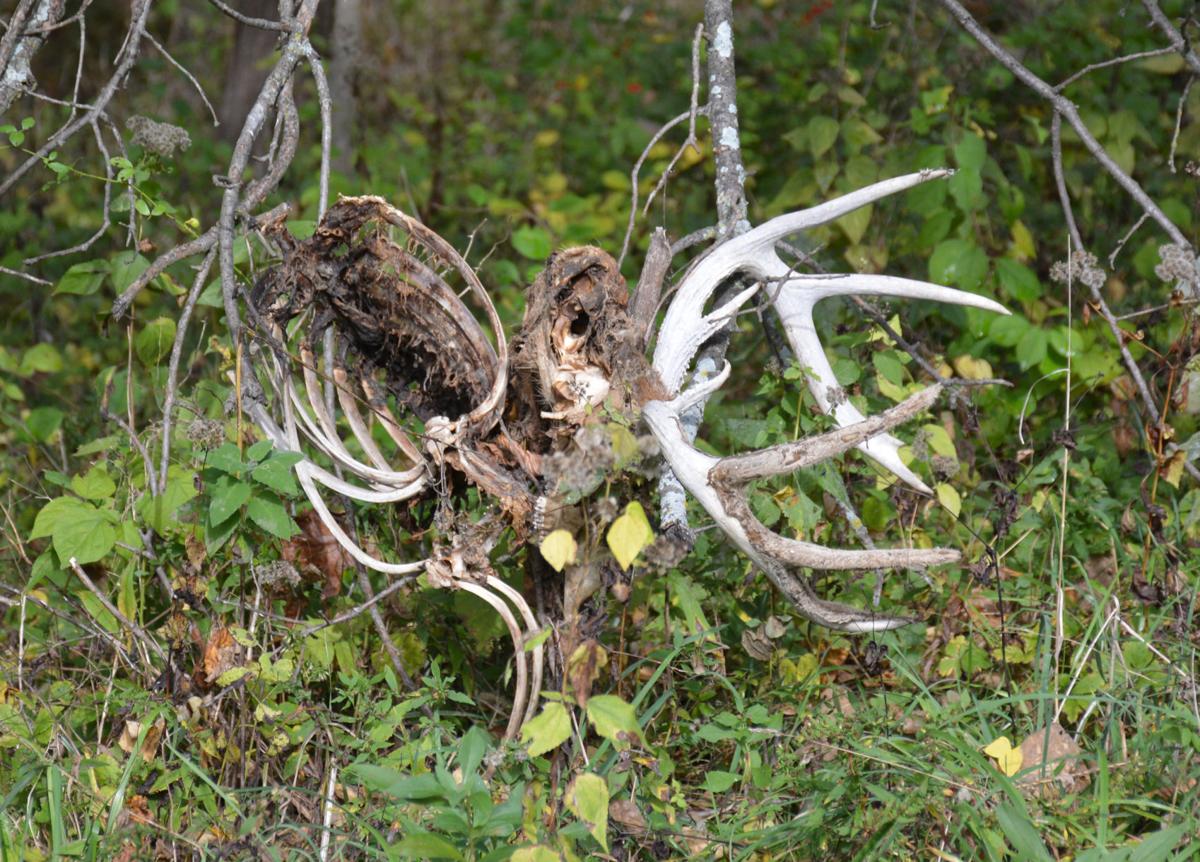 The remains of a deer that recently died on Mike Kendhammer's property.