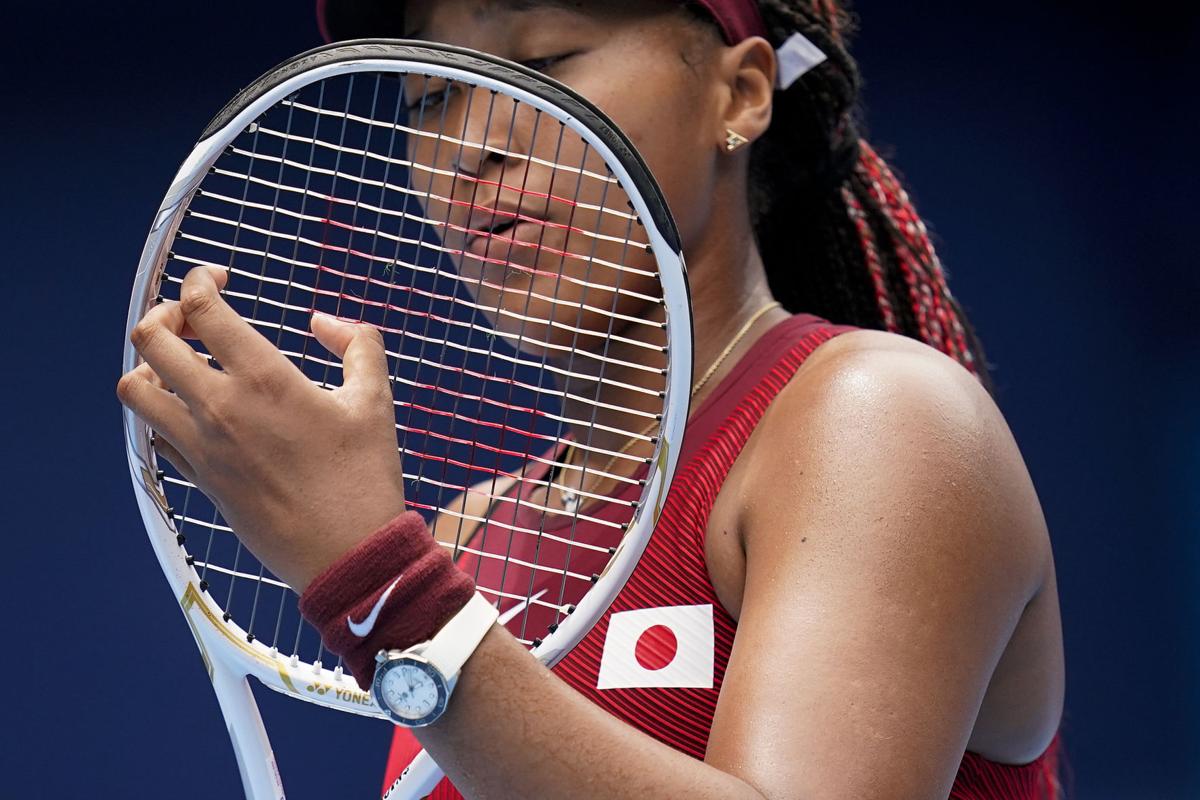 Naomi Osaka of Japan adjusts her racket during a tennis match July 26 at the 2020 Summer Olympics in Tokyo, Japan. Osaka drew both praise and criticism when she withdrew from the French Open earlier this summer, citing her mental health. 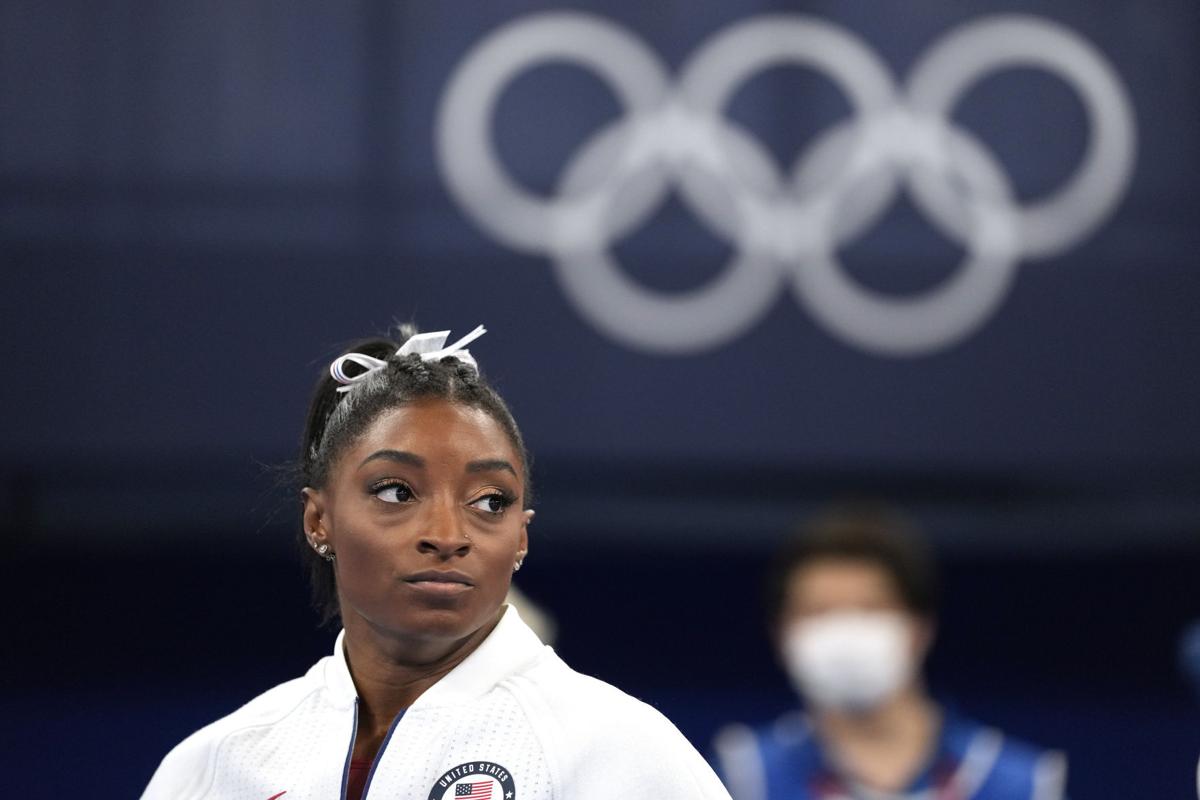 Simone Biles watches gymnasts perform July 27 after she exited the team final at the 2020 Summer Olympics in Tokyo.

When renowned tennis player Naomi Osaka and decorated gymnast Simone Biles withdrew from the French Open and portions of the Tokyo Olympics, respectively, due to mental health concerns, some were quick to condemn, accusing them of being selfish, weak or unprofessional.

Had their non-participation been due to physical injury, would the criticism have been so strong?

Athletes, especially high ranking and professional level ones, work constantly on their fitness abilities, at times to the detriment of their psyches. And while ability and score may not determine the livelihood of a school age or college athlete, the stresses can still be immense. Parents, coaches and spectators are apt to focus on the wins and losses, perhaps not even aware of the mental health effects of athletics, creating a culture where performance is everything and worth is dependent on trophies, titles and medals.

“Today’s athletes in particular seem to be under a lot more pressure,” says Mayo Clinic Health System sports medicine specialist Dr. Andrew Jagim. “I think a lot of that is fueled by media cycles and social media and 24/7 access into athletes’ lives, where they can hear the criticism and praise. The criticism is almost nonstop, and so much of what they do is on a grand stage and is available and will be available on repeat for forever.”

In the case of Osaka and Biles, both top-ranked in their sports, the expectation to excel is high and the world is watching.

“Folks who can attain at that level are almost handpicked for a level of perfectionism — they’ve been bred over their entire life to be perfect and perfecting their craft,” says Mayo Clinic Health System psychologist Dr. Chelsea Ale. Sports may become their sole priority and identity, which Ale calls, “a terrible setup for health and wellbeing.”

“For our athletes we’re asking them not to have a balanced life — were asking them to focus on one area and that really is a setup for ongoing burnout,” Ale says.

Elite level athletes may find their sport more than a full-time job, Jagim says, with “every decision you make throughout the day likely (to) revolve around” how it will affect performance. But the pressure can exacerbate existing mental health issues, or even cause them to develop, as physical training can manifest into psychological distress. With the expectation of athletes to be strong, ready and focused at every competition, there can be a perception of debility in admitting everything isn’t OK.

A study of elite male athletes, published by Sports Med Open in 2018, notes, “The physical and psychological demands placed upon them by the sporting environment may predispose athletes to developing depression. As an athlete’s symptoms of mental illness intensify, their performance can be negatively affected leaving them vulnerable and exposed to further symptoms of common mental disorders.”

Ale points out, “It’s not in your head and it’s not in your body — your head is part of your body,” and calls being “mentally tough” an “ironic concept.” She prefers to encourage resiliency, which may require reaching out to a mental health profession, self care, life balance and knowing your own limits.

Among student athletes, Jagim finds life challenges, such as living on campus, relationships, part-time jobs and studying, compounds the stress they feel in their sport. Feeling “out of the zone,” where your mind and body don’t connect, he says, can be dangerous and lead to injury, and many students are juggling too much.

Ale reminds athletes of all levels to know the reason why they are competing, and make sure it fits their values and aspirations while allowing them to enjoy other aspects of life. Sports, she says, should not feel like an obligation, expectation, or your sole source of value or purpose.

When Simone Biles withdrew from the Olympic women’s gymnastics team final last week because of her mental health, I couldn’t help but think of…

No major injuries after plane runs off Texas runway

No major injuries after plane runs off Texas runway

Naomi Osaka of Japan adjusts her racket during a tennis match July 26 at the 2020 Summer Olympics in Tokyo, Japan. Osaka drew both praise and criticism when she withdrew from the French Open earlier this summer, citing her mental health.

Simone Biles watches gymnasts perform July 27 after she exited the team final at the 2020 Summer Olympics in Tokyo. 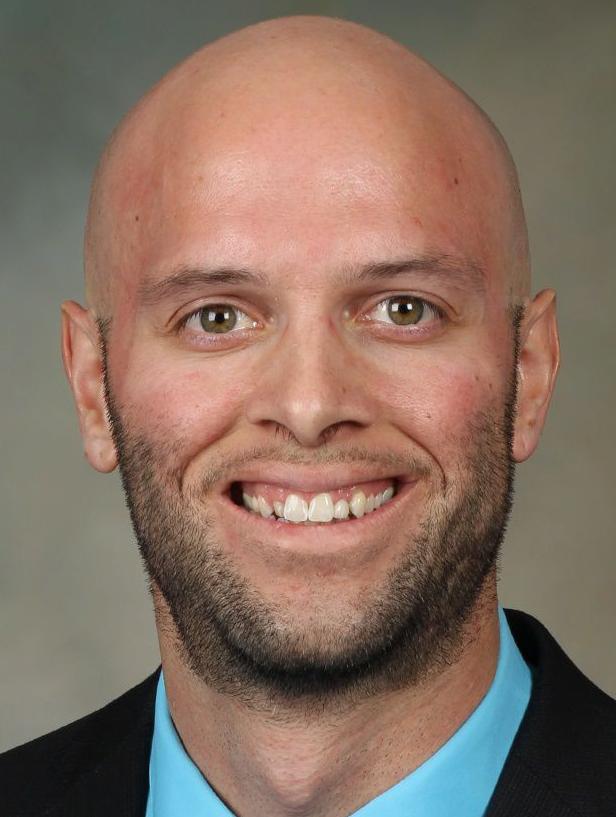