Researchers from the University of Wisconsin-La Crosse are studying the health of Myrick Marsh to learn more about how humans are impacting the ecosystem.

The researchers are collecting data on the amount of oxygen being released and consumed by plants and animals within the marsh. Using these figures, current student Aly Reuvers and biology professor Eric Strauss can establish a baseline of health for the marsh that can be used as a point of comparison in future studies.

In addition to climate change, the study can also help people better understand humans can impact ecosystems. Oxygen levels are a good measure of health because it shows that energy is flowing efficiently throughout the marsh, Strauss said.

"It's hard and it's confusing to understand what's going on with climate change and nutrient pollution," he said. "Anytime anybody does anything, and you can relate it to something that they understand it's going to help everybody."

Later this summer, Reuvers and Strauss will place a sensor in Myrick Marsh to collect hundreds of data points that measure oxygen levels. Then, Reuvers will run a series of equations to establish a health baseline.

They may also add small amounts of other nutrients, like nitrogen and phosphorus, into samples from the marsh to determine how oxygen consumption and production levels are impacted.

Before heading out to the marsh, the researchers are first running a series of smaller tests in the Prairie Spring Science Center on the UW-La Crosse campus. Reuvers and Strauss already found a piece of microplastic within a water sample, just one of hundreds of thousands pieces that are likely in the marsh as a result of humans.

Despite this, the researchers are currently anticipating the marsh is healthy due to the amount of greenery, plants and algae within. The data should reflect that oxygen production and consumption levels shift regularly, depending on whether it's day or night and photosynthesis is occurring.

If the marsh were unhealthy, there would already be external indicators, like large amounts of dead fish, Strauss said.

Completing this research is also important because a health baseline has not yet been established for this body of water, Strauss said. The data and health baseline may even be shared with local environmental groups and organizations when the research is completed.

"The marsh is in town, everyone sees it, people go running by it, or they fish in it," Reuvers said. "I feel like people around here are very interested in how the environment works and protecting it, so I think they'll appreciate the results we come up with."

Strauss said this area of research has many opportunities for expansion over the next several years. If time allows, Reuvers and Strauss may also look at carbon dioxide production levels of the marsh later this summer.

"Future students can come in and they can continue monitoring this. I also considered measuring carbon dioxide dynamics for an entire year to see seasonal effects ," Strauss said.  "If there's ever an event that happens, like a big runoff event, maybe it's road salt or fertilizer, or maybe the river overflows into the marsh in a big way, we can see what the effect would be."

This project is made possible through the University's Dean's Distinguished Fellowship program, which sponsors and promotes undergraduate research collaborations between faculty mentors and students. At the end of the summer, Reuvers will present the research and findings to other students and faculty within the program.

She said participating in this research has been helpful in determining her path following graduation from the University.

"I think it's very important, because it'll helped me decide if this is what I want to do later on in my life," Reuvers said. "So far, I really enjoy it."

"It's hard and it's confusing to understand what's going on with climate change and nutrient pollution. Anytime anybody does anything, and you can relate it to something that they understand it's going to help everybody."

After taking an online course and completing journal entries, researchers said they hope teachers will be able to incorporate empathy in the classroom.

Unbelievable! This is the moment a cobra vomits up a massive PVC pipe

Unbelievable! This is the moment a cobra vomits up a massive PVC pipe

This car-bike hybrid could be the future of city travel

This car-bike hybrid could be the future of city travel 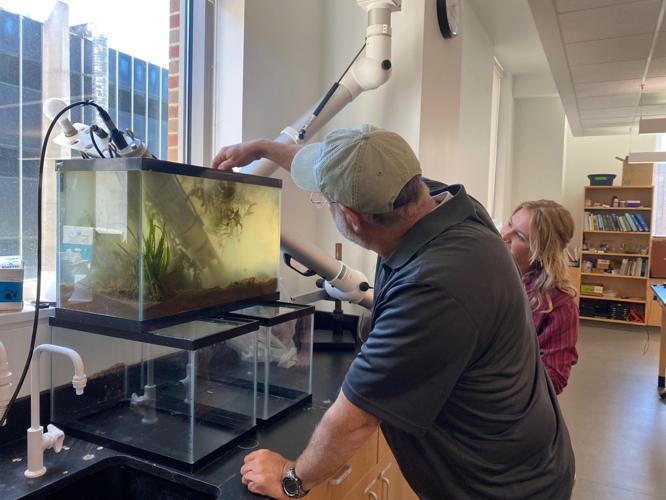 Researchers Eric Strauss and Aly Reuvers look into a tank filled with plant and water samples from Myrick Marsh. This sample contained a piece of microplastic, likely carried into the ecosystem by humans. 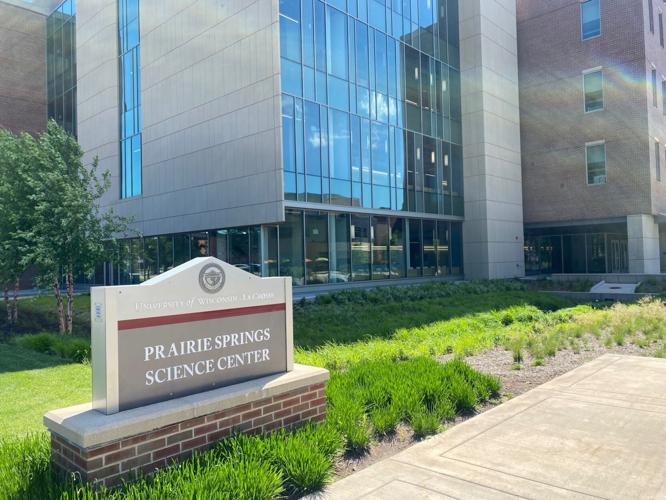 The Prairie Springs Science Center on the University of Wisconsin-La Crosse campus on Thursday. Reuvers and Stauss are completing part of their research in a biology lab in the center. 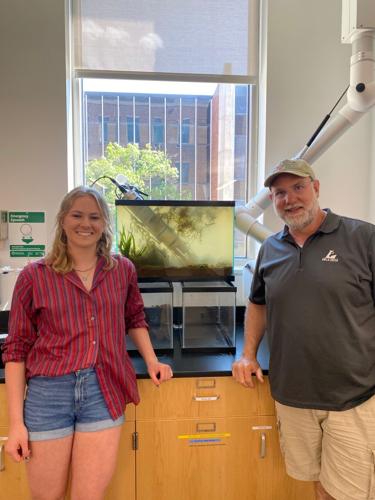 Researchers Eric Strauss and Aly Reuvers stand in front of a testing tank they are currently using for their study. Strauss and Reuvers are collaborating on this research through the Dean's Distinguished Fellowship program.