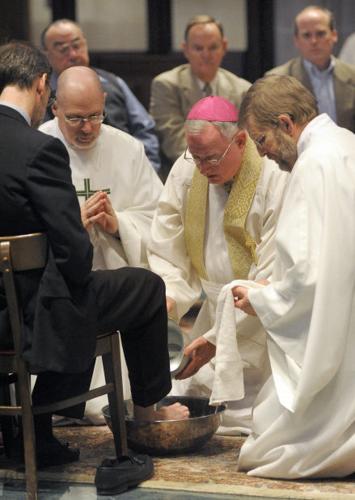 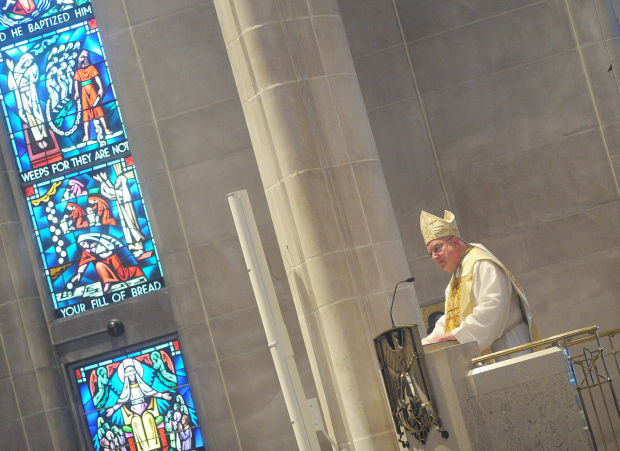 Easter signals a new beginning unlike any other, and it takes on additional meaning this year, as the Catholic Church enters the season with a new leader.

Much has been said about the firsts for the cardinal from Argentina: the first pope from the Western Hemisphere, the first Jesuit, the first Francis.

As speculation swirls about what Pope Francis’ first actions might be as he settles into the Vatican, the Tribune surveyed some Coulee Region residents on what they expect from the new pontiff.

“He has got to clean up the scandals of the church first,” said Lopez-Kaley of Viterbo University in La Crosse.

“I think there is a lack of confidence that the bishops are really serious” about the clergy’s sexual abuse cases, he said. “The pope definitely needs to state: You guys have to get serious about this and turn in the priests who are involved.”

Not doing so “undermines the confidence of people in their bishops,” Lopez-Kaley said.

The fact the pope leads a global church of 1.2 billion Catholics will dictate which issues he tackles first, another Coulee Region theology professor said.

“In the United States, people might want a more forceful apology and action regarding the sexual abuse scandals,” said Greg Sobolewski, who teaches at Saint Mary’s University of Minnesota in Winona. “Some issues that seem important in the United States may not be so much elsewhere.”

It’s harder to categorize the financial scandals that have roiled the Vatican Bank for decades, Lopez-Kaley said.

However, he said, “How do they show others how to live if they are not following ethical standards themselves?”

Lopez-Kaley also would like to see an olive branch from the new pope to theologians, some of whom have endured reprimands from the Vatican and U.S. bishops for allegedly contrary teachings.

“We need a greater dialogue that we are not trying to destroy the faith but bring it into contemporary times,” Lopez-Kaley said. “The whole idea of theology is to try to express something that is centuries old in today’s terms.”

“That’s got to be a dialogue other than imposition from on high, that you’re wrong and I’m right,” he said.

The church also must find a way to increase the number of priests instead of closing parishes, Lopez-Kaley said.

“If that means married priests, we need to do that. That’s something that can be changed,” he said. “During the first 1,000 years of the church, there were married priests. Peter was married, for heaven’s sake. Somehow, it worked.”

“Women as priests is a non-starter,” Sobolewski said. “It’s clear that that’s a defined doctrine and not changeable.

“But I think the role of involving women in the mission of the church is an area that offers tremendous growth, and the church must do that,” he said.

“I think the Catholic Church has many ways to do ministry in the church and outside. We don’t need to be too focused on the priesthood,” Sobolewski said.

“There are many other areas where women can serve in positions of authority, such as leadership of diocesan departments and diocesan and parish structures. There are more roles women can function in than priests, deacons and bishops — and there is even live debate about deacons,” he said.

“Pope Francis will encourage asking big questions, such as lifting up the role of women in the structure of the church,” Sobolewski said.

Advocates for victims of sexual abuse want Pope Francis to take firmer steps against the scandal that has rocked the Catholic Church, costing billions in lawsuit settlements.

Those steps should include opening church files on accused priests and disciplining anyone involved in cover-ups, said John Pilmaier of Milwaukee, Wisconsin director of Survivors Network of those Abused by Priests.

“There needs to be some type of discipline for bishops who put kids in harm’s way,” Pilmaier said. Pilmaier specifically cited Bishop Robert Finn of the Diocese of Kansas City-St. Joseph, Mo., who was convicted of a misdemeanor in September for not reporting to authorities a priest who had taken hundreds of pornographic pictures of young girls.

Finn, sentenced to two years of court-supervised probation, remains the bishop in the diocese of 87 parishes.

“Bishops have tried to say it’s just an American problem, but it’s been found in other countries,” he said. “One of our concerns is Latin America. We don’t have a handle on how pervasive the problem is, but there’s every indication that it’s pervasive.”

Pilmaier, 42, who says a priest abused him when he was 7, is among 575 people who have filed claims against the Milwaukee Archdiocese alleging cover-ups over decades. The archdiocese is one of eight in the country that have sought bankruptcy protection because of such suits.

Church officials often say “mistakes were made” in their handling of abusive situations, when in fact, “they made calculated decisions to cover up abuse,” Pilmaier said.

The pope’s persona as a humble man who gravitates to the poor enhances his ability to evangelize, Callahan said.

“The belief is that the church is aloof, a static, unmovable kind of thing,” Callahan said. “But when people look at Francis, it’s hard for them to hold onto that immovable image … because he is anything but that.

Francis will urge people to get to know Jesus Christ as a friend “to provide a sense of balance in a secularistic and relativistic world,” Callahan said.

“Once that personal relationship has been established, it becomes one by which you are going to tell someone else about your friend Jesus,” he said. “That basically is evangelization.”

The pope also is expected to reform the Curia, the Vatican’s administrative arm, Callahan said.

The reformation will include addressing scandals that have besieged the Vatican Bank for decades and other issues, such as papal butler Paolo Gabriele’s leaks of stolen information that led to his conviction for theft last year. Pope Benedict XVI later pardoned him.

Critics use the scandal to undermine the church, he said, adding, “For those who don’t want God involved in anything at all, one of the easiest ways to reprove those who believe in God is to simply say that the church is evil and to continue to stir up the pain of the abuse scandal.”

The church will grow under its 266th pope, Callahan said, because “Francis is a force. … He’s aware of poverty and ignorance and the malice that is perpetrated against humanity. And as the vicar of Christ, he stands against it, and as Christ has taught us, he will prevail.”

Carol Kaiser of West Salem believes Pope Francis is “going to be great” — and she has a couple of game-changing ideas for him.

“We would like to see priests marry if they so choose,” said Kaiser, a founding member of St. Leo the Great Parish in West Salem. “I think it would have lessened the other problems,” of priest sexual abuse.

The pope needs to address the continuing controversy over the abuse, she said, adding, “Our fervent hope is that he will do that in some way. We don’t expect it to be real forceful, but firmly and gently.”

Although church doctrine bars women from becoming priests, “I would be very much in favor of women deacons,” Kaiser said, even though, at 80, she is 20 years beyond the age limit for even male deacons.

“Fewer men are becoming deacons, and today with servers, if we didn’t have girls, we wouldn’t have any,” she said.

Kaiser became one of St. Leo’s first lay ministers in 1995, with duties including being a lector at Mass, visiting the sick, taking communion to those in nursing homes and working in the parish’s bereavement program.

Catholic parishes need to connect more with people within and outside of their congregations, Kaiser said.

“I’d like to see more available to help others and listen,” she said. “Overall, we do pretty good, but we should do more.

“We don’t associate enough with other churches,” she said. “I’d like to see more interfaith activities. We all believe in the same God. We just have a few different ideas.”

“We all have to work at it together, and the pope can set a precedent,” Kaiser said.

Eduardo Ramirez of La Crosse, who grew up in poverty in his native El Salvador, says he expects Pope Francis to heighten the Catholic Church’s work for the poor.

Ramirez, 34, said he rejoiced when cardinals elected Cardinal Jorge Bergoglio as pope because of his track record in helping the poor in Argentina.

“I feel with the previous pope (Benedict XVI), there was something missing. He was very smart and very intellectual, but he didn’t connect with the poor people,” he said.

“The bottom line of the church is to help the poor. That was lost for awhile,” Ramirez said.

“In Latin America, where I come from, 60 to 70 percent of the people live in poverty,” Ramirez said. “I was able to break the cycle of poverty through education.”

Raised by a single mother, Ramirez said he received a good elementary and high school education with scholarships to Catholic schools in his homeland. Now an accounts manager at Inland Label in

He also lauded the pope’s concern for the environment, saying, “He lives a sustainable lifestyle, riding the trains instead of fancy cars.”

But he faces major issues at the outset, Ramirez said.

“Right away, he’s going to be under a lot of pressure with the priest abuse over the years, to solve that,” he said.

Abuse wasn’t an issue when he was growing up in El Salvador, he said, adding, “I was truly shocked when I heard of those things in the U.S.”

The new pope raises people’s expectations, but they may need to be patient, he said.

On one hand, Ramirez said, “It’s time for the Cath-olic Church to make major changes, allow priests to marry and women to become priests.”

On the other, “He’s not going to change the church overnight. Everybody thinks he will make major changes, but it may not happen during his period.”

Churches seek relevance as many Americans turn away from organized religion

When he looked out over his congregation on Easter, the Rev. Jason Stanton, like pastors across the country, saw a lot of faces — about twice …