These headlines are in the news this morning: A Mexico City metro overpass collapsed, killing at least 23 and injuring 70; the FDA is expected to approve Pfizer's vaccine for teens within a week; and severe weather in the South kills two.

Read on for these stories, other top headlines, celebrity birthdays and more.

MEXICO CITY (AP) — An elevated section of the Mexico City metro collapsed and sent a subway car plunging toward a busy boulevard late Monday, killing at least 23 people and injuring about 70, city officials said. Rescuers searched a car left dangling from the overpass for hours for anyone who might be trapped.

Those efforts were suspended early Tuesday, however, because of safety concerns for those working near the precariously dangling car. A crane was brought in to help shore it up.

“We don’t know if they are alive,” Mayor Claudia Sheinbaum said of the people possibly trapped inside the car following one of the deadliest accidents in the city’s subway system, which is among the busiest in the world.  Read more:

FDA expected to OK Pfizer vaccine for teens within week

WASHINGTON (AP) — The U.S. Food and Drug Administration is expected to authorize Pfizer's COVID-19 vaccine for youngsters ages 12 to 15 by next week, according to a federal official and a person familiar with the process, setting up shots for many before the beginning of the next school year.

The announcement is set to come a month after the company found that its shot, which is already authorized for those age 16 and older, also provided protection for the younger group.

The federal official, speaking on the condition of anonymity to preview the FDA's action, said the agency was expected to expand its emergency use authorization for Pfizer's two-dose vaccine by early next week, and perhaps even sooner. Read more:

YAZOO CITY, Miss. (AP) — Much of the South is again at risk of severe weather Tuesday, forecasters say, after tornadoes struck parts of the region Sunday night and Monday, causing heavy damage in some parts of Mississippi.

Large parts of Louisiana, Mississippi, Alabama and Tennessee, as well as corners of Arkansas and Georgia are at enhanced risk for the worst weather, according to the national Storm Prediction Center. That zone is home to more than 11 million people and includes the cities of Nashville, Tennessee; Birmingham, Alabama; Baton Rouge, Louisiana; and Jackson, Mississippi, forecasters said. Read more:

Click on the links below for full versions of these stories and scroll further for a look at today in history and celebrity birthdays.

IMAGE OF THE DAY

Top pics from the weekend: Diving World Cup and more

Today in history: May 4

In 1970, Ohio National Guardsmen opened fire during an anti-war protest at Kent State University, and more events that happened on this day in…

Today in sports history: May 4

In 2013, Floyd Mayweather comes back from a year’s absence to win a unanimous 12-round decision over Robert Guerrero in their welterweight tit…

FDA expected to OK Pfizer vaccine for teens within week

WASHINGTON (AP) — The U.S. Food and Drug Administration is expected to authorize Pfizer's COVID-19 vaccine for youngsters ages 12 to 15 by next week, according to a federal official and a person familiar with the process, setting up shots for many before the beginning of the next school year.

BIRMINGHAM, Ala. (AP) — Relentless winds and rain pummeled large swaths of the South on Tuesday, causing tornadoes, sparking a flash flood emergency in Alabama and damaging homes from Texas to Virginia. The storms prompted boat rescues, toppled trees and power lines and raised the threat of flash floods elsewhere in the region. 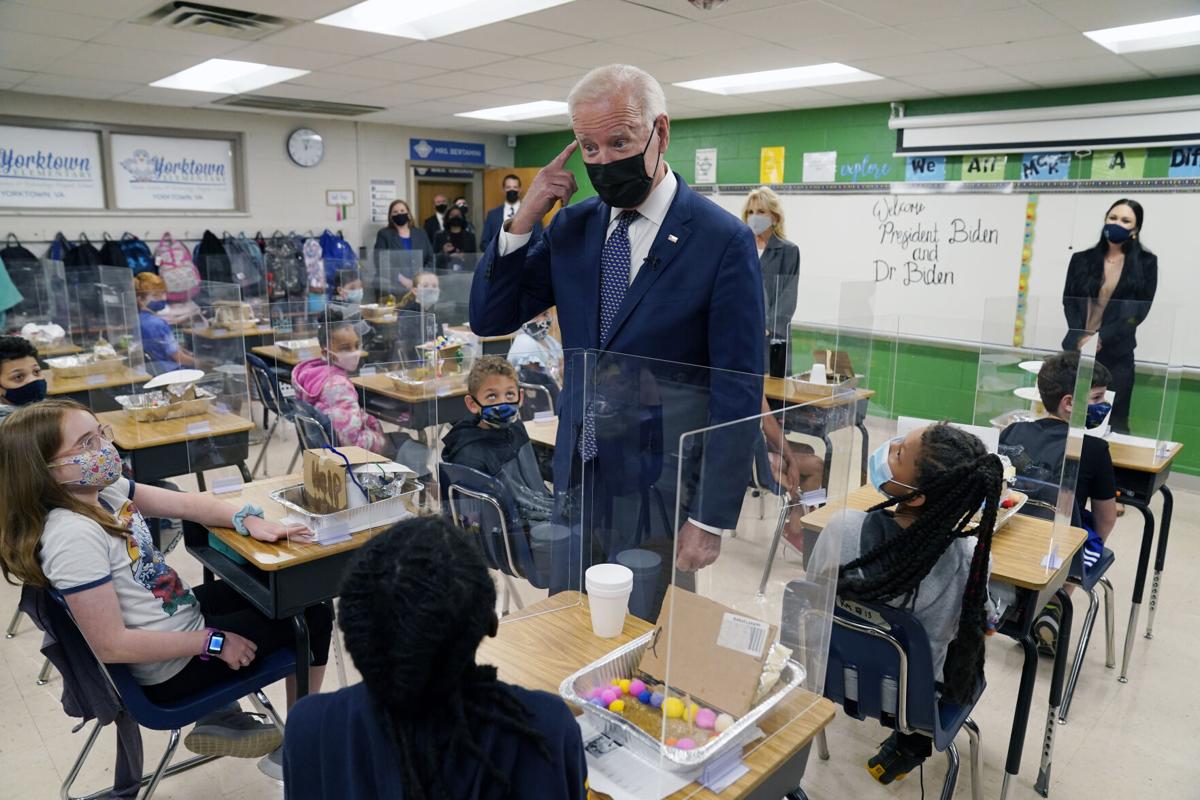 President Joe Biden gestures as he talks to students during a visit to Yorktown Elementary School, Monday, May 3, 2021, in Yorktown, Va., as first lady Jill Biden looks on. 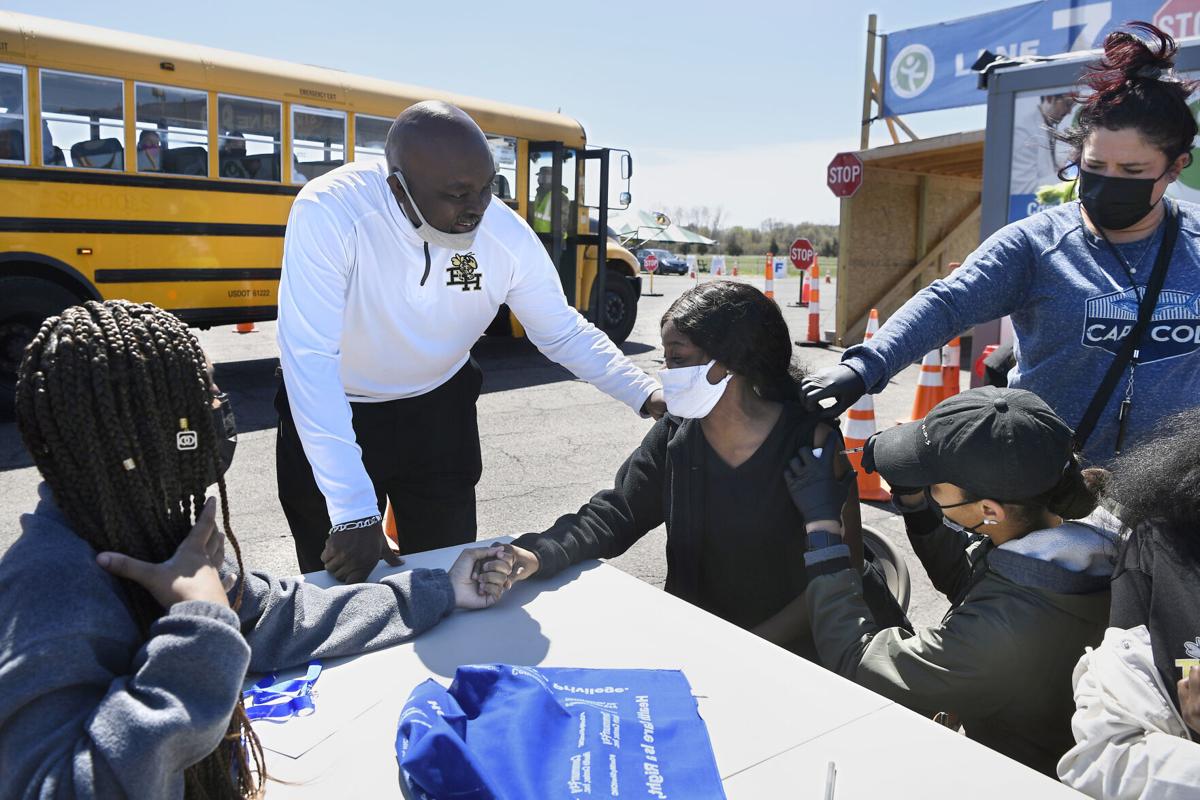 The U.S. Food and Drug Administration is expected to authorize Pfizer’s COVID-19 vaccine for young adults aged 12 and older by next week, setting up shots for many before the beginning of the next school year.

Carol Poore, 70, of Yazoo City, Miss., reacts to finding the sign to the family business, Poore's Nursery, on the ground, Monday, May 3, 2021, the day after severe weather came through the area. 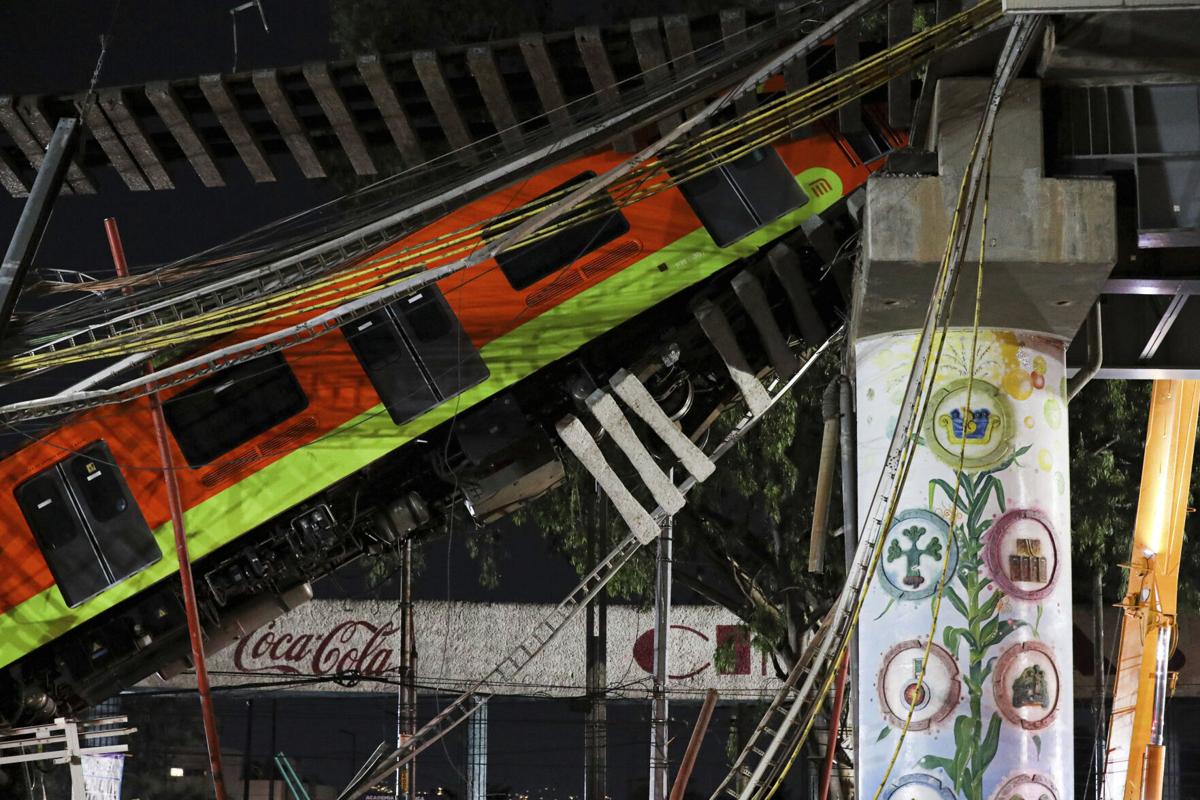 Mexico City's subway cars lay at an angle after a section of Line 12 of the subway collapsed in Mexico City, Tuesday, May 4, 2021.