Here are today's top stories, celebrity birthdays and a look back at this date in history:

The Centers for Disease Control and Prevention on Thursday endorsed booster shots for millions of older or otherwise vulnerable Americans, opening a major new phase in the U.S vaccination drive against COVID-19.

CDC Director Dr. Rochelle Walensky signed off on a series of recommendations from a panel of advisers late Thursday.

The advisers said boosters should be offered to people 65 and older, nursing home residents and those ages 50 to 64 who have risky underlying health problems. The extra dose would be given once they are at least six months past their last Pfizer shot.

However, Walensky decided to make one recommendation that the panel had rejected.

The panel on Thursday voted against saying that people can get a booster if they are ages 18 to 64 years and are health-care workers or have another job that puts them at increased risk of being exposed to the virus.

But Walensky disagreed and put that recommendation back in, noting that such a move aligns with an FDA booster authorization decision earlier this week.

Migrant camp shrinks on US border as more Haitians removed

DEL RIO, Texas (AP) — Haitian migrants waited to learn their fate at a Texas border encampment whose size was dramatically diminished from the almost 15,000 who gathered there just days ago in an effort to seek humanitarian protection in the U.S. but now face expulsion.

Families milled around makeshift shelters held up with giant reeds under a bridge between Del Rio, Texas, and Ciudad Acuña, Mexico, as wind blew dust through the camp littered with plastic bottles and overflowing trash bags. Some migrants sat on plastic paint cans or the ground while others hung clothes to dry on the bamboo-like carrizo cane.

About 3,000 remained late Thursday, the Department of Homeland Security said. The number peaked Saturday as migrants driven by confusion over the Biden administration’s policies and misinformation on social media converged at the border crossing trying to seek asylum.

CORAL GABLES, Fla. (AP) — Bad Bunny is the champion of the Billboard Latin Music Awards, taking home artist of the year honors and a whopping 10 trophies.

Among the awards received Thursday by the urban music superstar were Hot Latin Song of the Year for “Dákiti” and album of the year for “YHLQMDLG.”

The awards were handed out at a ceremony at the Watsco Center in Coral Gables, Florida, that was attended by Latin superstars Marc Anthony, Camila Cabello and more.

Click on the links below for full version of today's top stories. Keep scrolling for a look back at this day in history and today's celebrity birthdays:

The Centers for Disease Control and Prevention on Thursday endorsed booster shots for millions of older or otherwise vulnerable Americans, opening a major new phase in the U.S vaccination drive against COVID-19.

Officials: All migrants are gone from Texas border camp

WASHINGTON (AP) — The White House and congressional Democrats have agreed to a framework of options to pay for their huge, emerging social and environment bill, top Democrats said Thursday. Now they face the daunting task of narrowing the menu to tax possibilities they can pass to fund President Joe Biden’s $3.5 trillion plan.

COLLIERVILLE, Tenn. (AP) — A gunman attacked a grocery store in an upscale Tennessee suburb on Thursday afternoon, killing one person and wounding 12 others before he was found dead of an apparent self-inflicted gunshot wound at the store, authorities said.

WASHINGTON (AP) — A House committee investigating the Jan. 6 insurrection at the U.S. Capitol has issued its first subpoenas, demanding records and testimony from four of former President Donald Trump's close advisers and associates, including those who were in contact with him before the attack or on the day of it.

BILLINGS, Mont. (AP) — The boyfriend of Gabby Petito, whose body was found at a national park in Wyoming after a cross-country trip with him, has been charged with unauthorized use of a debit card as searchers continued looking for him Thursday in Florida swampland.

A former Louisiana State Police trooper has been charged with a civil rights violation for pummeling a Black motorist 18 times with a flashlight — the first criminal case to emerge from federal investigations into troopers' beatings of at least three Black men.

CORAL GABLES, Fla. (AP) — Bad Bunny is the champion of the Billboard Latin Music Awards, taking home artist of the year honors and a whopping 10 trophies.

The Americans prepare for the 'big one' at home Ryder Cup

SHEBOYGAN, Wis. (AP) — The Americans are running out of excuses in the Ryder Cup.

IMAGE OF THE DAY

30 images capturing the realities of daily life in Haiti

In 1960, the USS Enterprise, the first nuclear-powered aircraft carrier, was launched at Newport News, Virginia, and more events that happened…

In 2006, Brett Favre throws his 402nd TD pass, joining Dan Marino as only QBs with 400+. See more sports moments from this date:

The mother told police the 4-year-old was kept in the basement for days at a time and that food was also withheld from the boy, according to the documents.

Millions of retirees on Social Security will get a 5.9% boost in benefits for 2022, the biggest cost-of-living adjustment in 39 years.

Advice shifting on aspirin use for preventing heart attacks

U.S. health advisers said Thursday that some Americans who received Moderna's COVID-19 vaccine should get a half-dose booster to bolster protection against the virus.

""They set out to do it, and they did it," the superintendent said. "It has no place in high school athletics."

It wasn't clear if the determination might lead to additional charges against Brian Laundrie, who is considered a person of interest in her disappearance and remains unaccounted for. 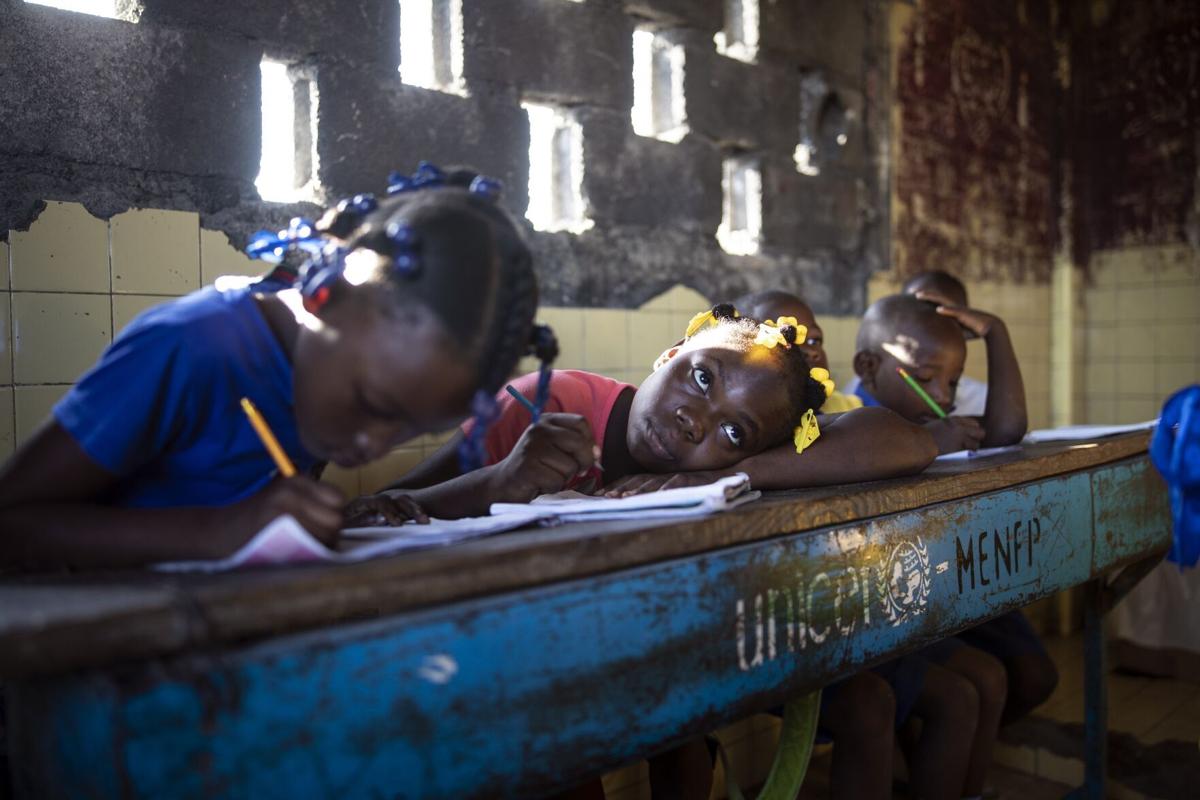 Students write in their notebooks while attending a class at Sante Bernadette school, inside Fort Dimanche, once a prison where late dictator Francois "Papa Doc" Duvalier imprisoned his enemies in Port-au-Prince, Haiti, Thursday, Sept. 23, 2021. This week the school year began in Haiti. (AP Photo/Rodrigo Abd) 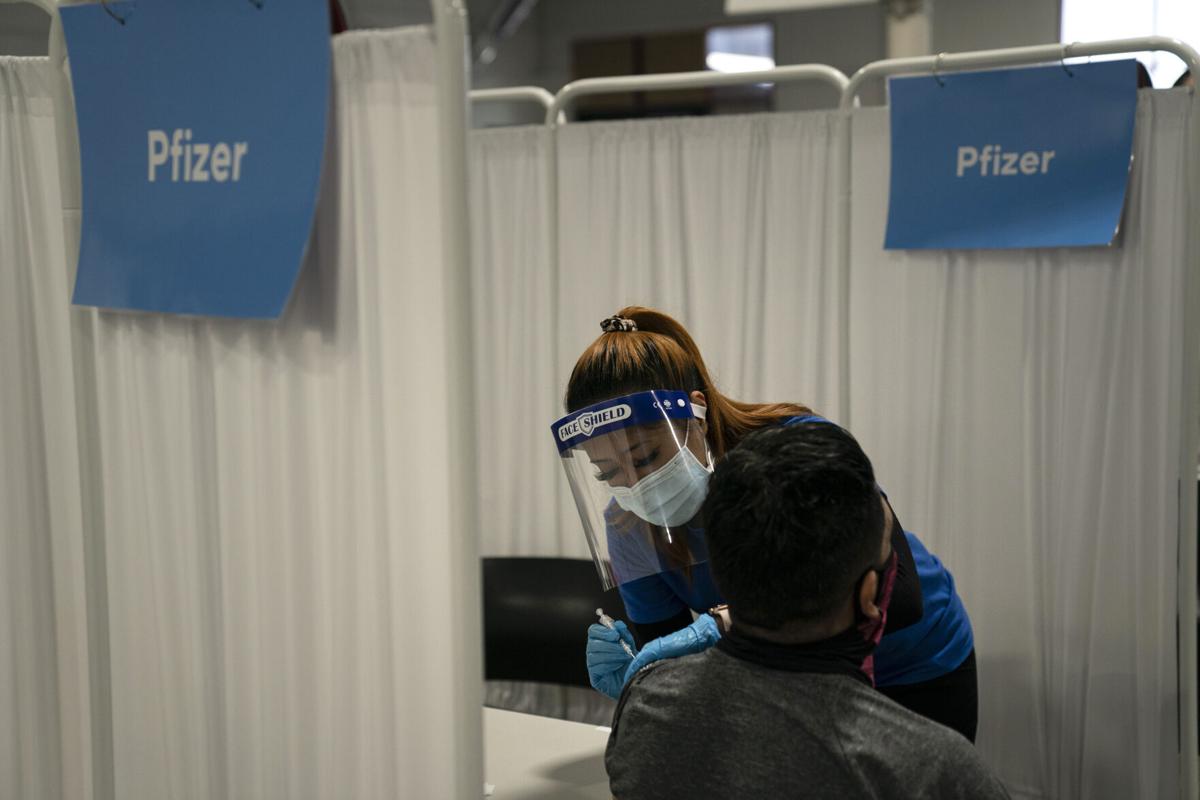 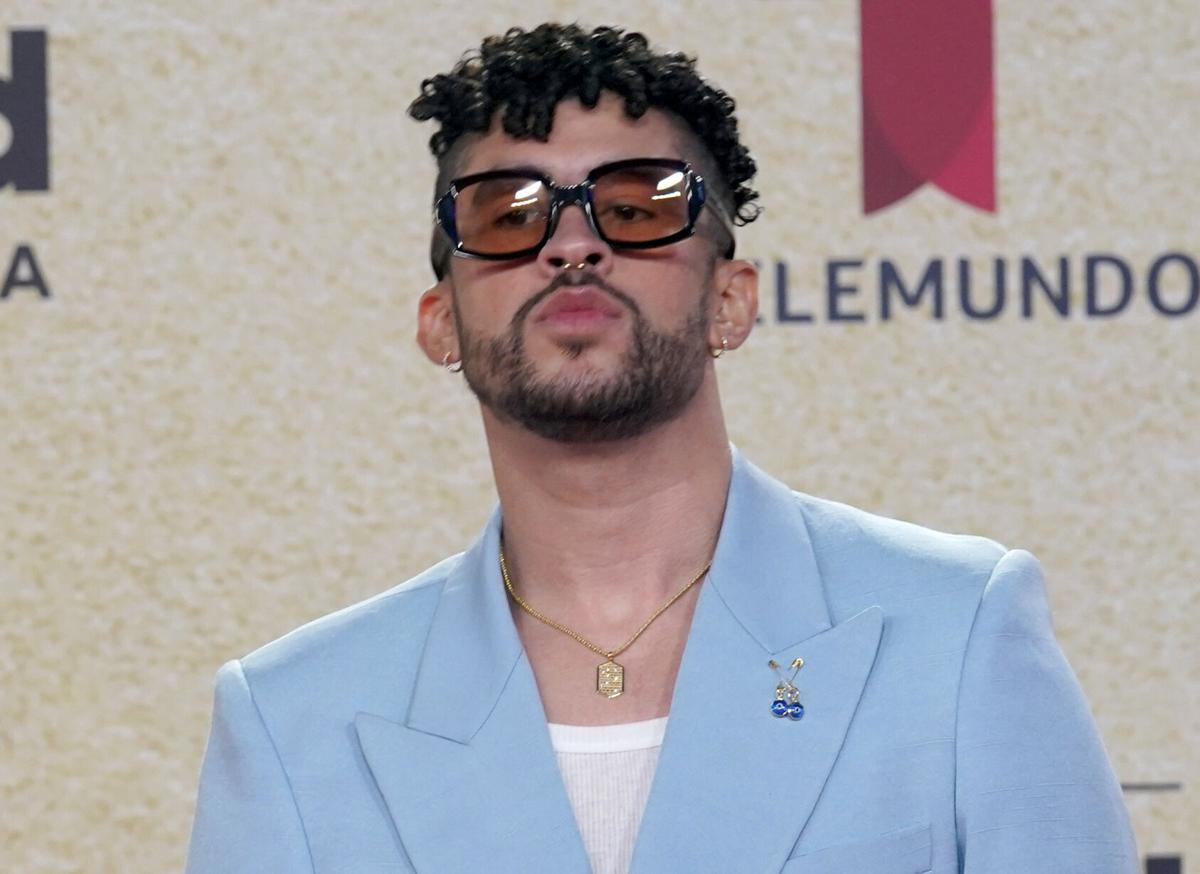 Bad Bunny arrives at the Billboard Latin Music Awards on Thursday, Sept. 23, 2021, at the Watsco Center in Coral Gables, Fla. 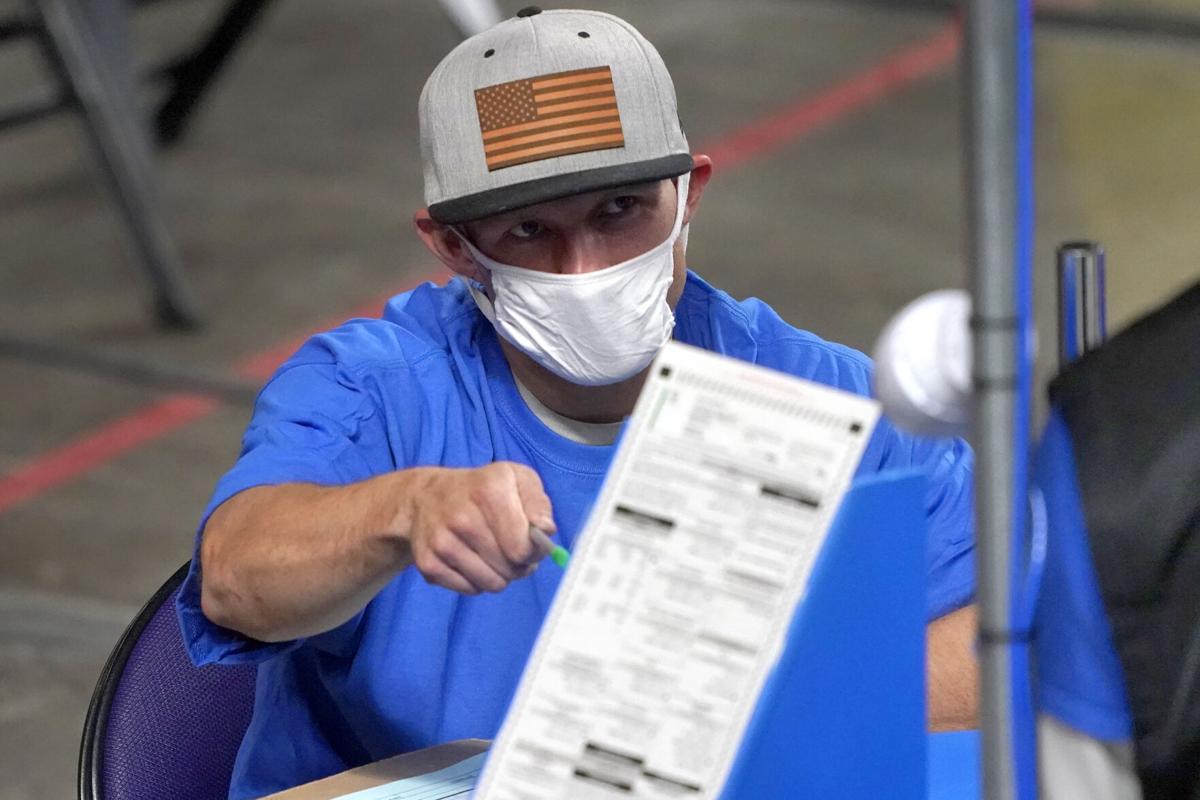 FILE - In this May 6, 2021, file photo, Maricopa County ballots cast in the 2020 general election are examined and recounted by contractors working for Florida-based company, Cyber Ninjas, at Veterans Memorial Coliseum in Phoenix. 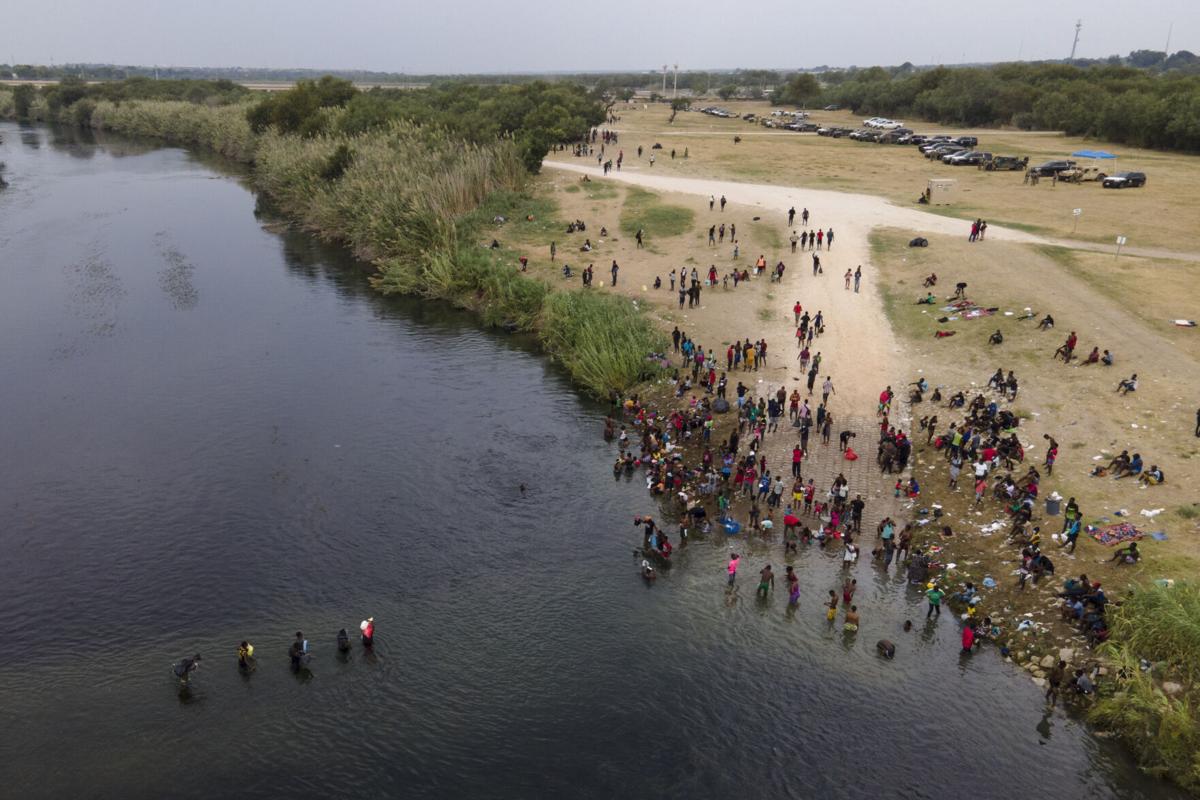