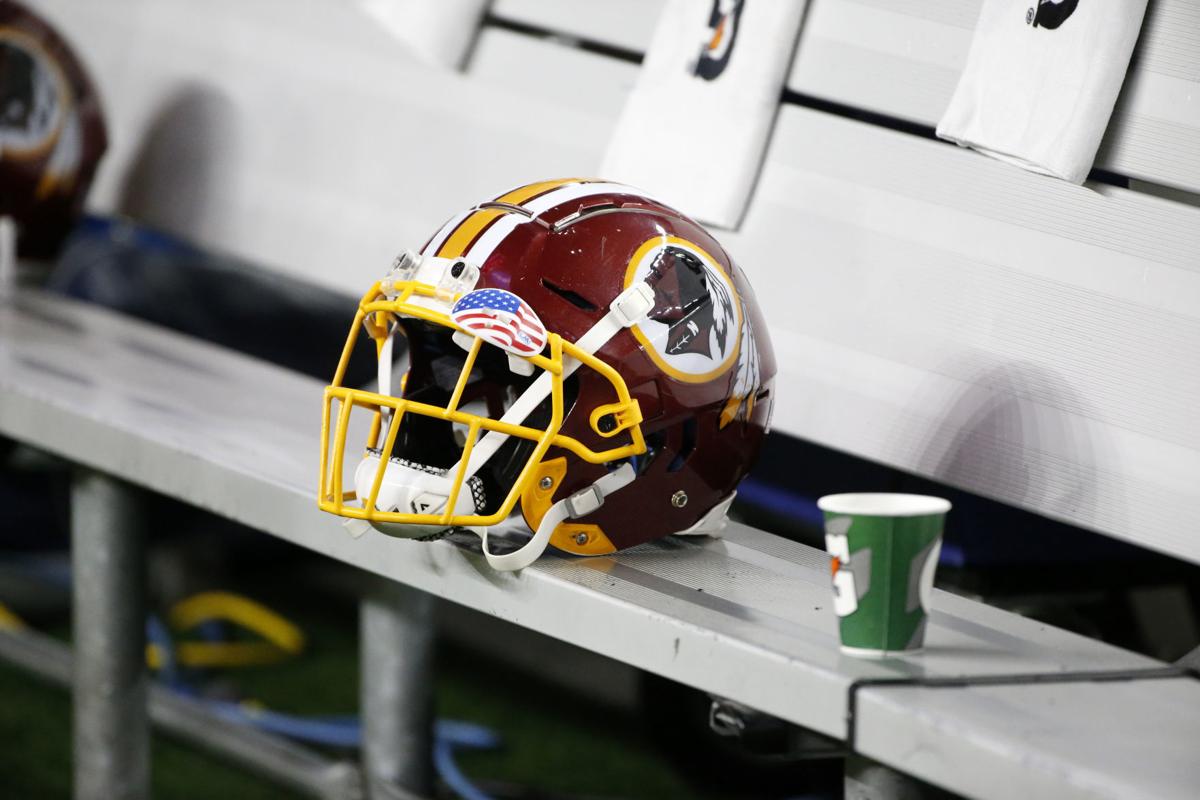 A Washington Redskins helmet sits by a Gatorade cup on the bench before an NFL football game against the Dallas Cowboys on Thursday, Nov. 30, 2017, in Arlington, Texas. (AP Photo/Michael Ainsworth) 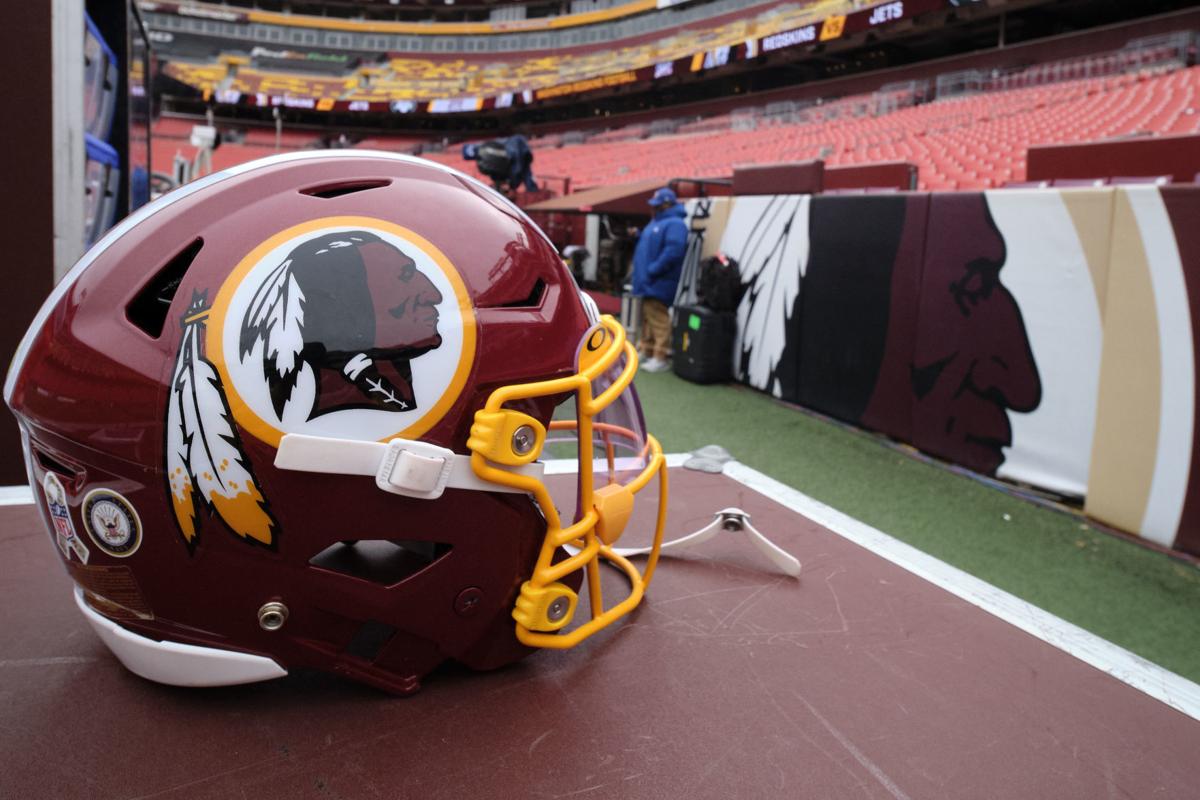 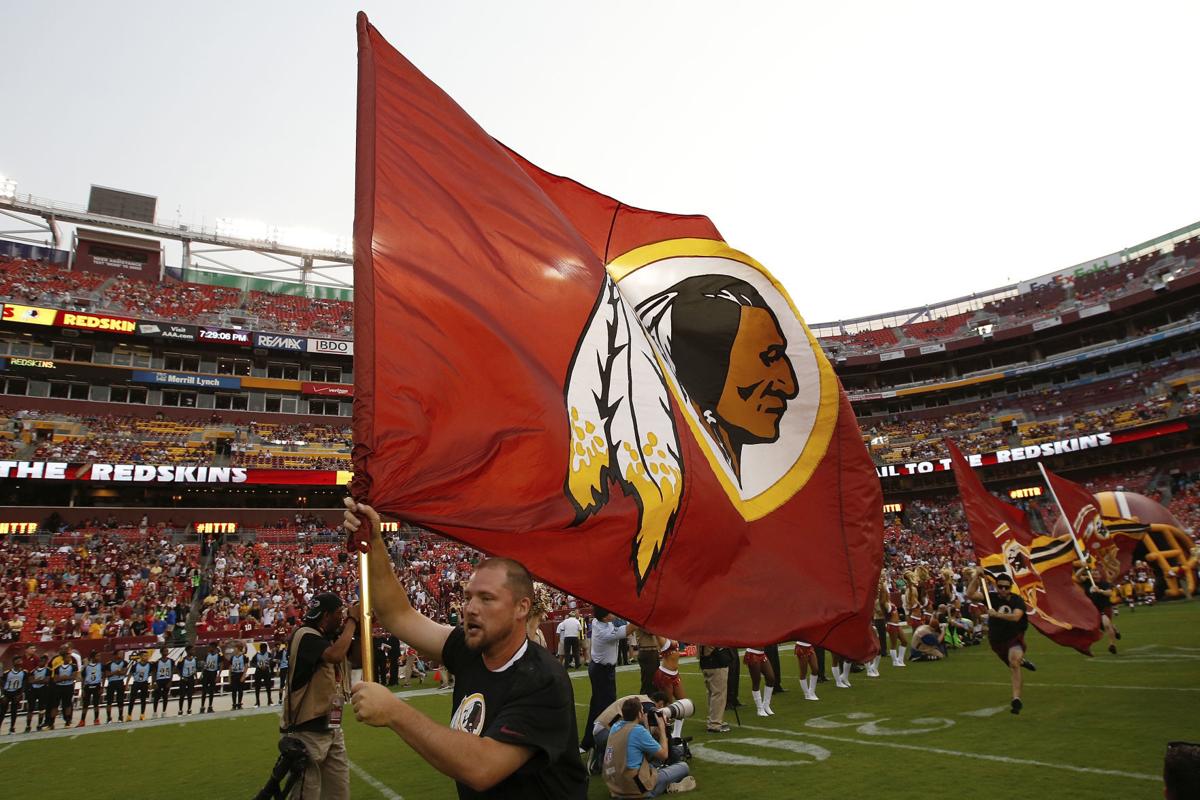 The Washington Redskins flag is carried across the field before the first half of an NFL football preseason game against the New England Patriots in Landover, Md., Thursday, Aug. 7, 2014. (AP Photo/Alex Brandon)

WASHINGTON (AP) — The Washington NFL franchise announced Monday that it will drop the "Redskins" name and Indian head logo immediately, bowing to decades of criticism that they are offensive to Native Americans.

A new name must still be selected for one of the oldest and most storied teams in the National Football League, and it was unclear how soon that will happen. But for now, arguably the most polarizing name in North American professional sports is gone at a time of reckoning over racial injustice, iconography and racism in the U.S.

The move came less than two weeks after owner Dan Snyder, a boyhood fan of the team who once declared he would never get rid of the name, launched a "thorough review" amid pressure from sponsors. FedEx, Nike, Pepsi and Bank of America all lined up against the name, which was given to the franchise in 1933 when the team was still based in Boston.

The team said it is "retiring" the name and logo and that Snyder and coach Ron Rivera are working closely to develop a new name and design.

Native American advocates and experts have long criticized the name they call a "dictionary-defined racial slur." Over a dozen Native leaders and organizations wrote to NFL Commissioner Roger Goodell last week demanding an immediate end to Washington's use of the name. Goodell, who has fielded questions on the topic for years, said he supported the review.

Protests against the name predate Snyder buying the team in 1999, and, until now, he had shown no willingness to consider a change. Strong words from sponsors — including a company run by a minority stakeholder of the team — changed the equation.

FedEx earlier this month became the first sponsor to announce it had asked the organization to change the name, particularly important because CEO Frederick Smith owns part of the team. FedEx also paid $205 million for the long-term naming rights to the team's stadium in Landover, Maryland.

The lease at FedEx Field expires in 2027, and dropping the name keeps open various possibilities in Maryland, Virginia and Washington for the team's new stadium and headquarters. District of Columbia mayor Muriel Bowser has said the name was an "obstacle" to Snyder building on the old RFK Stadium site, which is believed to be his preference.

Washington recently started cutting ties with racist founder George Preston Marshall, removing his name from the Ring of Fame and renaming the lower bowl at FedEx Field for the team's first Black player, late Hall of Famer Bobby Mitchell. Marshall, who renamed the Boston Braves the Redskins in 1933 and moved it to D.C. four years later, was a segregationist and the last NFL owner to integrate their team. The current logo shows the profile of a red-faced Native American with feathers in his hair.

Long removed from the glory days of winning Super Bowl titles in the 1982, 1987 and 1991 seasons under coach Joe Gibbs, Washington has just five playoff appearances in 21 years and no postseason victories since 2005. The team has lacked a nationally marketable player since Robert Griffin III's short-lived stardom, and the 2020 schedule features zero prime-time games for a franchise that used to be a draw.

Re-branding with a new name and logo — and perhaps the same burgundy and gold colors — coupled with turning football operations over to Rivera could be a boon for Snyder on and off the field. Even if a segment of the fan base opposes the change in the name of tradition, winning would more than make up for those losses.

Photos: Washington Redskins through the years

She went missing July 24 and was found in the mountains after search crews spotted her notebook and some clothing along a creek.

A federal appeals court on Friday overturned the death sentence of Dzhokhar Tsarnaev, the man convicted in the 2013 Boston Marathon bombing.

Herman Cain, the former presidential candidate and former CEO of Godfather's Pizza, has died from coronavirus, according to an obituary sent from his verified Twitter account.

The second surge of confirmed cases appears to be leveling off, while the Senate adjourned without a deal to extend unemployment benefits. Get the latest virus developments.

MADISON, Wis. (AP) — The Wisconsin Legislature should act as quickly as this week or next to strike down Gov. Tony Evers' mask mandate, Republican Senate Majority Leader Scott Fitzgerald said on Monday.

Get caught up with the morning's top headlines, the national weather forecast, today's celebrity birthdays and more.

Lord & Taylor, America's oldest retailer, is seeking bankruptcy protection, as is the owner of Men’s Wearhouse and Jos. A. Bank. Get the latest here.

Coronavirus update: Wave of evictions expected as moratoriums end in many states. Get the latest.

Some 23 million people nationwide are at risk of being evicted, according to The Aspen Institute. Get caught up on the morning's virus developments.

Get caught up on the morning's coronavirus developments here.

How to Relieve Your Pet's Separation Anxiety

How to Relieve Your Pet's Separation Anxiety

A Washington Redskins helmet sits by a Gatorade cup on the bench before an NFL football game against the Dallas Cowboys on Thursday, Nov. 30, 2017, in Arlington, Texas. (AP Photo/Michael Ainsworth)

The Washington Redskins flag is carried across the field before the first half of an NFL football preseason game against the New England Patriots in Landover, Md., Thursday, Aug. 7, 2014. (AP Photo/Alex Brandon)