Thunberg, 16, is the youngest individual to be recognized. She gained international attention for excoriating world leaders for their inaction in the climate crisis in a viral speech she made at the UN Climate Action Summit in September. She criticized world leaders again at the COP25 conference last week.

"Thunberg has become the biggest voice on the biggest issue facing the planet — and the avatar of a broader generational shift in our culture that is playing out everywhere from the campuses of Hong Kong to the halls of Congress in Washington," Time editor-in-chief Edward Felsenthal wrote.

Each year, the magazine features the most influential person, group, movement or idea of the previous 12 months. Last year, it was "The Guardians," a group of journalists who have been targeted or assaulted for their work. In 2017, it was "The Silence Breakers," the group of people who came forward to report sexual misconduct. This marks the third year in a row in which Time has named a person who was not a world leader. President Donald Trump was Person of the Year in 2016 and Germany chancellor Angela Merkel was recognized the year before that. Past Persons of the Year include Adolf Hitler, Ayatollah Khomeini and Joseph Stalin.

"We describe it as the person who influenced the years' events most, for better or for worse. But I really think of it as Time is about the people and ideas that shape the world and Person of the Year is about the people who shaped the year," Felsenthal told CNN Business in an interview this week.

On Wednesday, Felsenthal unveiled the Person of the Year on the "Today" show, where he shared more about Thunberg's rise from seemingly nowhere.

"She was a solo protestor with a hand-painted sign 14 months ago. She's now led millions of people around the world, 150 countries, to act on behalf of the planet," Felsenthal said.

The shortlist this year included Donald Trump, Nancy Pelosi, The Whistleblower and the Hong Kong protestors.

Time also announced winners of four new categories. Athlete of the year is the US women's soccer team, entertainer of the year is Lizzo and business person of the year is Disney CEO Bob Iger. After recognizing "The Guardians" last year, Time created a new category to recognize a different group of "Guardians" — those who took to the stand and risked their careers in the defense of the rule of law. The public servants in this category include the whistleblower, Marie Yovanovitch, Ambassador William Taylor, Fiona Hill, Lieut. Colonel Alexander Vindman and Mark Sandy.

Time chose to select category winners instead of recognizing runner-ups in part because the magazine is now independently owned and no longer a part of a conglomerate, Felsenthal told CNN Business. Salesforce CEO Marc Benioff and his wife Lynne Benioff bought Time Magazine from Meredith Corp last year.

"All the titles at Time Inc. began out of Time and then we were part of a company. That was great, but now being on our own, in this moment, where we can reclaim that heritage. These are all areas we cover, always have covered, but within Time Inc., there were some restrictions on what we could do so we're excited about it," Felsenthal said.

A look at Thunberg's year, in photos:

With the help of new technology, it was learned that two Amish families' children who died suddenly all had inherited the same genetic mutation.

Owen Colley says he is making clay koalas to raise money for Australian wildfire relief because "helping animals is better than watching TV."

Beware of falling iguanas! It's so cold in Florida they could fall out of trees

"Don't be surprised if you see iguanas falling from the trees tonight," tweeted the Miami National Weather Service office.

Firefighter Springsteen reported to swear in. Then his dad and mom showed up.

Bruce Springsteen's son was sworn in this week as a firefighter with the Jersey City Fire Department: "We're very proud," said The Boss.

President Donald Trump's legal team issued a fiery response ahead of opening arguments in his impeachment trial while House Democrats laid out their case.

Radio traffic between pilot and tower indicated engine problems as the flight turned back to land. But most pilots don't dump fuel unless a dire emergency requires it, experts said.

WASHINGTON (AP) — One by one, House Speaker Nancy Pelosi picked up pens lined up beside her and used them to sign a bit of her name on the impeachment articles against President Donald Trump. Then she handed each signing pen to the assembled chairmen and House managers who will prosecute the case in the Senate.

Groom accused of sexual assault at reception gets probation

DOYLESTOWN, Pa. (AP) — A man accused of sexually assaulting a teenage waitress at his wedding reception has been sentenced to probation.

Rep. Ron Kind knocks president for failing to consult with Congress before airstrike

Rep. Ron Kind accused President Donald Trump of sidestepping Congress and having no clear strategy for handling Iran, a day after the presiden… 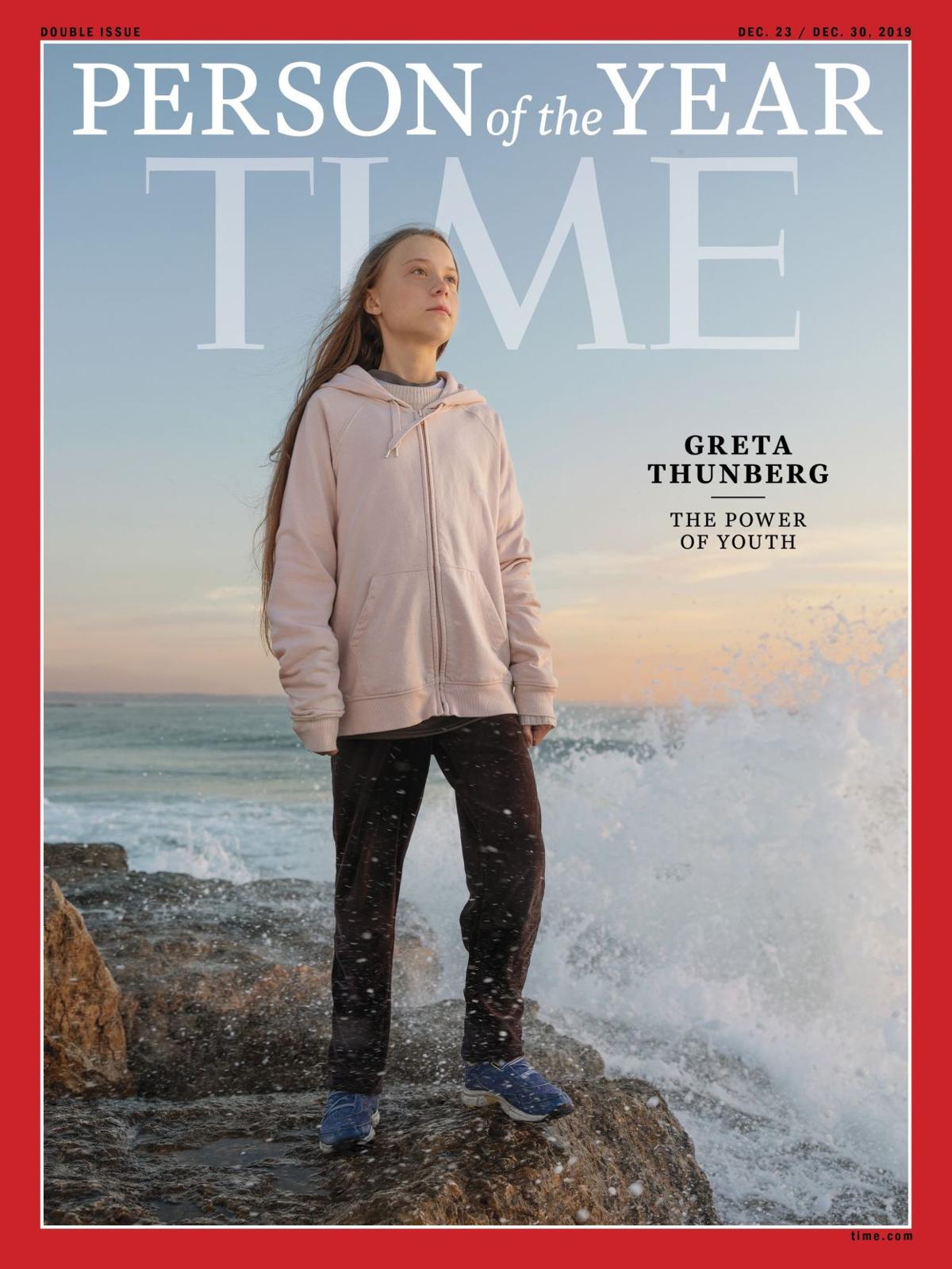 Time magazine has chosen Greta Thunberg, a Swedish climate crisis activist, as person of the year. 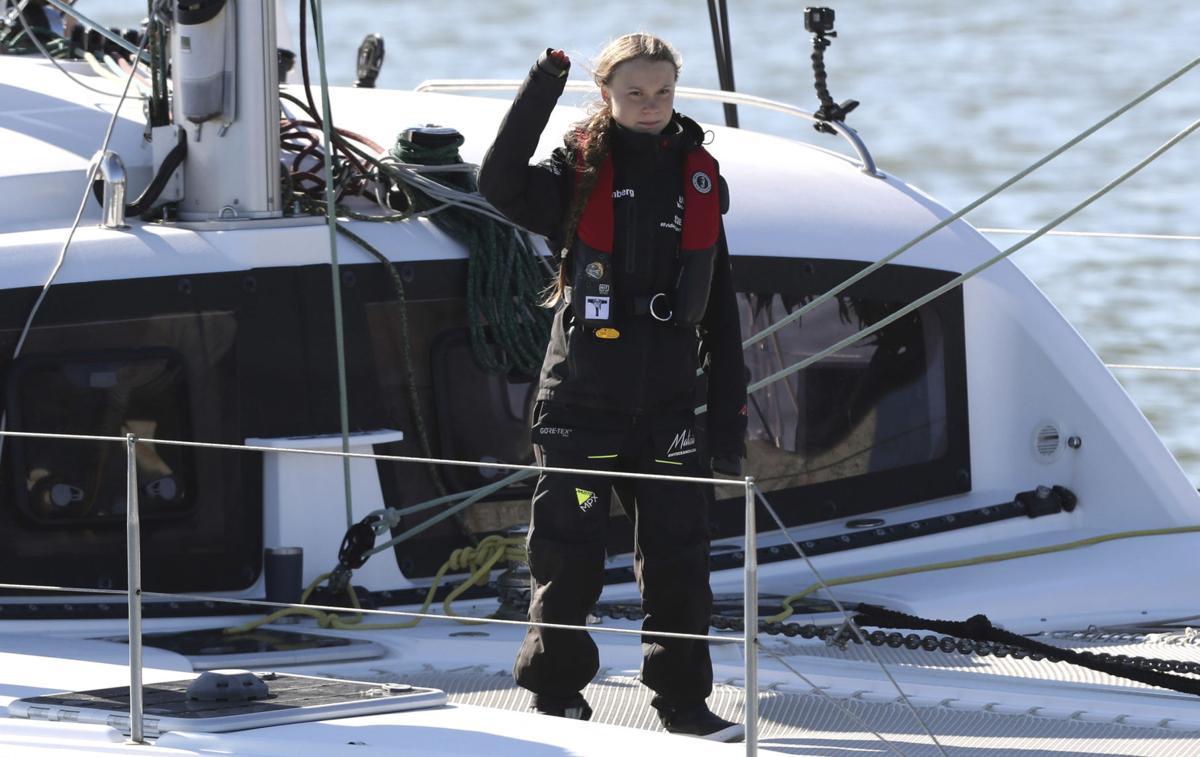 Climate activist Greta Thunberg waves as she arrives in Lisbon aboard the sailboat La Vagabonde Tuesday, Dec 3, 2019. Thunberg has arrived by catamaran in the port of Lisbon after a three-week voyage across the Atlantic Ocean from the United States. The Swedish teen sailed to the Portuguese capital before heading to neighboring Spain to attend the U.N. Climate Change Conference taking place in Madrid. (AP Photo/Pedro Rocha)