Three Madison Police Department officers have been arrested for off-duty incidents within the past two weeks, a spokesperson said Thursday.

Cary House, a Madison officer who was suspended without pay for 30 days in 2013 for discharging a firearm while intoxicated, was charged Nov. 8 in Columbia County for allegedly choking his wife in their home. House, 42, faces charges of battery, disorderly conduct and strangulation and suffocation, a felony, stemming from domestic abuse, according to court records.

A second Madison officer, Keith Brown, was arrested on Nov. 9 by the Dane County Sheriff’s Office, but authorities have not said for what.

The Dane County Sheriff’s Office did not respond to a request for comment on Brown’s arrest.

The Madison Police Department declined to release the names of the officers, citing active investigations by other law enforcement agencies. But the incidents happened while the officers were off-duty and all three are on leave, said police spokesperson Hunter Lisko.

A third officer has not been independently identified. The Columbia County Sheriff’s Office arrested the officer, Lisko said.

According to the criminal complaint against House:

His wife, who is not named in the complaint, told police that House had been drinking all day Nov. 7 at their home in the town of Marcellon and had come into a bedroom and started yelling at and then choking her as she lay in bed with her 4-year-old daughter.

She fought back to free herself as the child was “frantic and crying.”

House later admitted to drinking a 12-pack that day and said he and his wife had a physical altercation in the bed.

In 2013, a Madison police internal investigation found that House had drunkenly shot his gun during a get-together at his residence, violating department policies involving firearms safety, unlawful conduct and the care and use of city-owned property.

According to the Madison Police Department’s code of conduct, officers “shall not engage in conduct which would constitute a violation of criminal law.”

On Saturday, 48 Hours, the CBS newsmagazine, introduced a national audience to the shocking case of Chandler Halderson, the 23-year-old Windsor man convicted of killing his parents, Bart and Krista Halderson, and dismembering and attempting to burn their bodies in the family fireplace before disposing of their remains across two counties. Read the Wisconsin State Journal's original reporting on the case from 2021 and earlier this year.

A village of Windsor couple has been missing since July 1 and the Dane County Sheriff’s Office is seeking public help in finding them.

"We definitely have some suspicions as to what actually happened" to Bart and Krista Halderson, Sheriff's Office spokesperson Elise Schaffer said Thursday night.

Barrett said the remains were found in rural Dane County, but declined to say where. The couple's son is in custody.

Chandler Halderson initially said his parents traveled to their cabin in Langlade County for the holiday weekend.

Chandler Halderson charged in the murder of his father; more human remains found

More human remains were found Wednesday in rural northwestern Dane County in the investigation into the murder of Bart Halderson and the disappearance of Krista Halderson.

Chandler Halderson, 23, is charged in the murder of his father, Bart. His mother, Krista, remains missing.

The pond behind the Halderson home was to be drained to about 5 feet from its current 12.

Additional charges against Chandler Halderson are expected now that his mother, Krista Halderson, is confirmed dead.

Chandler Halderson remains in the Dane County Jail on $1 million bond. He is next in court on Sept. 1.

Accused of killing and dismembering his parents, Chandler Halderson goes to trial

The 23-year-old Dane County man is charged with killing his parents, Bart and Krista Halderson, over the Fourth of July weekend.

"A lot of cases begin with a murder. This one is just a small piece of the puzzle," the prosecutor told the 18-member jury.

Halderson's former girlfriend believed he was working and going to school and nicknamed him "hubby." Prosecutors say Halderson was living a lie.

Jurors heard the 23-year-old Windsor man haltingly explain to detectives where he'd been and what he'd been doing from June 30 to July 8.

Ammunition and a bloody ax were also among dozens of pieces of evidence unveiled Monday.

Chandler Halderson found guilty in the murder of his parents

The jury deliberated just over two hours before finding Chandler Halderson guilty on all eight charges in last summer's killing of Bart and Krista Halderson.

"The criminal justice system does not serve at the pleasure of convicted murderers," Deputy District Attorney William Brown said in a letter.

Judge John Hyland cited a 1997 state Supreme Court decision in requiring Halderson to be at his sentencing.

Windsor man who killed, dismembered his parents is sentenced to life without parole

"If Chandler could do this to his own family, just imagine what he could do to someone he did not love," a friend to the victims wrote. 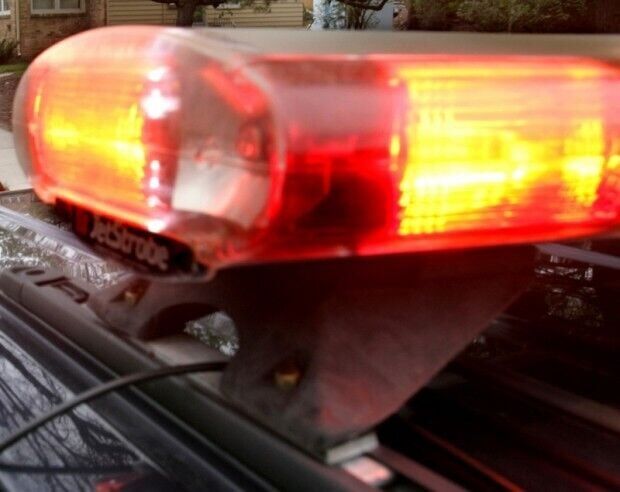 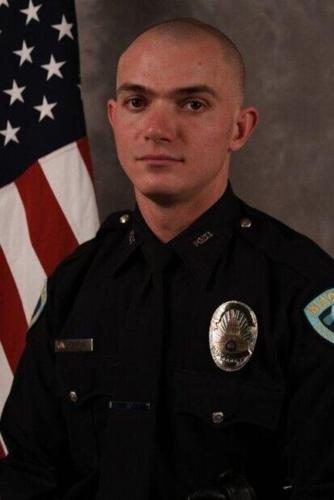