CHAMPAIGN — A Central Illinois police officer died Wednesday after being shot by a suspect in a domestic disturbance who also was killed in an exchange of gunfire that left a second officer wounded, a police chief said.

He said Oberheim, who had joined the department in September 2008, was struck by gunfire early Wednesday while responding to a domestic disturbance. “His only intention was to serve, protect and help provide care before he was senselessly fired upon and killed."

“A true professional and devoted public servant, Officer Oberheim is remembered for his heroism, bravery, and the oath of office he honorably upheld in his commitment to duty," Cobb said in his statement.

The suspect who opened fire on Oberheim and another officer was killed in the exchange of gunfire about 3:20 a.m. at an apartment complex on Champaign’s north side. The second officer was wounded and reported in stable condition.

This is a developing story that will be updated.

CHAMPAIGN — A suspect in a domestic disturbance was fatally shot and police officers were wounded, one critically, in an exchange of gunfire early Wednesday, police said.

Champaign police said in a statement that two officers who were called to the scene of a domestic disturbance on the city's north side about 3:20 a.m. encountered an armed person after exiting their police cars and an exchange of gunfire followed.

The suspect was pronounced dead at the scene, while both officers sustained gunshot wounds and were taken to a hospital. One officer was in critical condition and the other was stable, police said.

Champaign police did not immediately release additional details on the shooting, which happened in the 2400 block of North Neil Street.

A message seeking additional information, including whether the officers' body cameras captured the shooting, was left for police by The Associated Press.

The (Champaign) News-Gazette reported that the shooting occurred at an apartment complex and it came days after Champaign Police Chief Anthony Cobb said he feared a shooting involving police could happen as the city deals with escalating gun violence.

There have been about 85 reports of shots fired, and many injuries, in Champaign so far this year, the newspaper reported.

Champaign police said Illinois State Police will lead the investigation into the shooting, with assistance from Urbana police, the Champaign County Sheriff’s Office and the University of Illinois Police Department.

The Champaign Police Department’s officers were equipped with body cameras in 2017, and those cameras are activated when an officer responds to service calls or is engaged in any law enforcement-related encounter, according to information posted on the department’s website.

From Herald & Review media partner WCIA: Law enforcement is outside Carle Hospital in Urbana after a Champaign police officer was shot and…

Watch Now: What does Lake Mead’s drought mean for the West? 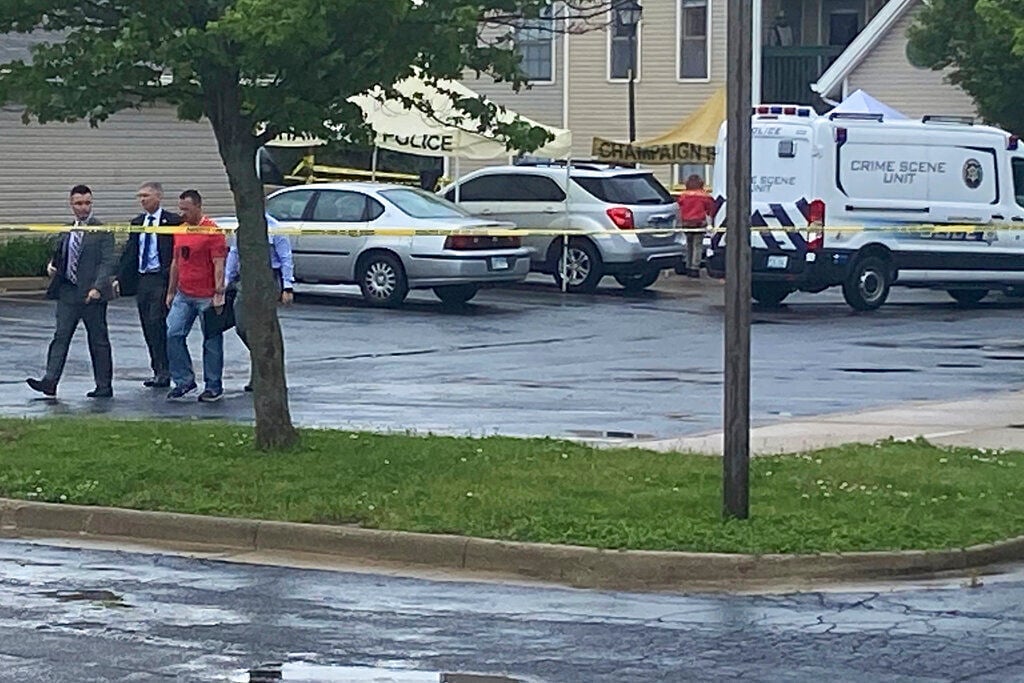 Police investigators work at the scene of a shooting in Champaign on Wednesday. 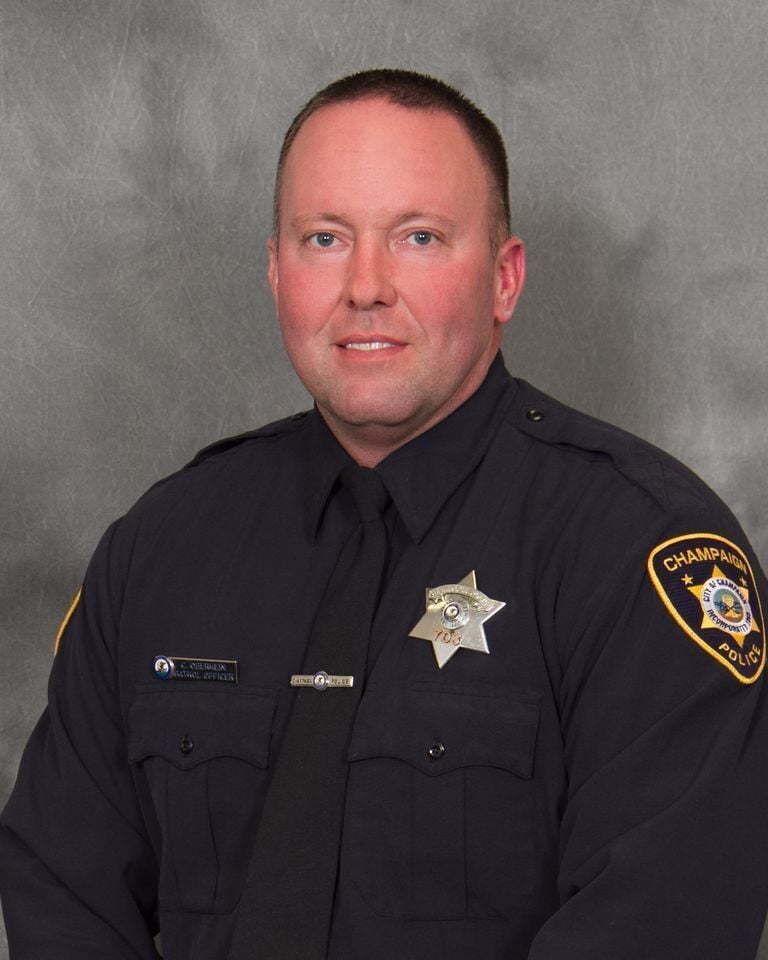