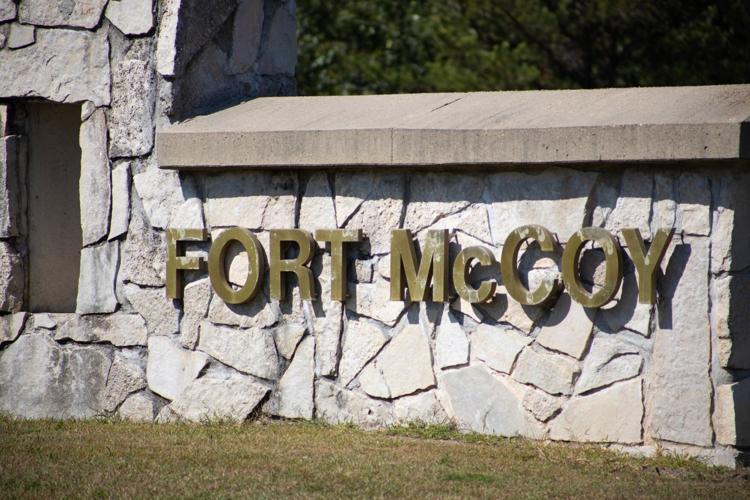 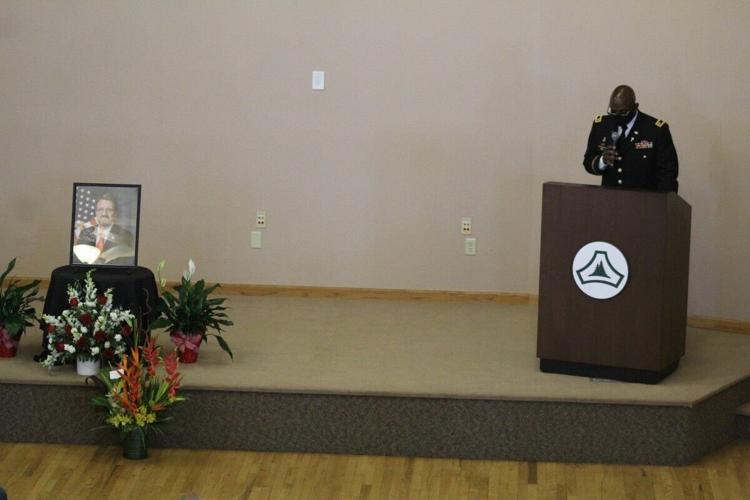 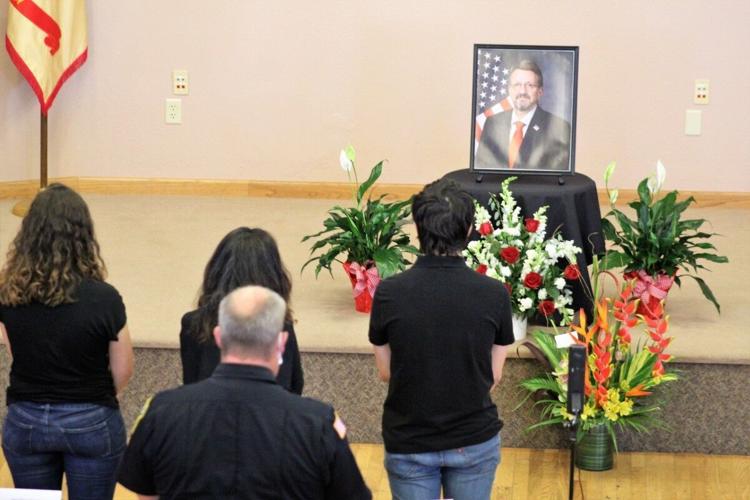 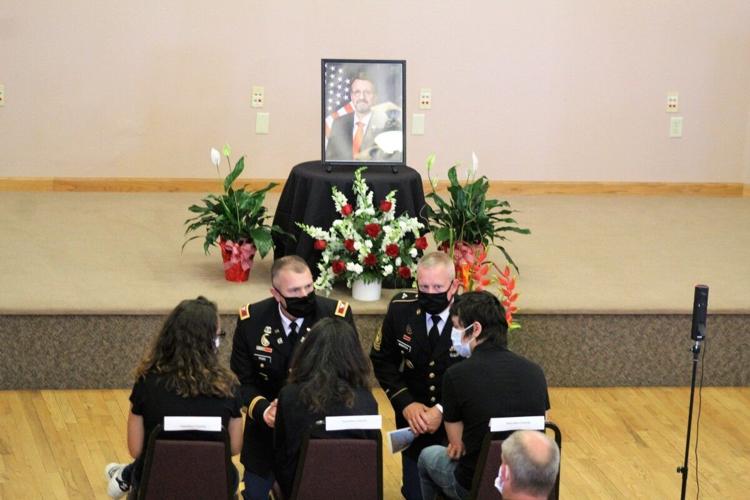 Officials at Fort McCoy hired a former police chief despite a history of bad behavior that had been investigated by the U.S. Army, which found he sexually harassed a subordinate and two other women while he was the acting police chief of an Army base in Alaska.

Ryan Cunningham, one of the top civilian employees at the Army base near Sparta, oversaw a “toxic” workplace environment that may have contributed to the suicide of another high-ranking civilian on the base, though what led to the man’s death was inconclusive, according to an internal Army investigation obtained by the Wisconsin State Journal.

The investigation into Fort McCoy’s civilian-led Directorate of Emergency Services, which includes an on-base police department, fire department and 911 communications system, found Cunningham routinely used slurs in referring to his officers, and uncovered mistreatment that prompted calls for other investigations into claims that Cunningham racially discriminated against officers and made death threats toward some employees.

The investigation found that a “hostile or unprofessional working environment” at the base’s garrison “may have contributed to the suicide of Mr. James Hamilton” but later qualified that by noting, “The cause of Mr. Hamilton’s suicide is inconclusive.”

Hamilton was the base’s former director of emergency services who died in 2020. A garrison on a military base is akin to a local government and oversees the base’s services.

Hamilton’s death, Cunningham’s behavior and tensions between the police chief and Mark Fritsche, a different emergency services director, all created tensions that led to a “toxic and hostile” workplace environment that caused staff to fear retaliation and lose faith in their chain of command, the investigation concluded.

Despite Cunningham’s trail of misconduct at two U.S. military bases, he left Fort McCoy in January 2020 to work as the temporary police chief at a different installation, the Aberdeen Proving Ground in Maryland. He was eventually made its strategic planner, according to his LinkedIn page, although he no longer works there, said Aberdeen spokesperson Quentin Johnson, who declined further comment on personnel matters.

Cunningham’s history raises questions about how sexual harassment and bad behavior within the military’s civilian workforce gets tracked, even as the military grapples with how it handles assault among servicemembers.

“The more pressing issue is the overwhelming evidence that (Cunningham) was a toxic leader and the Army needs to do all it can to stop him from leading,” Hafley concluded.

Tonya Townsell, a spokesperson for Fort McCoy, referred questions about Cunningham’s employment to the Civilian Human Resources Agency, which oversees civilian hiring at the base. Amy Stevens, a division chief with that agency, said she was unable to comment.

Cunningham became police chief of Fort McCoy in September 2016, just months after an investigation at Fort Wainwright in Alaska found he had sexually harassed a female Army sergeant and made unwanted sexual advances toward her and other women while he was the acting police chief, according to an investigation conducted by the base that was obtained by the State Journal.

Cunningham repeatedly grabbed a female Army sergeant who worked as a military police investigator and asked about her underwear when she slept over at his house after a night of drinking with Cunningham, his wife and other friends, the investigation found.

On previous occasions, Cunningham had gone into her office unannounced to tickle her or stare at her breasts.

“This made me uncomfortable and was starting to really piss me off,” she said in statement to investigators at the time. “This behavior needs to stop because I am not the first person that he has done this to and unless it is formally addressed then I believe there will be other victims.”

Other women who worked with Cunningham at Fort Wainwright told investigators he propositioned them for sex and made comments about their bodies or undressing them.

In fact, Cunningham oversaw a police department where there was “inappropriate sexual banter from most of the civilian employees,” one female police officer told investigators.

One of Cunningham’s police lieutenants repeatedly spoke about fetish pornography in the workplace and another “jokingly told both female and male employees to come over and receive their spankings or sit in his lap.”

Cunningham resigned from his position as police chief while the investigation was still ongoing.

“The fact Mr. Cunningham resigned from his position also adds further credibility to the viewpoint he did something wrong,” wrote Stacy Seppi, who led the Fort Wainwright garrison’s investigation into Cunningham.

'What did I lose two legs for?' Wisconsin veterans not ready to move on from Afghanistan

While the investigation substantiated the allegations against Cunningham, a commander recommended he face a “discharge in lieu of disciplinary action.” The commander further ordered counseling at the base’s emergency services and an outside agency assessment.

“Sexual harassment is not tolerated by the Army, and a full investigation was conducted into the complainant’s report of harassment,” Eve Baker, a spokesperson for U.S. Army Garrison Alaska at Fort Wainwright, told the State Journal.

Baker said the probe of Cunningham was a “local-level investigation, and there is not a central government repository for such documents.”

“However, the command would have been in the position to answer questions from future employers, if queried, that the former employee departed Fort Wainwright while under investigation for allegations,” Baker added.

Within months of the Fort Wainwright investigation, Cunningham had taken a job as the police chief of Fort McCoy. The Army’s Civilian Human Resources Agency declined to answer questions about who hired Cunningham.

In August 2020, Fort McCoy held a memorial service for James Hamilton, who had served as director of emergency services and public works during his time at the base.

A 45-year veteran of the federal workforce, Hamilton “passed away unexpectedly,” Fort McCoy said in a press release, which included photos of his service.

Hamilton died by suicide, according to the investigation of his workplace. Although investigators were unable to determine what led Hamilton to take his own life, Hafley recommended that his death receive a “complete, thorough and separate” probe from outside of Fort McCoy, noting Hamilton’s immediate supervisor — who the report does not name — “has the appearance of a conflict of interest” since he has “an allegation of wrongdoing pending, in relation to the actual suicide.”

'You just can't admit that you screwed up,' Judge John Roemer told man who police say later shot him dead

The brigadier general said he declined to interview Cunningham, asking instead that his reported behavior be referred to criminal investigators. Hafley also recommended other investigations into allegations against the former police chief of “racial discrimination against police officers and possible death threats against employees.”

Townsell, Fort McCoy’s spokesperson, said she did not know whether a separate investigation of Hamilton’s suicide or allegations of racism and death threats were conducted. Efforts to reach the Army’s Criminal Investigation Division for comment were unsuccessful.

While Hafley’s investigation offers scant details about Hamilton’s time at the base, it does illustrate what the environment around him was like.

“The evidence shows that tensions exist that would lead to a less than hospitable working environment or lead to employees fearing retaliation for actions in the past and going forward,” Hafley wrote. “There were several witnesses identified who were believed to fear retaliation.”

Hamilton and Cunningham worked together for about six months before Cunningham left Fort McCoy.

Cunningham, who worked under Hamilton, had a record of “insufferable” behavior, from making fun of a person’s ethnicity to using slurs against police officers and the chain of command, the investigation found.

The relationship between Cunningham and Fritsche, a former head of emergency services who took the job again after Hamilton’s death, created further “confusion and chaos” in the workplace.

Fritsche started working at Fort McCoy in 2007 and was promoted to director of emergency services in 2011. Despite Fritsche’s long tenure at the base, he “still feels like an outsider” and felt Cunningham and other civilian officials tried to instigate an investigation of him to harm his career, the investigation noted.

The environment at the base’s emergency services directorate had improved by the time the investigation concluded in early 2021.

There are no ongoing workplace environment issues at emergency services, said Townsell, the base’s spokesperson.

Cunningham’s ability to move on to new posts in the federal workforce despite a history of being investigated echoes past complaints about the Army’s system for tracking sexual assault, harassment and the bad behavior of civilian personnel.

In February 2021, the Government Accountability Office reported to Congress that the Department of Defense “does not know the extent to which its civilian workforce has reported work-related sexual assault worldwide.”

Between 2015 and 2019, 370 civilian DOD employees reported being sexually assaulted, the GAO said. But that data is incomplete because it doesn’t include many types of assaults, including those that happen in the continental United States.

“While DOD has taken considerable steps to address and prevent incidents of sexual harassment and sexual assault as they relate to servicemembers ... such efforts have been limited as they relate to the nearly 900,000 federal civilian employees — a significant portion of its total workforce,” the GAO concluded.

Beyond sexual harassment, government agencies, in particular the military, have a tendency to reassign problematic employees rather than discipline them, said Joanna Friedman, a partner with D.C.-based Federal Practice Group, which specializes in federal employment law.

“I will tell you that the vast majority of time, even if we have a set of really egregious facts or findings of liability, that it’s uncommon for an agency to take corrective action,” Friedman said.

“There are laws in place that are meant to protect federal employees to ensure that they have rights in the workplace,” Friedman said. “It would be fair to say that sometimes those rights end up protecting the wrong people.”

In its recommendations, the GAO said the Department of Defense needs to issue guidance for tracking and defining sexual harassment and assault among its civilian employees.

"While DOD has taken considerable steps to address and prevent incidents of sexual harassment and sexual assault as they relate to servicemembers ... such efforts have been limited as they relate to the nearly 900,000 federal civilian employees — a significant portion of its total workforce."

Government Accountability Office, in a report to Congress in February 2021

Watch now: The fishing and processing of Lake Superior fish

The Hotel Washington, 636 W. Washington Ave., was destroyed by fire on Feb. 18, 1996, taking with it several businesses that were significant … 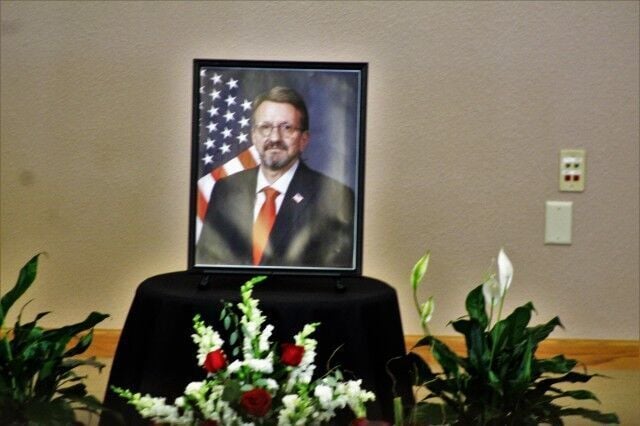 A photo of James Hamilton is displayed during a memorial service held at Fort McCoy on Aug. 14, 2020. An investigation found Hamilton took his own life. 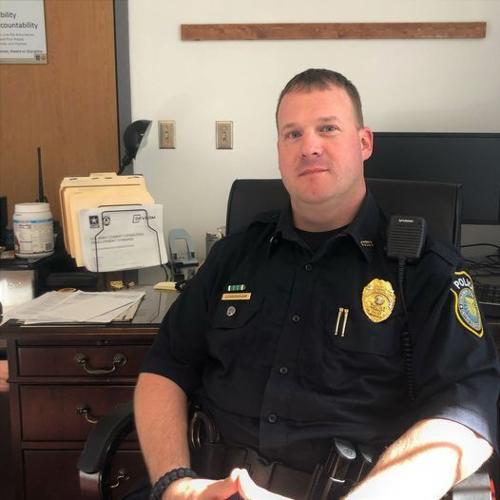