Employers would be required to allow proof of prior COVID-19 infection — known as natural immunity — as an alternative to vaccination and regular testing under a Republican proposal taken up by the state Senate, even though studies show unvaccinated people are more than twice as likely to get reinfected with the virus than vaccinated people.

The bill, which came before a public hearing Tuesday, would almost certainly be vetoed by Democratic Gov. Tony Evers, who has continually clashed with Republicans regarding COVID-19 policies and whose communications director said he did not support the bill.

If passed, the bill may also dampen the federal requirement for tens of millions of workers at medium and large businesses to be fully vaccinated against COVID-19 or submit to weekly tests, which may be blocked by the U.S. Supreme Court as soon as this week.

Similar bills passed last year in Florida and Arkansas, though Arkansas Republican Gov. Asa Hutchinson allowed the bill to become law without signing it because, he said, the natural immunity conversation “has been harmful to our goal of encouraging vaccines.”

The Wisconsin bill has drawn opposition from several Wisconsin medical organizations, including the American Lung Association in Wisconsin, Wisconsin Public Health Association and Wisconsin Medical Society, which all noted vaccination is the best COVID-19 deterrent and cited the lack of evidence on how long natural immunity may protect people from reinfection.

For most of the hearing, Republican lawmakers and bill supporters — including a nutritionist and a nurse from the National Vaccine Information Center, which advocates against vaccine mandates — testified that they consider natural immunity to be at least as effective as being vaccinated. Opponents submitted written testimony but mostly didn’t appear before the committee.

“This bill seeks to give another tool in the toolbox not only for employees who are potentially looking at a significant loss of employment but also employers who are looking to just do the right thing and maintain their workforce,” bill co-author Rep. Cody Horlacher, R-Mukwonago, said at the Senate Labor and Regulatory Reform Committee hearing Tuesday.

Dr. Ajay Sethi, a professor at UW-Madison and director of its Public Health master’s program, told the Wisconsin State Journal in an interview that communicating to the public that natural immunity is a substitute for vaccination will lead to more hospitalization and deaths.

Sethi’s warning comes amid record COVID-19 hospitalization rates in Dane County and data from the state Department of Health Services showing that unvaccinated people are hospitalized at a rate nearly 11 times higher than people who are fully vaccinated.

In a statement released alongside the study, CDC director Dr. Rochelle Walensky encouraged previously infected unvaccinated people to get vaccinated.

“Getting the vaccine is the best way to protect yourself and others around you,” she said.

Another study by Yale University and University of North Carolina at Charlotte researchers suggested natural immunity is short-lived.

“Reinfection can reasonably happen in three months or less,” said Jeffrey Townsend, a professor of biostatistics at the Yale School of Public Health and lead author of the study. “Therefore, those who have been naturally infected should get vaccinated. Previous infection alone can offer very little long-term protection against subsequent infections.”

At the hearing Tuesday, bill co-author Sen. Mary Felzkowski, R-Irma, pointed to an Israeli study that showed breakthrough infections after vaccination were 13 times more likely than reinfections in unvaccinated people.

Bill Hanage, an epidemiologist at the Harvard T.H. Chan School of Public Health who analyzed the study, told the New York Times that the vaccinated group included more people with conditions that would weaken their immune response, so reinfection would be more likely.

Since vaccines came out, COVID-19 vaccine mandate policies and bills have led to repeated clashes between the Evers administration and Republican legislators in Wisconsin, and dozens of court cases nationwide.

Last April, Evers vetoed a GOP-authored bill that would have prohibited public health officials from requiring individuals to get a COVID-19 vaccine.

“Our response to this pandemic should be about following the science and public health experts and working together to save as many lives as we can, not finding ways to make it harder to fight this virus or keep Wisconsinites safe,” Evers said in the veto message.

In October, the Department of Administration began requiring executive branch agency employees to submit for weekly COVID-19 tests if they were not fully vaccinated against COVID-19 or haven’t submitted their vaccination status.

The Republican bill does not stand alone in considering natural immunity as a viable COVID-19 defense.

In early January, U.S. Sen. Ron Johnson, who has not been vaccinated and has had COVID-19, told conservative WISN-AM radio host Vicki McKenna, “Why do we think that we can create something better than God in terms of combating disease? Why do we assume that the body’s natural immune system isn’t the marvel that it really is?”

Johnson’s comments are among a string of false or misleading suggestions about COVID-19, including that mouthwash, ivermectin and hydroxychloroquine are effective treatments for COVID-19.

COVID-19 dominated my year again as the State Journal’s health reporter, except for June and July, when it seemed we might overcome it. Vaccinations and variants were new angles this year. I also covered continuing deaths from the pandemic and challenges for health care workers.

During the summer dip in coronavirus activity, I wrote about a little-known hereditary disorder tied to several cancers, for which Fitchburg-based Promega Corp. has developed related testing.

This fall, I spent much of my time working on a three-day series about newborn screening, focusing on how the testing varies among states. If you were born since the mid-1960s or had a child since then, you’ve almost certainly taken part in this screening, which looks for rare diseases for which prompt treatment can prevent death or disability.

When the doctor is the patient: UW Health cardiologist gets rare heart-kidney transplant

I love transplant stories. Dr. Matt Wolff had quite a backstory to his heart-kidney transplant.

6,200 people have died from COVID-19 in Wisconsin. Here are stories of some we've lost.

In February, I wrote six more vignettes about people who died from COVID-19.

In September, I visited the COVID-19 unit at St. Mary's. These dedicated workers are tired.

No time to lose: Finding rare diseases in infants

I spent much of the fall looking into the unequal practice of newborn screening among states.

Several inches of snow could fall in southwestern Minnesota and western Iowa on Friday, as the “Saskatchewan screamer” now looks to track west of southern Wisconsin, according to forecasters. 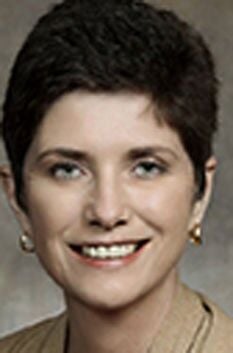 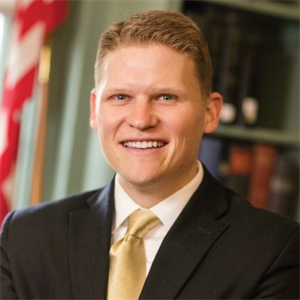