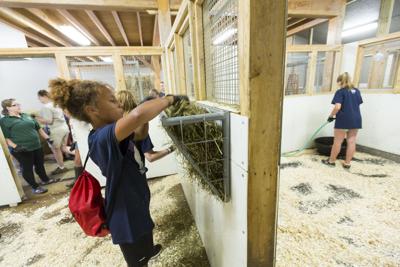 The Dane County Board on Thursday should press forward with an outside investigation of the county zoo, rather than slowing and diluting the board’s efforts at the last minute, as the county executive has requested.

Sup. Patrick Miles, of McFarland, the county’s first board chairman of color, is right to keep the focus on repeated and troubling allegations of racism and mismanagement at the Vilas Zoo on Madison’s Near West Side. Miles and other supervisors hope to pass a resolution tonight to hire a retired and well respected judge to conduct an independent and thorough review of zoo management. Their proposal deserves wide support.

Dane County Executive Joe Parisi resisted calls in recent weeks for such an inquiry. He appears confident in the zoo director he hired a decade ago, Ronda Schwetz, despite a string of damaging controversies under her leadership.

Just two days before the County Board is set to vote tonight, Parisi proposed a more general and expensive assessment of “the progress we have made” on racial climate and culture across county government since 2016, when the county created an Office of Equity and Inclusion (OEI). Parisi has led the county since 2011.

Following the Wisconsin State Journal’s April 17 report “2 Black zookeepers leave amid deaths of animals,” the OEI released the results of its two-week look at the zoo. The OEI confirmed a “predominant theme” of “toxicity” that includes racist and sexist comments, a lack of employees of color and an “us vs. them” dynamic between management and some workers. The OEI also blamed staff for gossiping and slandering colleagues.

Racism, dead penguins and retaliation: Why the Vilas Zoo lost its only Black zookeepers

The county’s internal review was important. But problems at the zoo go back years and beyond disturbing allegations of racism. The public needs reassurance that its beloved Vilas Zoo is run in a professional and effective way for visitors, staff and animals. That’s what a higher-profile and outside investigation of the zoo would provide, as Sups. Jacob Wright of Madison, Dana Pellebon of Fitchburg and Tim Kiefer of Waunakee have wisely proposed.

The only two Black zookeepers at Vilas Zoo resigned on strained terms to take jobs at larger zoos this year. They alleged racism, unfair treatment and retaliation by management. Other workers confirmed a difficult work environment, poor morale and unnecessary harm to animals in the State Journal’s April report.

All of that was on top of Schwetz’s 2018 blunder, when she shared a hotel room at a work conference in Seattle with an employee of the opposite sex under the guise of saving money. The employee accused Schwetz — his boss at the time — of a drunken sexual assault. Schwetz was ordered to complete a drug and alcohol class and to follow court rules for an assault charge to be dismissed.

That’s not a good look for the county zoo.

And before that, the Henry Vilas Zoological Society accused Schwetz of making sexually explicit and demeaning comments to society staff. The society then lost its role in operating services at the zoo. Lots of bad blood still simmers over the society’s breakup with the zoo.

How does Schwetz still have her job?

The County Board’s resolution would help determine if Parisi’s trust in Schwetz is warranted, and whether changes at the zoo are needed. The resolution calls for a retired circuit court judge to serve as an outside investigator. The judge will look into allegations of racism, but also broader questions about animal welfare and how zoo leadership deals with whistleblowers, discipline, union activity and staff morale.

The County Board would spend $50,000 on the investigation, with a report due by Oct. 1.

Parisi tried to trump the board’s resolution Tuesday by proposing a $150,000 review of county government’s racial climate by a “culturally competent organization that is external to county government.” That might make sense in the future, given a Wisconsin Watch report last week raising questions about a “toxic environment” in the Medical Examiner’s Office.

But Parisi appears to be springing his idea to try to stop the County Board from more directly assessing the zoo’s performance.

This isn’t going to be anything like Michael Gableman’s ham-handed and never-ending review of the 2020 presidential election, as Parisi ridiculously suggested Tuesday. Sup. Miles will appoint an esteemed and neutral judge. Gableman was picked by a partisan-driven Republican legislative leader.

The zoo probe should move forward tonight while Parisi’s far less targeted proposal works its way through county committees in the coming months.

Stop bashing the judiciary for doing its job

STATE JOURNAL VIEW: It's fine to disagree with court rulings, but not to intimidate and obstruct

France plans to ration power in case of shortages 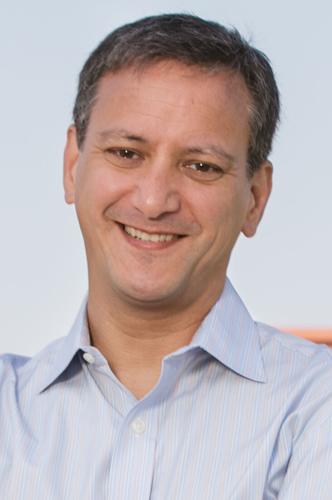 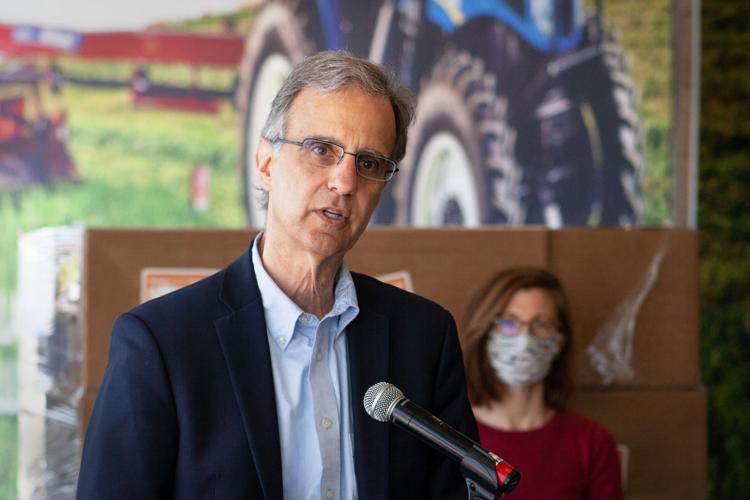