SPARTA — More than 250 cardboard boxes filled with clothing and other donations were stacked in rows inside a warehouse in Sparta Thursday morning. A pile of bags 5 feet high with even more donations lined one of the aisles.

During one of the first looks inside the donation facility at the National Guard Armory, volunteers with Team Rubicon organized the clothing, and U.S. Army personnel loaded the boxes into a large truck that would be driven over to Fort McCoy military base in western Wisconsin.

The items would eventually end up in the hands of the 12,500 Afghan refugees currently staying at the base.

Although Fort McCoy has received “many metric tons” of donations, the base is still seeking clothing donations, and launched a clothing drive Thursday specifically for winter clothes, said Jeff Wagg, planning section chief with Team Rubicon, a disaster response nonprofit that is in charge of the clothing donations. Hats, gloves, coats and heavy jeans are needed.

“The temporary guests have arrived just in time for the approach of colder weather,” Fort McCoy federal coordinator Angie Salazar said during a news conference announcing the drive. “As many of them fled with only the clothes on their backs and very few belongings, there is an immediate need for winter clothing and shoes.”

As of Tuesday, many Afghans at the base still had not been able to get a new set of clothing. A Department of Homeland Security spokesperson said Fort McCoy personnel are distributing clothes “as fast as we can.”

Team Rubicon and the Salvation Army are partnering to collect more clothes, especially winter clothes, from residents across Wisconsin and beyond.

Wagg said Fort McCoy is no longer looking for people to bring items straight to the armory in Sparta, and would prefer residents donate new clothing or gently used, freshly laundered clothes to the Salvation Army. There are four “super locations” in Wisconsin focused on gathering clothing for Fort McCoy:

Monetary donations can be made online or through the mail:

For clothing donations, Wagg said it is best for people to donate new items because they can be processed through the donation facility much faster. He said it takes a long time to sort through used clothing and determine whether it’s in good enough condition to send over to Fort McCoy, even with about a dozen people working from 9 a.m. to 5 p.m. each day at the armory’s processing facility in Sparta.

“People have different ideas of what a good piece of used clothing is. It’s a matter of expediency that we’re asking for new clothing,” Wagg said. “It makes it easier for everyone if the things are new.”

To be culturally sensitive, Wagg said, clothing should also be plain, modest and simple — no V-necks, shoulders covered. Afghans also prefer not to have animals depicted on clothing.

Wagg said the donation facility now has an “over-abundance” of blankets and getting more would actually slow volunteers down. But they still need winter shoes, especially in men’s sizes 7 to 9 and women’s sizes 5 to 7. Children’s shoes are needed in all sizes.

Wagg said Team Rubicon will keep collecting clothes and distributing them “until there’s no more need.”

At least one of the proposals in the 13-bill package, which would allow Wisconsinites to carry a concealed firearm without a license, is almost certainly headed for a veto by Democratic Gov. Tony Evers.

Gender advisors for the Department of Defense are seeking to better handle domestic abuse, childcare emergencies and the upcoming winter for the 13,000 Afghan refugees still housed at the military base.

State property records show that Duffy sold his Wausau home in September, with the former congressman listing New Jersey as his state of residence.

The new agreement, paired with similar reduced requests to the mayors and city clerks in the state's five largest cities, means all subpoenas have been blunted and all interview requests have been canceled for now.

State Sen. André Jacque returns to work after bout with COVID-19 left him on ventilator

Sen. André Jacque, R-De Pere, was hospitalized Aug. 16 with COVID-19 and placed on a ventilator Aug. 23 ,but improved enough that doctors discharged him on Sept. 21 to a rehab facility.

The Clean Energy Plan will be a guide to meeting Gov. Tony Evers' goal of carbon-free electricity generation by 2050 and the state’s commitment to cutting at least half of all greenhouse gas emissions by the end of this decade.

The bill is intended to address ambiguity in state statutes over who is considered a public utility, which has allowed utilities to refuse to connect leased systems to the grid.

The project, announced Wednesday at an event in Sauk City, would create a “recreational, scenic gateway” that would allow users to pedal from the Madison area to Devil’s Lake State Park and beyond. 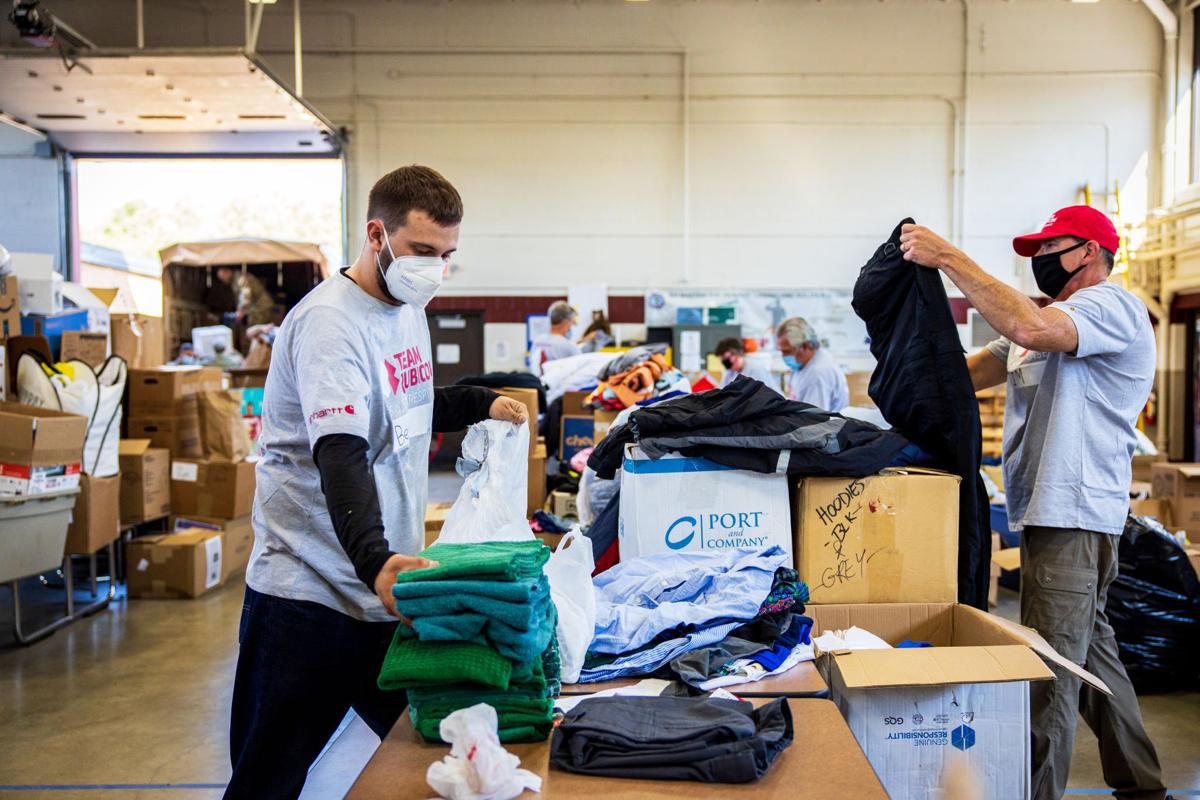 Ben Harris, left, a volunteer with Team Rubicon, sorts through boxes full of donated clothes and other items Thursday at the National Guard Armory in Sparta to determine which donations are suitable for the Afghan refugees staying at Fort McCoy. 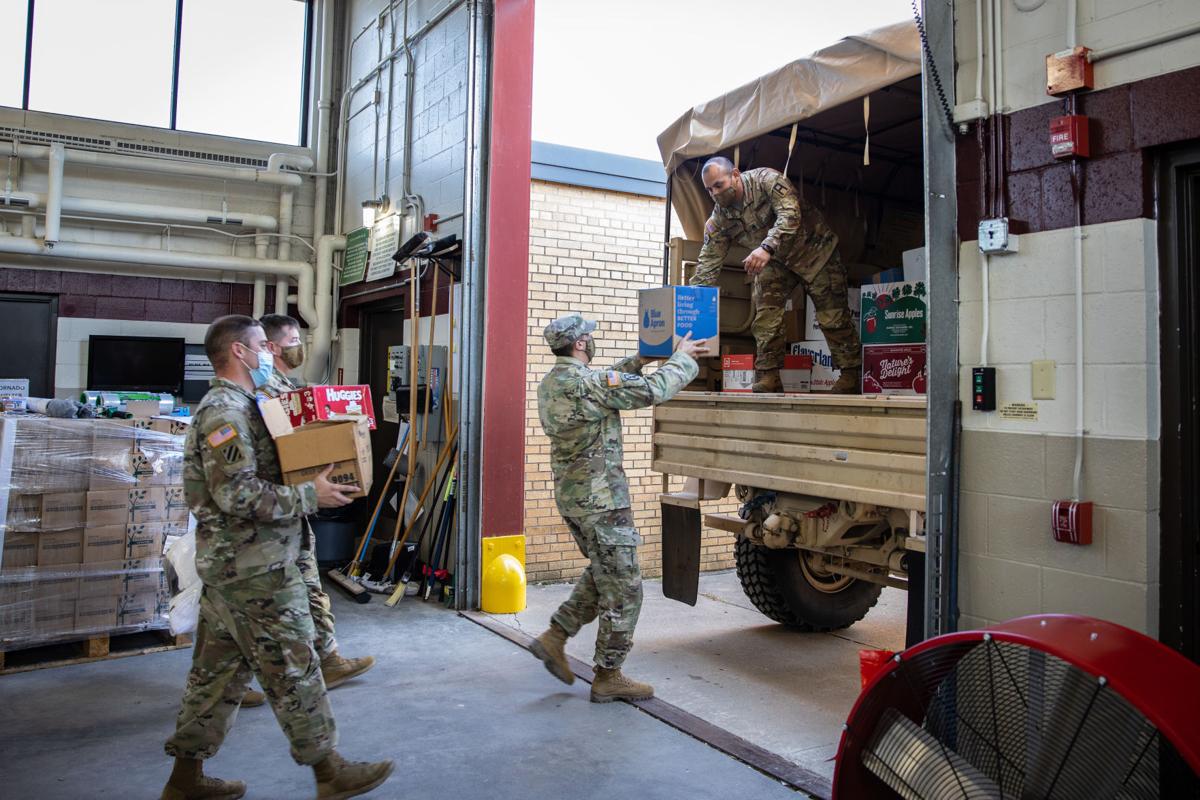 Soldiers load boxes full of donated clothes and other items into a truck Thursday at the National Guard Armory in Sparta. The donations were driven from the warehouse to the 12,500 Afghan refugees staying at Fort McCoy in western Wisconsin. 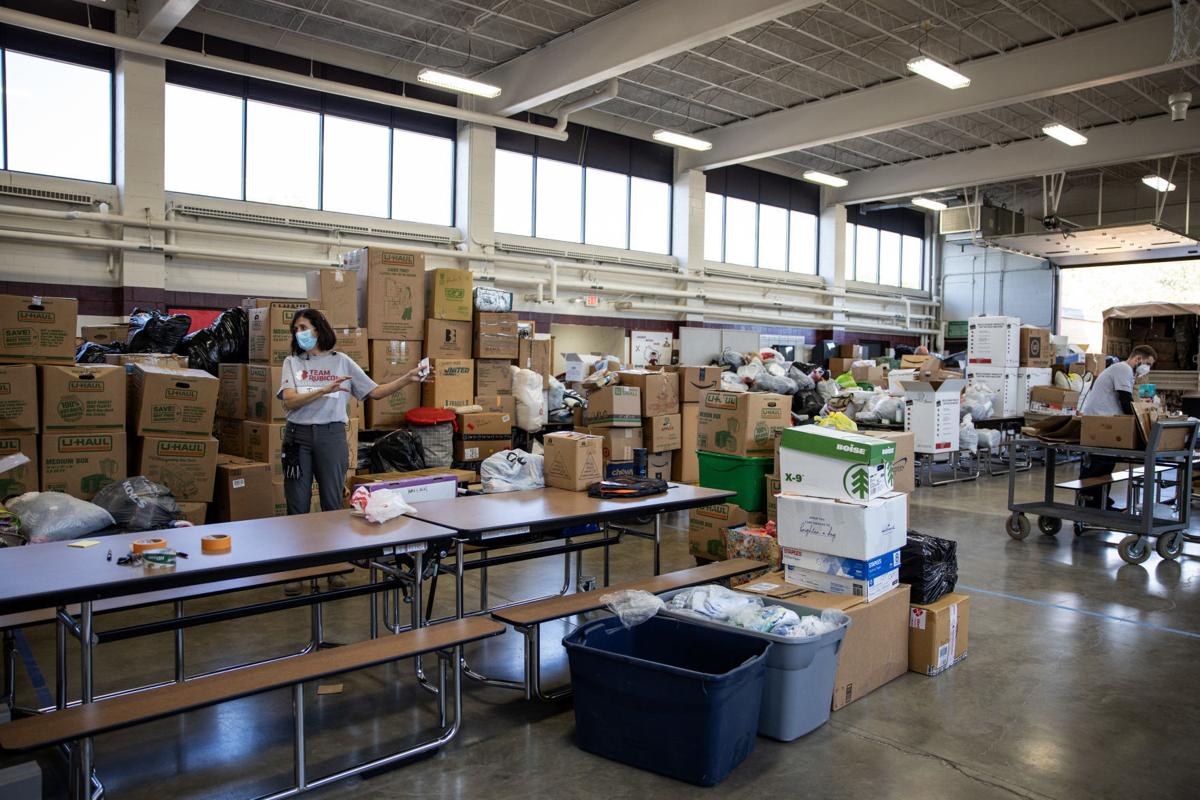 Judy Shownkeen, a volunteer with Team Rubicon, describes the process for collecting and organizing clothing donations inside a warehouse at the National Guard Armory in Sparta. She's surrounded by boxes and bags full of donations.